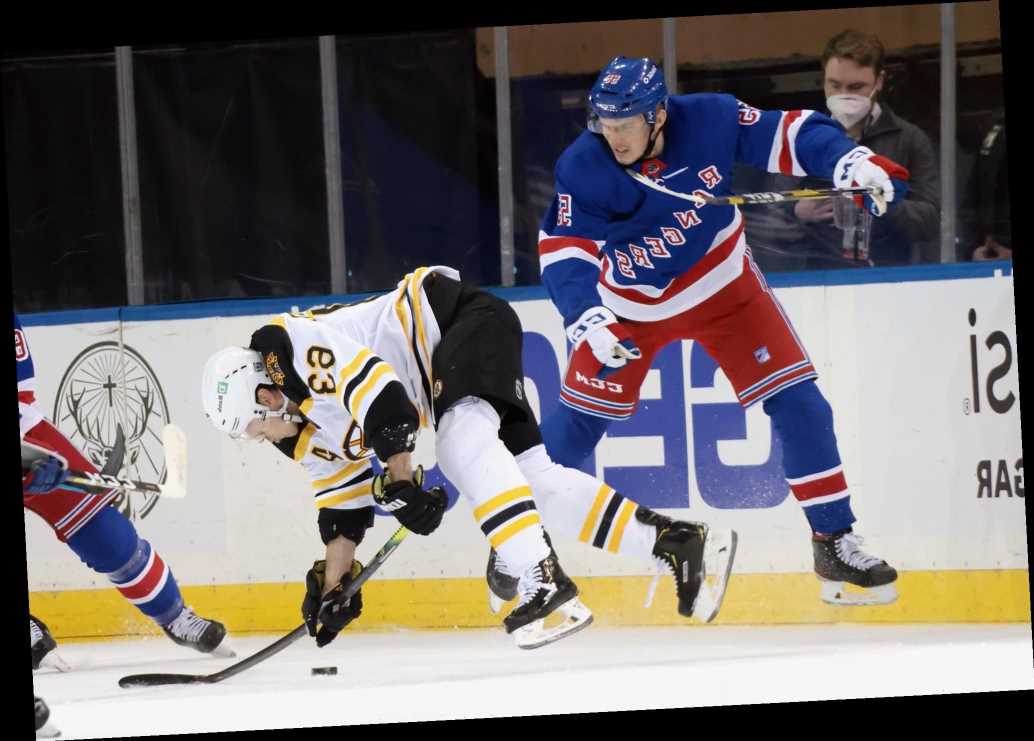 Artemi Panarin is paying the price — fishy allegations be damned

Devils' Mackenzie Blackwood showing he can be area's next great goalie

We all know that the Rangers have amassed an abundance of young, promising pieces since embarking on the Great Rebuilding leading up to the 2018 trade deadline. It is, however, still impossible to say whether the team is ahead, behind or on schedule because, let’s fact it, the final picture’s look remains not only unfinished, but also still a bit of a puzzle.

But we do know with certainty that the Rangers would not even be close to where they are today if not for the haul general manager Jeff Gorton brought back from Boston in the Feb. 25, 2018, deal for rental property Rick Nash that he was able to augment both four and nine months later.

The letter-proscribed rebuilding featured trades of Ryan McDonagh, Mats Zuccarello, Kevin Hayes and J.T, Miller among the marquee players sent off Broadway, but the bounty received for Nash represents the grand prize in this process.

Ryan Lindgren came from the Bruins during his sophomore season at the University of Minnesota after his second-round selection in 2016. A first-round draft choice was included, as were salary-dump Matt Beleskey and an out-of-favor Ryan Spooner. OK, looks good, but perhaps not so special.

But Gorton wheeled the Bruins’ first rounder and the Devils’ second rounder (obtained at the deadline for Michael Grabner) to Ottawa to move up from 26th to 22nd overall in order to select K’Andre Miller. And in November 2018, after a string of desultory performances from Spooner, who never invested in David Quinn’s program, Gorton sent the forward to Edmonton in exchange for Ryan Strome.

So in essence, Lindgren, Miller and Strome, all of whom were key ingredients in Friday’s Garden party of a 6-2 victory over the Bruins in front of approximately 1,800 fans who almost made it sound as if it were June 14, 1994, all over again, in exchange for Nash and his expiring contract.

The Blueshirts were even better than that in this one, playing with smarts, with swagger and with a controlled fury against a Boston team that has lost four of its last five. They didn’t back down, and they didn’t back up. On the contrary, the Rangers stood up and owned the battle areas. They owned the neutral zone. Simple, hard-edged plays straight throughout the lineup enabled talent to thrive.

“No one was backing down tonight,” said Lindgren, who had four hits and a pair of assists on this plus-three night. “They’re a physical team. They like to jaw after the whistle and, you know, do things like that. We weren’t backing down. We were giving it right back.

“And we were smart with our physicality, too. We weren’t taking dumb penalties. It was a great team effort, and we came to play tonight.”

One of those four credited hits among the Rangers’ credited total of 32 (17 in the first period) came with about 40 seconds remaining in the first period, when Lindgren lowered his shoulder and the boom on David Pastrnak, sending the Boston winger to the ice as he attempted to carry up the right boards through the neutral zone. Oops. Sorry. Roadblock in the way. Pastrnak should have checked Waze.

“I mean, you saw him coming down the wall, and I knew he was going to try to get the red [line] and dump it in,” No. 55 said. “So I just tried to finish my hit and the fans loved it. So it felt good.”

Lindgren was regarded as a marginal prospect when Boston GM Don Sweeney sent him to the Rangers. The read on him was “great leadership qualities.” It sounded like a “great personality,” scouting report on a first date. Soon after the deal, Lindgren left school following his sophomore year and joined the AHL Wolf Pack on an amateur tryout. He spent nearly all of 2018-19 in the AHL before busting onto the scene early last season.

He has formed a perfect union with Adam Fox, with whom he was a teammate and often a defense pair partner on Team USA’s 2015 U17 team and 2016 U18 team, and on the U20 team in 2017 and 2018 at the World Juniors. Lindgren is as tough to play against as any Rangers defenseman since Jeff Beukeboom, but his game is more than that.

“My relationship with Ryan goes back to the national program and was very familiar with him as a player and a lot of the intangibles he brought to the game,” Quinn said. “I thought he had a chance to be an NHL player, but this is a guy that has willed his way to being a good NHL player in a short period of time.

From there, the compliments to Gorton. For there on the ice were Lindgren, Miller and Strome. Lettermen, by any other names.