UNLIKE some Festivals, York ends with somewhat of a crescendo as it's Ebor day on the Kanvesmire.

Added in to the mix are the likes of the Strensall and City Of York Stakes, and to top it all of the Melrose Handicap. Callum Jamieson gets stuck in. 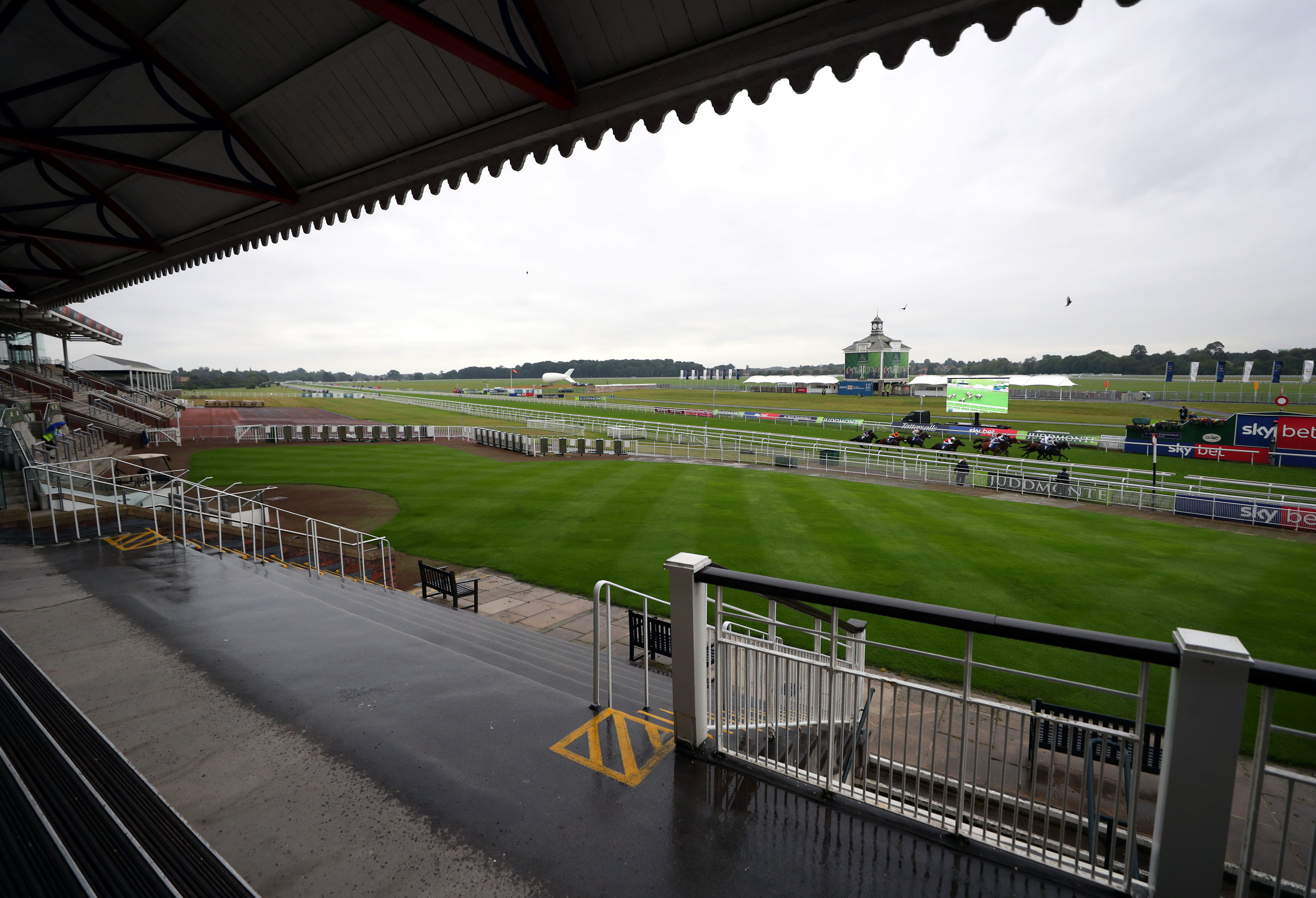 Bet £10 on first race at York Saturday, get £5 free bet on all remaining races -CLAIM HERE

T&Cs: New customer offer, place a single £10 (or £5 e/w) Sports bet on the first race York Saturday 22nd August and get a £5 free bet for each of the subsequent races on the Card. Deposits using cards or Apple Pay only. Free bets are only valid for the specified race and are awarded when the qualifying bet has been settled. Free bet stakes not returned with winnings. T&Cs apply. 18+ Begambleaware.org

You don't get many nine furlong races on these shores and it makes for a fascinating field in this competitive Group 3.

You may struggle to find many better races for the grade this summer and the betting suggests it is a wide-open affair. It certainly looks that way.

But the one I quite fancy is DARK VISION. The Johnston's have been making use of his handy handicap mark for much of the season, but they are out of the window now and he's ready to step back into Group company.

He's got back on track this season and has progressed through better races.

He got home by a neck last time at Listed level, but that was a messy affair and he can improve on that.

The extra furlong is no issue and I expect him to go close at decent odds.

He edged out Beringer that day at Pontefract and he looks an each-way player the way he shaped on that comeback run. I wouldn't put anyone off chancing him.

Lord Glitters will head the betting. He won this back in 2018 but his form has been hit and miss since coming back from a setback.

He wouldn't be for me at the prices but is the deserving favourite given his back form and course and distance form.

Pogo has progressed at a rate of knots this summer. His third in Group 1 company last time may prove a bit wishy-washy though and he's still best-watched for now.

One of my favourite races of the season, it pits up and coming three-year-old middle distance and staying handicappers up against one another.

Spotting one going under the radar gets harder every season but there are two I want to side with.

The likely favourite Favorite Moon is certainly the one they have to beat and is surely ahead of his mark.

His defeat of Subjectivist at Haydock in early July is rock solid form and he's not been seen since. You can be fairly confident trainer William Haggas has always had this race in mind for him and wasn't going to be wasting his rating of 87 elsewhere.

But he's short enough in a race like this, where you do need things to fall your way.

Kipps has been a frustrating horse to follow for punters since his eye-catching run at Haydock in June.

He's gone up 5lbs without winning twice since and has looked a bit of a monkey on occasions.

He blew his lid before the race last time at Newmarket and ran okay considering. He's been dropped a few pounds for that and goes back up in trip.

Perhaps tellingly Ryan Moore sticks with him and that may be a sign Moore knows there is a big run in there at some point.

His second to Hukum at Ascot reads very well and I just pray he can put it all together now.

My other dart is Mambo Nights from the Richard Hannon team. He's won his last three and has flown up the weights.

But he keeps finding more and only does enough each time. Connections think he may be one for the Leger and if that's the case then he must be a player in this off a mark of 99.

This is a fantastic Group 2 and I'm siding with THREAT who looks a big old price for the Hannon team.

I fancied him to go well at Newbury on Saturday but he was pulled out on the account of the ground. They shouldn't get that excuse here.

It is a bit of a leap of faith, he's been hit and miss to say the least, but I was taken with how he looked before the July Cup and now back up to his perfect trip, I really think there will be another big run in him.

One Master is the one they all have to beat. William Haggas' mare is superb at this trip and the ground should dry sufficiently for her.

She is a Group 1 filly given conditions and trip, so in theory should win this. I wouldn't put anyone off backing her, but perhaps foolishly I'm going to take her own so soon after her Goodwood run factored into the price.

Another one with a big chance is San Donato from the Roger Varian team.

He was a big eye-catcher in the Sussex Stakes and the drop in trip is a plus, even if I'd personally like to see him over six and not seven.

The Ebor takes plenty of winning these days. A handicap only in name, you need to be Group class to win this.

I'd put no one off any of that trio, but my main dart would be TRUESHAN from the Alan King stable.

He's fairly lightly-tried as a stayer but has done enough to warrant a mark of 109.

You have to go back to 2013 to find the last four-year-old that won the Ebor, but this lad can buck the trend.

He's versatile on the ground and his defeats of Hamish, First In Line and Caravan Of Hope read very well.

He would have been aimed at this a way out and King is brilliant with these types of horses. I think he's a fair enough price.

At bigger odds SHAILENE could be worth an each-way stab. She improved dropped into a handicap last time out and is only a few pounds higher here over the same trip.

Bet £10 on first race at York Saturday, get £5 free bet on all remaining races -CLAIM HERE

T&Cs: New customer offer, place a single £10 (or £5 e/w) Sports bet on the first race York Saturday 22nd August and get a £5 free bet for each of the subsequent races on the Card. Deposits using cards or Apple Pay only. Free bets are only valid for the specified race and are awarded when the qualifying bet has been settled. Free bet stakes not returned with winnings. T&Cs apply. 18+ Begambleaware.org

Not a race I have an overly strong opinion on as the market looks to have got it pretty spot on.

The favourite must have a massive chance judged on his Goodwood effort and BEN MACDUI would be my pick.

Whether I back him will depend on the prices come the day with a few potential improvers tucked away in this field.

For a Listed race there's some depth to it and Andrew Balding's Politics must be well thought of for connections not to make use of a mark of 81.

He'll need to improve from his Sandown win, but he did plenty right that day and the form has some boosts in behind.

Acklam Express won very well at Goodwood and deserves a step into this grade. If he kicks on again he will be bang there.