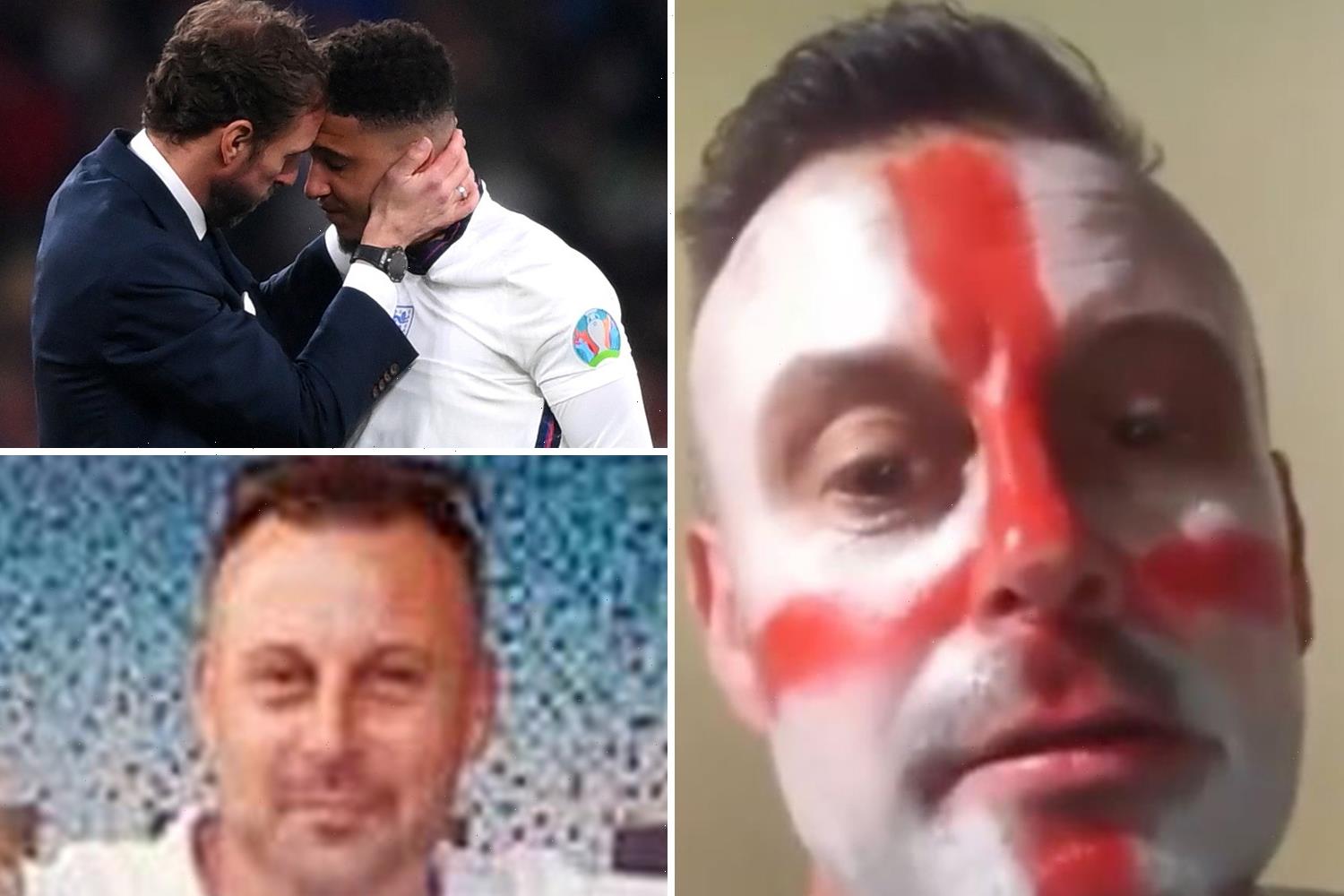 A RACIST lout who filmed himself abusing England players has never been to a game in his life, outraged pals say. 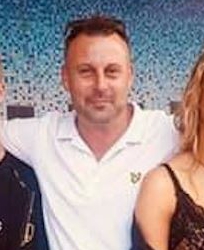 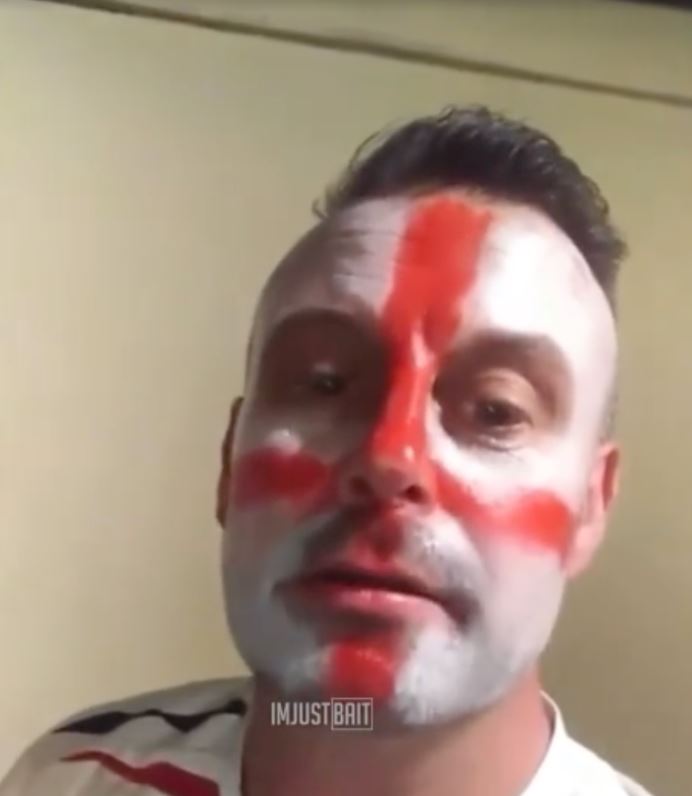 The 49-year-old was arrested in relation to a malicious communication but has since been released pending further investigation by the CPS.

Pretty painted an England flag on his face as he launched into a racist rant against the Three Lions heroes.

He has also previously covered his home in Kent in flags and claims to be a football fan.

But one friend claimed that Pretty has never stepped foot inside an England game in his life.

The pal, who didn't want to be named, told The Sun Online: "He's a big Liverpool fan. He doesn't ever go to Liverpool or England matches.

"He's more of a supporter who sits at home and watches it."

Pretty had enjoyed a "party atmosphere" at his home before filming the sickening racist abuse.

"Proper deflated. Gotta be proud of the boys, be proud, but anyone and everyone that knows me well will understand what I'm talking about.

"Three lions on a shirt, right. How many times have we seen England players, w*** take penalties for us and f*** it up.

The friend described how Pretty wouldn't go out and "start trouble" but regularly calls players "black c****" if they miss penalties or free kicks.

He added: "I’m disgusted. He needs bringing to justice.

“The whole family is disgusted with him.

“For him to come out with this people are fuming at him. He’s ruined his life. Any kind of racism like that is completely wrong.

“He’s an absolute scumbag. I wouldn’t pee on him if he was on fire."

After Pretty posted the video, he shared a rambling post defending his vile actions.

The tradesman said: "Ide just like 2 say 1 word to those that have commented back to me and are unhappy with my vid rant I put on FB last nite……B*******!”

It came after he apologised for posting the clip on Sunday night but branded haters "twats".

He said: "Apologies 2 any 1 I have offended but so many people want 2 say a lot of things but don’t ave the balls of gumption Cox of how this country and its rules laws and governments have manipulated as well as controlled wot we are not allowed 2 say because of this b******s called political correctness.

Outraged friends have also slammed the plasterer – including a local landlord who has banned Pretty from his boozer.

The manager told The Sun he will be refused entry as they "won't stand" for the disgusting comments.

They added: "We weren't impressed at all. He's obviously drunk and ruined his whole life with a one minute video.

"We know he's actually got nieces who are not white so just can't understand why he would say something like that.

"If he was to come back here, we would actually say to him to stay away for a little while because we do not stand for that at all."

The disgusting footage came to light as police forces up and down the country arrested four people in relation to racist abuse.

The racists have since been slammed by Prince William, Boris Johnson and England players after causing global outrage.

Rashford said he would "never apologise for who I am and where I came from".

While Sancho said society "needs to do better" but added: "Hate will never win."

Harry Kane also aimed a message at so-called fans behind the abuse, saying: "We don't want you." 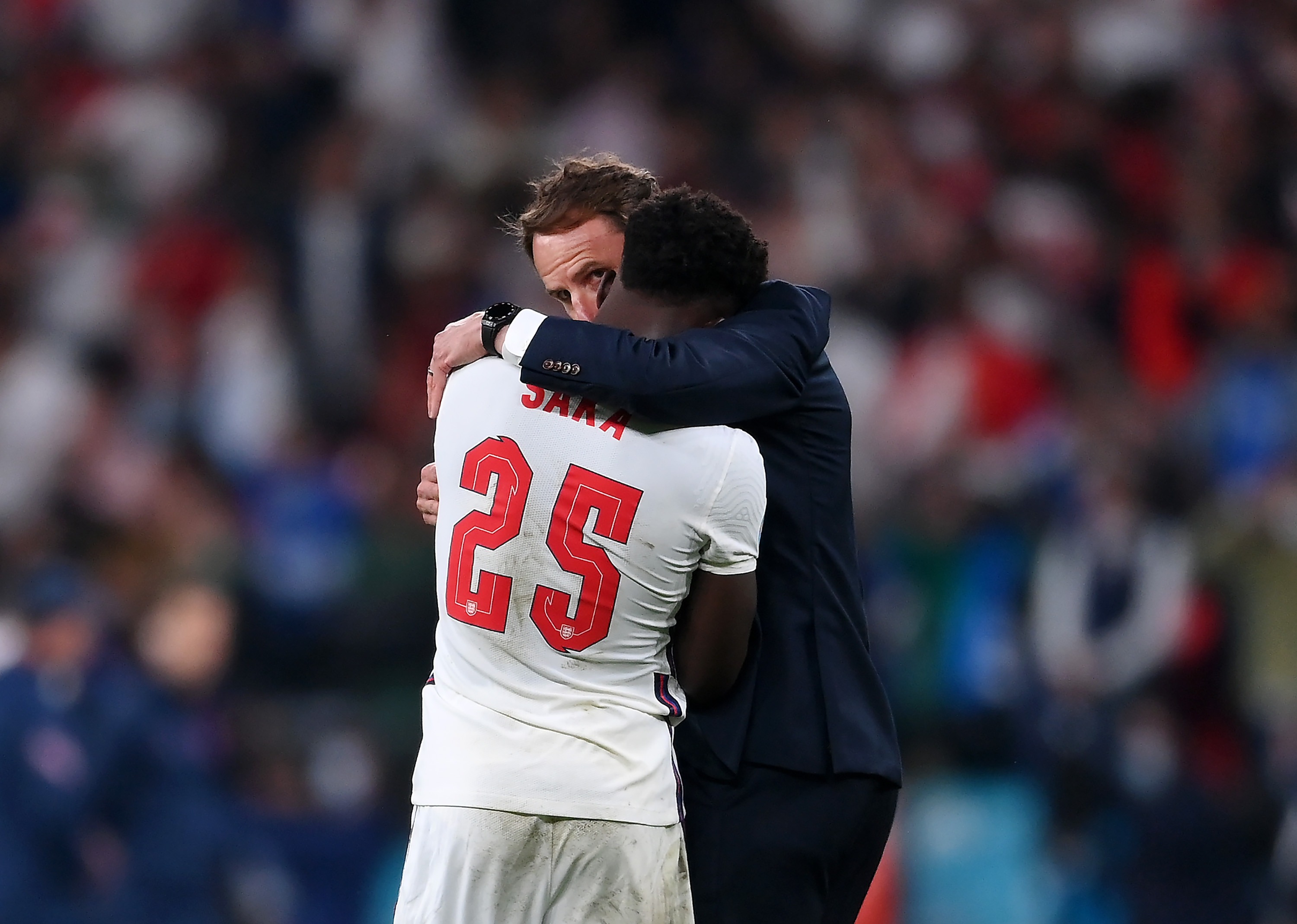 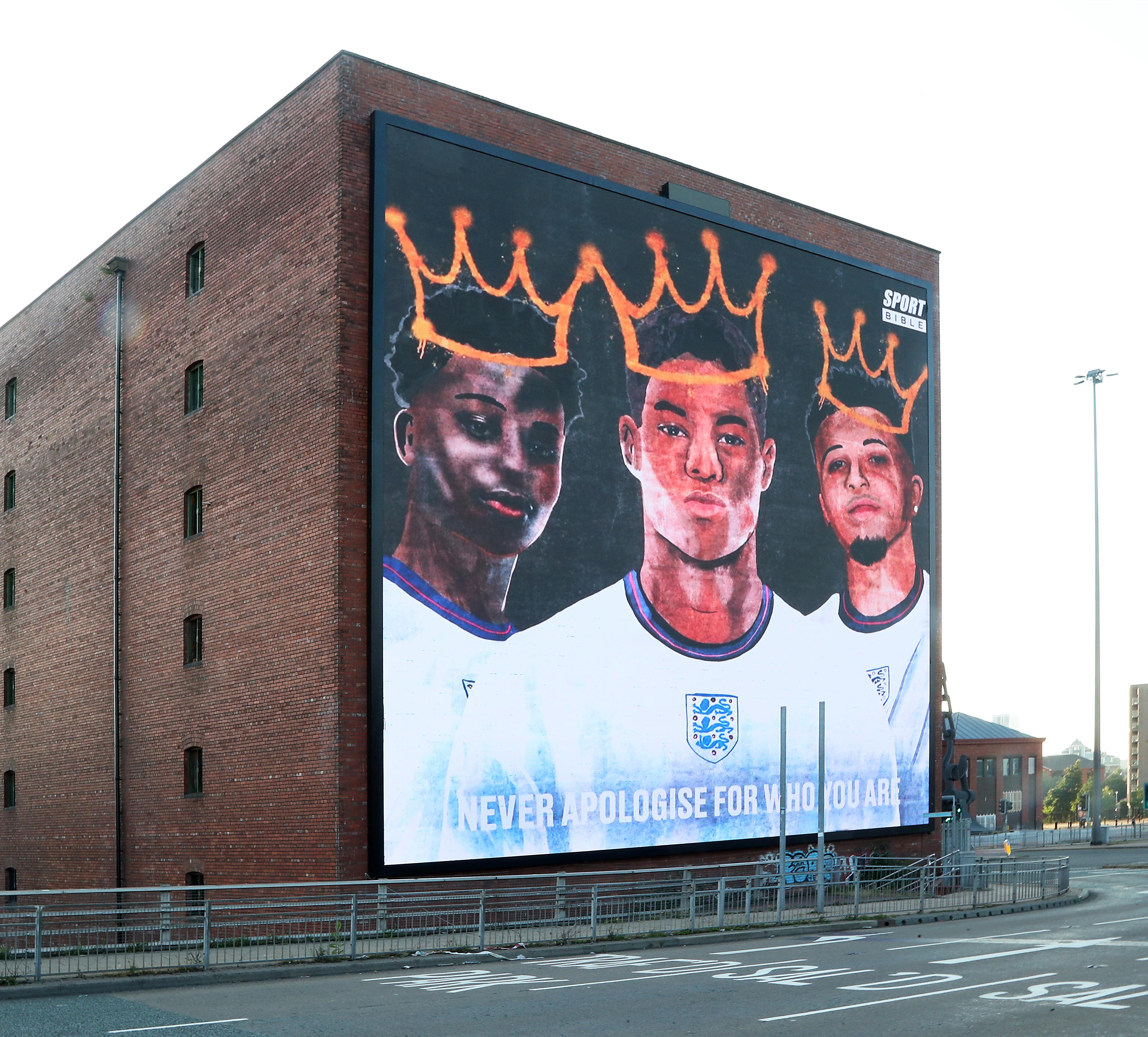