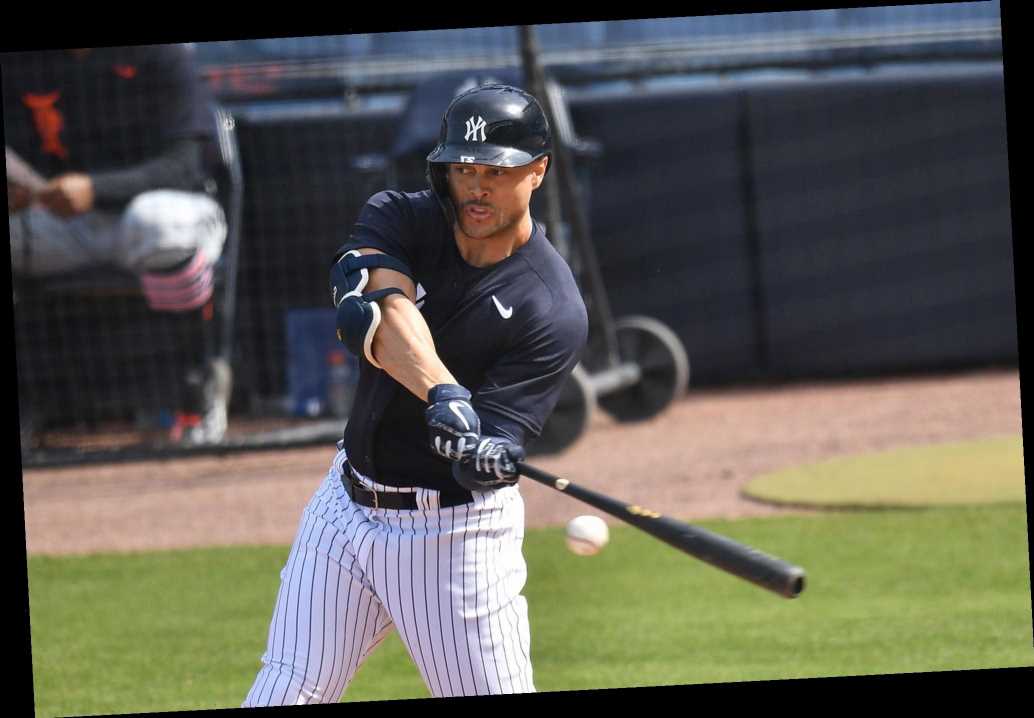 This is how many fans Yankees will have early in season

Giancarlo Stanton has played just 41 regular-season games the past two seasons, but it’s the seven games he appeared in during the playoffs last October that the Yankees would like to see starting Thursday, when they open their season against the Blue Jays in The Bronx.

“When we can keep him on the field, he’s one of the scariest hitters in the game,’’ general manager Brian Cashman said Monday. “And he’s been able to stay on the field through spring.”

But both Cashman and Stanton know that only means so much.

Asked last week if he was bothered when he’s questioned about his durability, Stanton said, “It is what is. You’ve got to be out there on the field if you don’t want questions.”

The 31-year-old looked good enough this spring that Aaron Boone said he considered trying him in the outfield again, before ultimately scrapping the idea because the Yankees have plenty of outfielders and don’t need to risk Stanton.

Stanton finished the spring with just one Grapefruit League homer but consistently hit the ball hard — including in Monday’s finale, when he drilled a line-drive double to left.

The Yankees know it will be at least a month before they are able to put out their ideal lineup, because Luke Voit is out until May at the earliest following surgery to repair a partially torn meniscus in his left knee. And Aaron Judge sat the last three games of the spring — two by design and the third because of allergies — but Boone said he’d be “ready to go” for Opening Day.

A healthy and productive Stanton would change the look of the Yankees’ offense, which he showed last October when he hit six homers, drove in 13 runs and amassed a 1.426 OPS in seven games.

“They haven’t been fun,’’ Stanton said of the past two seasons, when he’s been hampered by a multitude of injuries — from his biceps, to his knee, to his calf. “I’ve kind of been playing catch-up the last few years, and that’s never a good thing with the amount of games we play, where you start [and] stop. In this game, you’ve got to be rolling. You might not play your best ball until the third, fourth or fifth month. If you’re only [playing] one or two [months] at a time, your potential is limited.”

A year ago, Stanton got off to a torrid start, going 8-for-16 with two homers and two doubles. But that success — and good health — was short-lived. He ended up missing more than a month with a strained left hamstring before returning for the final two weeks of the regular season, when he struggled at the plate.

That all changed in the playoffs.

Brett Gardner said Stanton “looks great. He looks like he hasn’t skipped a beat from what we remember him being like last October. … We’re expecting a big season out of him. He’s a guy, as we’ve seen in the past, [who] is capable of impacting the baseball and impacting the game, and I’m looking forward to seeing him play a full season and what he can do.”

So is Cashman, who believes the work Stanton — and others — have done with Eric Cressey, the team’s director of player health and performance, will pay dividends.

“I know he looks good, but he’s the type of athlete, when he’s playing, of course he’s gonna look good,’’ the GM said. “When he’s out on the field, he stands out. He’s worked really hard, is committed and responded well to the training adjustments. … We’re doing everything in our power, as is he, to keep him healthy, because when we’ve been able to do that, he’s a force to be reckoned with.”