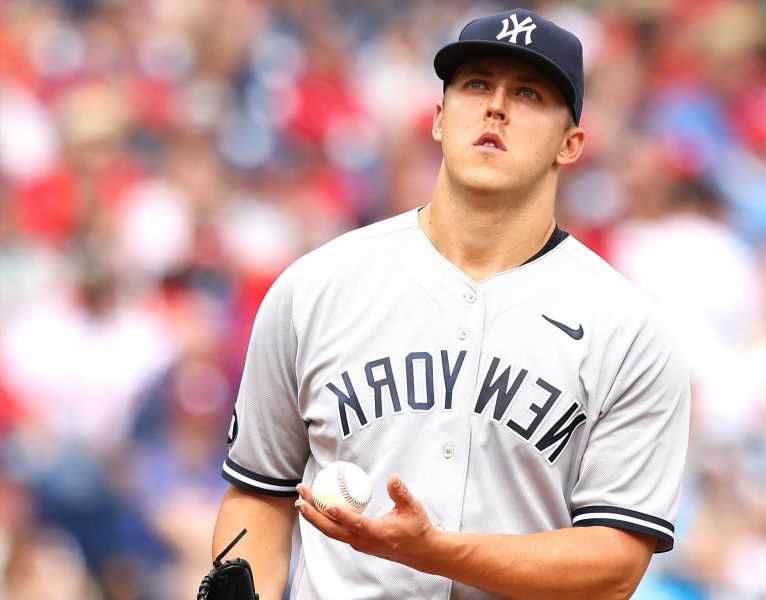 The Yankees’ bullpen get closer to being full strength

Bet against the Yankees in this one

Yankees have to seriously consider these trades: Sherman

PHILADELPHIA — For a second consecutive game, the Yankees couldn’t count on Aroldis Chapman.

After blowing what seemed to be a certain win on Thursday in Minnesota, the Yankees closer lost another game Saturday, when Jean Segura won it for the Phillies in the 10th with a sharp single to third to drive in extra runner Ronald Torreyes in an 8-7 loss at Citizens Bank Park.

Torreyes started the inning on second and moved to third on pinch-hitter Travis Jankowski’s sacrifice bunt. A throwing error by Chapman allowed Jankowski to reach on the play.

Chapman got Odubel Herrera on a popup for the first out before Segura ripped a shot that was stopped by a diving Gio Urshela, but Urshela’s throw home wasn’t in time.

It was Philadelphia’s third straight walkoff victory, wasting DJ LeMahieu’s game-tying, three-run homer in the top of the ninth and Gleyber Torres’ game-saving stop in the bottom of the inning.

Chad Green struck out Torreyes to end the bottom of the ninth with runners on the corners after Torres made a terrific diving grab of Alec Bohm’s grounder up the middle for a forceout. Bryce Harper, who led off the inning with a double, would have scored the winning run on the play if it got through.

The Yankees had a chance to take the lead in the top of the inning before Hector Neris recovered from the LeMahieu homer to strike out Aaron Judge and Gleyber Torres to keep the game tied into the bottom of the ninth.

It came on a day when Jameson Taillon couldn’t get out of the first inning and received more bad news when Luis Severino was forced out of his minor league rehab start with a right groin injury that will delay his comeback from Tommy John surgery even more.