THE LEGENDARY Hart Foundation have been confirmed as the latest inductees into WWE’s Hall of Fame.

Bret “Hitman” Hart and Jim “The Anvil” Neidhart were announced as part of the class of 2019 by the wrestling company’s website today. 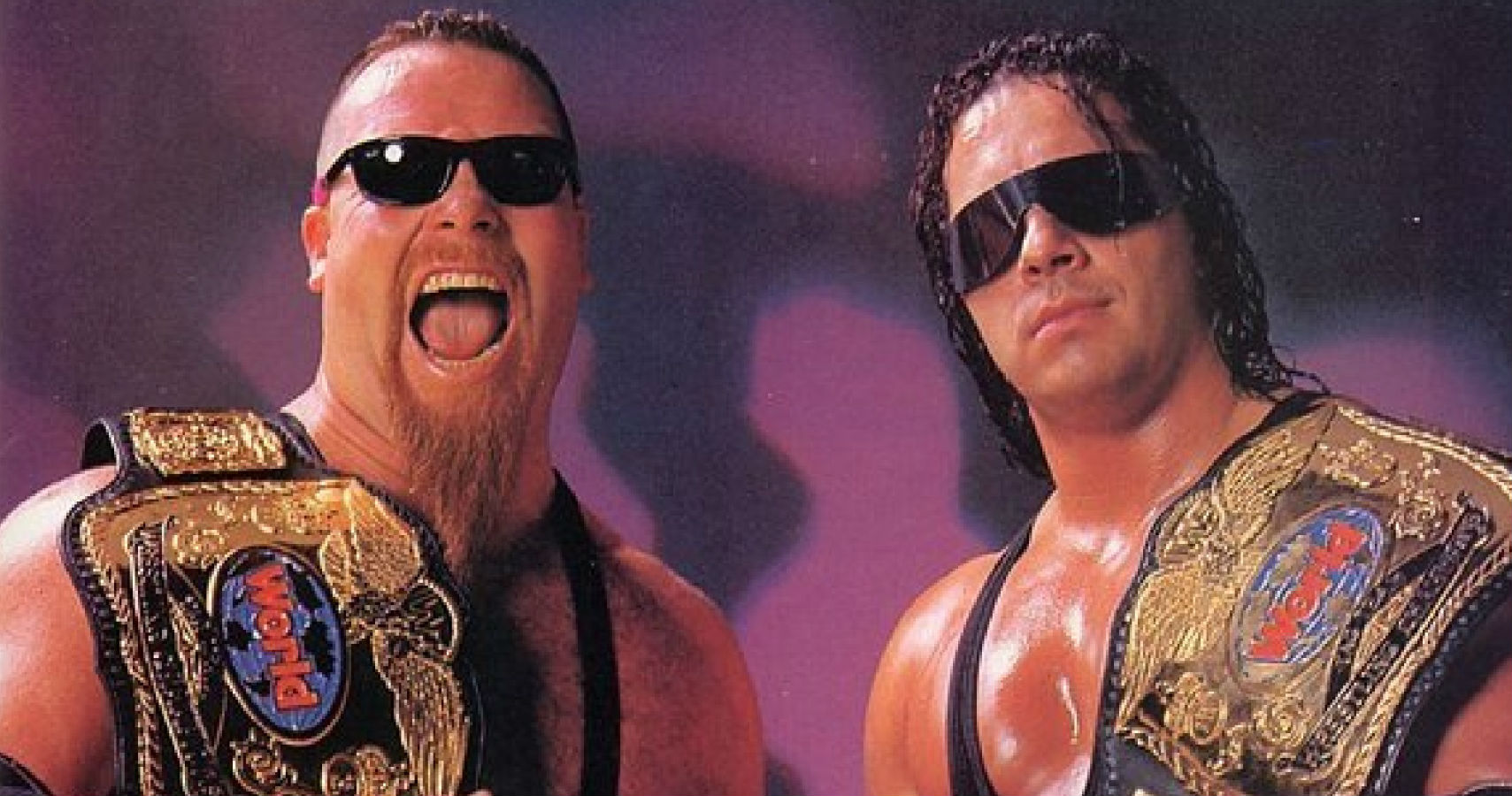 And they will join D-Generation X, the Honky Tonk Man, Torrie Wilson and Harlem Heat in being honoured at the bash on April 6 in Brooklyn, New York.

Former Tag-Team champions The Hart Foundation shot to fame in WWE during the late 80s and early 90s.

Neidhart, who passed away in August, first teamed up with Hart in 1985 and were managed by “The Mouth of the South” Jimmy Hart.

The partnership was hugely-successful as they battled fellow iconic duos such as The British Bulldogs and The Rockers.

They debuted at WrestleMania II and held the tag titles on two occasions before splitting up to go it alone as single competitors in 1991.

Next month’s accolade will also make Hart a two-time inductee into the Hall of Fame.

“The Hitman” told Yahoo Sports: “It was very emotional for me.

“It really means a lot to me and I think it would mean a lot to my late tag partner, who would be really honoured to be in the Hall of Fame.

“I think we both were really proud of our work as a team.

“I had hoped for years that we would get inducted together and get to go on stage together, but that’s not going to happen now.

“Emotionally, I feel really proud and I’m glad to get a chance to speak for Jim and I know he’ll be listening.”

WWE's annual showpiece WrestleMania takes place on April 7 from the MetLife Stadium in New Jersey, but when can you get tickets for it?