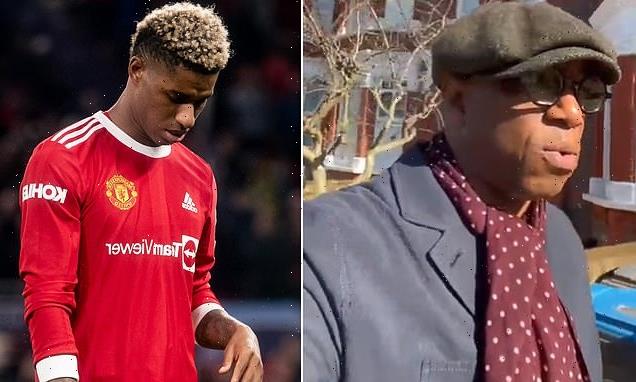 ‘Don’t be f***ing sorry for that!’: Ian Wright defends Marcus Rashford and tells Manchester United striker to ‘stand your ground’ after he is forced to deny making rude gesture to fans following defeat by Atletico Madrid

Rashford, who was initially thought to have put up his middle finger to fans, denied making that gesture and posted a lengthy message online admitting emotion overcame him. 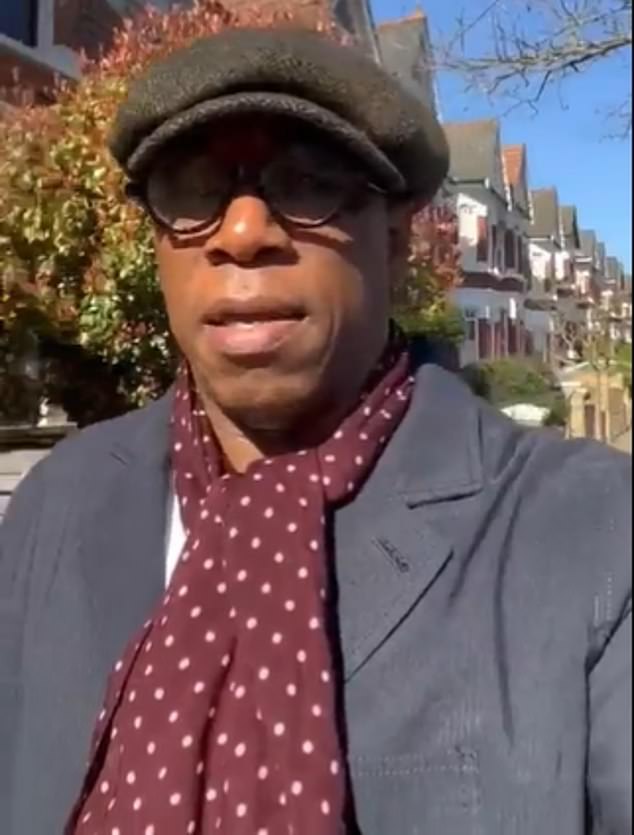 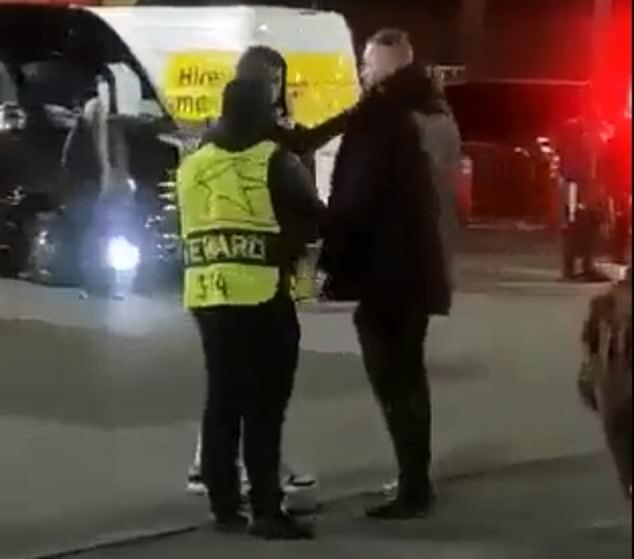 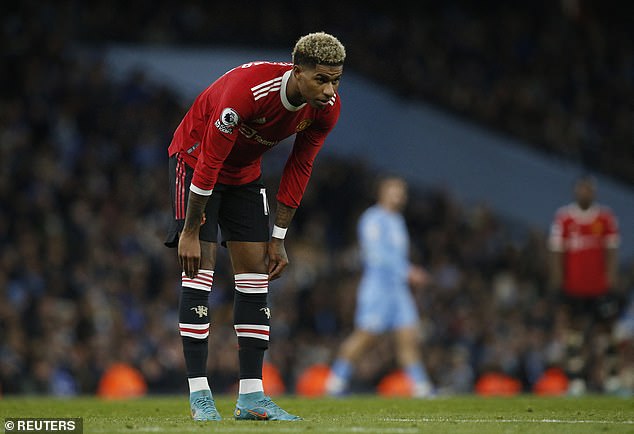 The altercation came after United’s elimination from the Champions League

Wright says Rashford has nothing to apologise for and shared a video of his own, addressing the situation.

The Arsenal legend said: ‘Yo what’s up, what a beautiful day. Someone just sent me the Marcus Rashford video where he confronted the fans because the fans were digging him out and he offered one of them out. 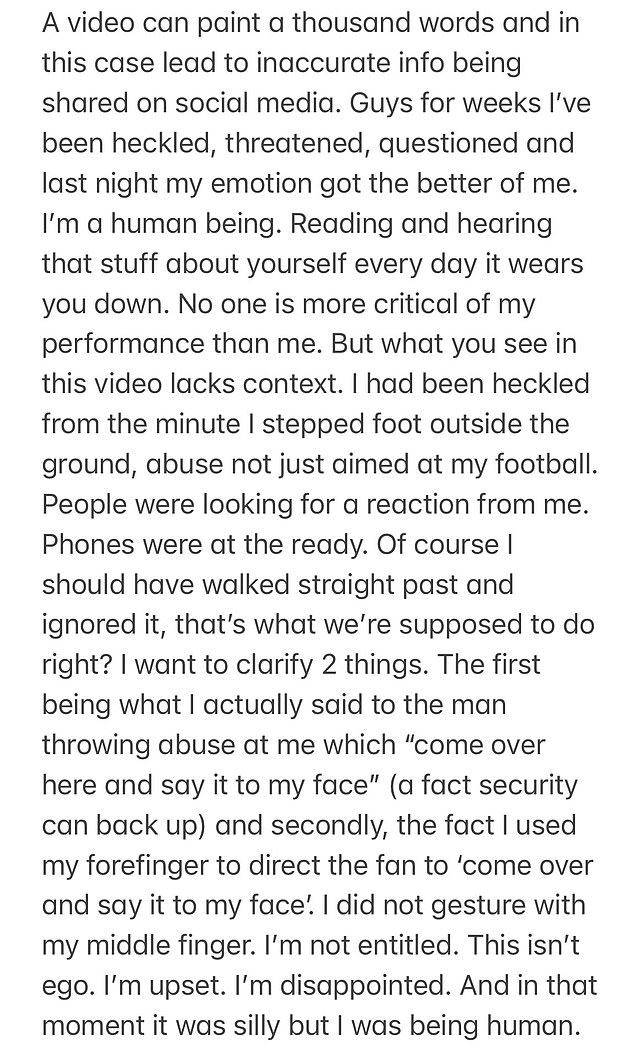 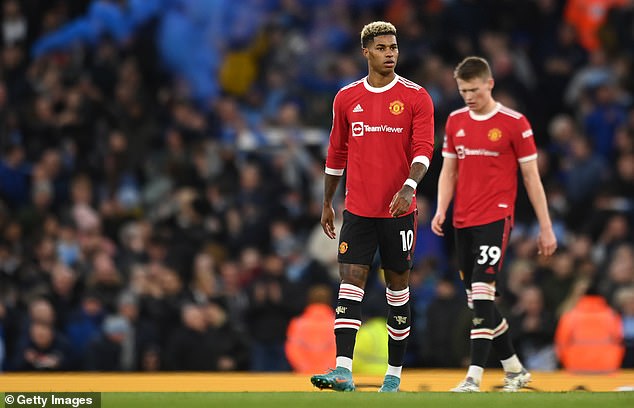 ‘Marcus, stand your ground bro. Tell them about their raasclaat self yes? You know what I mean – you’ve got these people jumping on “Oh Marcus is so sorry” – don’t be f****** sorry for that bro.

‘Some of them fans love giving it and they can’t take it man. You just do your stuff and get back to where you need to be bro on your playing. F*** them fans bro. Everybody, have a nice day.’

Rashford has been out of favour under Ralf Rangnick and his form is nowhere near the level previously seen for the club.

He is understood to have travelled overseas for a short break to recharge his batteries and clear his head with United’s squad, who have been given the rest of the week off. 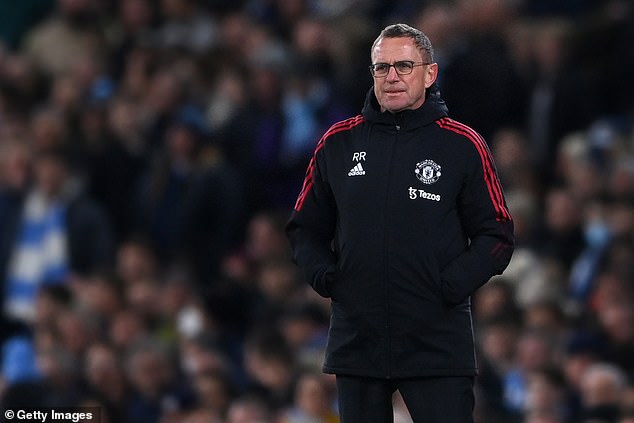 They are not due back in action until April 2 against Leicester.

Rashford had earlier insisted: ‘I did not gesture with my middle finger. I used my forefinger to direct the fan to “come over and say it to my face”.

‘I had been heckled from the moment I set foot outside the ground, abuse not just aimed at my football.

‘People were looking for a reaction from me. Phones were at the ready.

‘Of course I should have walked straight past and ignored it, that’s what we’re supposed to do right? My emotion got the better of me.’

Rashford could only make the bench for Tuesday’s game and his second half substitution did little to change the course of the game.

There is a possibility he could leave the club this summer but manager Ralf Rangnick wants the forward to concentrate on rediscovering his best form. 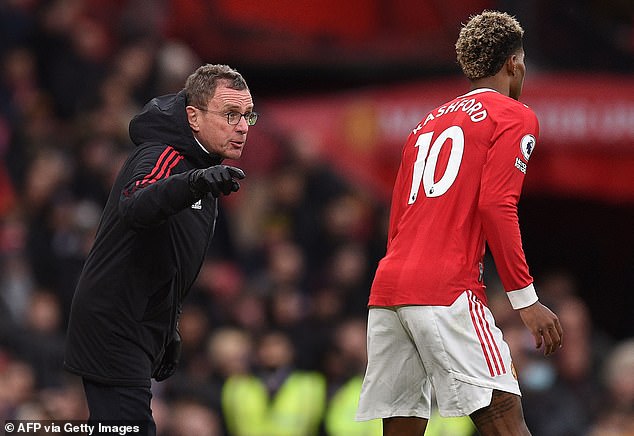 ‘I spoke with him and there was no mention of him not being happy here,’ said United’s interim boss.

‘Suppose he and his agents or his family at one stage think about maybe going to another club, well then he can do that but in the summer. Now the window is closed.

‘We should just finish this season as well as we possibly can and then there is enough time in the summer to speak about that.

‘Right now, nobody knows who will be the manager, how the club will be lined up in the hierarchy.’