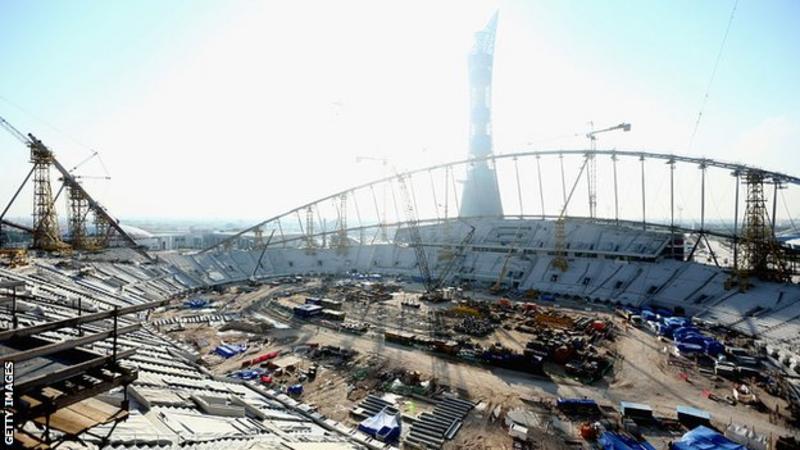 Workers helping to get Qatar ready for the 2022 World Cup continue to be mistreated despite promises to improve rights, Amnesty International says.

A new report from the human rights group says thousands of workers are going unpaid.

It adds that a new commission set up to help improve workers’ rights is failing to protect them.

Amnesty has urged Qatari authorities to “end the shameful reality of labour exploitation”.

“Despite the significant promises of reform which Qatar has made ahead of the 2022 World Cup, it remains a playground for unscrupulous employers,” said Stephen Cockburn, Amnesty International’s deputy director of global issues.

“Migrant workers often go to Qatar in the hope of giving their families a better life – instead many people return home penniless after spending months chasing their wages, with too little help from the systems that are supposed to protect them.” 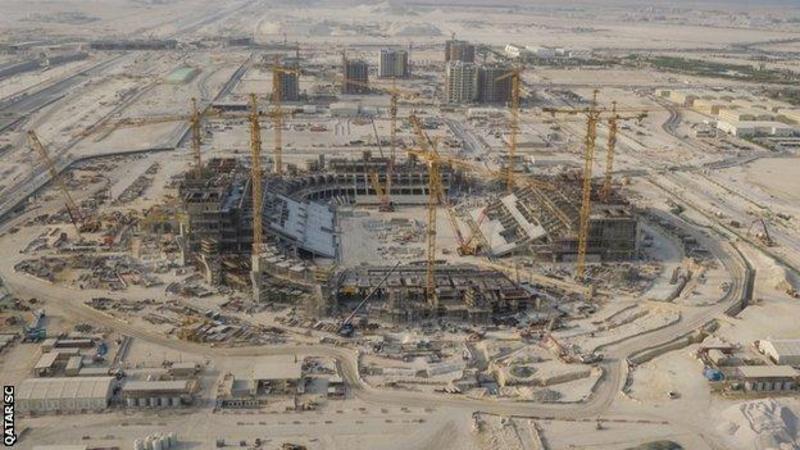 The report, All work, no pay: The struggle of Qatar’s migrant workers for justice, cites the example of “several hundred” contractors who were forced to “return home penniless” after the companies employing them first stopped paying them then ceased to operate.

Those changes included ending the labour sponsorship system that forced foreign workers to seek their employer’s permission to change jobs or leave the country.

However, Amnesty’s latest report states that several hundred migrant workers employed by three construction and cleaning companies were forced to return home without being paid.

The BBC has contacted the Qatari government for a response but following a similar report into workers’ rights in February, it said it “welcomes” the “continued interest and scrutiny” of its systems from Amnesty and claimed it penalised or banned 11,994 companies in 2018 for violating labour laws.