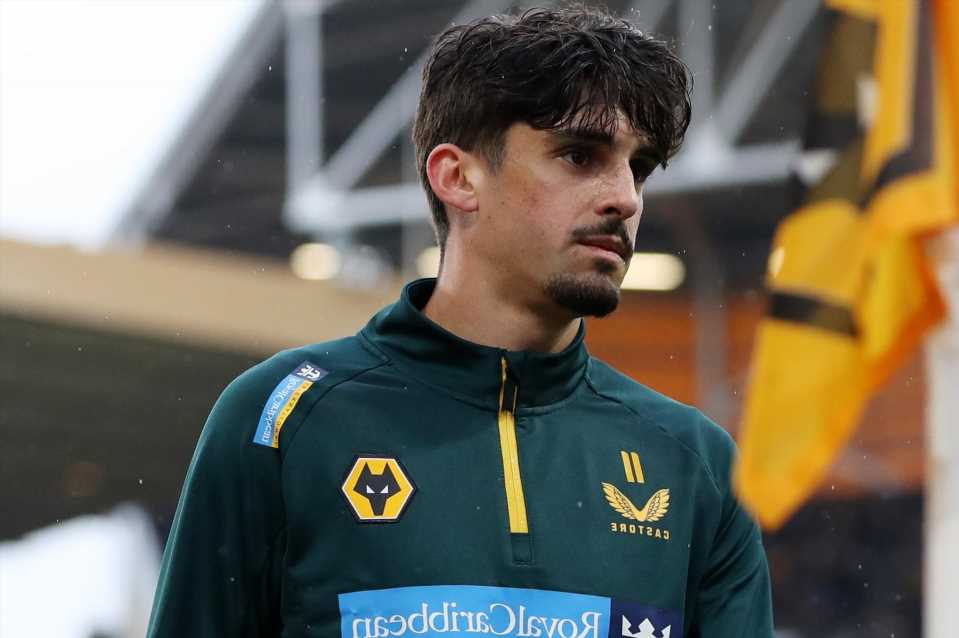 WOLVES winger Francisco Trincao has tested positive for Covid-19 and is in danger of missing his side's trip to Aston Villa on Saturday week.

The 21-year-old summer signing from Barcelona is self-isolating after he tested positive, ahead of Portugal's double-header against Qatar and Luxembourg.

Trincao was a late call-up to the Portuguese squad after Benfica's Rafa Silva pulled out.

However his hopes of adding to his seven caps were wrecked when he returned a positive rapid test on arrival at the Portuguese base – followed by a positive PCR test.

A statement from the Portuguese Football Federation read: "Francisco Trincao left the stage of the national team after having tested positive for Covid-19.

"The Wolverhampton player performed a rapid test, upon entering the stage, which was positive.

"Trincao did not participate in the training session that took place this Wednesday, in Cidade do Futebol, and was immediately placed in the care of the FPF Health and Performance Unit.

"The positive diagnosis was later confirmed by an RT-PCR test."

Meanwhile, Raul Jimenez has told David Luiz he was blameless for the life-threatening injury he suffered following a challenge by the Brazilian defender at the Emirates last year.

The former Arsenal star was the other player involved in the sickening collision which left Jimenez unconscious and suffering a fractured skull.

Medics later told the Wolves striker he was lucky to be alive, let alone playing again, while Luiz admitted he was traumatised by the incident..

Now, after returning to form with Wolves, Jimenez is on the brink of making his international comeback with Mexico.

And in a radio interview broadcast in his homeland, the 30-year-old made it clear the gruesome clash was totally accidental.

"He was going with the intention of heading the ball – unfortunately, it was on my head.

“I’ve seen it several times. I asked the video people and the social media people at the club if they had different shots of the play.

“One of their players goes to the front post and passes in front of me.

“If I didn’t take that step, I wouldn’t jump backwards, and I would have jumped in front of him.

“Jumping backwards, he caught me loose."