The Canberra Capitals are weighing up their options after being slapped with the biggest fine in Women's National Basketball League history.

Canberra coach Paul Goriss was hit with an unprecedented $2500 fine following comments he made in the media over the weekend. 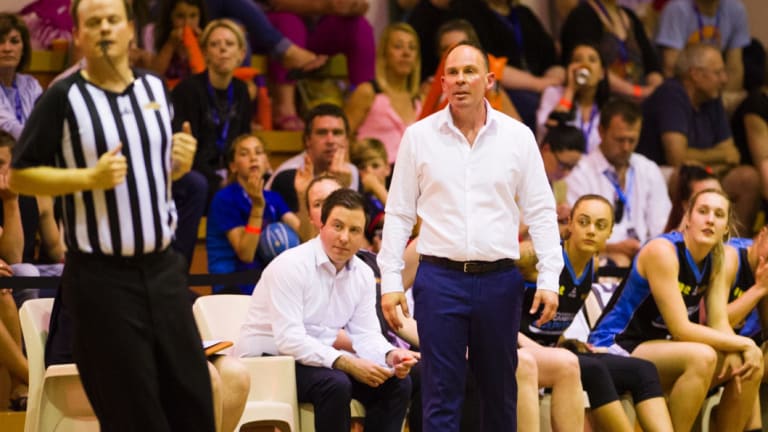 It's likely he'll appeal the penalty and Canberra officials were speaking with club lawyers on Tuesday to determine their position.

The WNBL hit Goriss with the maximum fine for publicly criticising officials and the Capitals have until Thursday afternoon to lodge an appeal.

WNBL boss Sally Phillips, who played 193 games in the league, said it was important to send a strong message that the behaviour would not be tolerated.

"From a league point of view we just can't tolerate any clubs, whether that be coaches or players, condemning the performance of referees," Phillips said.

"I'm really passionate about this. I look at the sport I watch in this country and refs aren't being treated respectfully and that's a real concern for me.

"What's going to make a 10 or 12-year-old say 'Reffing is something I'd be keen on pursuing' when they see that. To continue to get high-class refs in sport I’d like to see players and coaches in all sports show more respect.

"We all know sport is an emotional game and I played for a long time and none of us like getting a call we don't think is the right decision or fair but watching a lot of sport in this country I'm pretty disappointed with how officials are being treated and maybe it's something we need to talk about more in Australia."

Phillips admitted tensions were boiling over between officials and coaches across the league and said she'd look to bring the parties together to resolve their issues as soon as possible.

"I definitely can feel there is frustration and that would be coming from both sides so I'll be definitely speaking to our CEO Paul Maley this afternoon to see what we could potentially do as a league to settle this situation down a little bit," Phillips said.

"I certainly don't want to be handing out fines every week and I'm here to listen to both sides so we’ll do all we can from our end to get the parties together and have a healthier relationship." 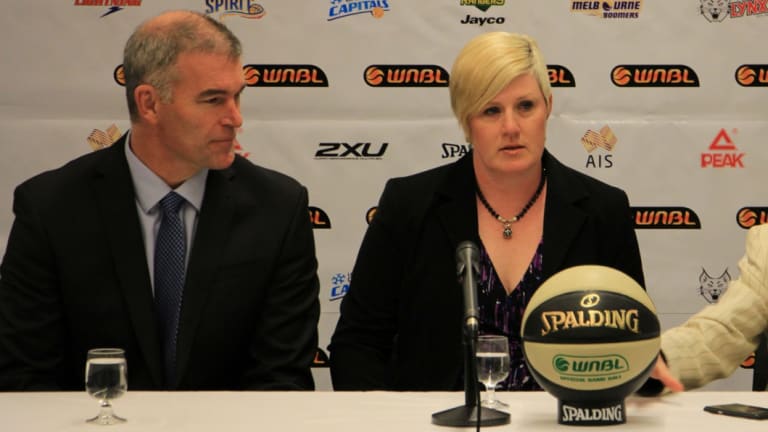 Another lingering frustration for clubs is that referees only officiate games in their home cities. But Phillips said they are looking to send more referees on the road.

"That's started over the last couple of weeks, we’ve tried our best to find money in the budget for referees to be able to travel, we recognise that's an issue," Phillips said.

"I don't think anyone wants to be rested but we're definitely looking into getting more refs on the road. Over the last couple of weeks we've endeavoured to travel more referees and we'll continue to look to do that as much as we can over remainder of the season."

Phillips stood by the training and support the WNBL provided its referees but emphasised they don't have a bottomless budget.

"I see how hard our referees manager works, he works all week every week cutting up footage, there's a massive amount of work being done to ensure our referees are educated," Phillips said.

"But with a lot of sports we’re not resourced as well as we’d like to be and perhaps that's an area we could put more resources into.

"But I see the work our refs put into the education process which is a weekly process and lot of hours for not a lot of financial return."