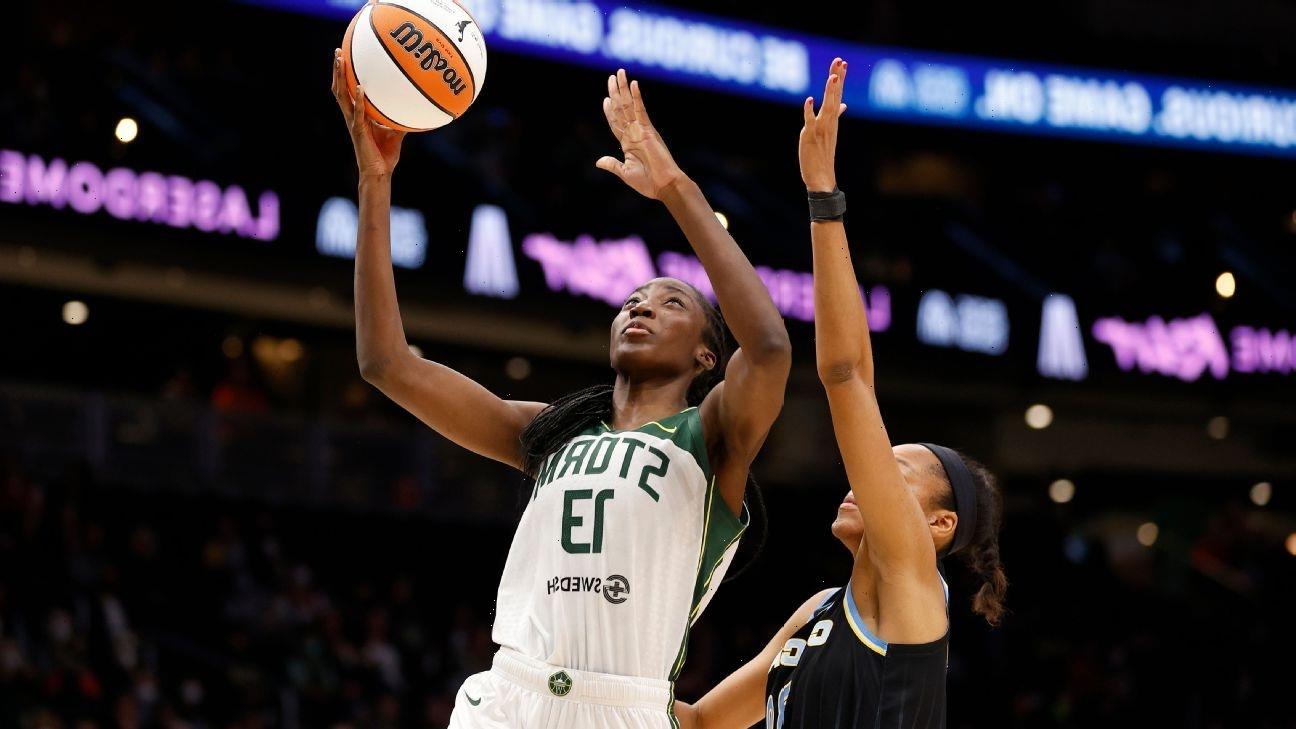 Each day of the WNBA season, our team of fantasy and betting experts breaks down every game on the slate, making note of everything from injuries and lineup changes to recent trends and more.

All odds are provided by Caesars Sportsbook.

Here’s what to look for during Tuesday’s slate:

Fantasy need to know: The Mercury roster is extremely top heavy with 81.1% of their points this season coming from their starters. With that being said, it’s no wonder all five Mercury starters are rostered in at least 85% of leagues, so that limits the streaming opportunities from the roster. The best option on the Mercury is Shey Peddy, who has come off the bench for the team in her last five games since coming back from COVID-19 protocols. Over her last three games she has averaged 10.7 PPG, 1.7 3-pt, 2.3 RPG, 2.0 APG and 1.7 SPG. In fact, her numbers have been trending upwards; in each of her last four games her fantasy points total has increased and in her last game she tied her fantasy season-high with 27 points.

In Washington, Elena Delle Donne has missed three of her last four games as she’s dealt with a sore back. She’s probable to play on Tuesday, but it is unclear if she’ll play her typical minutes. Myisha Hines-Allen (available in 17.5% of leagues) started the three games that Delle Donne sat, and averaged 16.0 PPG, 6.3 RPG, 2.3 APG, 2.0 3PG and 1.3 SPG in 26.3 MPG. If Delle Donne returns, it is unclear what will happen with Hines-Allen’s minutes, as Alysha Clark (available in 67.9% of leagues) and rookie Shakira Austin (available in 61.3% of leagues) have held down the other two starting slots and are playing well.

Best bet: Over 162.5. The Mercury are coming into this game having found their offensive stride scoring 89.5 PPG over the last four games. They also have also allowed 86.0 PPG during that same span, including giving up 90 points to the Mystics on Sunday. Also, Delle Donne was probable for the game on Sunday but didn’t play so it’s likely she will be available for this game which would help the Mystics offensive flow. Historically when these two franchises play each other it’s a shootout with them hitting the over in seven of their last nine matchups and the average total combined points over their last nine games being 174.3. — Jennifer LaCroix

Fantasy need to know: Four of the five Storm starters are rostered in at least 88% of leagues and play big minutes, limiting the streaming opportunities from the roster. Gabby Williams is the only starter not rostered in 88% or more of leagues but she isn’t a scorer and utilized primarily for defense. The Storm’s bench also isn’t strong averaging 16.3 PPG this season which is 3rd-worst in the league so I wouldn’t recommend anyone from there. The best option on the Storm is Ezi Magbegor who is available in 11.6% of leagues. She’s played four games since coming back after missing three games due to COVID-19 protocols. Over the last four games she’s been on a roll, putting up 14.3 PPG on 65% shooting while going 5-6 from 3-point range. While she’s been more offensively inclined lately, she’s also been a defensive anchor for the Storm all season averaging a league-leading 3.2 BPG.

As for the Lynx, Kayla McBride status is currently day-to-day and she missed Sundays game with a right foot injury. If McBride sits, it opens up more opportunity for Moriah Jefferson to look for her own shot and be the primary scorer and facilitator. She’s started in the last two games since she came back from her injury (quad) and is available in 79.2% of leagues. Since she joined the Lynx early in the season she has averaged 12.6 PPG and scored in double-figures in seven of her eight games with the team. If the top two leading scorers for the Lynx are out you can expect Jefferson to be more aggressive scoring, but at the same time she also fills up the box score with her passing. She’s averaged 4.3 APG this season, which leads Minnesota, and has had 4+ assists in all but two games in 2022.

Another player who could see some major minutes in the foreseeable future with Fowles out is rookie center Nikolina Milic (available in 97.8% of leagues). When Milic is given starter minutes she has performed, in the three games she logged 20+ minutes she has scored 14 or more points including a 23-point performance in the last game Sunday against the Fever. She’s also knocked down a three-pointer in each of those 20+ minute games and had multiple rebounds and assists. If Milic gets her time to shine, she has shown us she will shine bright.

Best bet: Storm -8. These two teams are coming into this game going opposite directions, the Storm are riding a 3-game win streak, while the Lynx are on a 3-game losing streak. Over the last three games the Lynx have averaged just 69.3 PPG while the Storm over that same span has averaged 81.7 PPG. Seattle has won eight of their last nine matchups with the Lynx and all eight wins came by seven or more points. The Storm also covered in seven of the last nine matchups with Minnesota. The Lynx could possibly be without both of their top two leading scorers. Sylvia Fowles is out indefinitely with a knee injury and Kayla McBride didn’t play in the last game on Sunday due to a right foot injury and her status is currently day-to-day. — LaCroix