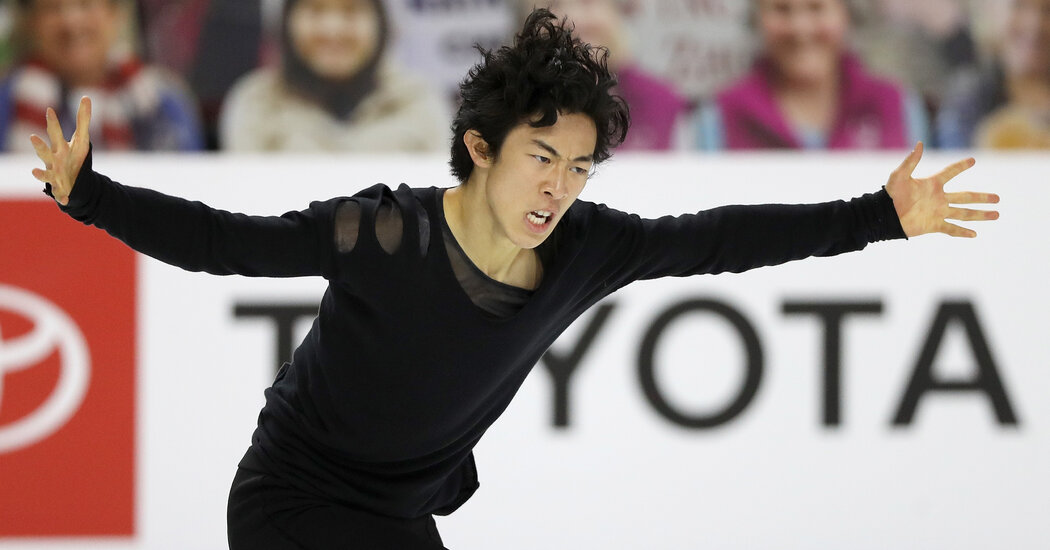 At the 2018 Winter Olympics in South Korea, where he was a favorite to win gold, Chen skated a disastrous short program that left him in 17th place halfway through the competition. Knowing he was out of contention for a medal, Chen delivered a stunning performance the next day, landing six quadruple jumps as he won the long program and finished fifth over all.

Since that day 35 months ago, Chen, 21, has won every competition he has entered, claiming two world championships and three national titles, including his fifth straight on Sunday in Las Vegas.

No American man had won that many consecutive national championships since Dick Button, a two-time Olympic champion, claimed seven in a row from 1946 to 1952.

Even Brian Boitano and Scott Hamilton, the captivating Olympic champions of the 1980s, managed only four in a row.

Hamilton, now a television analyst, remembered seeing Chen immediately after his long program at the 2018 Olympics. “I asked him: ‘What changed between the short and the long?’” Hamilton said. “He said, ‘I just decided I didn’t give a crap.’”

Chen has conceded that he had been rattled in the short program. As he looked toward the 2022 Winter Games in Beijing, he said, he understood the hazards of caring too much about becoming an Olympic champion.

“It’s always been a dream of mine,” Chen said on Sunday, adding: “Easier said than done. I thought that I had a chance in 2018 and that didn’t happen and I’m able to live with that.”

Chen’s closest rival is Japan’s Yuzuru Hanyu, the 2014 and 2018 Olympic gold medalist. They have not faced each other since December 2019, but they are both expected to compete at the world championships in Stockholm in late March, assuming the event is not canceled because of the coronavirus pandemic.

On Sunday in Las Vegas, Chen made a rare stumble on the opening jump of his program, a quadruple Lutz, but finished without another hitch and won by a remarkable margin of 30.90 points.

“With the way that he wins, and by the margins he’s winning by right now, it’s really incredible,” said Hamilton, who had an unbeaten streak of his own from October 1980 to March 1984. “I don’t know of anyone else that’s doing that by those margins. I don’t think anybody anticipated that could happen.”

Yet at the end of his program on Sunday, Chen hinted at disappointment, putting his hands on his knees and muttering to himself.

“I was a little timid today,” he said. “It wasn’t really exactly the skate I wanted to have.”

For Zhou, Sunday’s finish was something of a victory. A year ago, Zhou said, he was just returning to skating after struggling to balance his commitment to the sport with freshman classes at Brown University. “Things are going in the right direction,” he said. “Last year’s nationals I was barely able to do anything.”

Chen is on a leave of absence from Yale after completing two years there, while training enough to keep his winning streak alive.

“I feel like when I’m at school, my life is a little bit more fulfilling,” said Chen, who is now training in Irvine, Calif. “Not to say that skating isn’t fulfilling. I love, love, love what I do.”

But he added that in college, “I really like the aspect that everyone is there trying to find their own passions, trying to discover who they are, and you get to be a part of that as well.”

“Dick is a true skating icon," he continued, “and it just feels incredible to be trying to chase something that someone like that has done. I’m nowhere near the level he was at, but it’s just cool to be able to be even mentioned in his sort of realm of legendness.”

Memories of the 2018 Olympic short program apparently do not haunt Chen.

“I think about it sometimes in aspect of what went wrong,” he said. “It’s not something I spend a lot of mental real estate on.”

Yet he is looking forward to being in Beijing next year.

“Of course I would love to be able to win the next Olympics,” Chen said, “but if that doesn’t happen, it’s not like my legacy or who I am is ultimately diminished.”