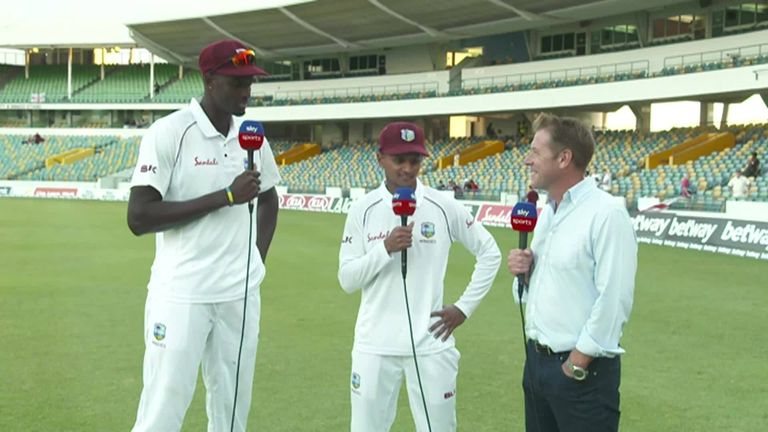 Jason Holder says scoring a hundred at the Kensington Oval in Barbados, his home ground, is something he has targeted since the start of his career.

The Windies captain hit an unbeaten 202 against England and shared a seventh-wicket partnership of 295 with Shane Dowrich as the hosts hammered home their advantage on day three of the first Test.

Windies eventually declared on 415-6 to set England a world-record 628 to win, with the tourists reaching 56-0 at the close.

“It was a good day!” Holder told Sky Sports. “It was very challenging up front, both Jimmy and Stokesy made us play at lots of deliveries and they were very challenging going down the channel. 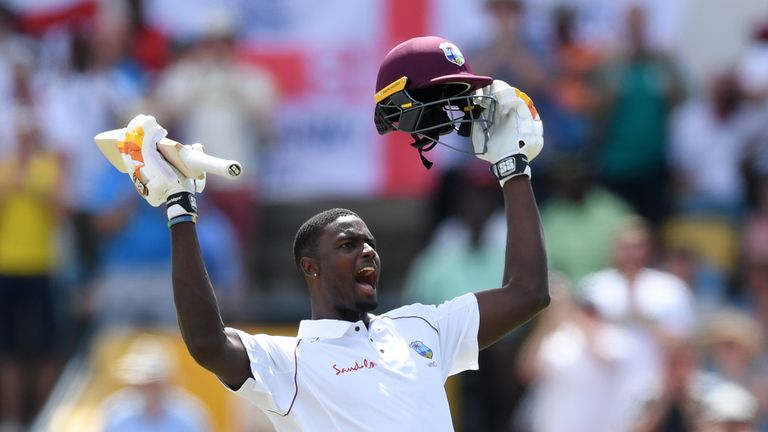 “Stokesy was a threat all day and credit to him he kept running in all day. I felt he put in a really good effort and he made us work hard for our runs.

“But it was a pleasing day. To bat past tea and form the partnership that we did was really pleasing. Friends and family were here to really enjoy it.

“It was something I really wanted to achieve from the start of my career. I was fortunate to make my debut here in front of my home crowd. Since then I’ve had four or five half-centuries here so it was just about converting one of those into a hundred. I finally got the hundred and turned it into a double!”

The previous highest successful chase in Test cricket is 418 but Holder explained that keeping England in the field for as long as possible, as well as the total Windies set their opponents, played a key part in when he decided to make the declaration.

“We wanted to declare at some point this evening because it was important for us to keep the English at bay and keep them on their feet as long as possible,” he said.

“We wanted to wear them down, there is still a lot time in the Test match, we didn’t want to make a silly declaration and declare a little bit too early.

“At tea we decided we would bat for another half an hour to 45 minutes and then have a good crack at them this evening.

“I’ve said in previous interview that we have not used the new ball as well as we’d like. Probably a few more deliveries we would have liked them to play and challenge them a bit more.

“I think you probably have to err on the fuller side here and take a drive or two. We’ve got runs on the board so we can afford to express ourselves a little bit more. I felt today we were probably a little too short and gave them time to see it, it was a case where the ball did a bit but we were probably a bit too short.”

Watch day four of the first Test between Windies and England live on Sky Sports Cricket from 1.30pm on Saturday.