Australia's Julian Wilson has cruised into the third round of the season-ending Pipe Masters World Surf League event in Hawaii as he chases a maiden world title.

The Sunshine Coast surfer found the best wave late in his opening-round heat against Brazil's Tomas Hermes and local wildcard Seth Moniz to win by 1.67 points. 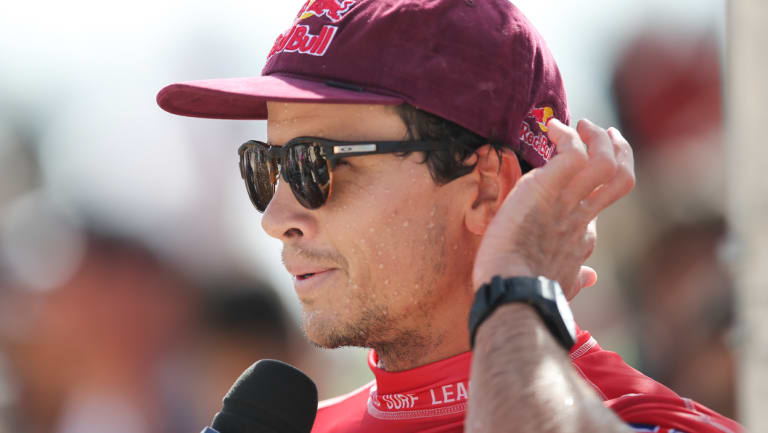 Julian Wilson is in a fight for the world title in the last event of the year.Credit:EPA

"Feels really good to get through a heat that's so tricky like that," Wilson said.

"It doesn't get much more challenging out at Pipe than that."

The 30-year-old is in a battle with Brazilian pair Gabriel Medina and Felipe Toledo for the championship.

Wilson must make the event final to have any hope of winning the title.

Medina holds a near 5000-point lead in the rankings and will claim his second world championship if he wins or is runner-up in the event.

If Medina is eliminated in the semi-finals, Wilson or Toledo must win the event to take out the championship.

Should Medina fall at the quarter-finals or earlier, Wilson or Toledo needs to make the final to claim the title.

"I'm definitely closer this year, still needing a really big result to get it," Wilson said.

"I feel like the three of us in contention are all feeling we need a big result to clinch it. I feel like we're all in the same boat."

Wilson is the only one of the trio to have won a Pipe Masters title, claiming the event in 2014.

Toledo will now have to come through an elimination second-round heat to keep his world title hopes alive.