“As a photographer, I often have chances to traverse mainland Exuma and the more than 300 surrounding cays and the breathtaking views never cease to amaze me,” he says. “The natural beauty of this chain of islands is unmatched.”

It’s his lifelong home and a place that he wants to see thrive for generations to come. In order to help Grand Bahama Island and The Abacos recover in the aftermath of Hurricane Dorian, he wants to encourage travelers to visit the islands which were unaffected by the storm.

Dorian’s legacy: The slowest, strongest hurricane to ever hit the Bahamas

The Bahamas, which is made up of more than 700 islands and cays, has about 16 major islands. And only the Abacos and Grand Bahamas were severely impacted by Hurricane Dorian. The rest of the Bahamian islands are welcoming visitors with open arms.

“The remainder of the island chain remains pretty much untouched,” he says. “Grand Bahama Island is open for business and is rebounding at a high speed as many of the islands major hotels, attractions and excursions are open, including the Grand Lucayan Marketplace.”

Here are several reasons to make your way to the Bahamas in 2020: 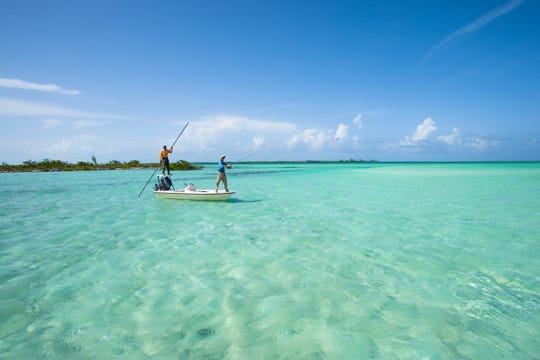 People flock to Andros Island from around the world to go fishing for bonefish. (Photo: Bahamas Ministry of Tourism and Aviation)

A lack of boat traffic on its waterways makes Andros the spot for bonefishing in the Bahamas. But save time for snorkeling, too. Flipper-kick your way around the reef system to spot coral of all types, including staghorn, brain and elkhorn coral. In addition to bonefish, keep your eyes peeled for yellowtail, angelfish, grunts and trumpetfish.

Snorkel among shipwrecks in Bimini

The S.S. Sapona shipwreck is a sight to see. Because it sits in water that is only about 15 feet deep, it’s perfect for snorkeling. (Photo: Bahamas Ministry of Tourism and Aviation)

With steel in short supply during World War I, U.S. President Woodrow Wilson commissioned concrete troop transport ships like the S.S. Sapona.  But because the war was over by the time the ship was completed, it was never used for that purpose. Instead, the Sapona was used as a casino and later a floating liquor warehouse during Prohibition. After running aground during a hurricane in 1926, it was used for target practice by fighter planes during World War II.

The wreck, which has been worn down to its framework, sits in just 15 feet of water in South Bimini, making it possible for snorkelers to experience the kind of sights usually reserved for scuba divers.

Catch a wave in Eleuthera 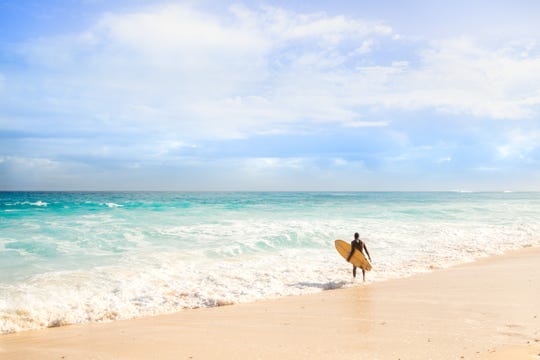 If you’ve been wanting to pick up the sport of surfing, the good news is: You can learn at any age. And Eleuthera is a great spot for beginners. It certainly doesn’t hurt that it’s gorgeous, too. Plus, the surfers are friendly.

May through July is the best time for beginners to surf in Eleuthera – the big waves hit between October and April. Try Surfer’s Beach in north-central Eleuthera (south of Gregory Town), where the southwest winds blow in from the Atlantic and you don’t have to compete for waves.

Go island-hopping in the Exuma Cays 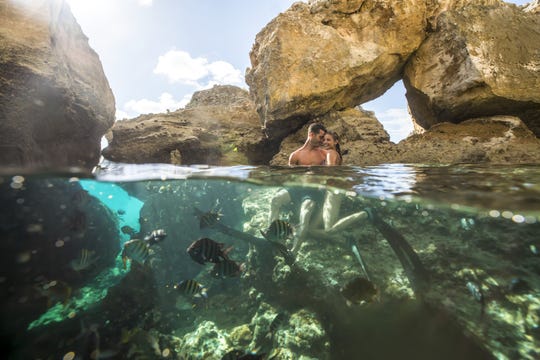 James Bond fans will want to check out Thunderbolt Grotto, which featured in two 007 movies. (Photo: Bahamas Ministry of Tourism and Aviation)

“Besides being home, there is no place on earth like it,” Curling says of the Exuma Cays, where the ocean views compete with those in Fiji, New Zealand and the Maldives.

One of the best-known spots in Exuma is Thunderbolt Grotto, an underwater cave system named for the 1963 James Bond movie of the same name. Be sure to go at low tide so you don’t miss the almost-hidden entrance.

Experts predict this part of the Bahamas will become more and more popular, but for now, it’s still possible to find uncrowded beaches and a sandbar to claim as your own.

Experience the other Long Island 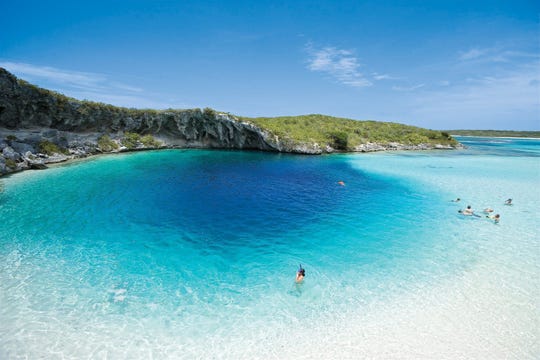 With the rich blue Atlantic Ocean on one side and the turquoise Caribbean Sea on the other, Long Island is the stuff of travel Instagrammers' dreams. (Photo: Bahamas Ministry of Tourism and Aviation)

Given the choice of which Long Island we’d like to visit, we’ll take the one perched between the rich, blue Atlantic and the turquoise waters of the Caribbean Sea over the one where half of Manhattan goes on summer weekends (no offense to the Hamptons). The Bamahian Long Island features 80 miles of gorgeous coastline. 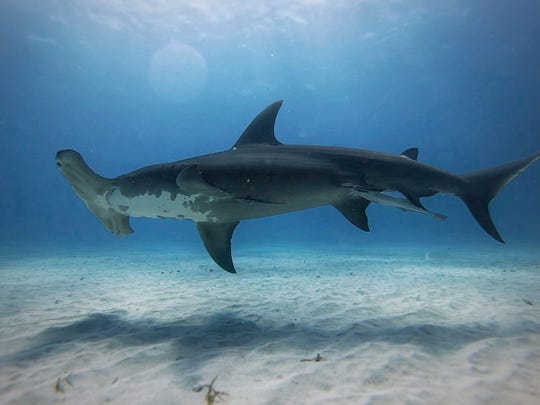 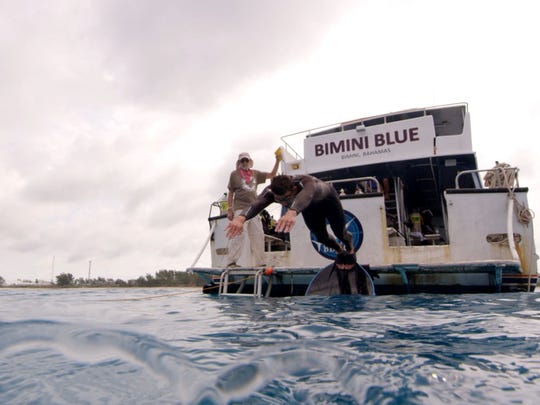 There are no lines at the bottom this time, just a hammerhead shark. (Photo: Discovery Channel)

It’s the place to go for those divers in search of an up-close-and-personal encounter with hammerhead sharks. It’s where swimming’s GOAT, Michael Phelps, swam with a 13-footer in 2017.