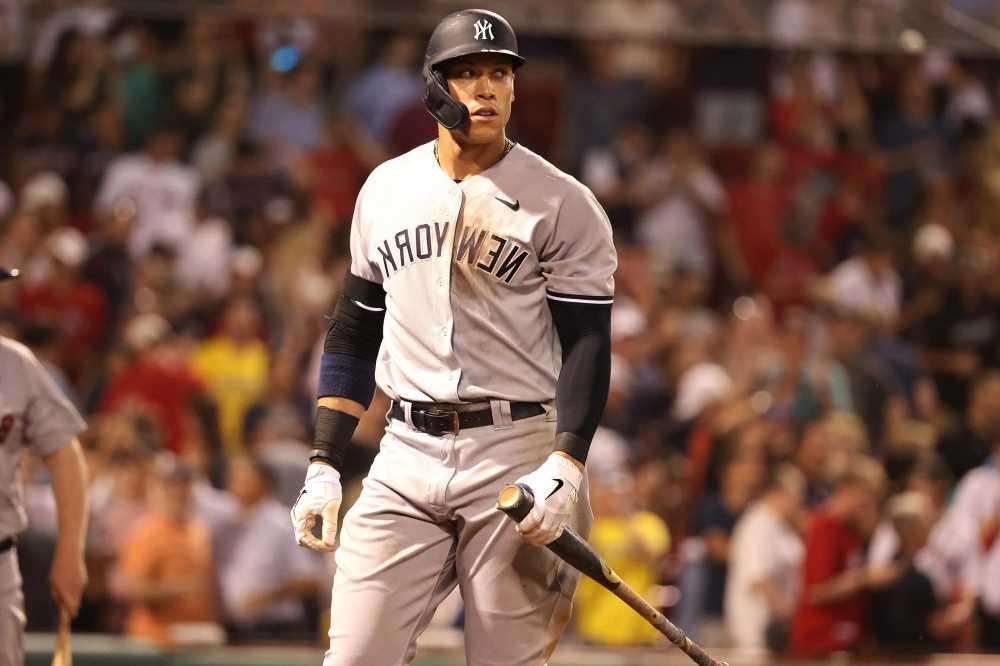 How I know Jacob deGrom belongs in the greatest-ever conversation: Sherman

The Red Sox have spent much of the past two decades remaking themselves. Sometimes that has meant last place, beer and fried chicken, and a year with Bobby Valentine that served neither side well.

For more than a quarter of a century, the Yankees have never fallen like the Red Sox. They have not had a losing record since 1992 and — at minimum — have been in playoff contention well into September in every season since. Maybe that will be so again in 2021. But nearly halfway into this season they were fourth in the AL East, tied with the Mariners for the AL’s eight-best record and playing most days what looks like slow-motion baseball.

It is feeling like 2016 again when Hal Steinbrenner and Brian Cashman accepted reality and traded their best assets — Aroldis Chapman and Andrew Miller. It is a reminder that this baseball operations department has been able to transition the team previously. But if the Yanks need more encouragement then they can look to their main rivals to see how you can fall and rise quickly — especially if you carry large payrolls like these Northeastern behemoths. Remaking yourself might hurt in the moment. But not quite as much as locking yourself into a philosophy and a roster and deciding that you are going to make it work no matter how blatant it becomes that this version of card counting is not working.

Which is why the Yankees have to be thinking about a makeover and that includes being open to trading anyone, including Aaron Judge. Before any gasps, explain to me, why Judge would be any more unmovable to the Yankees than Mookie Betts was to the Red Sox?

Betts was in the same position after the 2019 season that Judge will be following this season, entering his walk year with the team that drafted him not sure if signing its right fielder to a long expensive contract is smart. For the Red Sox it was mainly a financial decision since their payroll was saturated with long deals and Boston was concerned about having the flexibility for other moves if it also kept Betts.

With Judge, the Yanks not only have a financial consideration with Gerrit Cole, DJ LeMahieu and Giancarlo Stanton all locked for big dollars for a while, but more of a structural issue. How long can the Yanks expect someone of Judge’s size to maintain athleticism and be a useful fielder? Because it is not like they can flip him to DH. For Stanton is near unmovable with his trifecta of large salary through 2027, poor health and a no-trade clause.

Judge is not the Yankees’ problem. But Gleyber Torres has lost value. Gary Sanchez has not regained enough to get much back in a trade. The Yanks missed their best window with Miguel Andujar, Clint Frazier and Luke Voit. Want to try to see if the Nationals and Mets will bid for Gio Urshela? Want to show bad faith by trading LeMahieu so soon after signing him to a six-year contract?

Or the Yanks can just hold a positional core that is showing it is not going to homer its way out of everything else it does wrong. Three days at Fenway again exposed what good opponents will do against this group. Consider that Saturday, Rafael Devers tagged and scored on a 150-foot pop-up to first because Voit pursued it awkwardly, was caught by surprise that Devers was tagging and then whipped the ball side arm like you would fling a frisbee to a dog. On Sunday, with first and second and no out, Andujar caught the ball at the Green Monster and rather than throw to second to keep a possible inning-ending double play in order, he threw to third and J.D. Martinez took second. Forced into needing a strikeout, did Gerrit Cole pitch differently in allowing Devers to follow with a three-run homer?

Voit is a DH, but he’d have to get in line behind Stanton. Andujar is playing out of position (does he have a position?), but that would explain perhaps failing to catch a ball, not being clueless where to throw it. The two runners exploiting the Yanks — Devers and Martinez — are not burners. But the Red Sox think and play baseball better under manager Alex Cora. Under Aaron Boone — and the front office big hairy monster ethos — the Yanks don’t play smart. They have, in fact, done the near impossible of leading the majors in outs on the bases while having tried the fewest stolen bases. It’s hard to combine aggressive empty headedness with an utter lack of daring.

It also would be hard to trade Judge. But Betts was coming off seasons in which he had finished second, sixth, first and eighth in the AL MVP voting before he was dealt and then helped the Dodgers win a World Series. The Red Sox, though, tied half of David Price’s contract to the deal, got back a package that included Alex Verdugo and showed again that a step back does not mean leaping into an extended baseball grave.

I am not sure there would even be a good deal for Judge, considering his injury history. But the Yanks have to be open to escaping this mix of position players. And if they are not going to sign Judge long-term — and with Stanton around how could they? — then they should look to their main rival to know you can make huge Betts in a makeover and not fall into years of irrelevance.