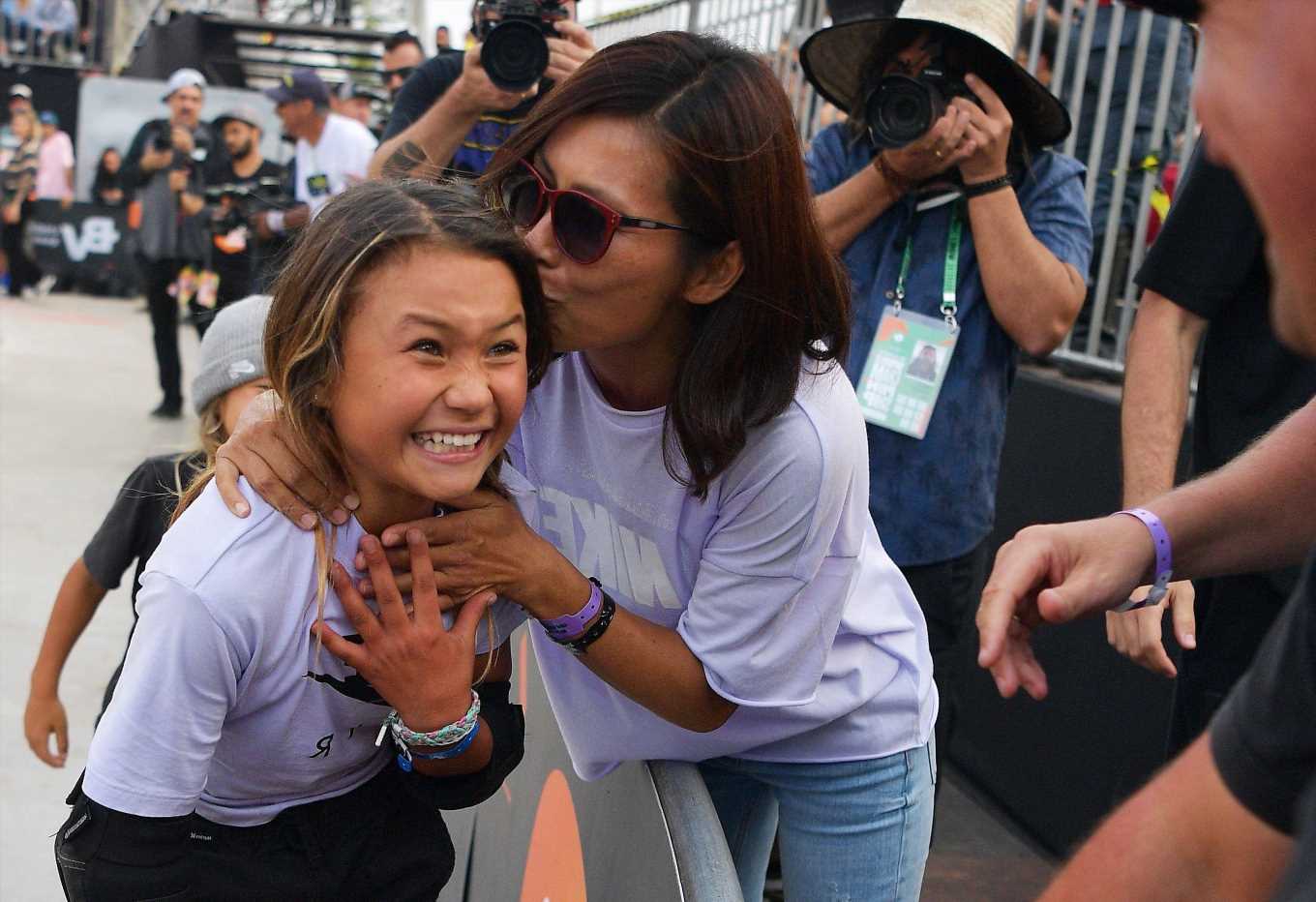 SKY BROWN is now Great Britain's youngest ever Olympic medallist after picking up bronze in the skateboarding this morning.

The 13-year-old sensation has been the talk of day 12 of the Tokyo Games, coming third despite falling twice in her routines. 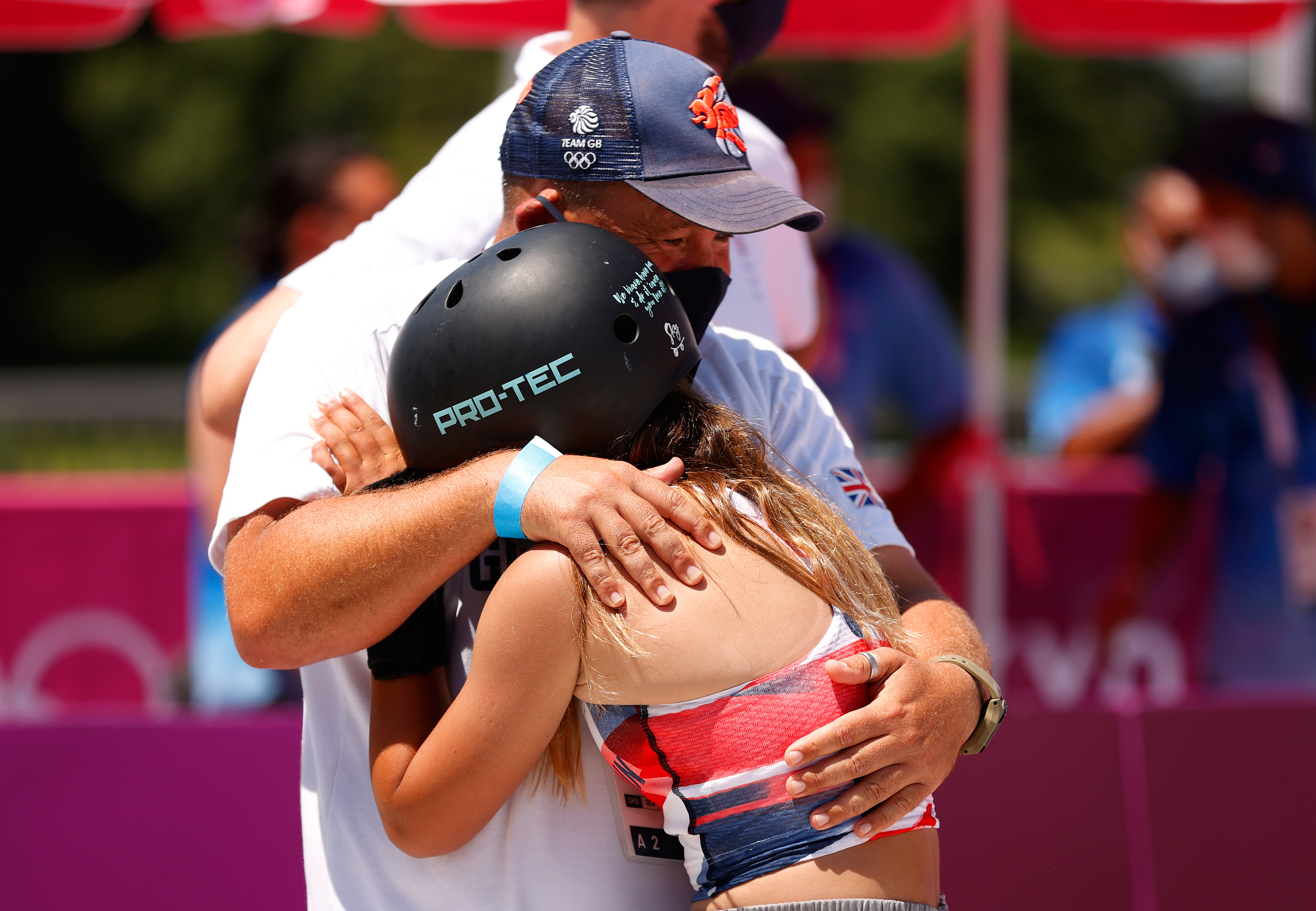 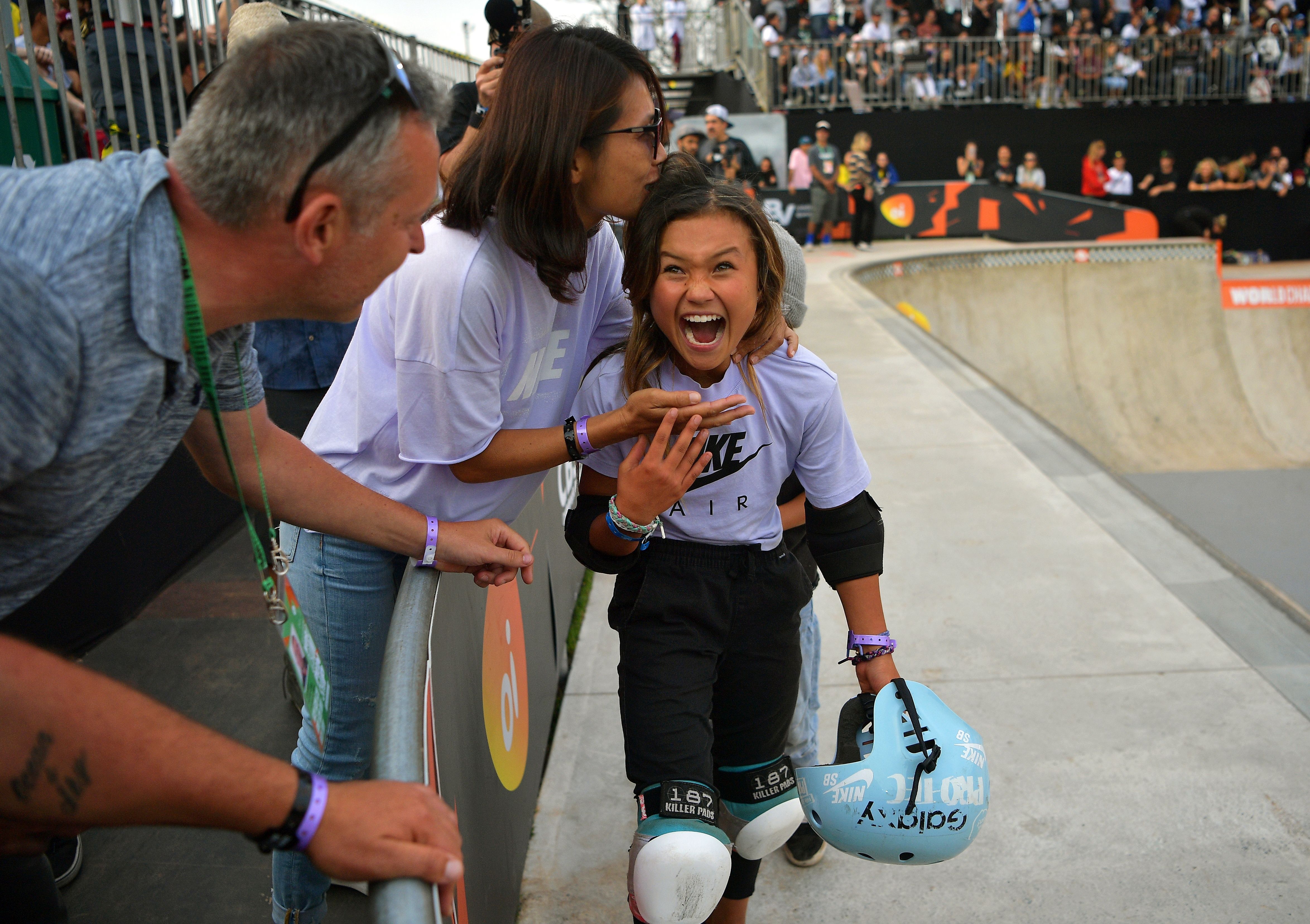 Brown took the time after her performance to thank friends and family, most notably her parents, who were at first hesitant to see their daughter compete in Tokyo.

But they won't be regretting their decision after her bronze medal-winning showing.

Who are Sky Brown's parents?

Brown got her love of skateboarding from her father Stuart, who has also plied his trade as a professional skateboarder.

Stuart is from the UK and is one of the biggest influences on his daughter's career.

"I remember her, as a baby, on her tummy all the time on a skateboard. It sounds like a cliche but it was her favourite toy," he told The Guardian.

Stuart never skated at the Olympics like Sky, but has ensured his own legacy will continue with her.

Stuart posted a video of Sky skating on Facebook when she was just four and the clip went viral, catapulting her career to what it is now.

Browns mother is Mieko, who is Japanese, making the Tokyo Games an even more special moment for Sky, who was born in Japan.

Mieko is said to take a more hands-off approach with Sky' skateboarding career, but she does manager her daughters's Instagram profile.

Sky also has a brother called Ocean, who is just nine years old and also skates.

Stuart and Mieko were initially against Sky competing at the Games after she fell off her board in a horrible incident last year.

Sky fell head-first off a ramp and fractured her skull, receiving lacerations to her heart and lungs in the process.

"I don’t remember anything about the fall," Sky said.

"But apparently when I woke up, I didn’t know who I was or who my family was. 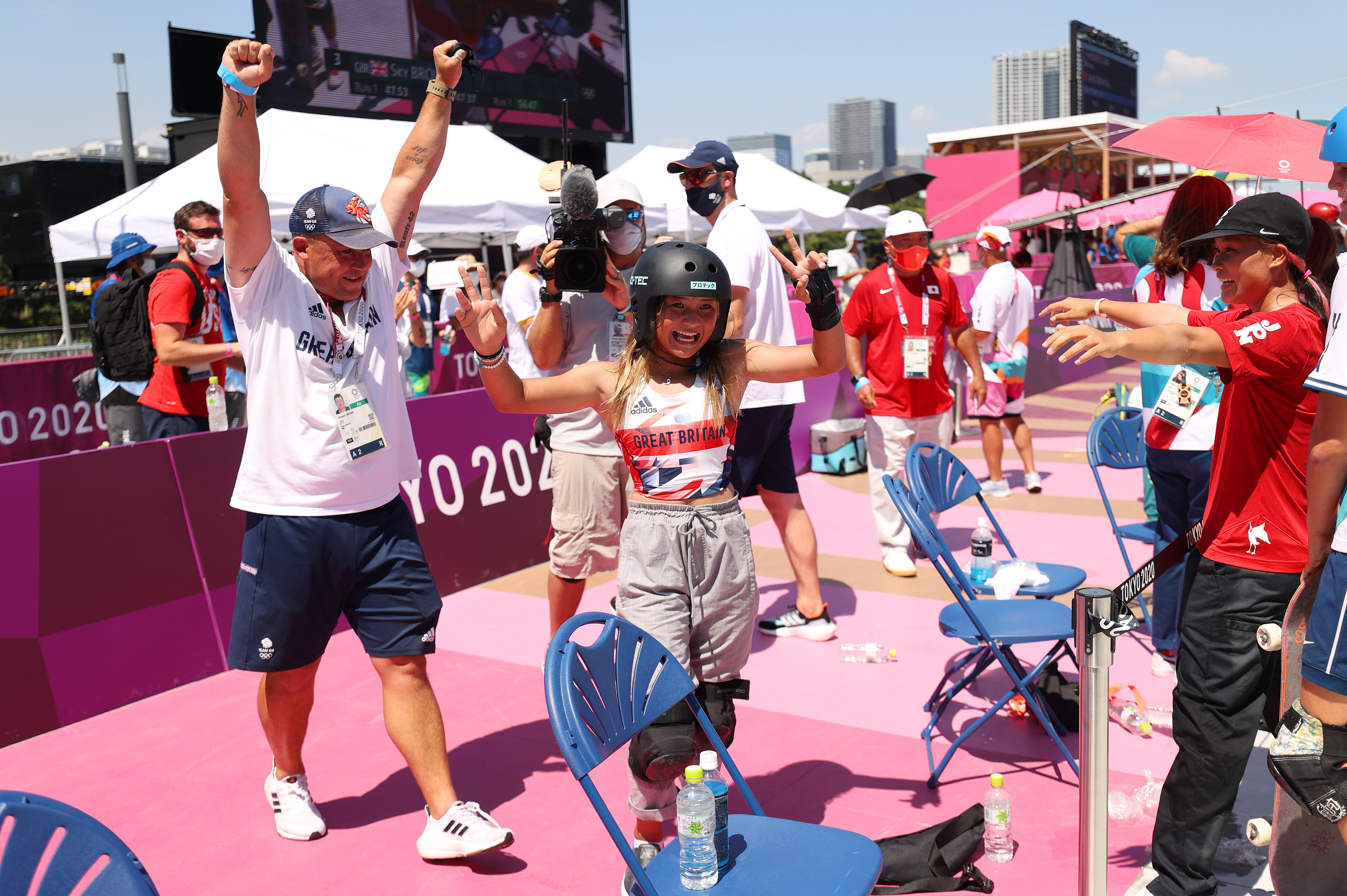 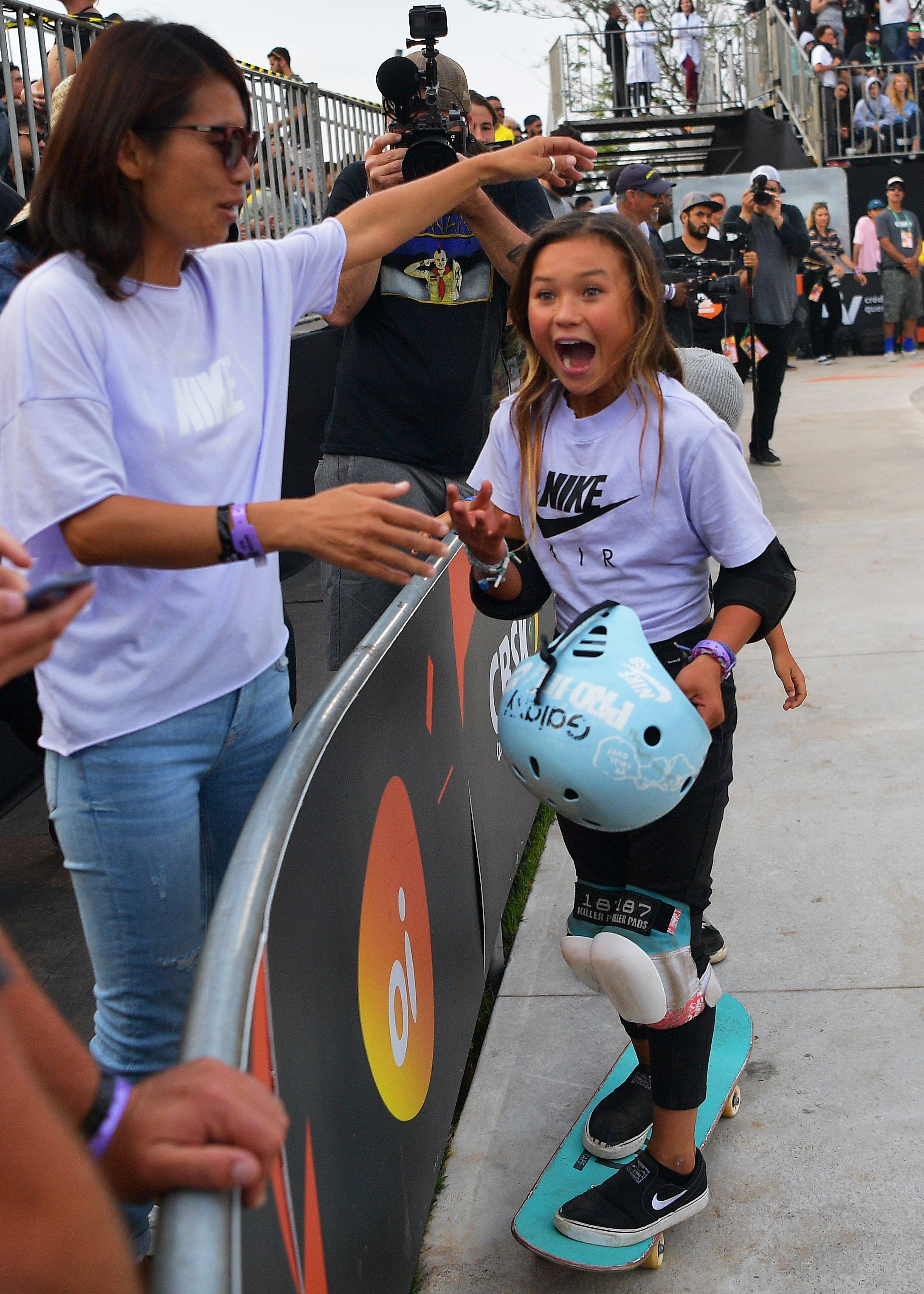 "My parents didn’t want me to do the Olympics, but I wanted to. They felt it was too much pressure."

Mieko now struggles to watch Sky compete out of fear, and will mostly watch her events after they're done.

"It was really hard for my wife," husband Stuart said.

"It took a long time before she could see Sky skate again. She doesn’t really watch her anymore. She’ll watch videos afterward but not live."

Brown is set to continue competing and has put all her focus on Paris 2024.