CRISTIANO RONALDO quit Manchester United to join Real Madrid in the summer of 2009.

Rapidly making a name for himself in England, Los Blancos wanted the Portuguese star, now 35, to become their latest Galactico. 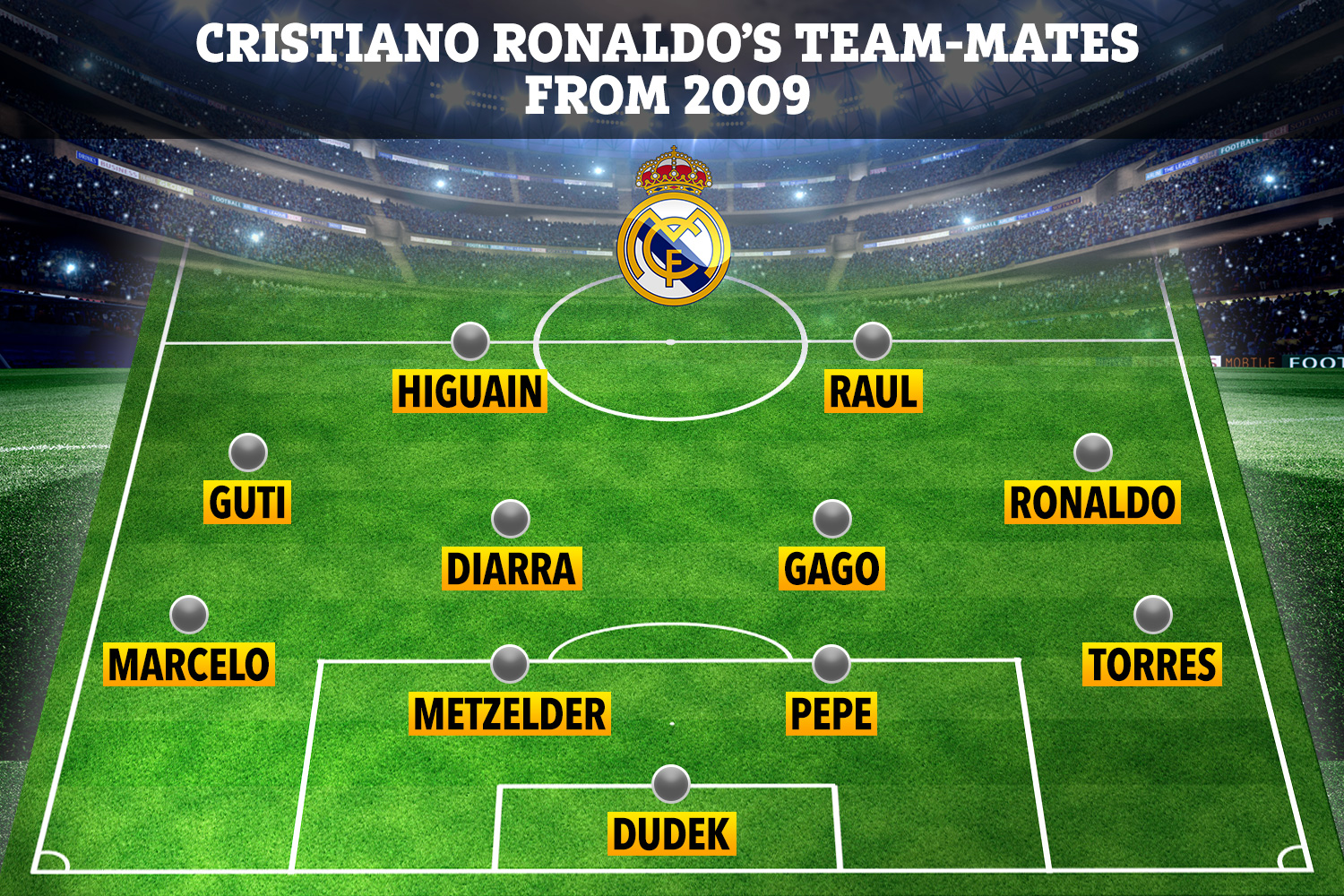 And Ronaldo would give Bernabeu fans their first glimpse of himself in their famous white kit with a glamour tie against Irish side Shamrock Rovers.

Real Madrid would sneak through the game with a 1-0 win.

But who did Ronaldo line-up alongside that day – and where are they now? 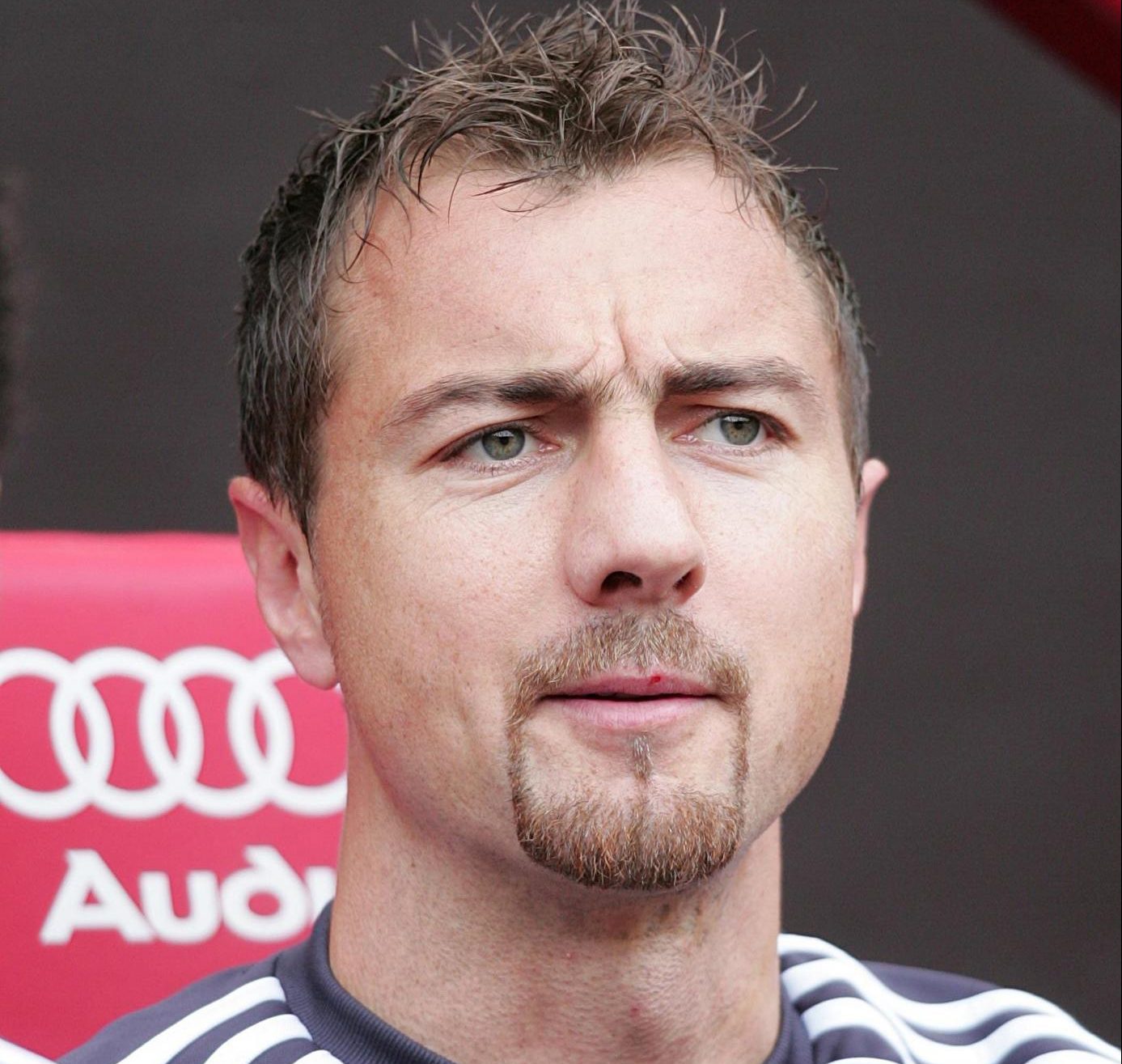 HAVING written himself into Liverpool's history books with his best Bruce Grobbelaar impression in the 2005 Champions League final, Dudek quit in 2007.

The Polish stopper moved on to Real Madrid, where he would play just two LaLiga games, stuck behind Iker Casillas at the time.

After retiring in 2011, then still at Los Blancos, he became a racer – taking part in the Volkswagen Castrol Cup across Europe.

Now spends a lot of his time on the golf course, calling it his "passion". 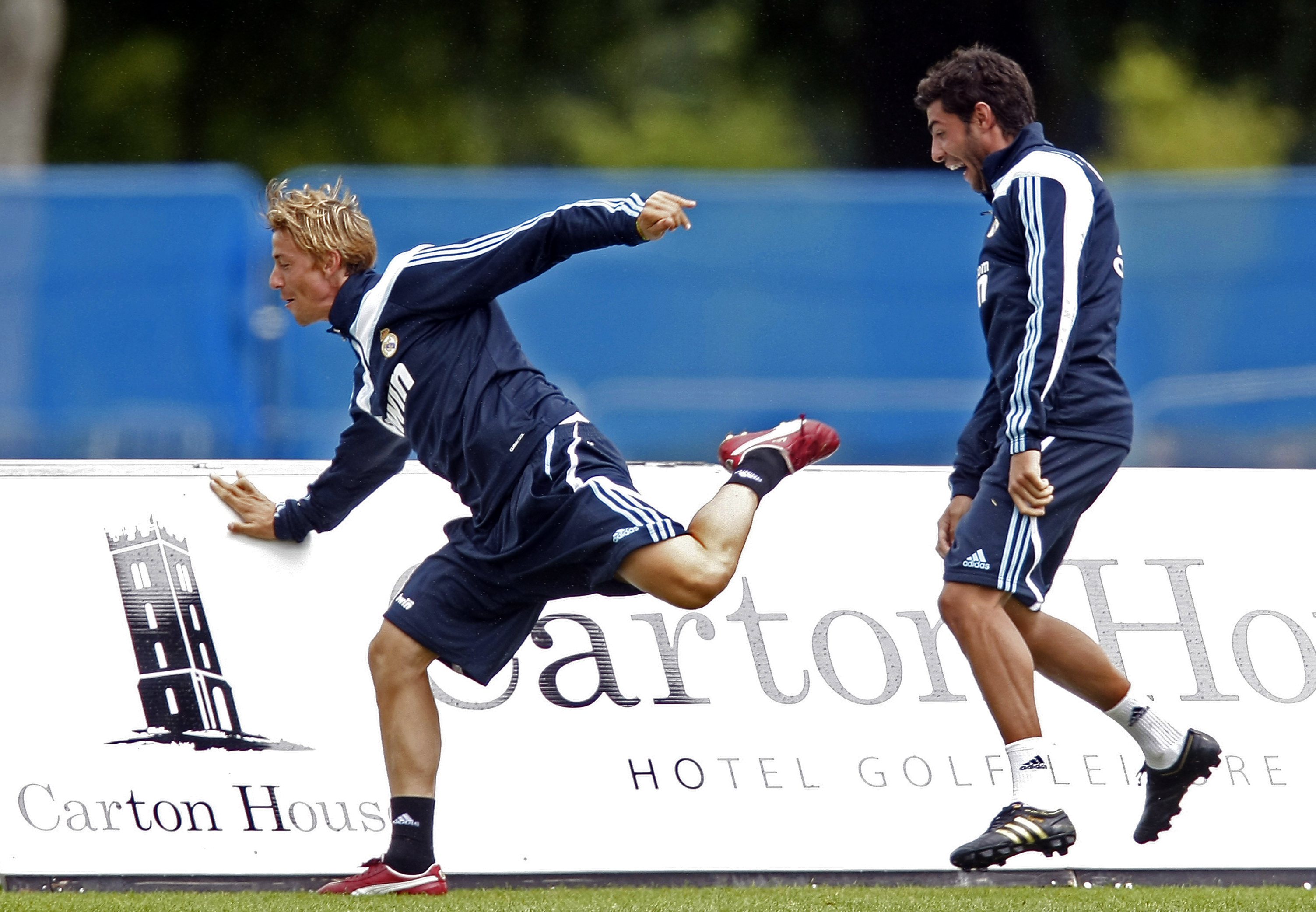 HAVING worked his way through the youth ranks, Torres played 52 league games for Real Madrid – but was sold the summer of Ronaldo's debut.

After the game against Shamrock Rovers, he joined Getafe where he would go on to play over 100 times.

He also enjoyed stints at Olympiacos and Malaga before retiring at the end of last season. 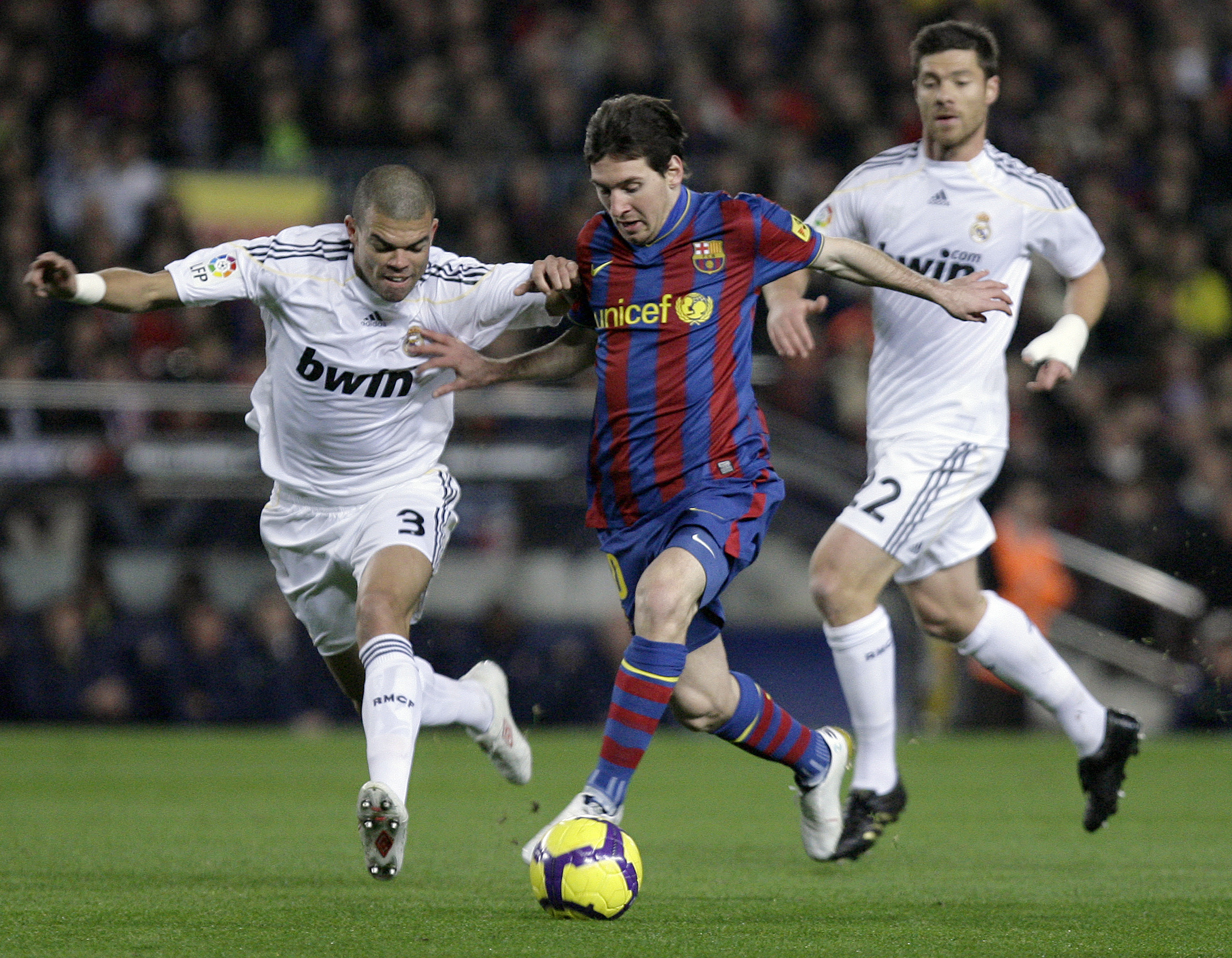 THE famous hothead spent the majority of his career at Real, before joining Besiktas in 2017 after a decade at the Bernabeu.

After wo seasons in Turkey, the Portuguese star headed to Porto – where he still plays today. 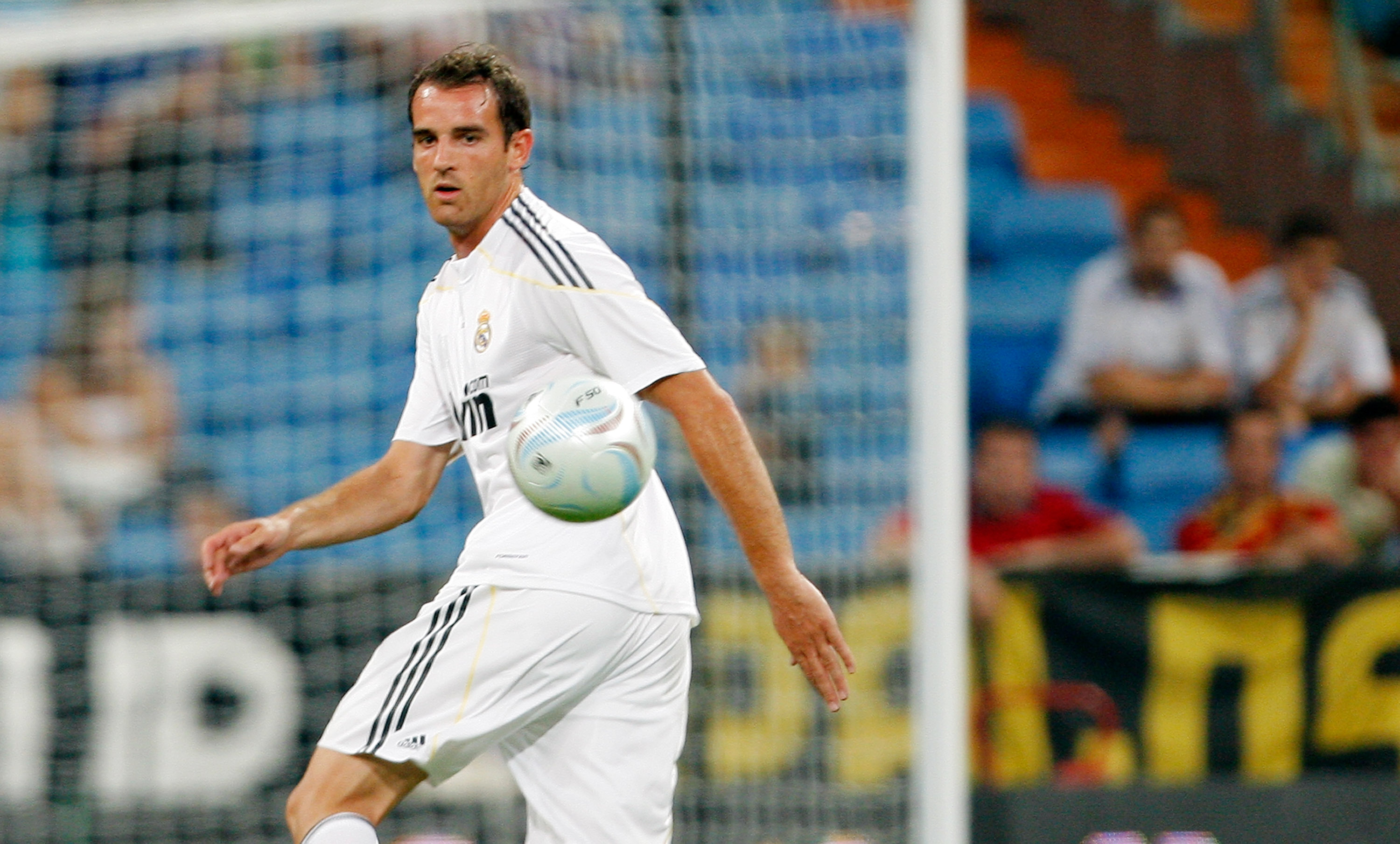 A FRINGE player at Real after joining from Borussia Dortmund, Metzelder would play just 21 times in LaLiga in three seasons in Spain.

He moved on to Schalke and then TuS Haltern in his native Germany before retiring in 2014.

Most-recently, Metzelder was president of TuS Haltern before stepping down in September 2019 amidst a police investigation. 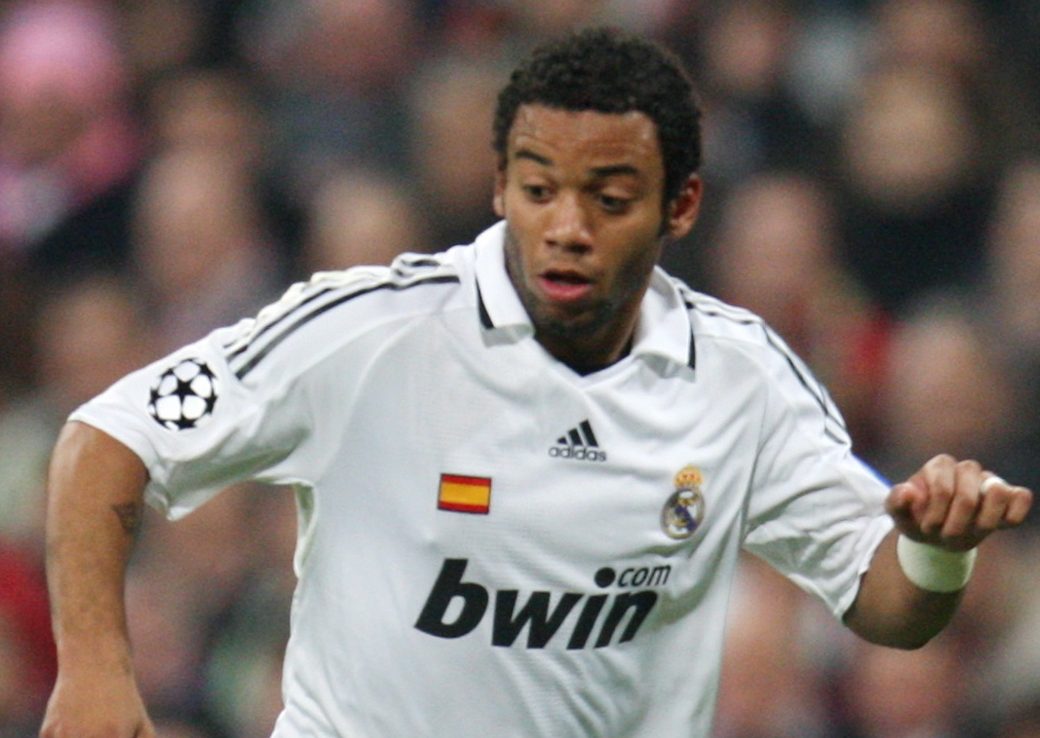 STILL a Real Madrid player to this day, Marcelo had joined the club two seasons before Ronaldo.

He has become a club legend, playing over 500 times in all competitions, winning four LaLiga titles and four Champions League crowns. 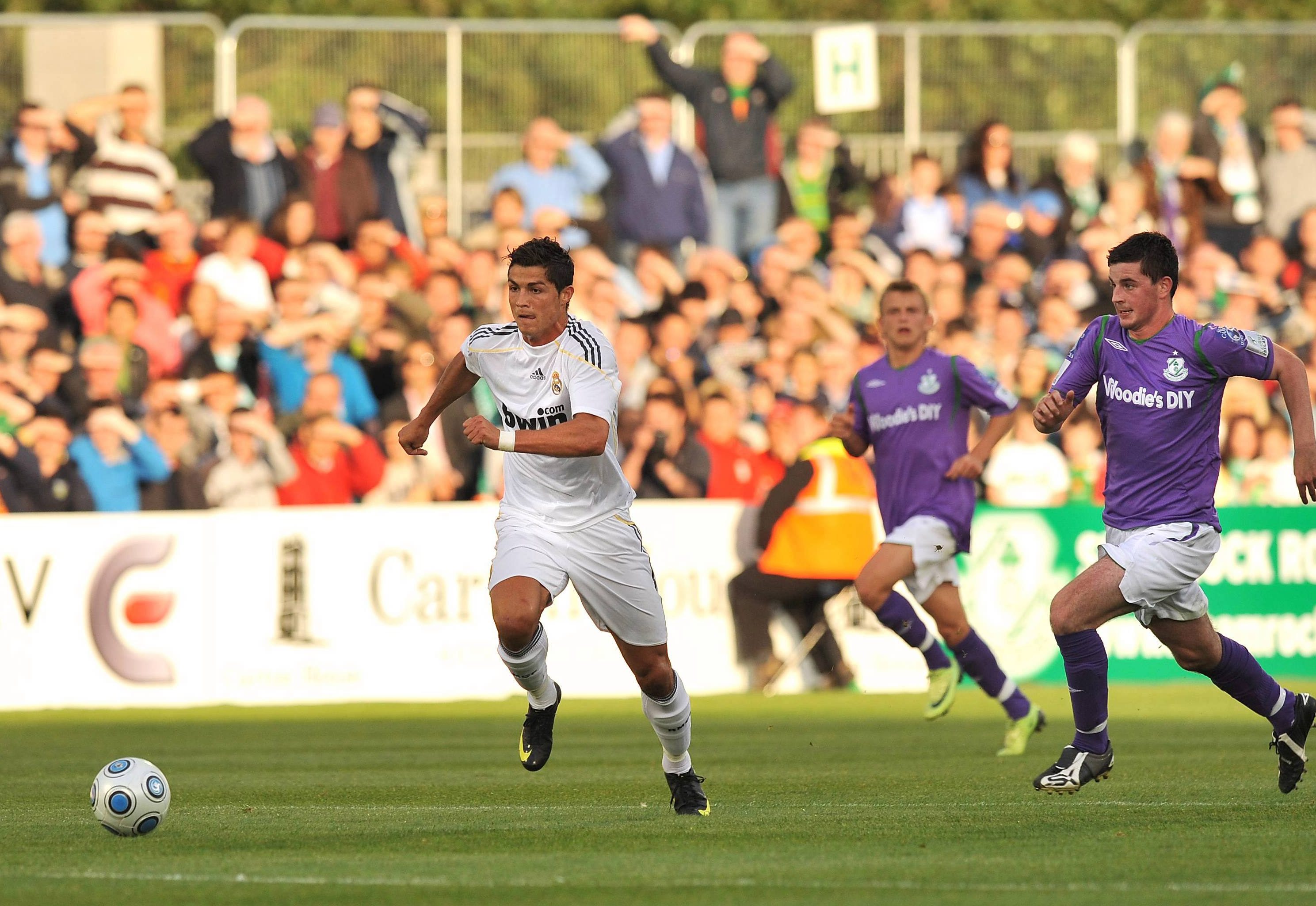 THE man himself, Ronaldo left Man Utd and got his first taste of action for Real against Shamrock in 2009.

He left to join Juventus in a £99million move in the summer of 2018 where he still plays today. 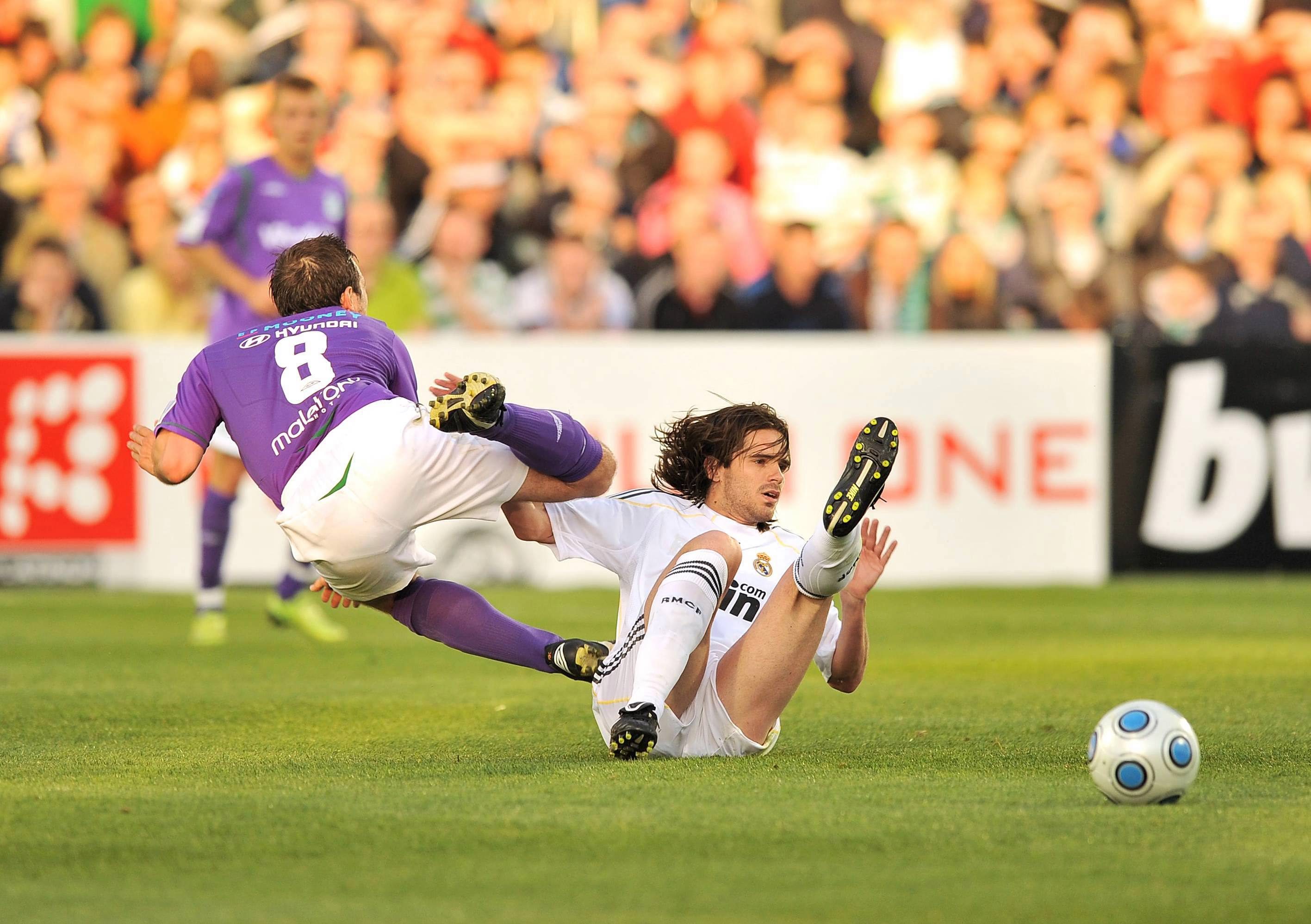 THE Argentine midfielder made a name for himself at Real after joining in 2007 – playing over 120 games in five years there.

He moved back to Argentine in 2013 after a stint at Valencia to join Boca Juniors and is now at Velez Sarsfield, whom he joined last year. 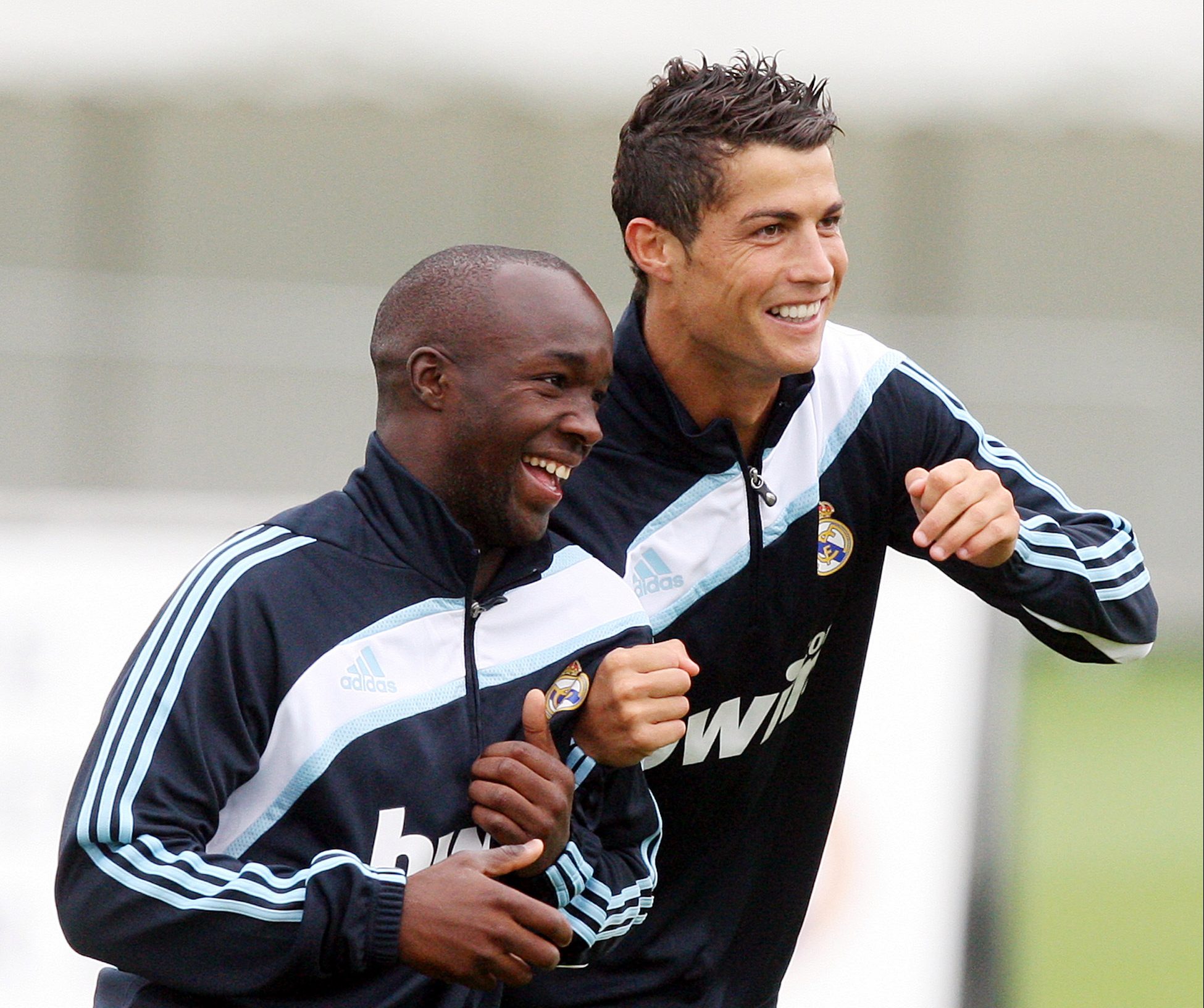 THE Chelsea, Arsenal and Portsmouth flop secured a shock move to Real Madrid in 2009 and also made his debut against Shamrock.

Diarra played 87 times across three years for the Spaniards in LaLiga before spells in Russia, France and the UAE saw him bring down the curtain on his career at Paris Saint-Germain between 2017-19

He retired immediately after having his contract mutually terminated. 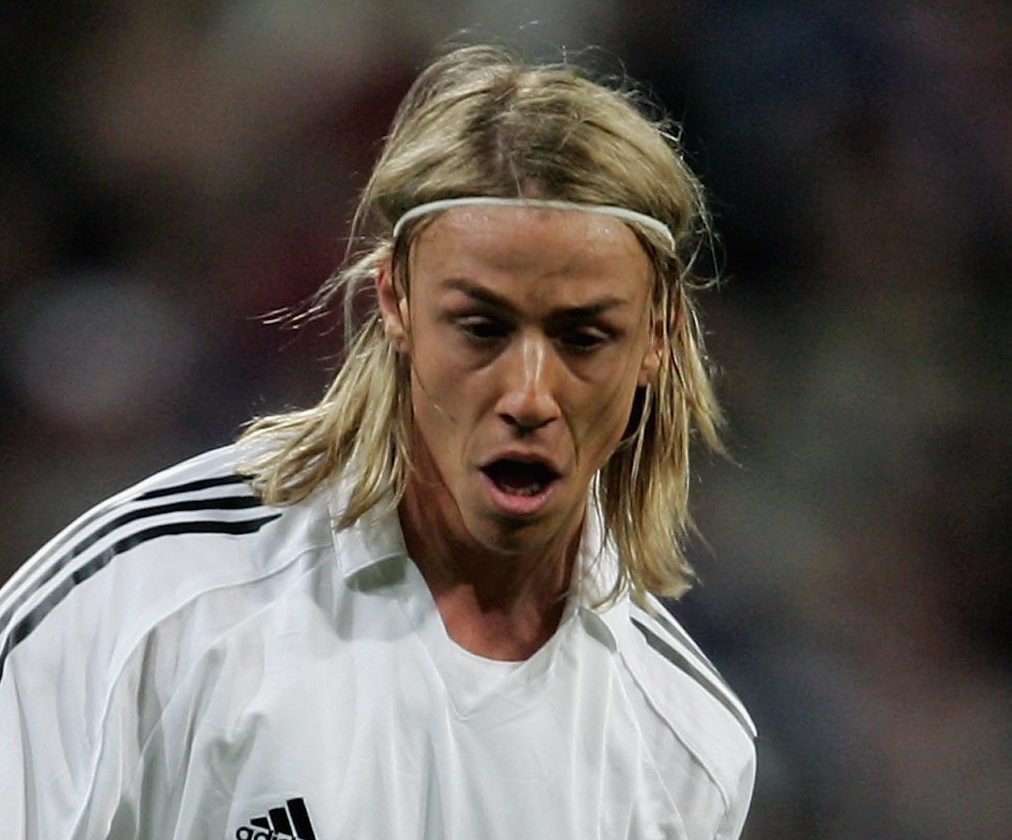 THE Real Madrid legend was at the club between 1986 and 2010, including his years in the youth ranks.

He made over 500 appearances for Los Blancos before moving to Besiktas for a one-season Swanson.

Since retiring in 2011, Guti has taken charge of Real Madrid's youth team, been Besiktas' assistant boss and managed Almeria – but he was sacked in June. 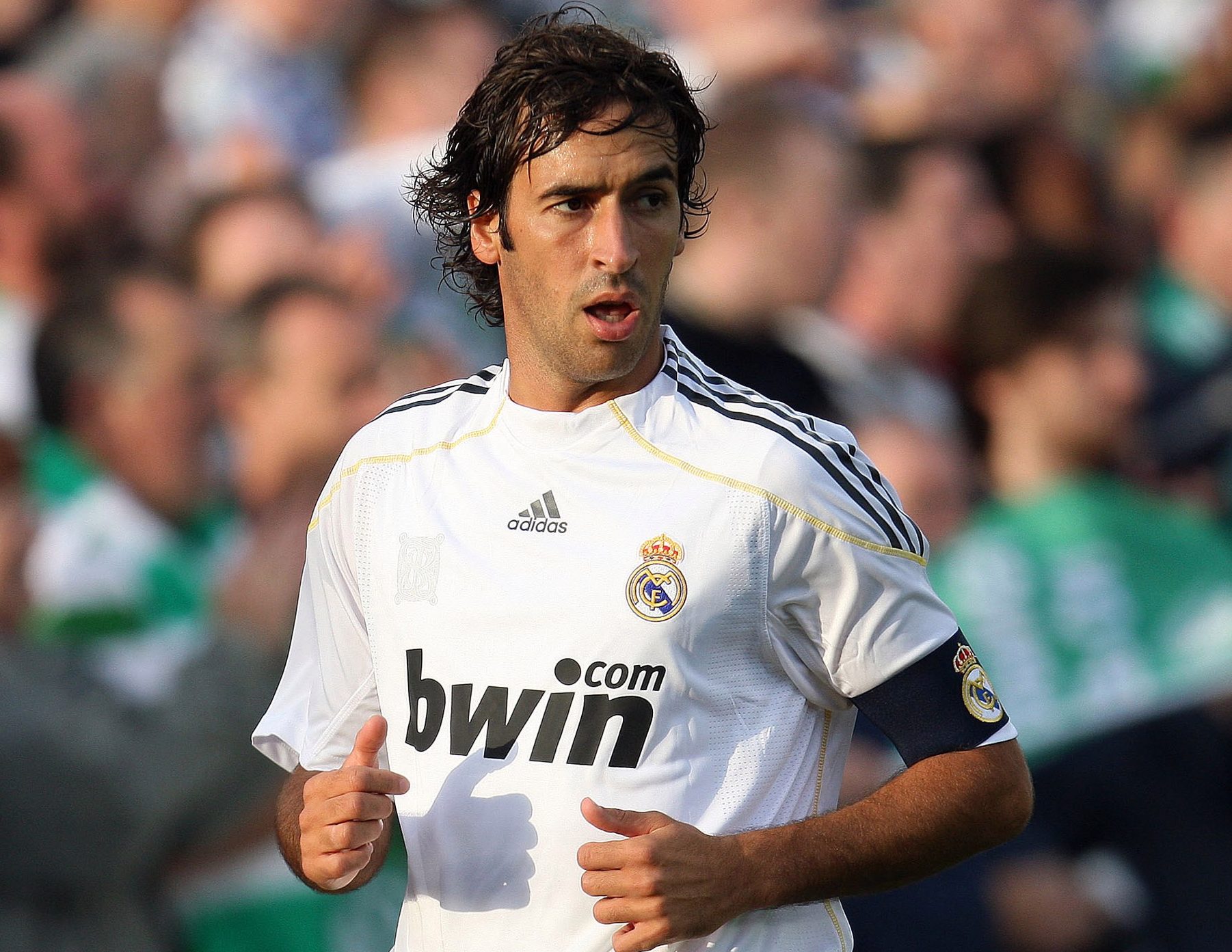 A GENUINE Real Madrid legend, Raul scored 323 goals in 741 appearances for the club after working his way from the youth team to first team.

The Spaniard wound down his career with stints at Schalke, Al Sadd and New York Cosmos.

Having taken charge of Real Madrid's Under-15s, he is now boss of Castilla – the club's "B" team. 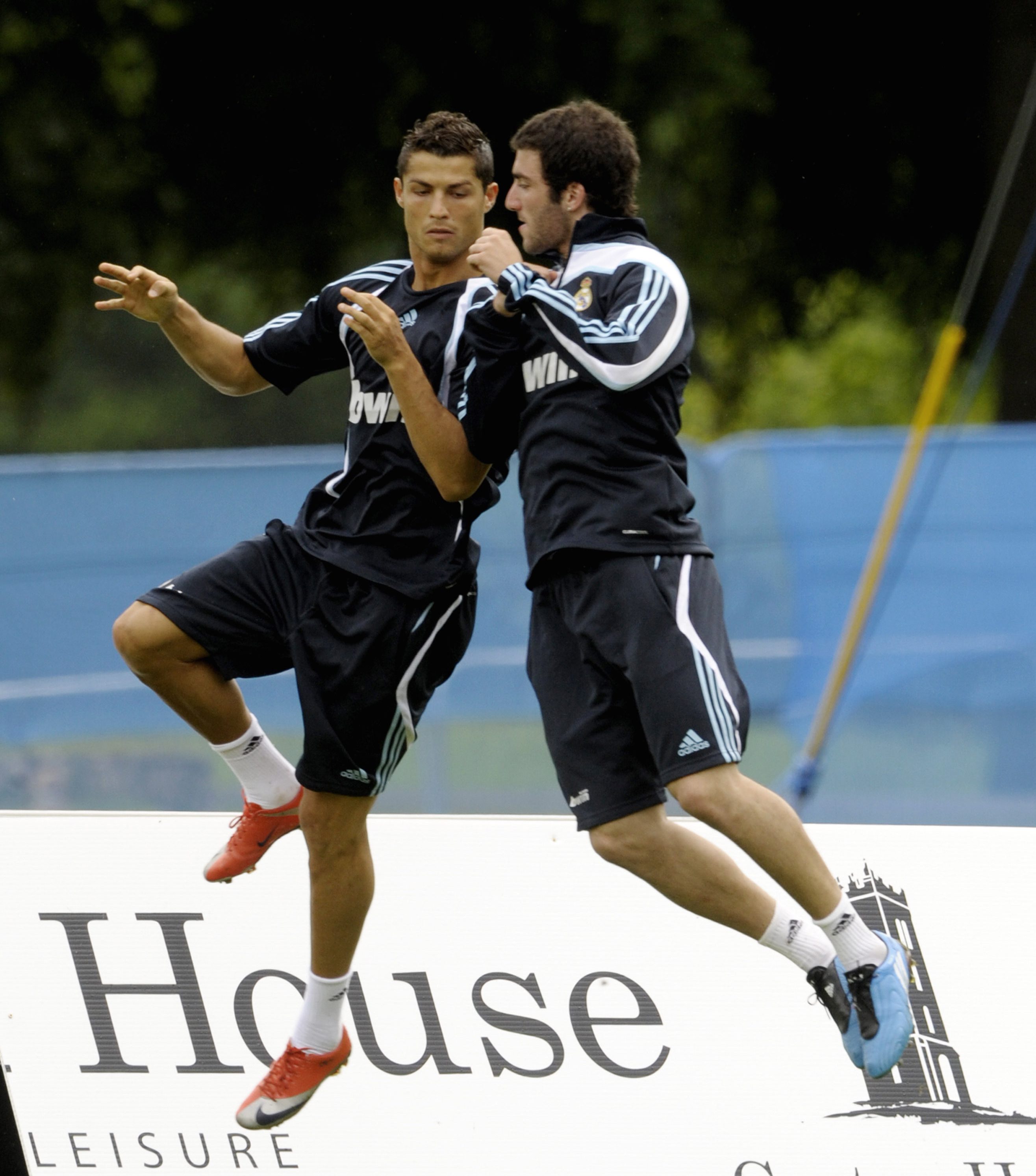 WITH 107 goals in just 190 LaLiga games, Higuain was one of Europe's most-feared at one stage.

But he's failed to replicate his top form at Juventus lately after a hot start and struggled during his brief loan spells at Chelsea and AC Milan.

His contract with the Seire A champions was terminated this summer, allowing him to join David Beckham's MLS side Inter Miami.

Michel Salgado – Legendary defender now in charge of Galicia after playing spells at Blackburn and Independiente.

Ezequiel Garay – Last at Valencia, where he played since 2016, but he left and is without a club.

Gabriel Heinze – Former Man Utd defender was most-recently manager of Velez Sarsfield but quit at the end of last season.

Royston Drenthe – The controversial winger fell out with Jose Mourinho at Real and has bounced around ever since, including spells at Everton and Reading. Now at Dutch minnows Kozakken Boys.

Dani Parejo – Now a Valencia legend after nearly a decade at the club after leaving Real Madrid via QPR (loan) and Getafe.

Alvaro Negredo – Last at Al-Nasr, Negredo also played for Sevilla, Manchester City and Valencia, amongst others, since leaving the Bernabeu. He has returned to Spain with newly promoted Cadiz.

Karim Benzema – Still at Real Madrid to this day as the rest of his old team-mates disappeared around him.

Marcos Tebar – Last at Indian side Odisha, Tebar has endured a journeyman career since leaving Real, including a stint at Brentford.