For the second summer running, the MCG pitch is proving to be a major talking point because it isn’t offering enough of a contest between bat and ball. Here are the answers to some key questions about how we got to this point.

The short answer is, not enough. Last season, all five first-class matches at the ground ended in draws. The nadir came in the Boxing Day Test, in which just 24 wickets fell across the five days of the game.

But even then it’s not necessarily fun for batsmen. The ball can keep low, meaning that while the threat of getting dismissed because of tricks being played by the pitch is low, it’s hard to score quickly.

Two of the three Sheffield Shield matches at the ground so far this season ended in draws, although one of those draws probably would have been a Victorian victory if not for rain. But hopes of a more entertaining Test this year all but evaporated on day one when India crept to 2-215 at stumps, with the Australian bowlers having little help from the pitch. And there was more of the same on day two.

Why is this important?

The MCG could lose the right to host international cricket. Yes, it’s that serious. Under a scheme announced last year by the International Cricket Council, which aims to keep venues and curators accountable for doctored and sub-par pitches and outfields, venues receive public ratings from the ICC match referees after every Test, one-day international and Twenty20 international.

Venues accrue demerit points for a pitch or outfield that is rated "below average," "poor" or "unfit". These demerit points are counted over a rolling five-year period, and if a ground accumulates five points, it loses the right to host international cricket for 12 months.

Last year’s Boxing Day Test pitch was given a "poor" rating, but fortunately for the MCC that came just before the demerit points system became active. But a poor (three points) or below average (one point) rating would leave the MCG only one stuff-up away from losing international cricket for a year.

Just what makes a Test pitch "good" or "very good" is subjective, as shown by the recent Perth Test pitch, which was rated "average" by the ICC despite being widely acclaimed by past players. However the conventional wisdom is that a pitch should offer early opportunities for seam and bounce, flatten out for batsmen across the middle of the Test before breaking up towards the end, allowing spinners to come into the game more. This is what MCG curator Matt Page said he was hoping for ahead of the Test.

The biggest problem at the ‘G in recent summers has been that the pitch doesn’t break up. One Victorian player said of the pitch used during the recent Sheffield Shield game against Western Australia that you would have been able to play on it for another 10 days. 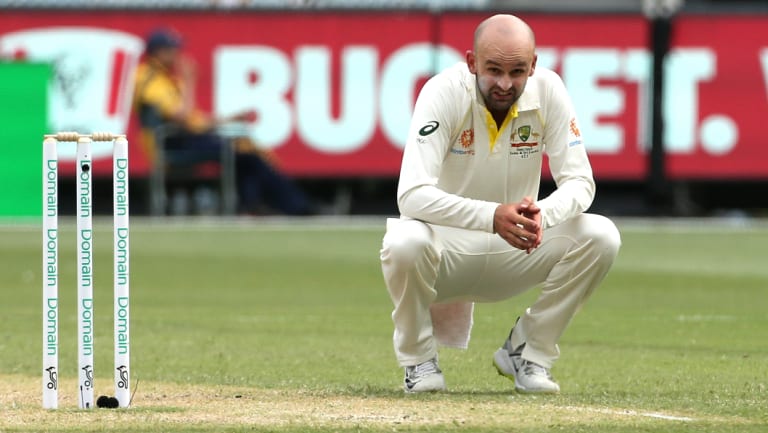 There hasn’t been much life in the MCG pitch.Credit:AAP

How to fix it?

If there was a straightforward answer we probably wouldn’t have reached this point, but several options have been floated. First, some context. The MCG has used a "drop-in" pitch since 1996, helping maintain the centre square for the AFL season.

Pitches rest outside the ground in Yarra Park, next to Punt Road Oval, during the winter, and are quite literally dropped in ahead of the start of the cricket season. This was revolutionary at the time, however there is a view in curating circles that the technology has become outdated.

Several changes were made at the end of last season, including the addition of a layer of sand onto the concrete slab in the middle of the ground to soften the connection between the pitches and the base. The number of pitches in the middle of the ground also dropped from 10 to seven in a bid to increase wear on the square. Those changes are relatively superficial, though.

More significant amendments could follow at the end of the season, with Page confirming on Sunday that ground management was considering changes that would bring the ground more closely in line with other drop-in venues around the country. The specific changes would be replacing the concrete base with pylons to support the pitches in porous trays.

The idea is to enhance the flow of moisture between pitches and the sand and earth below, helping the pitches break up. This technology has been used at Adelaide Oval and Optus Stadium. The former only started using drop-ins in 2013 following a major redevelopment, while the latter venue only opened this year.

Why has this only become a problem recently?

It’s not like the MCG has a long history of drawn Tests since the drop-in pitches were introduced. From 1998 to 2013, all there wasn’t a single drawn Test at the venue, despite the drop-ins and the fact Melbourne’s notorious weather has thrown a spanner in the works from time to time.

But criticism of the MCG pitch isn’t new. In 2008, then-Cricket Victoria chairman Geoff Tamblyn labelled the pitch the worst in the country, and the pitch has not had readily recognisable characteristics like other traditional Australian venues, such as the WACA (bounce), Gabba (pace), SCG (turn) and Adelaide Oval (batting-friendly).

While it's important to remember that neither the Gabba nor the SCG host nearly as many AFL games as the MCG, the management at both venues have steadfastly refused to introduce drop-in wickets for fear pitches could lose some of their defining features.

Part of the ongoing challenge faced by Victorian venues is the fact the soil used at most leading club grounds in Melbourne, Merri Creek soil, isn’t particularly conducive to bounce. One option for the MCG could be to import soil from another state.