Even as the league scrambles to deal with an outbreak among the Tennessee Titans and Cam Newton’s positive Covid-19 test thwarting the Patriots-Chiefs matchup, football’s schedule will rumble on. 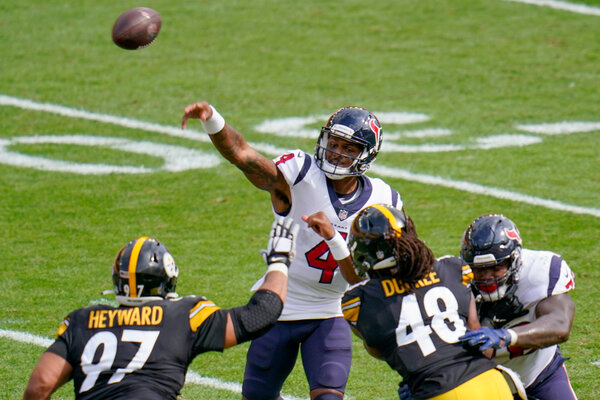 The idea of “tests” in the N.F.L. is usually a figurative one — how will Team X respond to the test of So-and-So’s defense? Until this week, pro football had been blissfully unencumbered by the scrambling and rescheduling to deal with positive coronavirus tests that other leagues have dealt with.

But in the wake of an outbreak among the Tennessee Titans organization, where upward of 12 members of personnel — including at least 9 players — returned positive tests, and Saturday’s news that Patriots quarterback Cam Newton and Jordan Ta’amu, a quarterback on the Chiefs practice squad, were added to their teams’ reserve/Covid-19 lists, the league has been busy remaking the schedule, testing players known to have been in contact with infected parties, and rethinking how it polices its coronavirus health protocols.

The Patriots-Chiefs game, originally scheduled for Sunday is tentatively planned for Monday or Tuesday. The Titans, who were supposed to face the Steelers this week, will instead face Pittsburgh on Oct. 25.

Despite the highly anticipated Cam Newton vs. Patrick Mahomes matchup being delayed, much of the N.F.L.’s Week 4 slate will go on, as scheduled. After Saints fullback Michael Burton tested positive for Covid-19 on Saturday, his re-test and a rapid test reportedly came back negative, keeping the New Orleans-Detroit game on pace to play. Elsewhere, the league’s unbeatens will try to stick with what’s working.

Ranking the likelihood that teams can get to 4-0 on Sunday.

With Tennessee and Pittsburgh inadvertently idle, Green Bay playing on Monday and Kansas City having to wait for their game until Monday or Tuesday, just three teams have a shot at improving to 4-0 on Sunday. Here is a ranking of the likelihood that each of them gets there.

1. Seattle — The Seahawks are setting N.F.L. records on offense, and doing absolutely nothing to help on defense. It’s an issue as far as the team’s Super Bowl prospects, but it is unlikely to matter against Ryan Fitzpatrick and the Miami Dolphins (1-2), even on the road.

2. Buffalo — The Bills have a lot to work out before they can truly be considered a contender, but quarterback Josh Allen is loving life with wide receiver Stefon Diggs. That dynamic duo gives the team a solid shot at victory in a road game against the Las Vegas Raiders (2-1), but Buffalo’s defense will need to play far better than it has this season if they want to continue their winning streak.

3. Chicago — There is no reasonable explanation for the Bears being 3-0 other than luck. The team’s defense is not terrible, but it’s hardly good enough to make up for an offense in such turmoil that they had a quarterback controversy without ever losing a game. They are hosting the 2-1 Indianapolis Colts, and while anything is possible, Chicago won’t want to bank on the Colts simply handing them a victory like Detroit and Atlanta did.