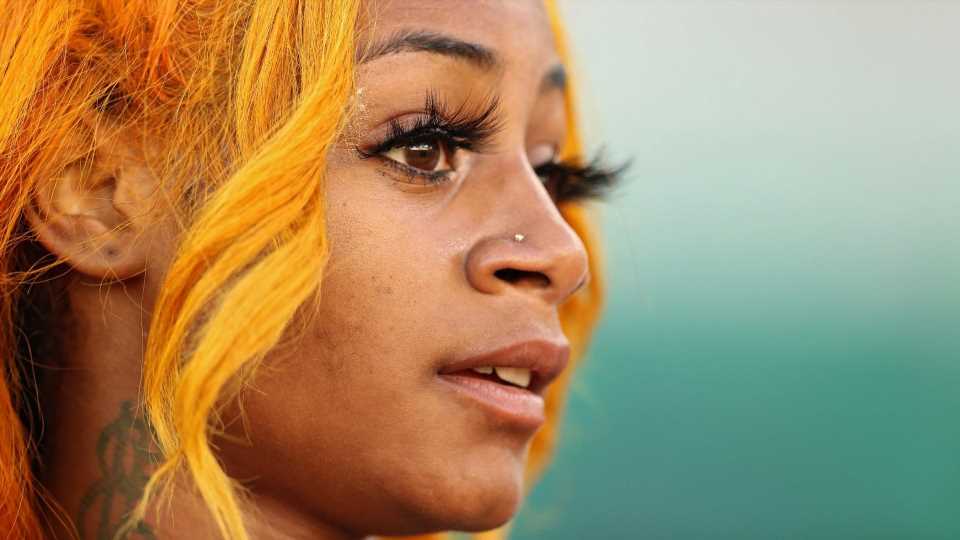 The United States will be without one of its fastest athletes at the 2021 Tokyo Olympics.

The exclusion of Sha’Carri Richardson due to a positive test for marijuana has been one of the dominant storylines heading into the Summer Games — not only a debate on the value of the rule, but also a question as to why she was left entirely off the U.S. Track and Field roster.

Sporting News breaks down everything you need to know about the situation, from Richardson’s controversial marijuana-related suspension, Olympic marijuana policy and why she will not compete at all in Tokyo:

DeCOURCY: Excluding Sha’Carri Richardson from Olympics is a dopey decision

What happened to Sha’Carri Richardson?

Richardson on June 20 ran a 10.86 in the women’s 100-meter dash: fastest among U.S. qualifiers, seemingly guaranteeing her a roster spot for the Tokyo Olympics.

On July 1, Richardson published a cryptic tweet that read, “I am human.” The following day, the U.S. Anti-Doping Agency — which operates under the World Anti-Doping Agency and its legislation — announced that she tested positive for marijuana. Though it is legal in the state of Oregon, it is classified as a “substance of abuse” by WADA, therefore invalidating her run.

The USADA adhered to its parent organization’s guidelines, announcing Richardson had also agreed to a 30-day suspension as of June 28. Richardson did not make the women’s 4×100 relay team either, though that was not related to her suspension.

Richardson consumed marijuana before the Olympic trials, meaning she ran with THC in her body. That was enough to remove her from the U.S. Track and Field roster before it was even finalized. She did not test positive for steroids.

Richardon on July 2 appeared on the “Today Show” to apologize and explain why she smoked marijuna, saying she used it as a coping mechanism after a reporter — whom she described as a “complete stranger” — told her that her biological mother had died.

“Honestly, I just want to apologize for my actions,” Richardson said. “I know what I did. I know what I’m supposed to do, I’m allowed not to do, and I still made that decision. Not making any excuse, or looking for any empathy in my case.

“However, being in that position in my life, finding out something like that, something that I would say, one of the biggest things that impacted me positively and negatively in my, when it comes to the relationship I have with my mother, it definitely was a very heavy topic on me.”

Below is Richardson’s interview with the “Today Show”:

The U.S. Anti-Doping Agency released a statement after Richardson’s appearance on the show, saying it would work with her “to ensure she has ample resources to overcome any mental health challenges now and in the future.”

For a substance to be added to the WADA’s prohibited list, it must meet two of three criteria:

WADA continues to classify marijuana under these guidelines. Moreover, it views THC as a “substance of abuse” because of its frequent use in society outside of sports, alongside cocaine, heroin and MDMA/ecstasy.

According to the USADA, athletes can reduce substance abuse-related suspensions to one month if they a) establish use of a substance of abuse was out of competition, b) show it is unrelated to sport performance and c) successfully complete a substance abuse program.

Per those guidelines — and using Richardson’s 30-day suspension as a basis — it’s likely WADA includes THC among its prohibited list because the organization believes it poses a health risk and violates the spirit of the sport.

Though Richardson was disqualified from running her primary event, the timing of her suspension left open the possibility to compete in the 4×100 women’s relay, which starts on Aug. 5 — a week after her suspension’s end. Teams are allowed to bring six athletes for the event: the top four finishers in the women’s 100-meter dash, by rule, and two discretionary selections. Even if Richardson’s run was disqualified, she could have made the team as one of two alternates.

Richardson was not included on the final Olympic roster for Team USA, released on July 6, however.

In a release, U.S. Track and Field expressed sympathy for Richardson, explaining it did not select with her either of its two discretionary picks — which went to English Gardner and Aleia Hobbs — because they had already been selected before Richardson agreed to a reduced, 30-day sentence. Including Richardson on the team’s final roster would have meant removing one of either Gardner or Hobbs after they had been chosen for those positions.

With that, Richardson was removed entirely from Olympic competition.