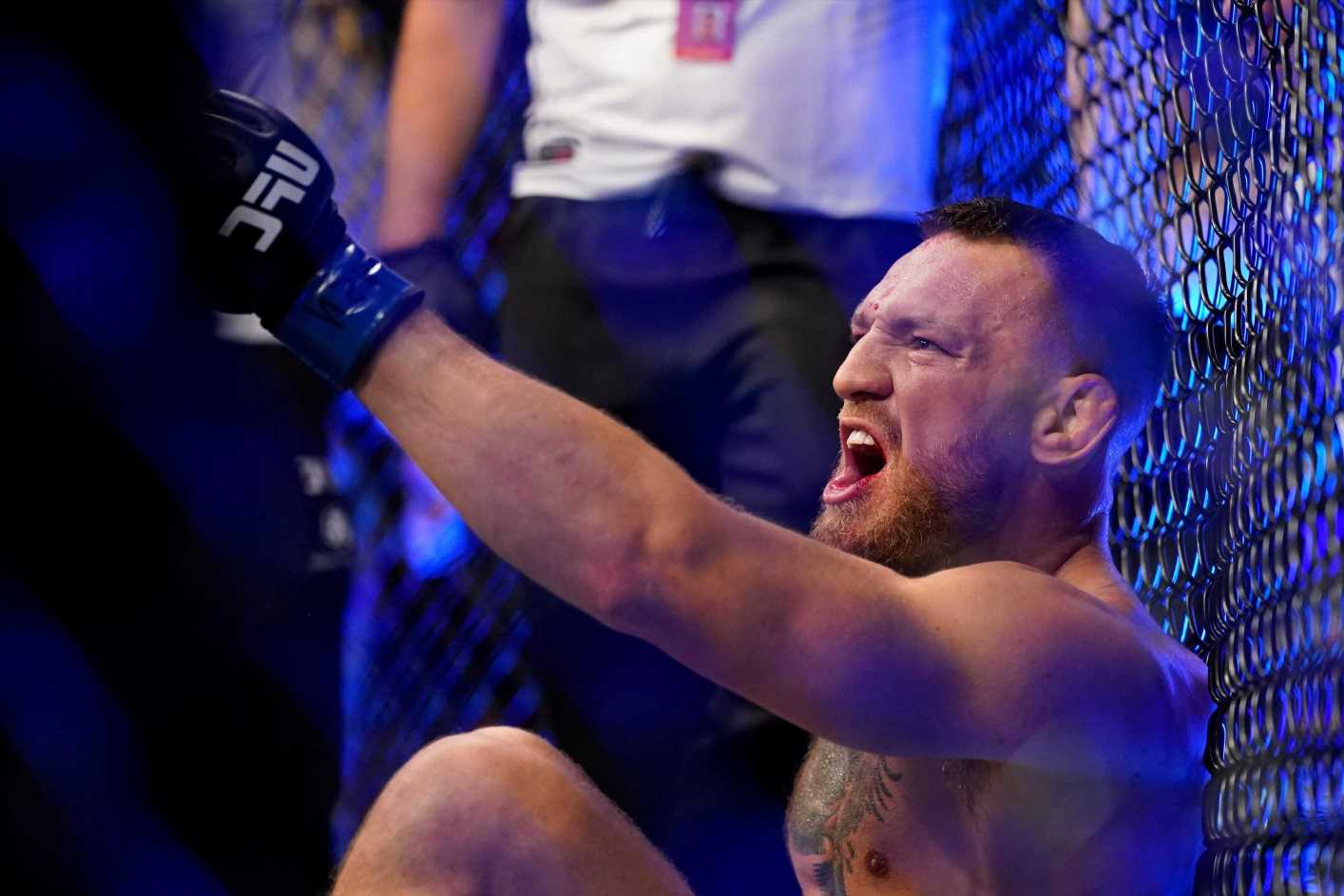 CONOR MCGREGOR demanded his second loss to Dustin Poirier be ruled a doctor stoppage and not a referee-ended fight as he laid against the cage with a broken ankle.

The Notorious suffered a second consecutive loss to the American this morning in the main event of UFC 264 in Las Vegas.

The Irishman, 32, broke his ankle seconds before the end of the first round.

McGregor's inability to continue prompted the doctor to call a halt to proceedings, meaning Poirier was awarded a TKO victory.

And the UFC's first simultaneous two-weight world champion demanded it not be ruled a ref-induced stoppage.

The heat between Poirier and McGregor returned to the level it was at before their first clash seven years ago.

And a furious McGregor was quick to let The Diamond know their rivalry is far from over. 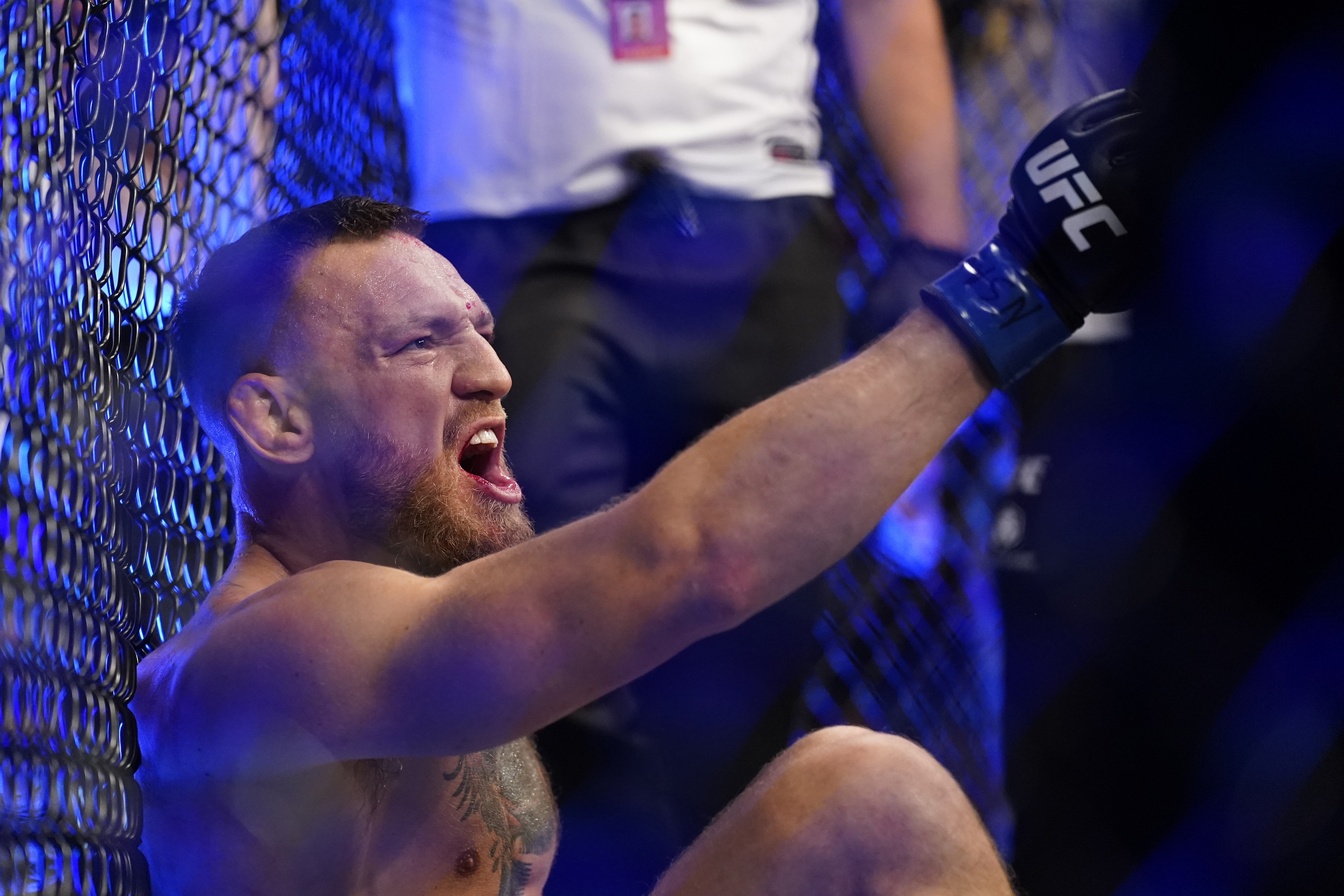 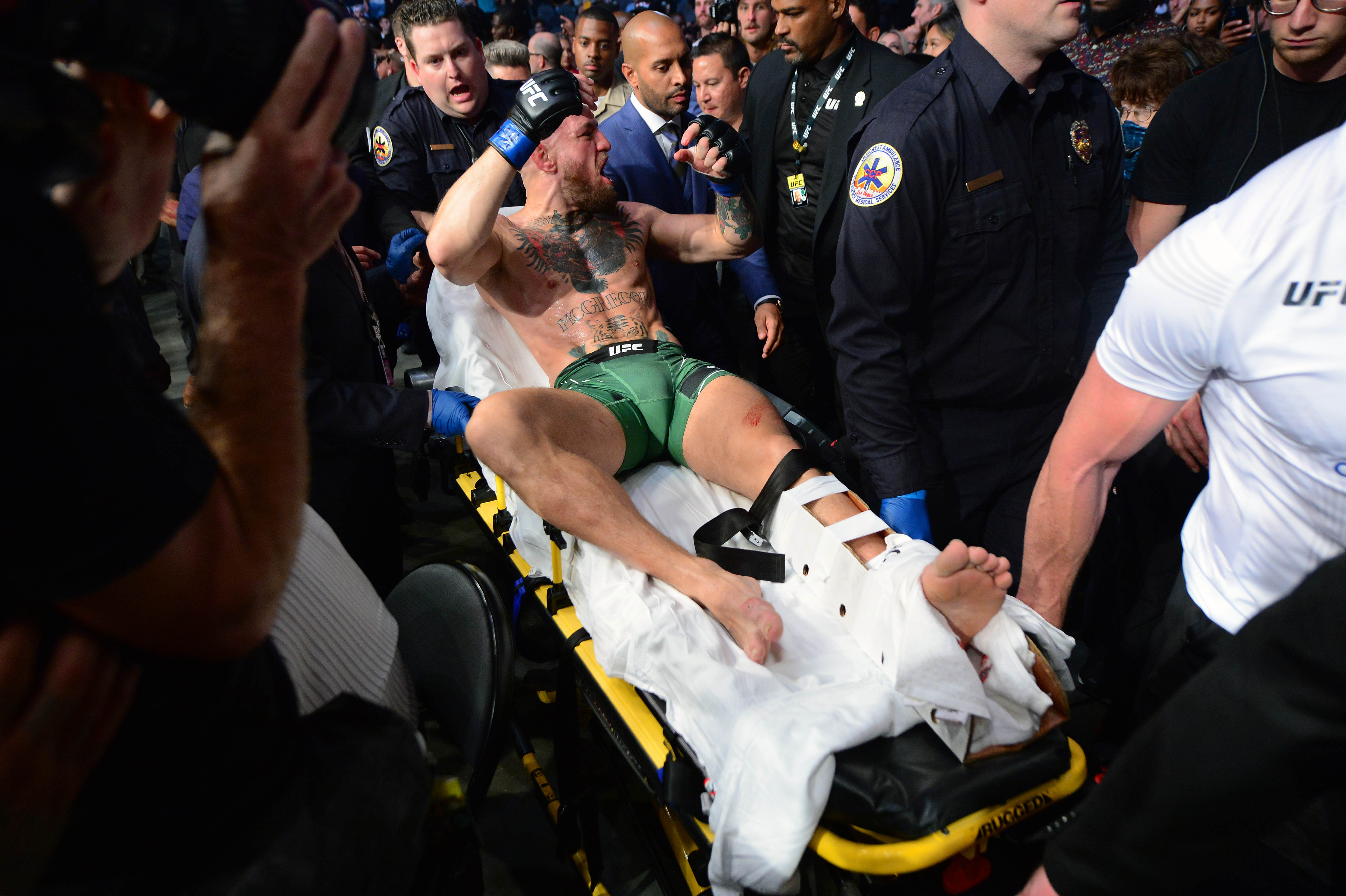 "Usual s***e, dive to close the distance. This is not over. I have to take this outside with him, it's on."

He added: "There was no check. There was not one of them was a check. Your wife is in my DM's.

"Hey baby, hit me back up and I'll chat to you later on. We'll be having an afterparty at the Wynn nightclub baby."

Before McGregor's verbal onslaught, Poirier said: "He fractured it on one of the checks at the beginning of the fight and it broke on a punch for sure.

"When I pointed at him at the beginning of the fight, that's when I checked a good kick. I bet that's when it cracked. I felt something. He was kicking me hard."

He said: There's no holds barred with the trash talk, right? But murder is something you don't clown around, there's no coming back from that.

"You don't talk to people like to people, man. I hope this guy gets home safe to his beautiful family."