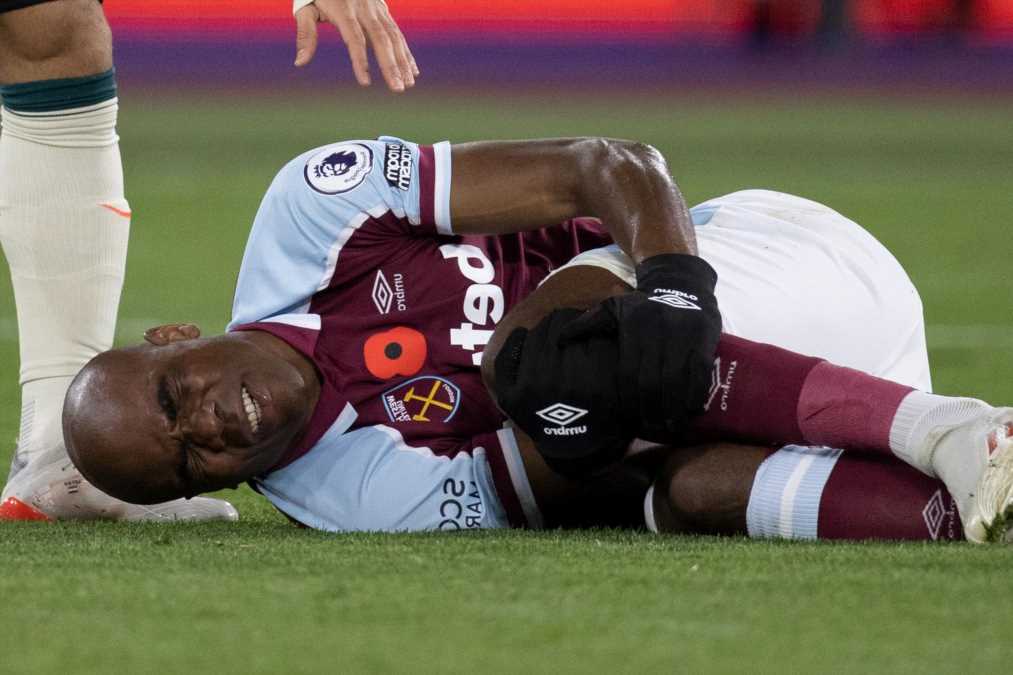 WEST HAM defender Angelo Ogbonna is facing MONTHS on the sidelines after suffering a serious ACL injury in his side's win over Liverpool.

The 33-year-old was replaced by Craig Dawson in the 22nd minute of their 3-2 victory at the London Stadium on Sunday. 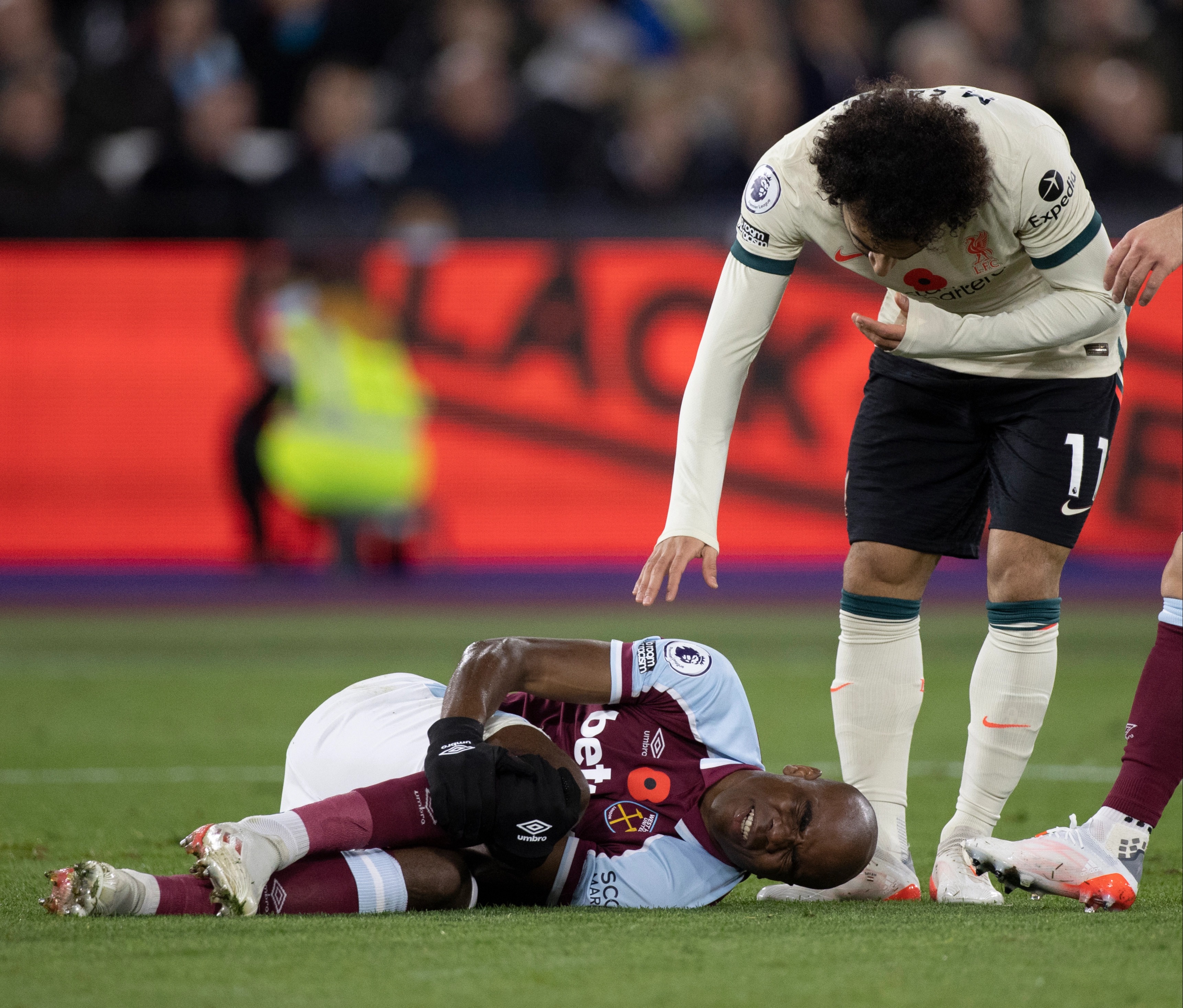 And it has now been confirmed by the club that a scan on Monday showed he has suffered damage to his anterior cruciate ligament, a horrible injury which has ruled other players out for extended periods of time.

A statement from West Ham's Head of Medical Richard Collinge said: “After being substituted following a separate incident that led to him suffering a cut above his eye, Angelo felt some discomfort in his right knee so we scanned him to ascertain the extent of the injury.

“That scan has shown up some damage to the anterior cruciate ligament and we have begun his rehabilitation immediately. Angelo will see another specialist this week and we will then have a clearer picture around his timeline of recovery.”

Ogbonna has been ever-present for the Hammers so far this season, playing every minute of their stellar Premier League campaign before being forced off at the weekend.

He has been a key part of David Moyes' team which currently sits third in the Prem table after 11 matches.

But the London outfit will now have to cope without him for several months as he goes through extensive rehab to recover from the injury.

Several other Prem players have suffered ACL damage in recent years, with the likes of Virgil van Dijk, James Justin and Hector Bellerin all sidelined for the remainder of the season.

West Ham will be hoping they can get Ogbonna back to play some part of the campaign as they prepare to fight on multiple fronts.

Moyes' side currently occupy a Champions League qualification spot after seven wins, two draws and just two defeats so far in the league.

They are also into the quarter-finals of the Carabao Cup following their penalty shoot-out win over holders Manchester City.

And in the Europa League they are unbeaten in four matches, a feat which sees them top their group with two games remaining.

Moyes does have players who can come in for Ogbonna including Dawson, Issa Diop and even midfielder Declan Rice.