WILFRIED Zaha returned to inspire a Palace rout – but West Brom boss Slaven Bilic will be furious after a controversial red card for Matheus Pereira.

The Ivorian was back following a two-game absence after he tested positive for coronavirus and had to self-isolate. 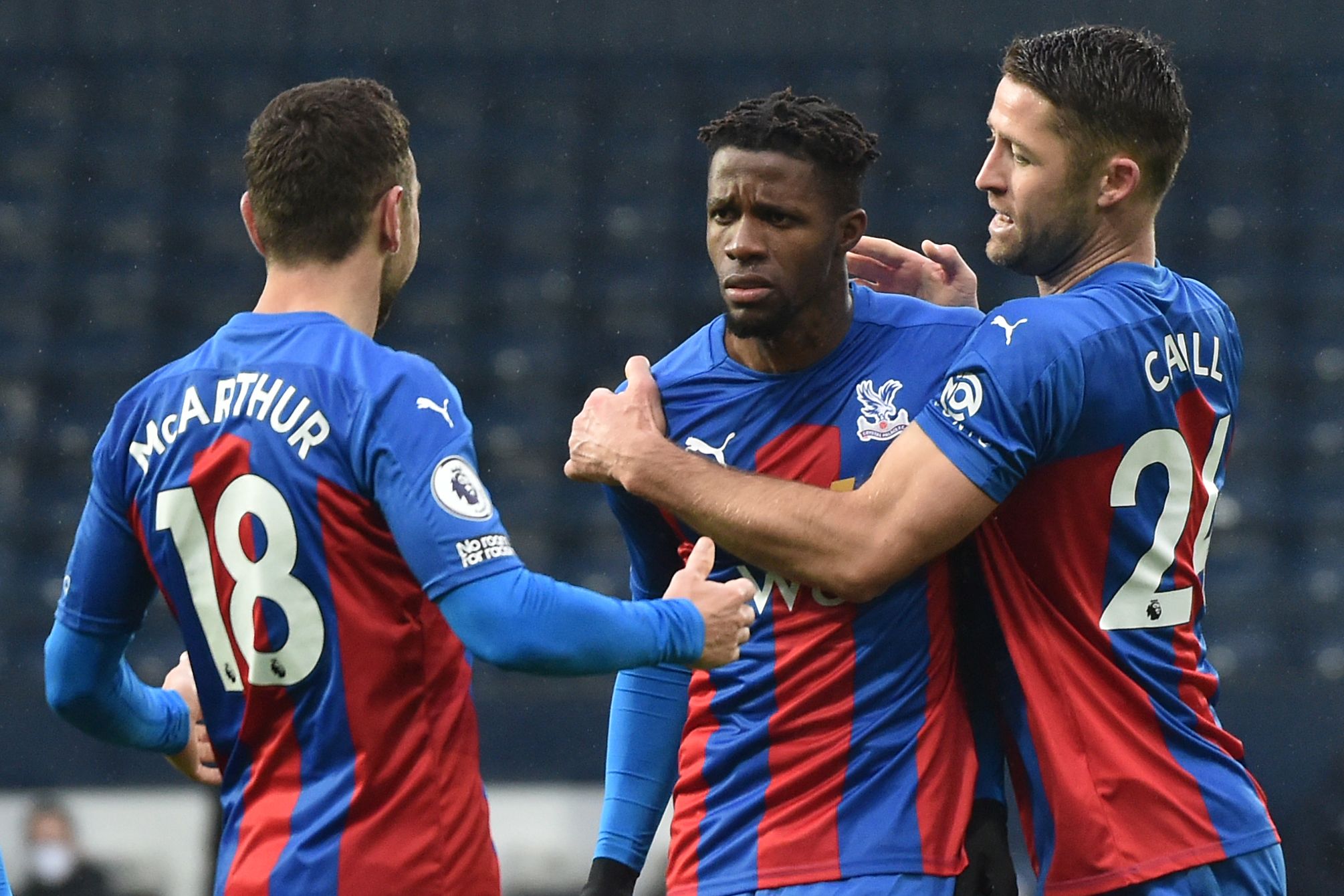 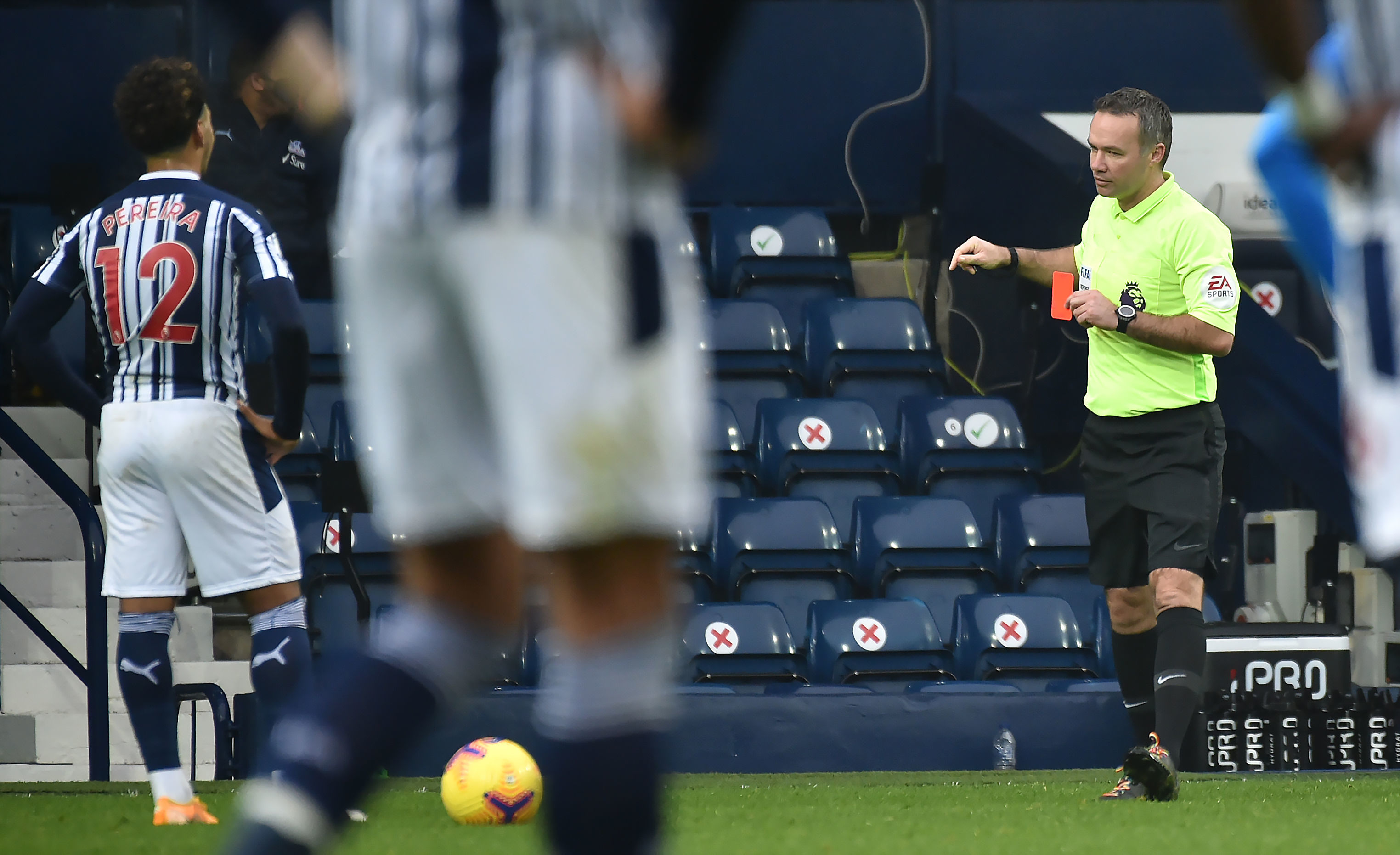 And he scored twice as well as making the opener and hitting the bar.

Christian Benteke also got in on the act with his first two goals of the season as Palace scored five goals away from home for the FIRST time in the Premier League.

But the game turned after 34 minutes when Pereira was sent off for kicking out at Palace defender Patrick van Aanholt.

As the Brazilian tumbled under van Aanholt’s challenge, Pereira appeared to catch him in the midriff.

Van Aanholt reacted and it went to VAR, with ref Paul Tierney going to the pitchside screen to rewatch before producing a red card.

Technically, the player left the ref with little choice by the letter of the law – but the decision was harsh in the extreme and wrecked any hopes of a Baggies win.

Bilic and his No2 Danilo Butorovic were furious at the decision and made their views clear.

Zaha’s boss Roy Hodgson said he hoped the player’s absence ‘had made his heart grow fonder’. 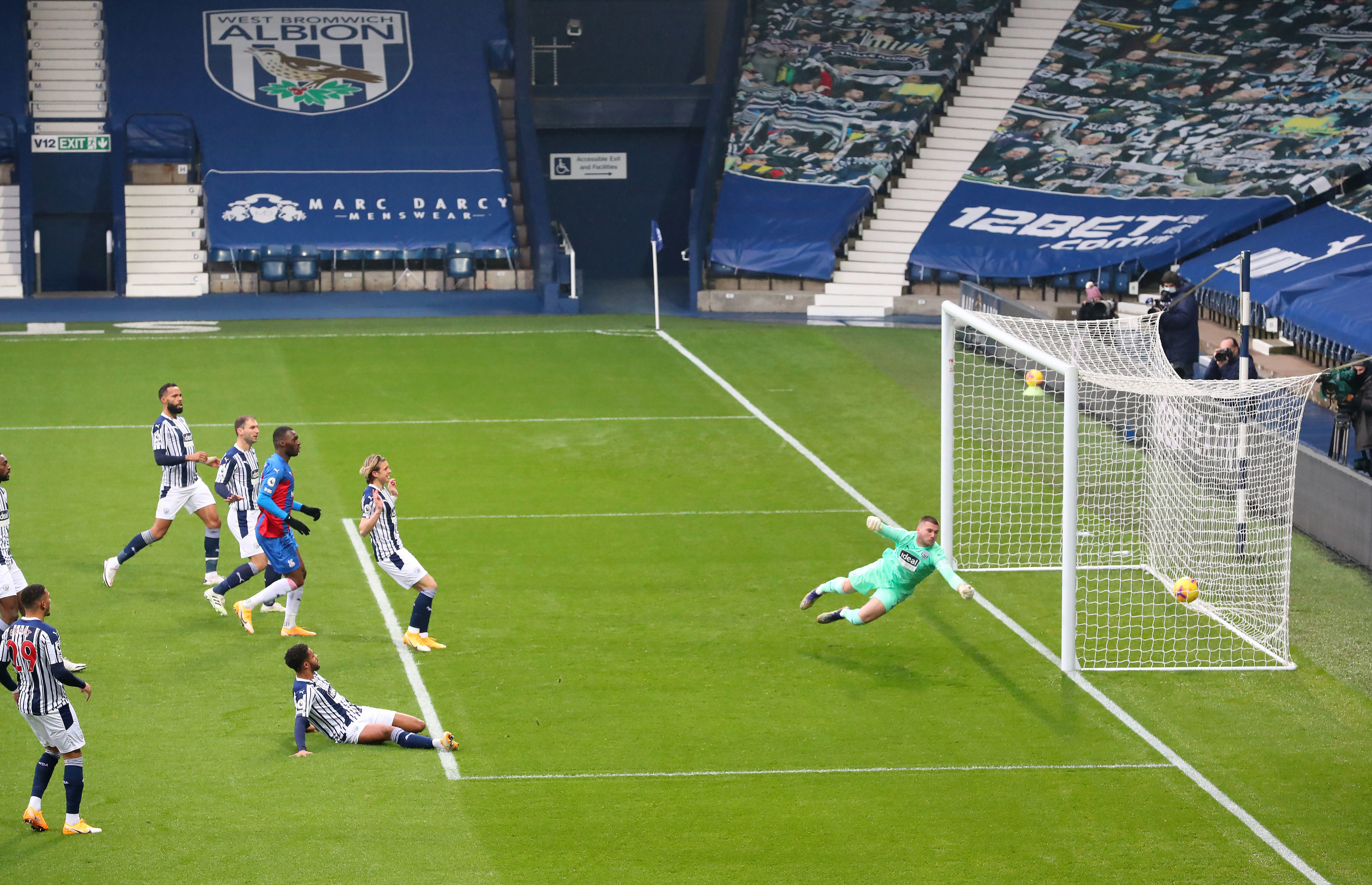 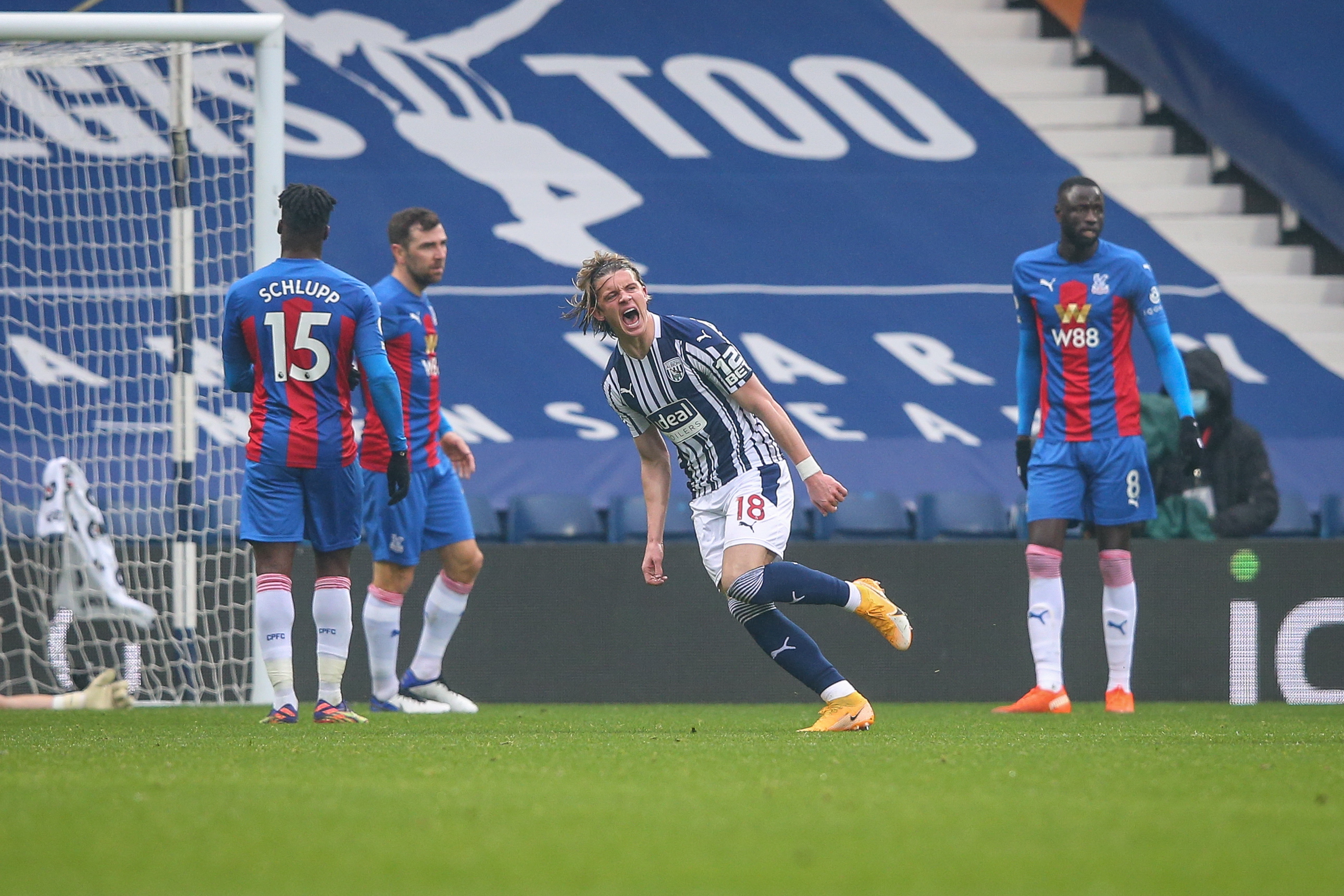 But he definitely looked keen to make up for lost time, and almost opened the scoring after three minutes when he turned and lashed in a shot that clipped the crossbar.

And Zaha played a major role as Palace went ahead in the eighth minute.

He took full advantage as Pereira slipped and allowed Zaha to get in a cross which Darnell Furlong could only turn into his own goal.

Benteke then set up Zaha for a first time volley that fizzed over the bar.

And Furlong was involved again as Baggies drew level after half an hour.

A superb pass from Semi Ajayi wrong footed van Aanholt and found. Furlong’s first cross blocked, but then he pulled back for Conor Gallagher who drove it first time into the bottom corner.

It was similar to his goal last week against Sheffield United and came against the side who tried to sign him on loan before the season. 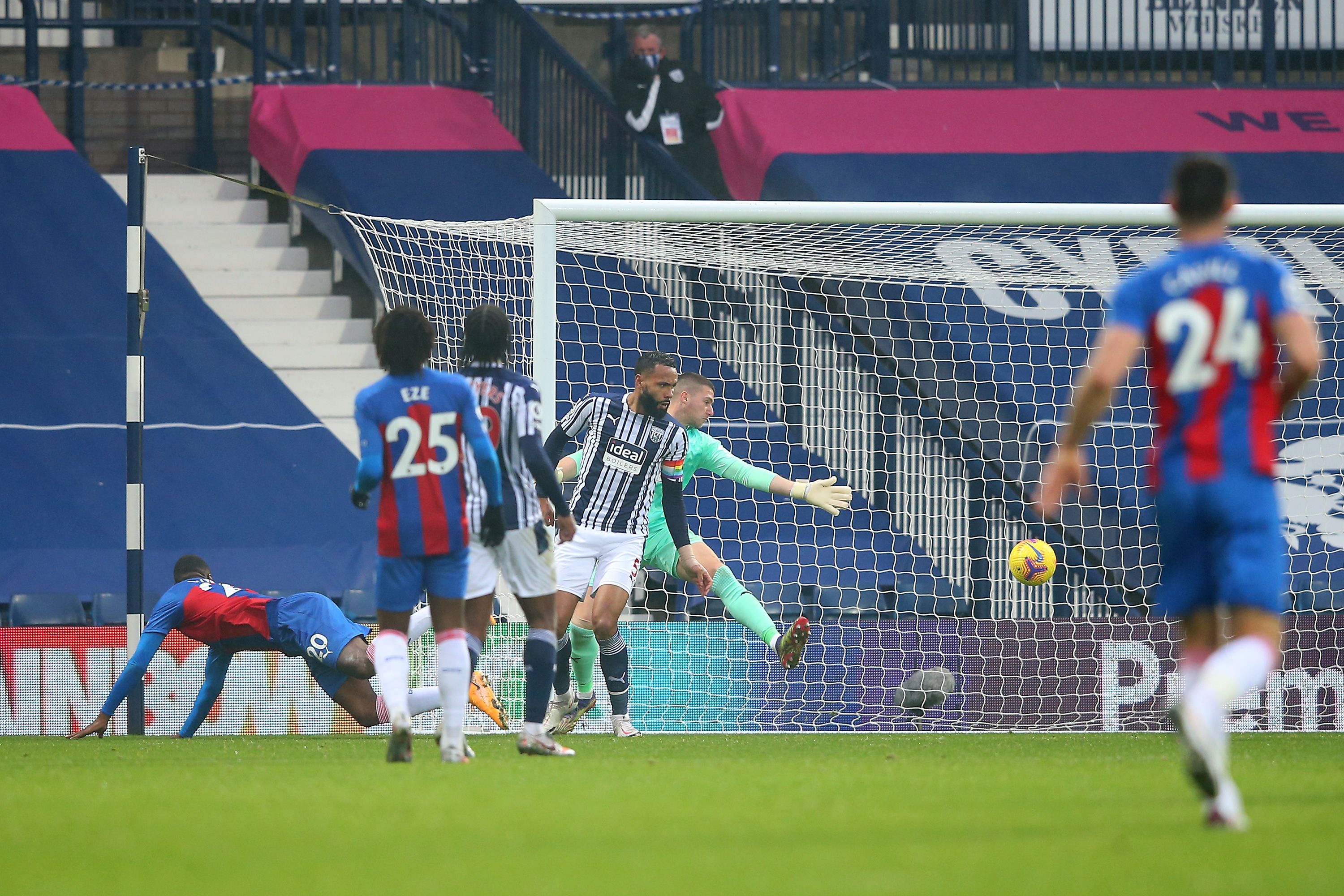 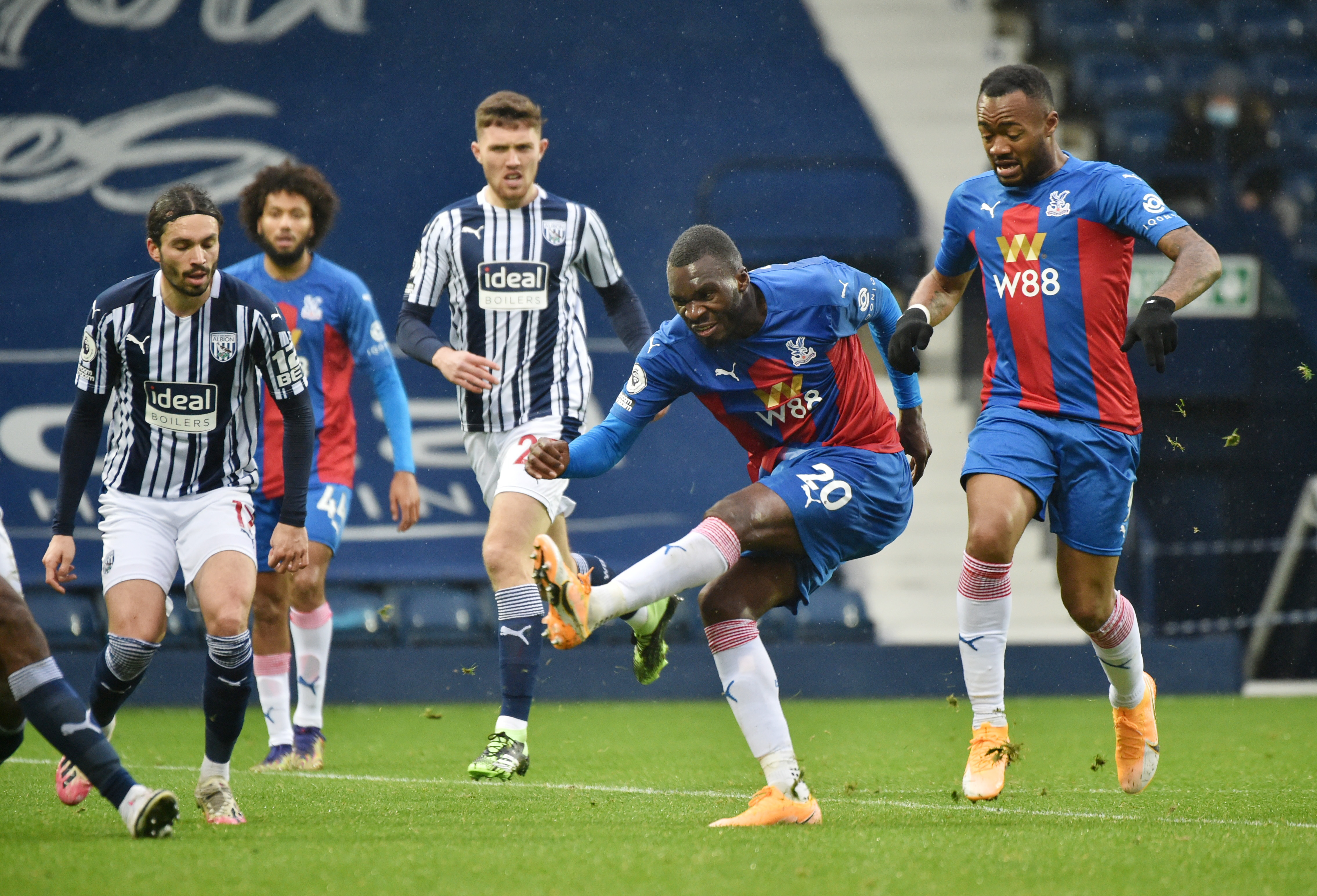 The game turned Palace’s way after the break as Hodgson’s side made the most of playing against 10 men.

Baggies keeper Sam Johnstone showed why Bilic thinks he can play for England when he pulled off a flying save from van Aanholt.

But it only postponed the inevitable as Benteke saw a goalbound shot blocked before Zaha cut in from the left to curl home an excellent goal.

Three minutes later, Palace scored again when Jeff Schlupp found van Aanholt who refused to give up as the ball looked set to run out of play.

He pulled the ball back for Benteke who stooped low to head home for his first goal of the season and only his third in the calendar year.

Palace were running riot by this point and scored a fourth when Eberechi Eze played a one-two with Benteke and found Zaha who converted from eight yards out.

Benteke powered in a fifth with eight minutes to go as Palace completed the thrashing.