PREMIER League big spenders Aston Villa eased to a comfortable victory at Walsall – and there were two goals each from new faces Wesley and Jota.

Villa boss Dean Smith fielded six of his new summer signings in the starting line up – and they won 5-1 at the Banks’s Stadium with four of their goals coming before the break. 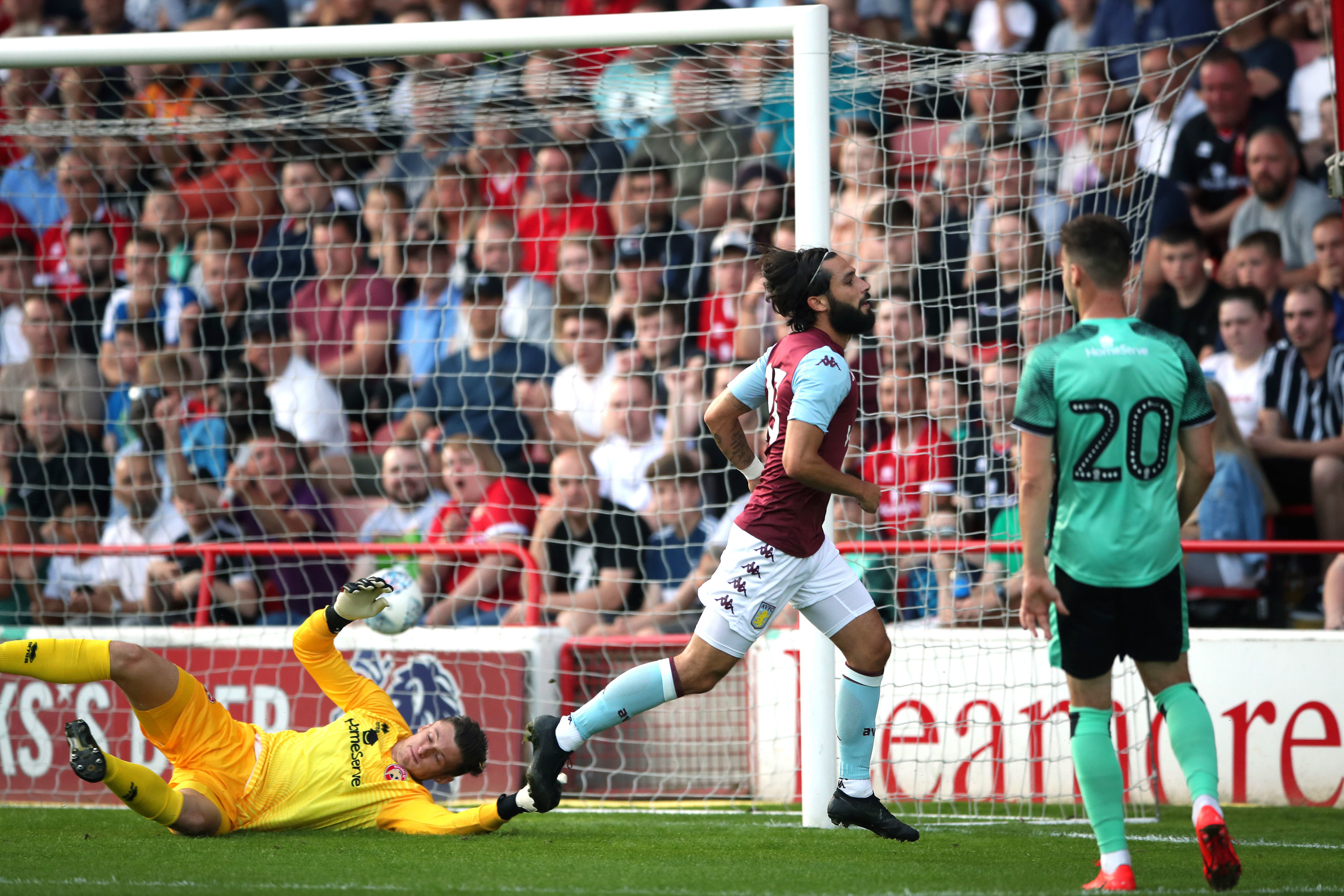 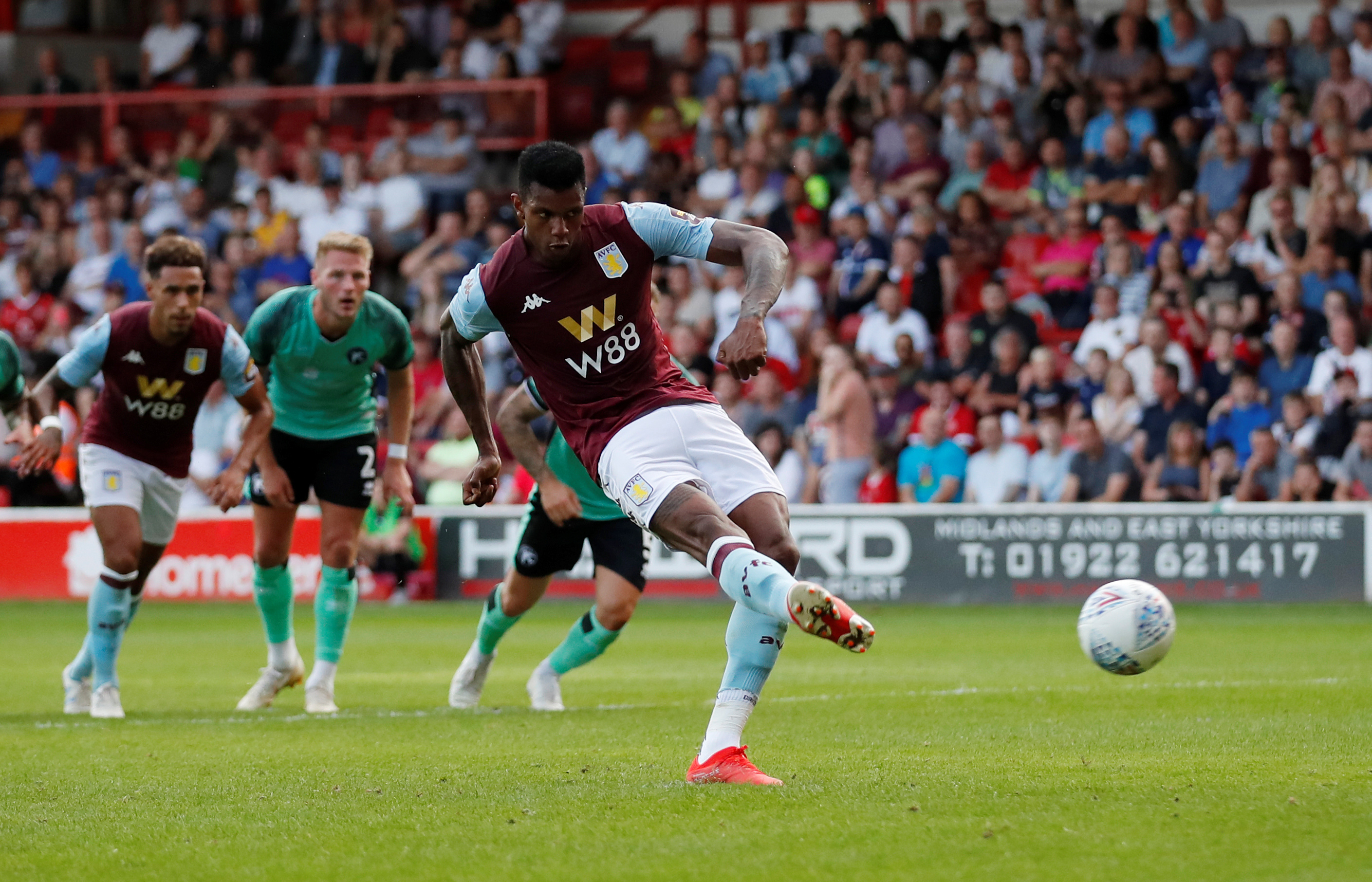 But there was no place for Egypt winger Trezeguet who signed on Wednesday in an £8.75million move from Turkish side Kasimpasa – as he still needs to complete his visa requirements.

There was, however, a first outing for former Belgium Under-21 defender Bjorn Engels after his move from French side Reims.

Villa have now splashed out £107million in the transfer market since winning promotion in May.

Here is how the new – some perhaps not so new – men fared at the Banks’ Stadium, with Smith switching all of his outfield players after 70 minutes.

Villa’s record signing scored his first goals since moving in a £22m deal from Club Brugge.

The big striker looked a handful and put Villa one up after 10 minutes.

He was on target again 18 minutes later after he won a penalty when he was pulled back by Walsall’s James Clarke.

Wesley – as he will be known – took a short run up before calmly converting the spot kick.

He then turned provider on the hour as he set up Villa’s fifth goal for captain Jack Grealish.

The £11m signing from Southampton provided some neat link ups and looks a good addition at left-back.

Produced an excellent first half pass that set Wesley clear once more, but this time the chance went begging.

He will want to show Southampton this season that they were wrong to let him go. 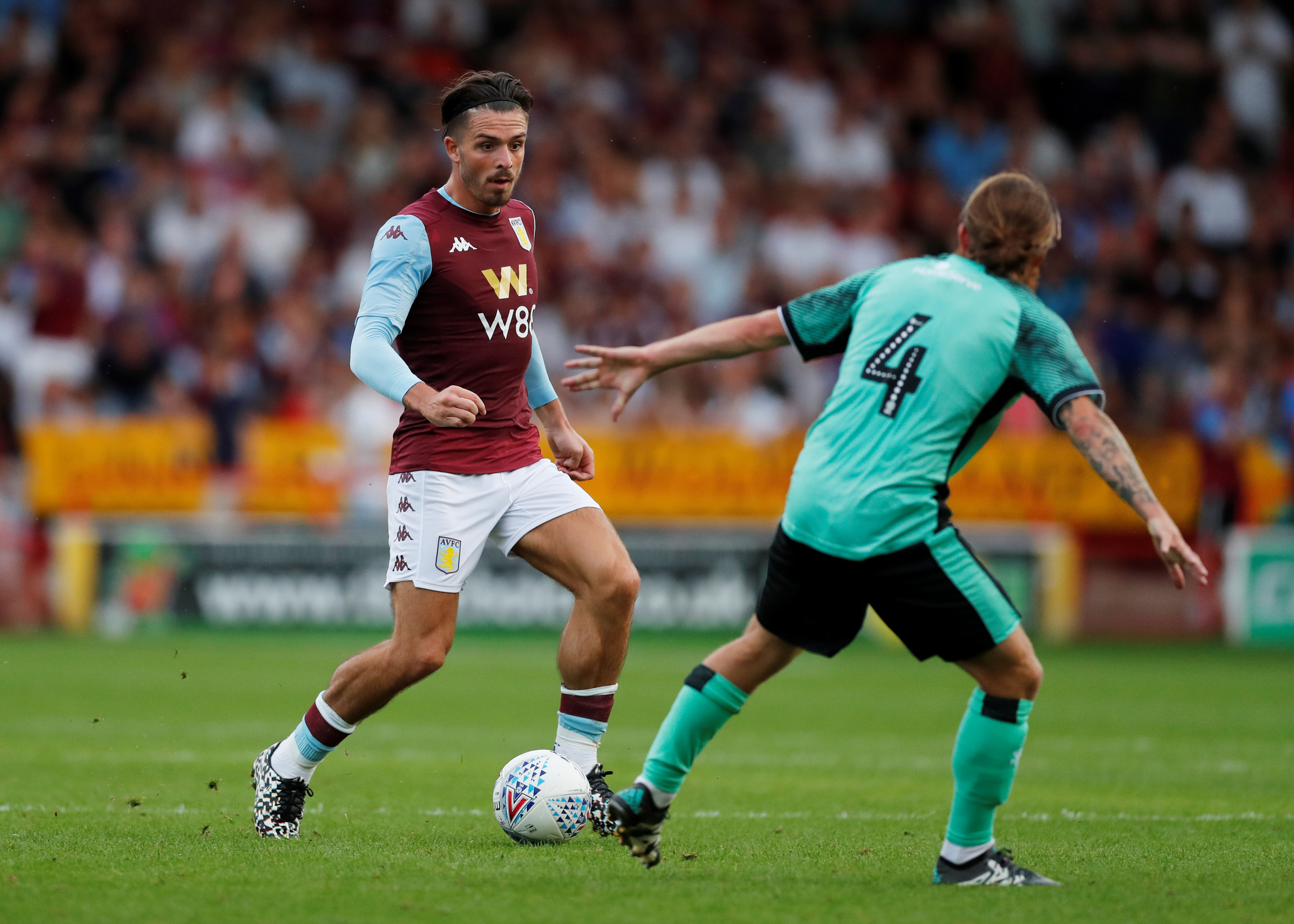 The £9m signing partnered central defender Tyrone Mings at the back and produced an accomplished display at the back.

It was his debut display in a Villa shirt after missing Sunday’s class at Shrewsbury through injury.

He was given few scares by League Two Walsall’s attack and looked comfortable enough – but the acid test will come when he makes his debut in the Premier League.

The Spaniard is well known to Dean Smith after the pair worked together a Brentford – and the ex-Birmingham player showed why the Villa boss made a Bee-line for him again.

He had a hand in three of Villa’s four first half goals.

He opened the scoring from close range, then played in a neat pass for Wesley to score number two.

Jota then made it four for Villa with a low drive at the near post just before the break.

He looked to be playing more of a central role at times with Smith looking for a goal threat from him.

The Frenchman is already proving a useful looking addition as he finally made the move to Villa from Caen after he was loaned back to the French side following his January transfer.

Guilbert played in a nice ball for Jota to set up Villa’s opening goal and he provided an attacking threat on the right hand flank.

There was plenty of pace on show as well as some vision that earned applause from the travelling fans.

The ex-Bournemouth centre half needs no introduction to Villa fans.

But he made his move permanent in a £20m deal – rising to a potential £25m earlier this month.

Mings was a revelation in the second half of last season when Villa made their charge for the play-offs.

And this game provided few problems as he eased his way through the clash with Villa’s West Midlands neighbours. 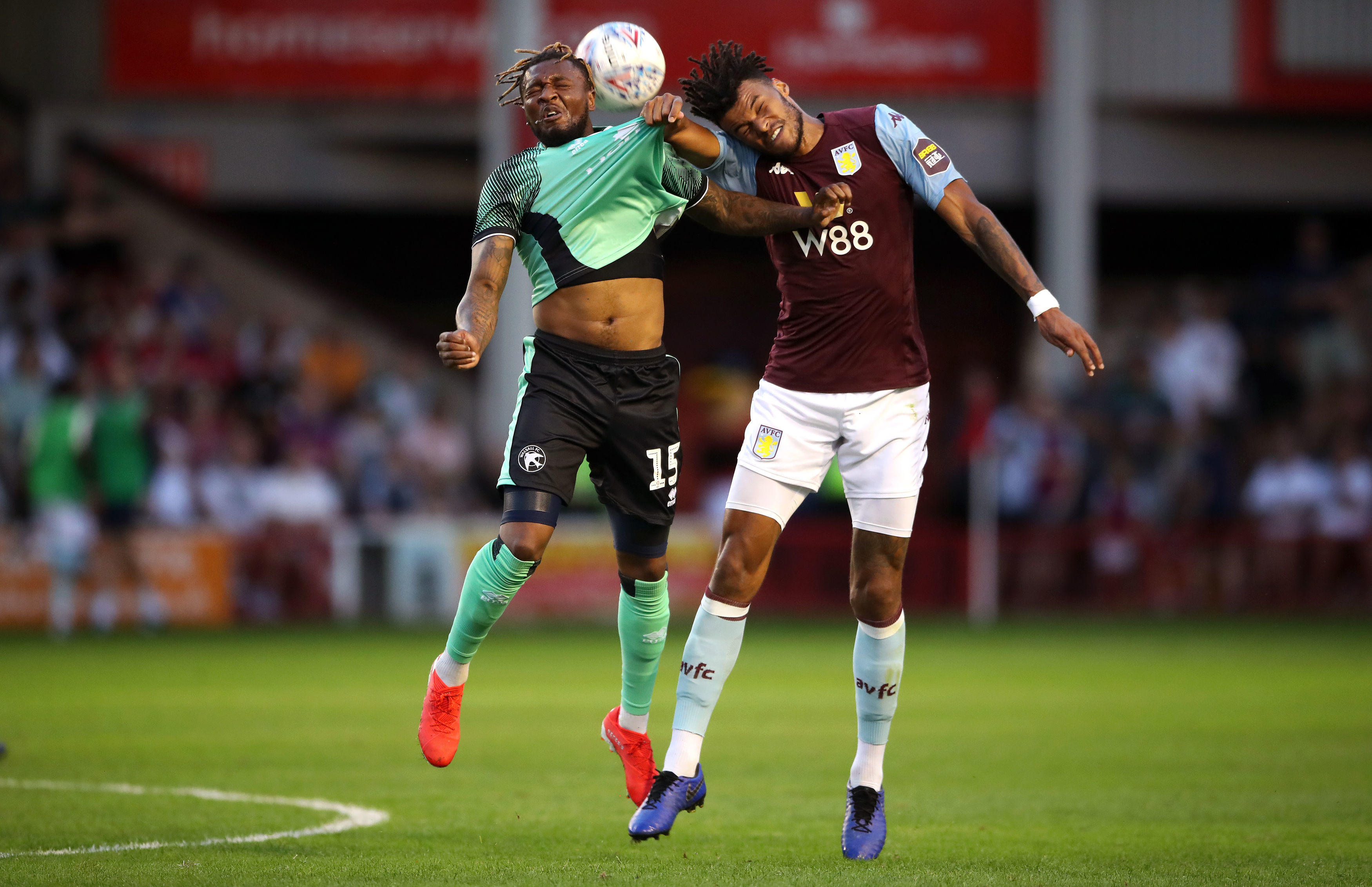