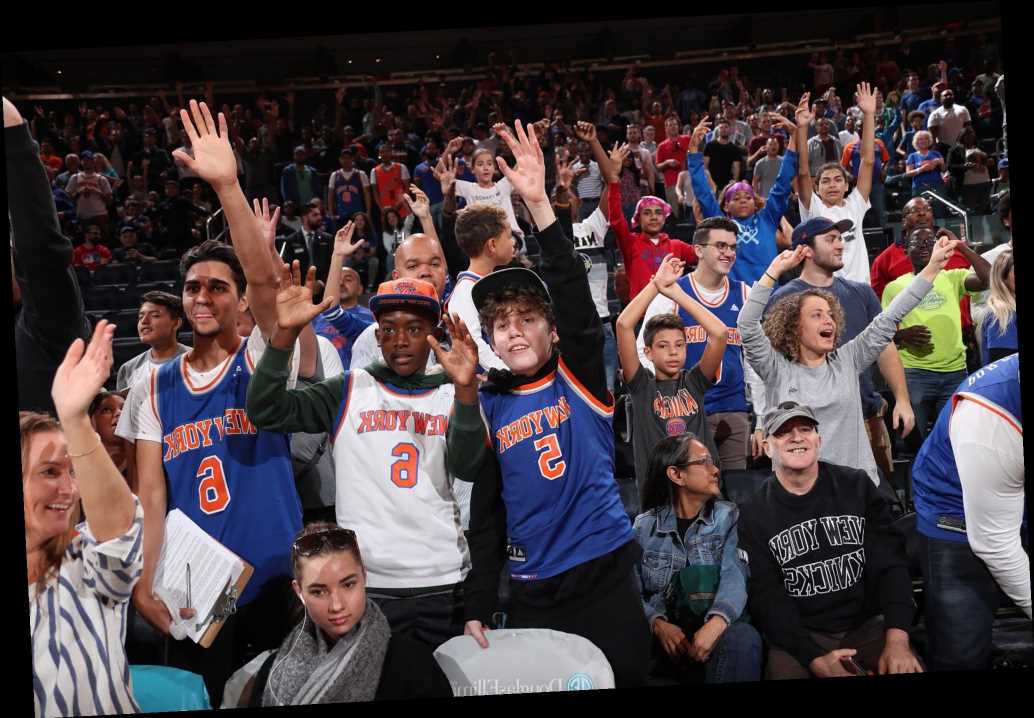 Really, we’ve been waiting for a night like Tuesday night ever since we became a two-basketball-team town again eight years ago. We’ve logged so many years in basketball purgatory, watched too much bad ball, seen too many players who were just passing through on their journeyman’s itinerary.

For as long as we still believe we are a basketball city — and around here, despite it all, that’s still the basketball city — we will allow our hearts to percolate a little more on nights like Tuesday night when the Knicks and the Nets share the billing of a virtual marquee that could stretch the lengths of the Manhattan, Brooklyn and Williamsburg bridges — however you wish to cover the six miles connecting Madison Square Garden to the west and Barclays Center to the east.

“There’s no place like New York to play,” the Knicks’ RJ Barrett declared a few weeks ago.

“There’s no place like the Garden,” clarified Julius Randle, even though, if we’re being honest, the Garden didn’t seem to always love him back the last time anyone besides the custodians, announcers, sportswriters and security folks were allowed inside.

There will be another 2,000 inside on Tuesday night. Across the East River, there will be about 300 allowed to slip in the doors at Barclays Center, a dry run for the 1,800 or so who will be permitted inside after the All-Star break. For the Nets, Tuesday will be the first game played before actual paying customers since March 8, 2020, a 110-107 win over the Bulls; the Knicks played that night, too, a 96-84 win over the Pistons.

So the fans all left together, and 352 days later they will return together.

And they’ll have some basketball buffet to enjoy.

At the Garden, the Knicks will take another stab at reaching .500, a modest step to be sure but one that, given the trajectory of recent times, is a target worth focusing on; at Barclays the Nets return from the most successful road trip in team history, a 5-0 blitz through the Western Conference that took out both of LA’s title hopefuls, included a 24-point come-from-behind win in Phoenix and nudged them to within a half-game of Philly atop the East.

New York is always a welcome stage for honored guests, too, and so at the Garden there will be the ever-magnetic presence of Steph Curry, who provided something of a sneak-peek coming-out party at the Garden almost exactly eight years ago with 54 points on 11 of 13 shooting from 3. The Knicks “held” Curry to a relatively quiet 30 when they beat the Warriors by 15 back in January. But that was San Francisco. This is the Garden.

At Barclays, the Sacramento Kings will have their easy-on-the-eyes point guard tandem of De’Aaron Fox and Tyrese Haliburton, the former averaging 22 a game and the latter one of the league’s most dynamic rookies, a player Knicks fans occasionally stare at covetously because they passed on him in the most recent NBA draft.

By night’s end, if things shake out properly, New York City could have a first-place team on one side of the river and a non-losing team on the other side, and it has also been eight long years since that happened. Lots of awful basketball under those three bridges. Lots of forgotten seasons and forgettable players. Lots of fans who came, screamed themselves hoarse, and left wondering why they even bothered.

Not this time. Not Tuesday. They will come to the Garden, and they will come to Barclays, they will endure the inconveniences of life in a time of COVID-19, and when that’s all done they will take their seats and — we can only assume, but we feel good about the assumption — they will yell themselves hoarse again. Back in the arena again. Back at the game. Trying to replicate a full house. The dueling catharses ought to be something to behold.