The 46-year-old has vowed to put the rugby league great 'to sleep' when they meet in the ring. 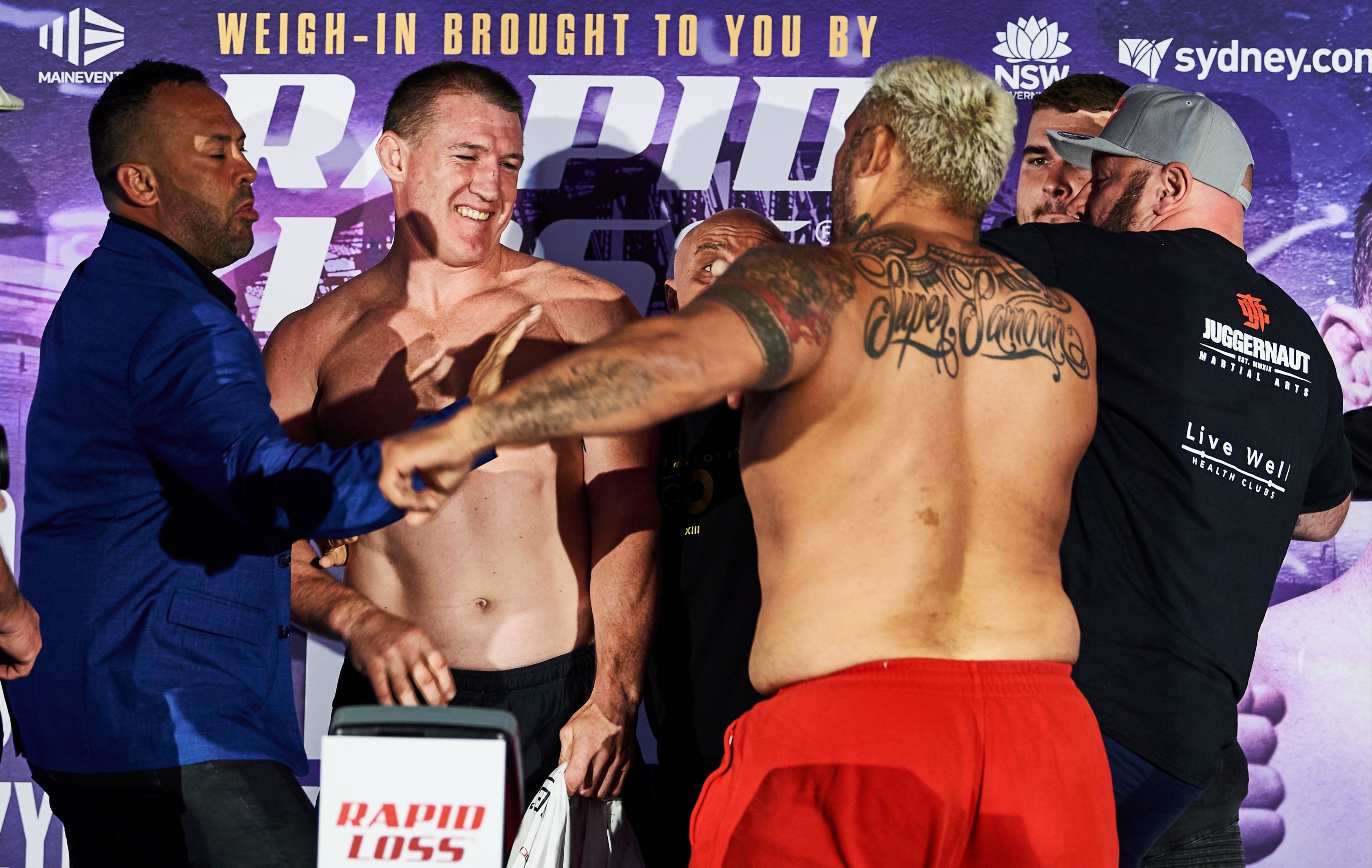 But tensions boiled over as the pair came face-to-face at their pre-fight weigh-in.

The UFC icon then tried to hit Gallen with a huge left hook, but luckily he missed.

Hunt's entourage managed to hold him back while Gallen casually smiled on stage.

The pair will go to war at the Bankwest Stadium in Sydney on Wednesday.

Rugby legend Gallen claimed he is planning on sending Hunt into retirement once and for all.

The 39-year-old, who has a boxing record of 9-0-1 including five knockouts, said: "It's a huge challenge for myself. A huge step up. I understand that.

"But I'm ready for it. I'm ready to take whatever Mark's got and give back even more.

"He should have stayed in retirement. He won't come out of it after this." 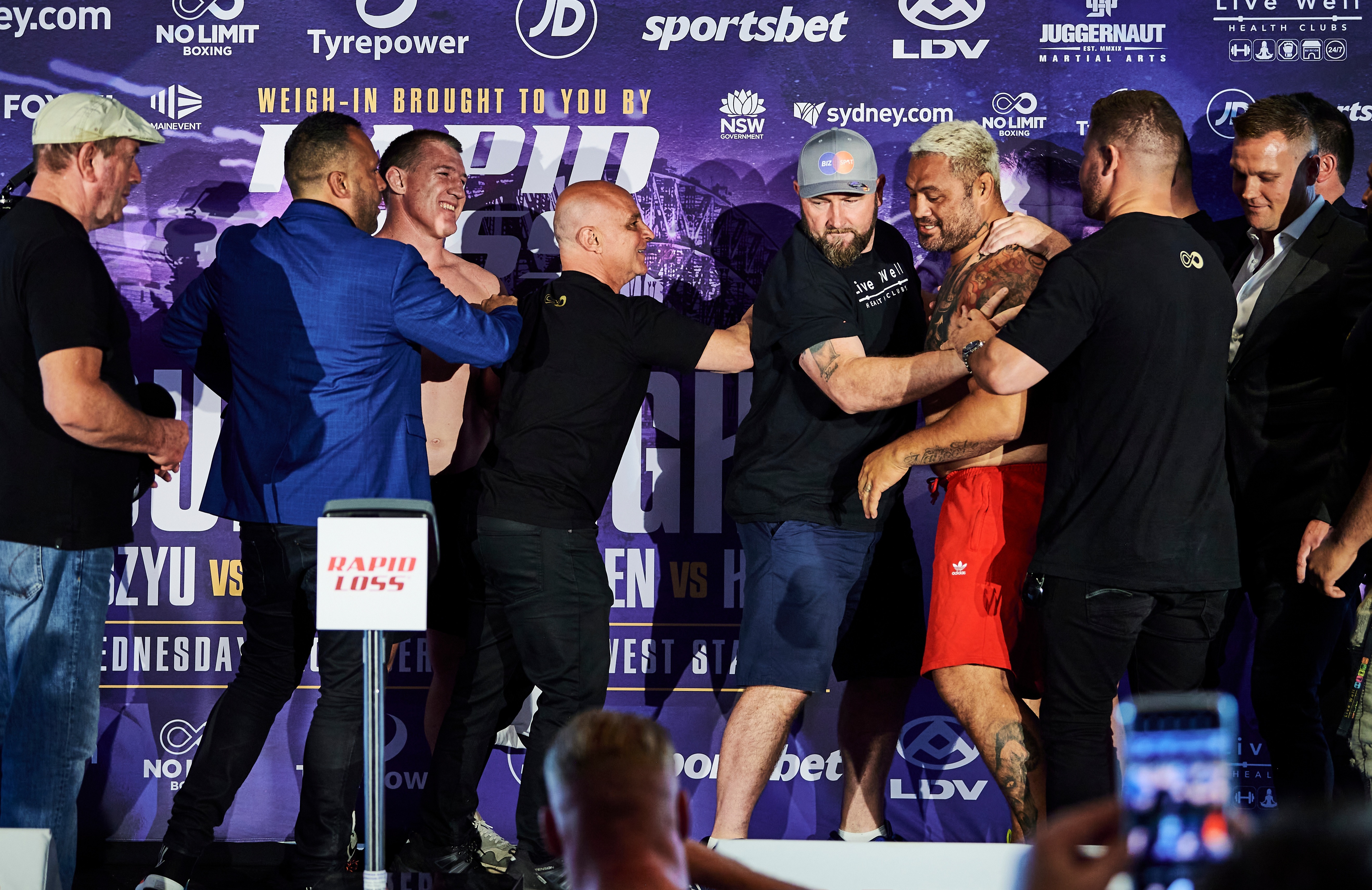 Hunt, who ended his UFC career with a record of 13-14-1, plans to brutally knockout his rival.

He said: "This is fighting. I don't know where he gets his ideas. He's talking s*** again. 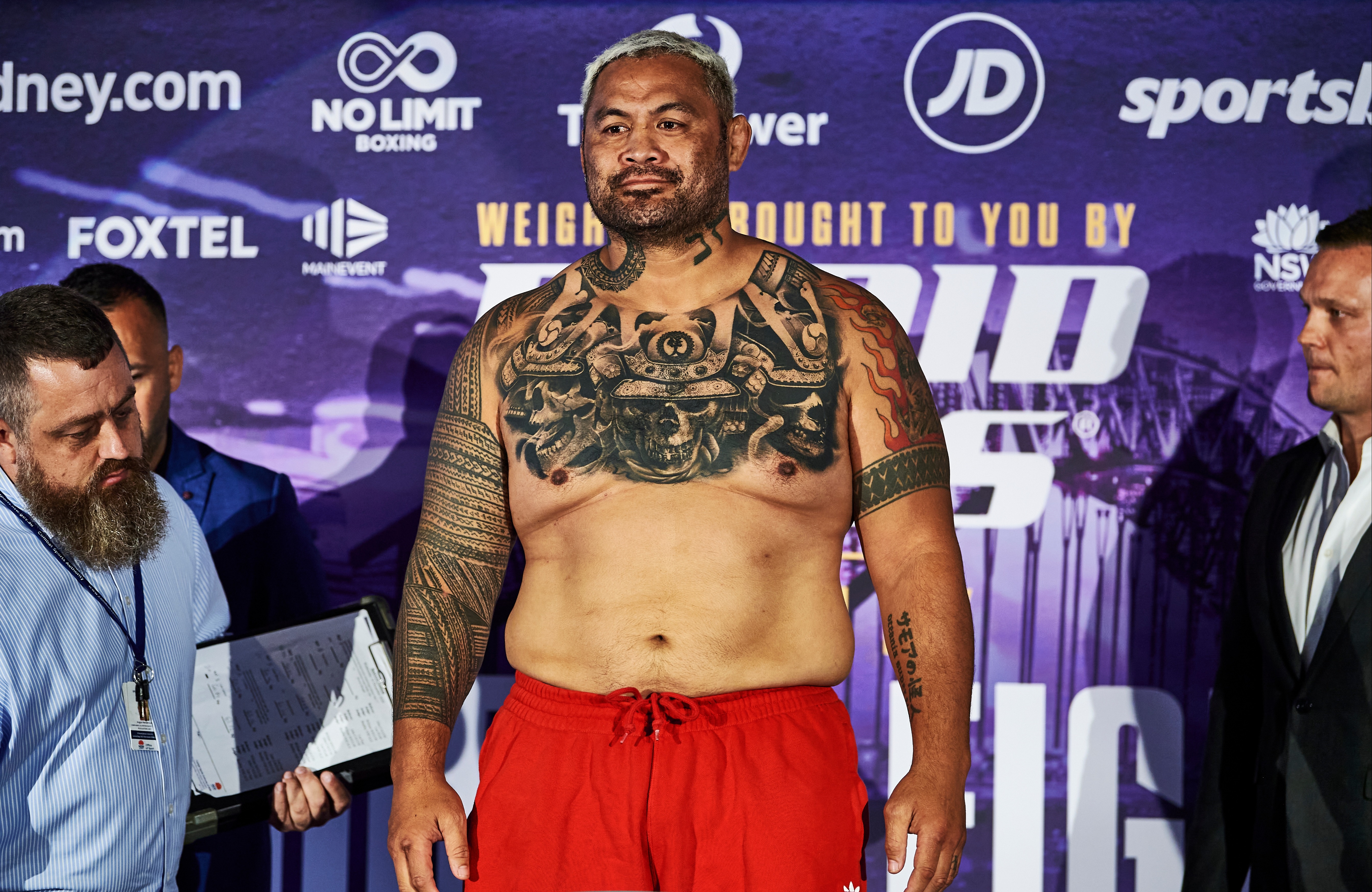