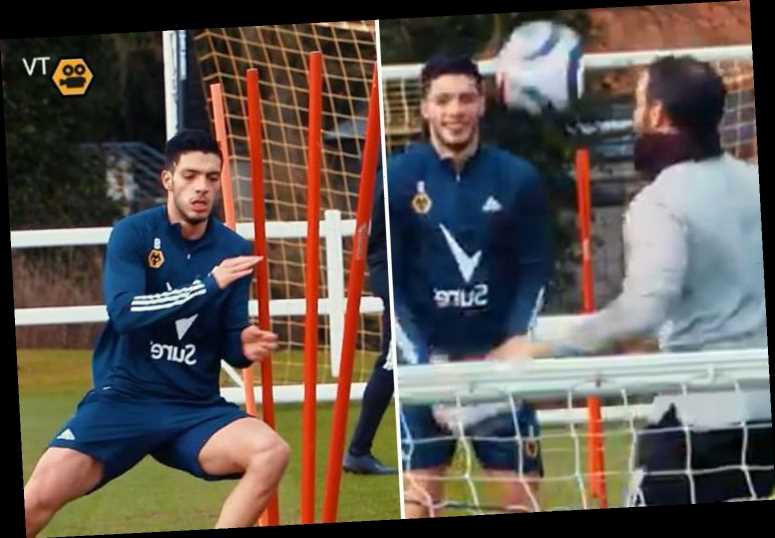 WOLVES striker Raul Jimenez looked delighted to be kicking a ball again as he continues his rehabilitation from his fractured skull.

The Mexican striker was beaming from ear to ear as he was put through his paces in a solo session at Wolves' training ground. 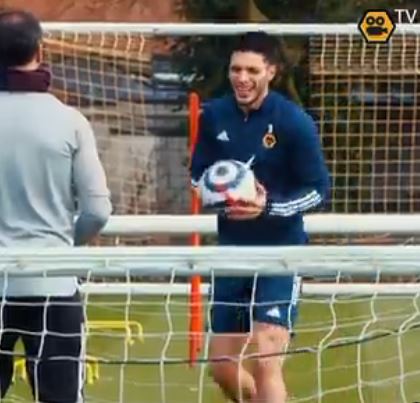 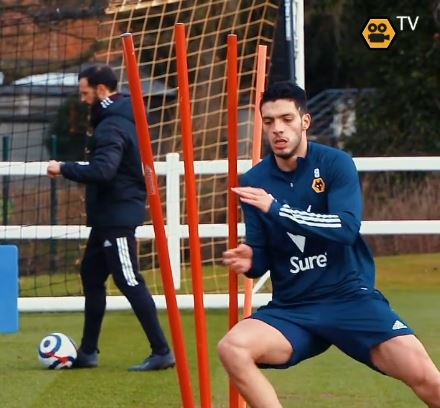 Jimenez, 29, was knocked out cold after clashing with Arsenal defender David Luiz in November at the Emirates.

He quickly underwent emergency surgery to repair his skull after being rushed to hospital by an air ambulance.

And he has since revealed he cannot remember the incident in North London, while also stating that his girlfriend Daniela Basso had to feed him in bed.

Footage uploaded to the striker's Instagram on Tuesday shows Jimenez working with a fitness coach in several ball control drills.

He captioned the post: "One more step! #rehab #keepgoing."

Last week Jimenez revealed his struggles since the stomach churning incident at the Emirates and how it affected Daniela.

Speaking to EstiloDF, he said: "It was a hard, complicated moment, you never want to experience that kind of thing.

"I think it was the most difficult thing for her because the game was in London, we are two hours away, she was watching from home.

"I don't even remember the moment, I just remember waking up in the hospital after the operation.

"But it's hard coming home and not being able to do many things, walking slowly, it's difficult, but she was always here to support me, I had to have my breakfast in bed."