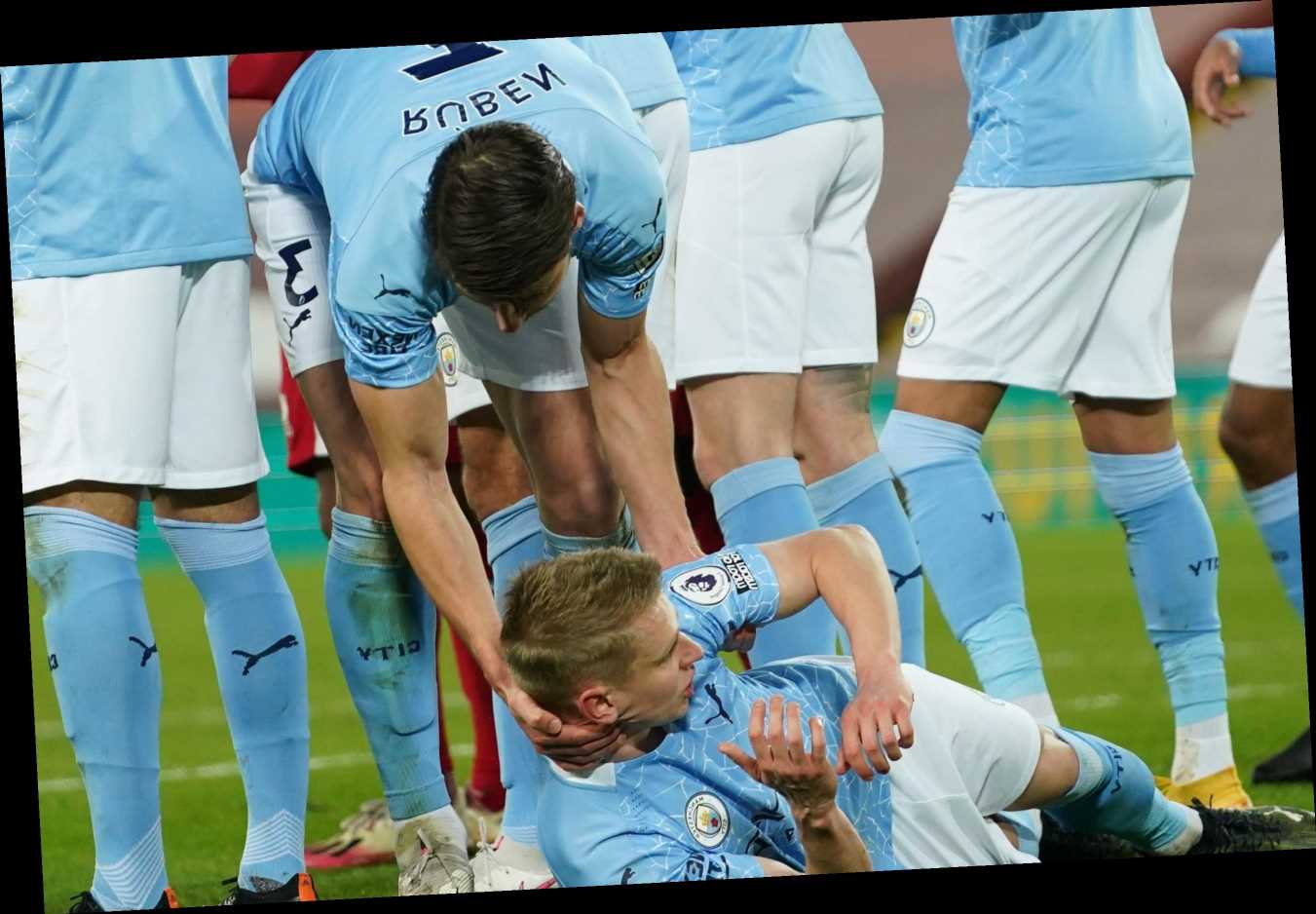 MANCHESTER CITY star Ruben Dias took matters into his own hands, literally, and pulled Alexander Zinchenko by his NECK to construct a wall.

Usually the goalkeeper manages the players in front of them at free-kicks but Dias clearly felt his team-mate was not being urgent enough on Sunday. 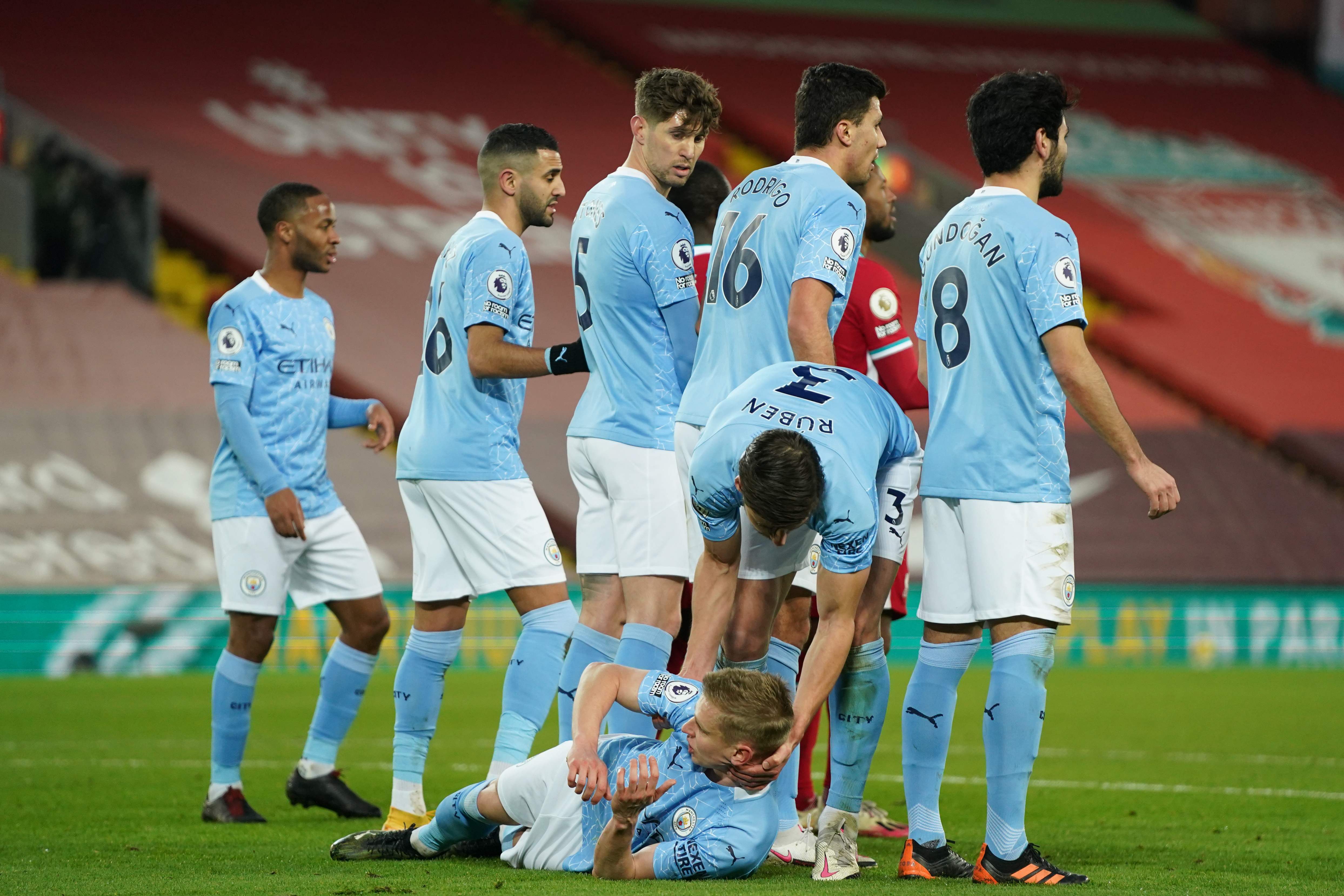 In City's trip to Liverpool, the Premier League leaders were forced to defend a free-kick on the edge of their area towards the end of the first-half.

As is fashionable nowadays, the visitors set up with a five-man wall and Zinchenko lying on the ground behind.

But Dias decided to position the Ukrainian himself with a surprisingly brutal yank of the neck.

Zinchenko did not say a peep back to his colleague, who faced up to the free-kick with the score at 0-0.

And the tactic arguably paid off as the wall leapt high to deny the shot on goal, which deflected out for a corner.

One wrote online: "That's a power move if I have ever seen one."

Another joked: "As if being the one laying on the floor isn't embarrassing enough."

And one viewer even remarked: "Mike Dean says red card."

Dias was later left ruing another abrupt action as he pulled down Mohamed Salah for the penalty that made it 1-1. 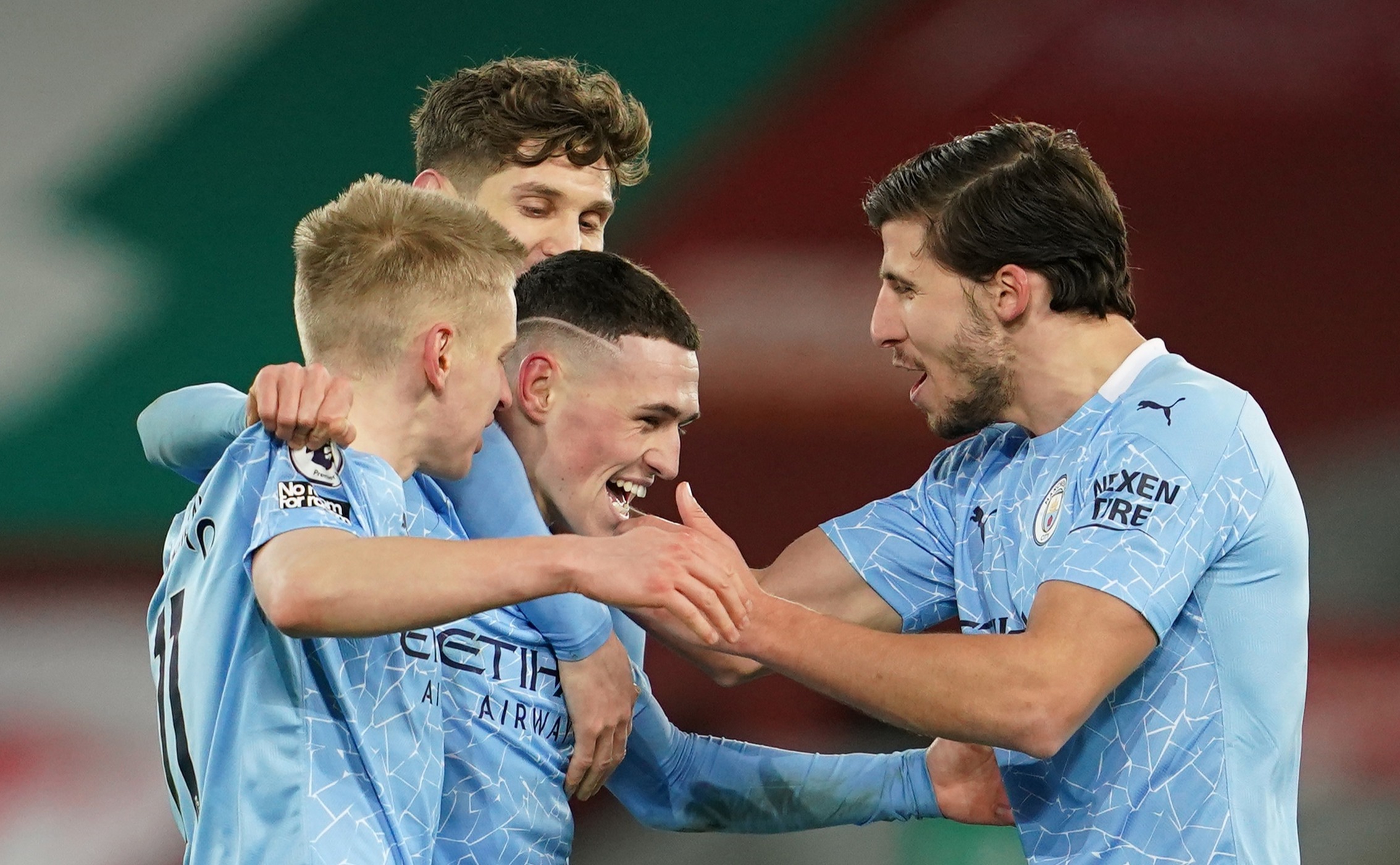 City had earlier missed their own spot-kick before Ilkay Gundogan made up for his miss with the close-range opener.

The midfielder netted again to fire Pep Guardiola's side into the lead.

And they took all three points in emphatic fashion after strikes from Phil Foden and Raheem Sterling.