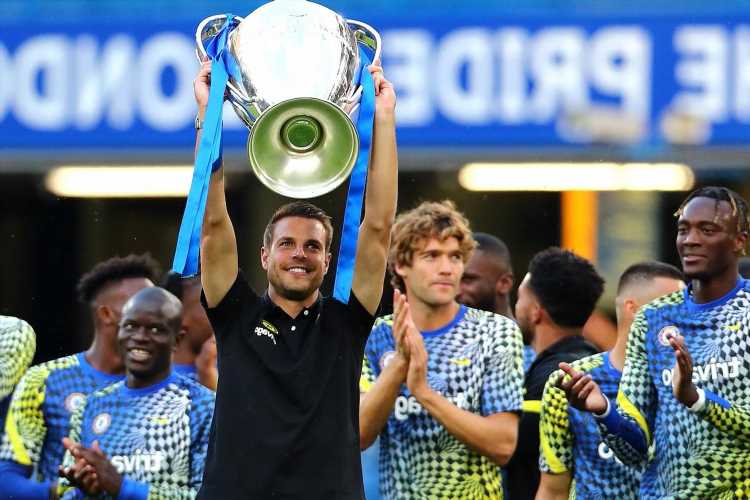 JUBILANT Chelsea players finally had the chance to celebrate their Champions League victory in front of their own fans on Wednesday night.

The Blues hosted rivals Tottenham in a pre-season friendly, with the match finishing 2-2. 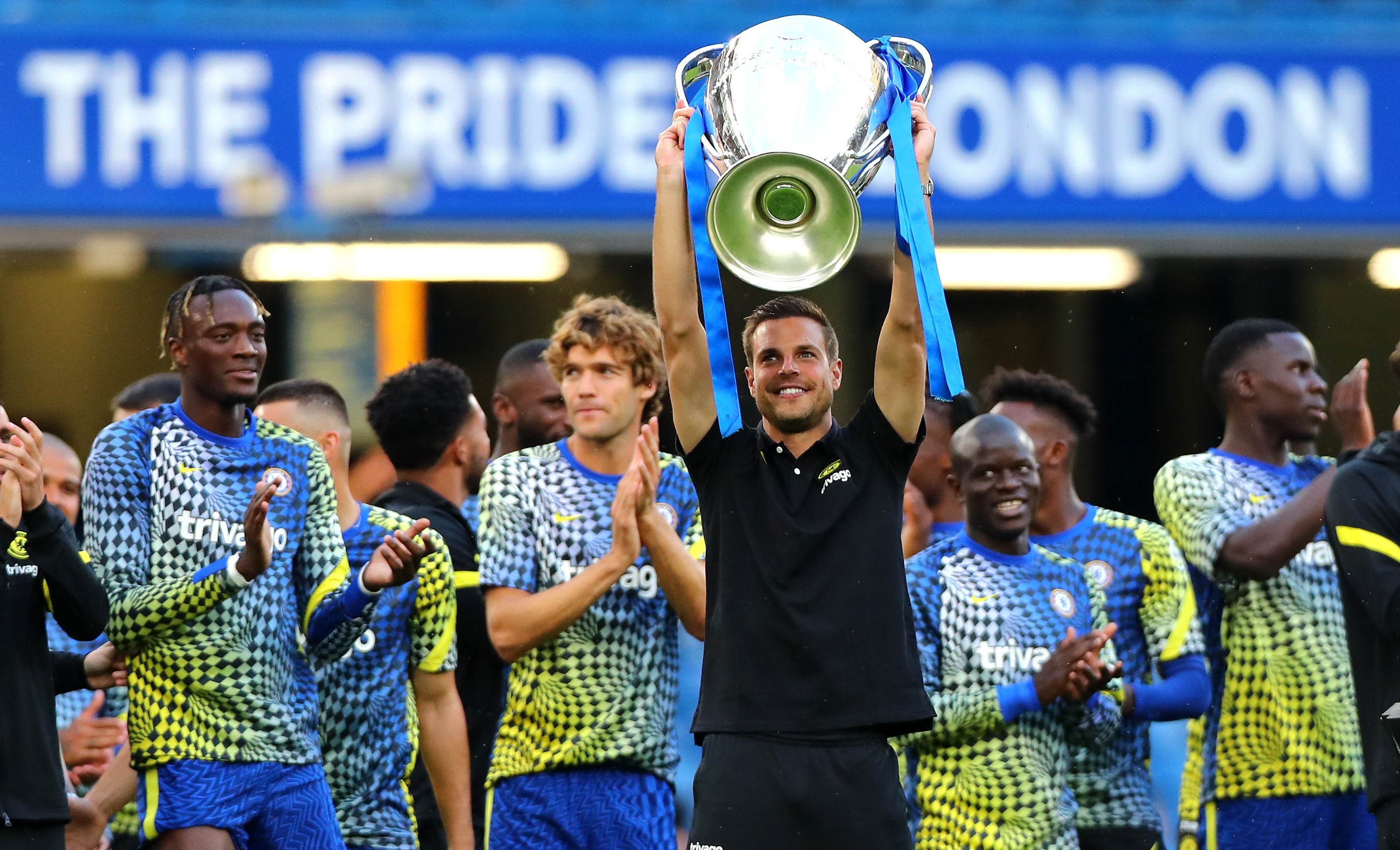 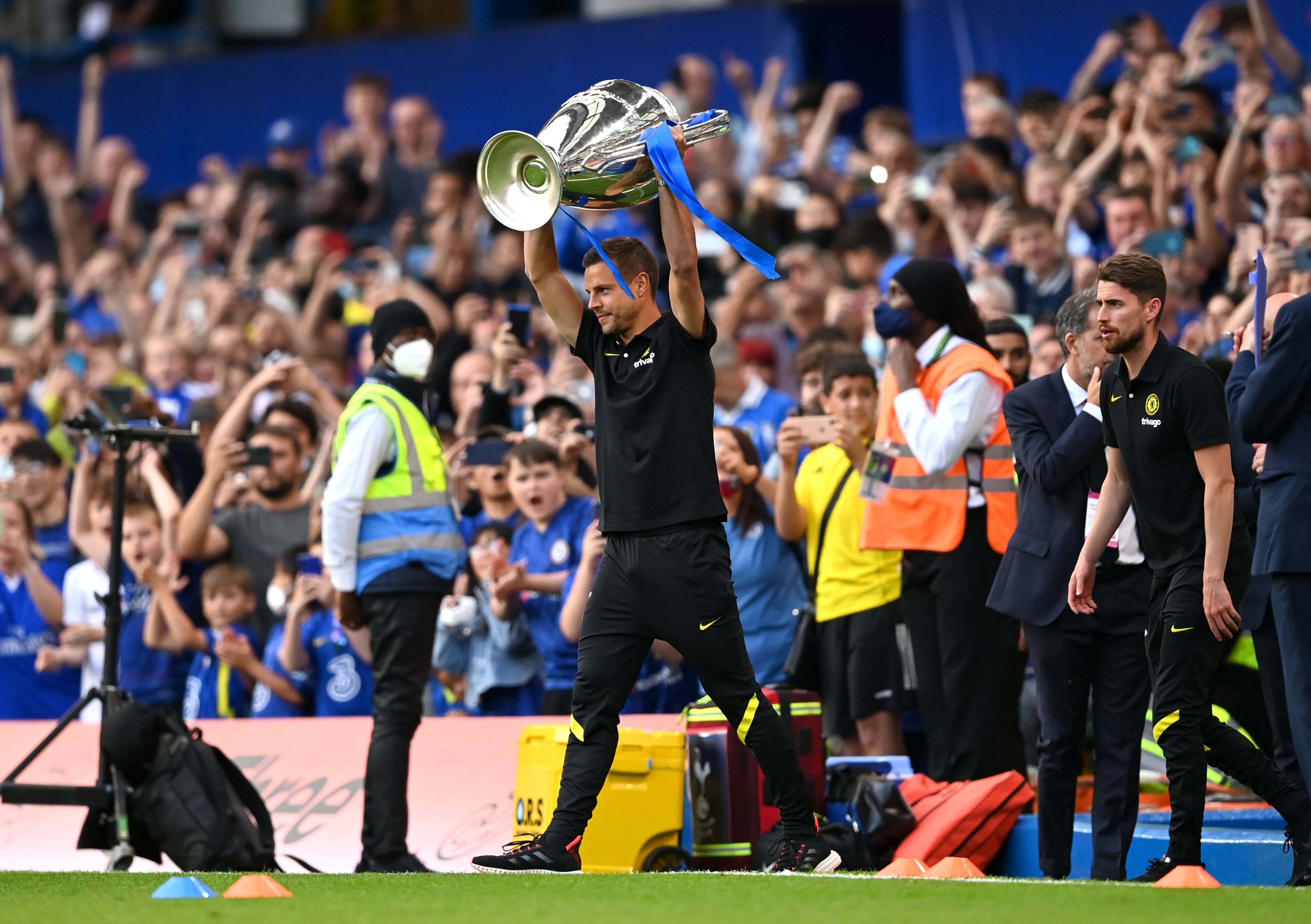 But the draw didn't take the shine off what was a special night for both players and fans.

Ahead of the game, the Chelsea squad had the chance to proudly parade the European Cup in front of their own supporters.

Thomas Tuchel's side beat Manchester City 1-0 in Porto in May to win their first Champions League crown since 2012 thanks to Kai Havertz's first-half winner.

Back at home as they prepared for the 2021-22 season, club captain Cesar Azpilicueta led his team onto the field in front of a packed house.

The Spaniard beamed as he clutched the trophy and carried it onto the Stamford Bridge turf, given a guard of honour by his team-mates.

Azpilicueta made his way to the centre circle and raised the trophy aloft, seemingly as excited as the night his side won it over two months ago.

Fans gave their heroes a standing ovation, before they disappeared down the tunnel to prepare for the game itself.

Chelsea took a 2-0 lead in the game thanks to two goals from Hakim Ziyech either side of half time.

But they were forced to settle for a draw after late goals from Lucas Moura and Steven Bergwijn.

The Blues will next face Villarreal in their Super Cup final showdown on Wednesday August 11.

Following that, they kick off their Premier League campaign by hosting Crystal Palace on Saturday August 14.

In the meantime, Chelsea officials will continue their work in the transfer market.

Above all others, Romelu Lukaku seems most likely to join, with the Blues believed to be readying a £100million offer to re-sign the Inter Milan striker.