TYRON WOODLEY has confirmed he suffered a broken rib during his lopsided defeat to Colby Covington.

The 38-year-old lost each of the five rounds to his rival at the UFC Apex in Las Vegas on Saturday. 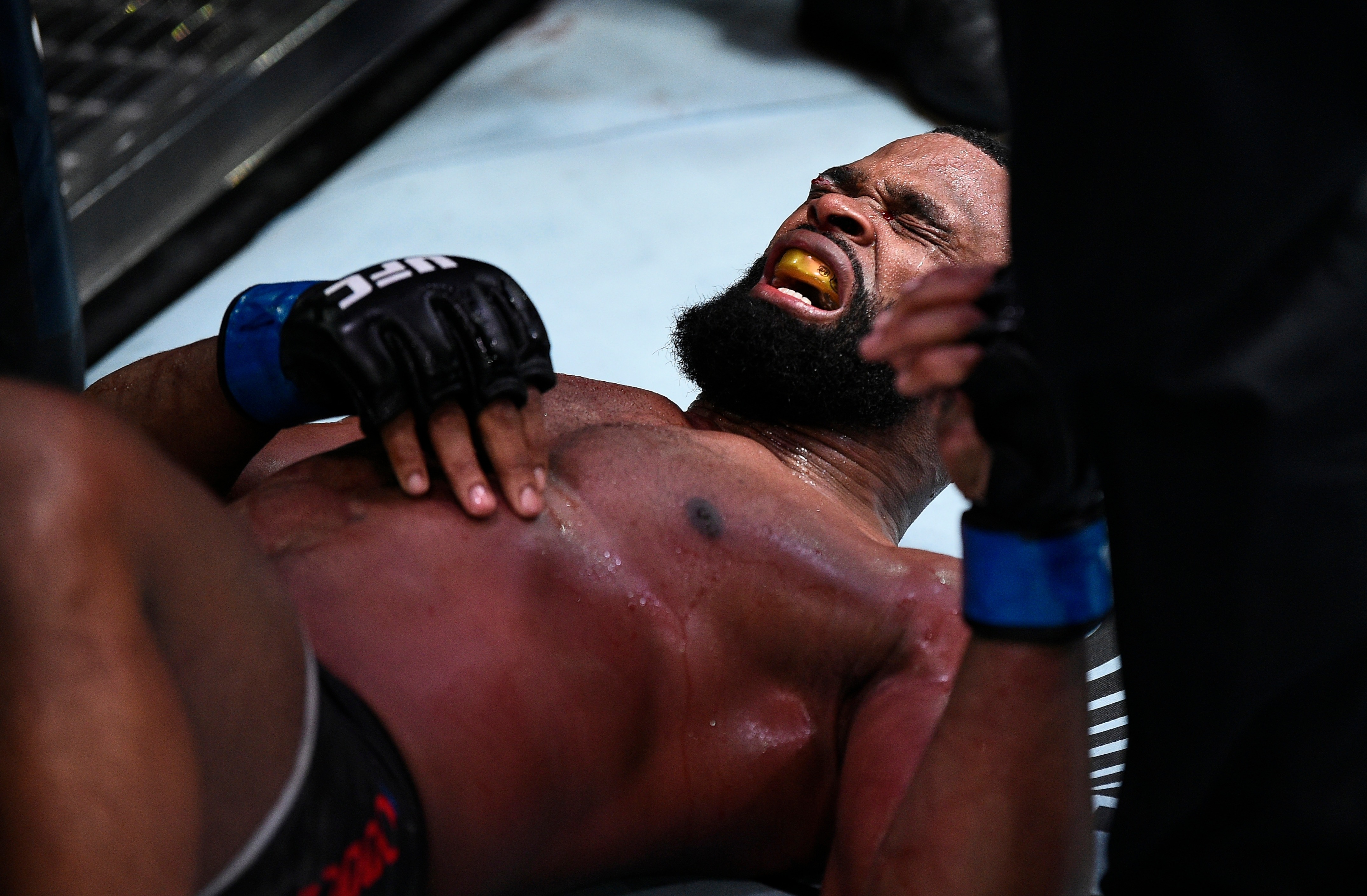 And the ‘Chosen One’ was in visible pain as he struggled in the battle before the most agonizing moment came in the fifth.

Covington found himself in a standing guillotine attempt from Woodley, but as the latter desperately tried to maintain the position as the duo hit the deck, he suddenly shrieked out in pain.

And viewers could hear him shout: “I’ve hurt my rib.”

The veteran continued to lay on the mat afterward as officials tended to him.

Following the fight he spoke to ESPN’s Ariel Helwani, and he revealed the extent of the damage.

He confirmed the rib and said it popped out mid-fight and as he tried to stand, he sustained the injury.

Woodley said: “It was the most pain ever.”

An X-ray of Woodley’s torso has since been released showing the badly broken rib. 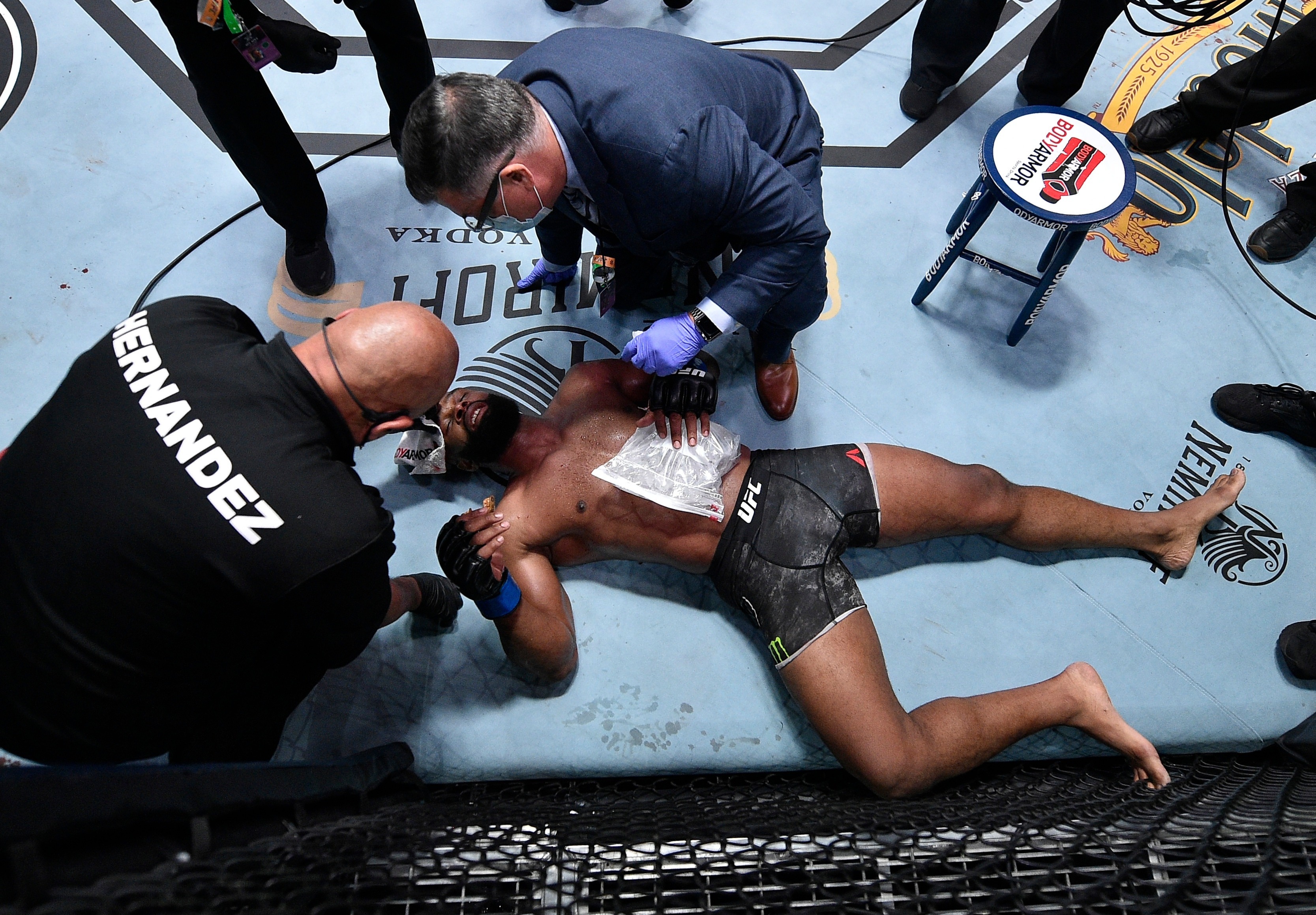 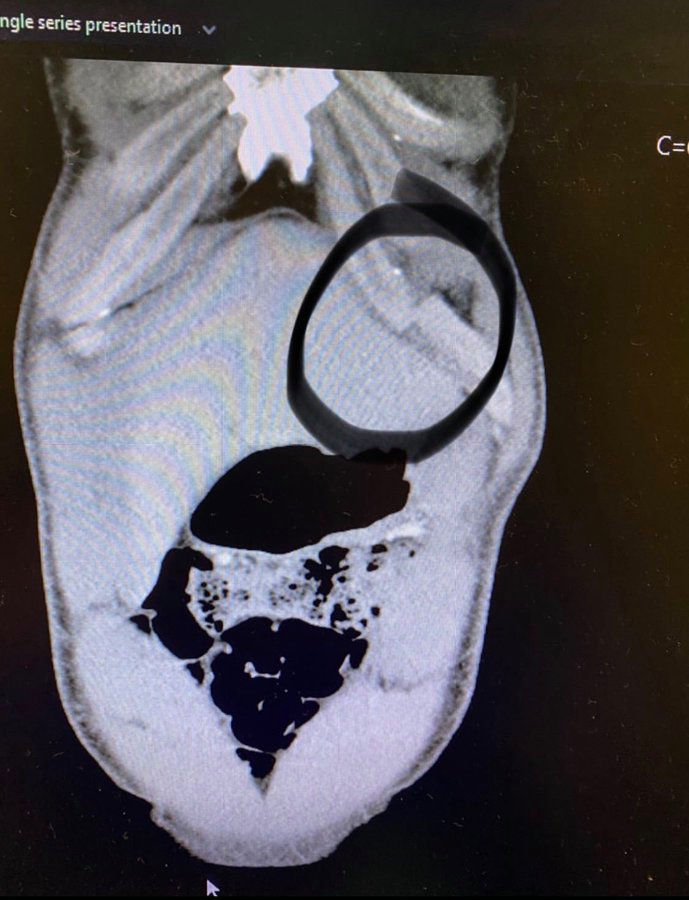 It got worse for the stricken star afterwards as Covington piled into the Black Lives Matter movement and labelled his slain rival a “communist” after his brutal fifth-round TKO.

Covington said: “He is standing up for lifelong criminals.

“You know the Black Lives Matter is a complete sham. It is a joke. They are taking these people. They are complete terrorists.

"These are bad people. They are criminals, you know, and they shouldn’t be attacking police.

"You know if you are breaking the law and you are threatening the cops with weapons. You know, you deserve to get what you get.

"So you know, people need to go and give a pat on the back to law enforcement every single day and thank them for keeping us all safe.

"Otherwise you know all these criminals would be running the streets wild and none of us would be safe.”

The Donald Trump fan added in an interview with BJPENN.com: “You know he is a communist.

“You know, he’s a Marxist. He stands for criminals.

“He hates America, and that’s why he got broke tonight.”