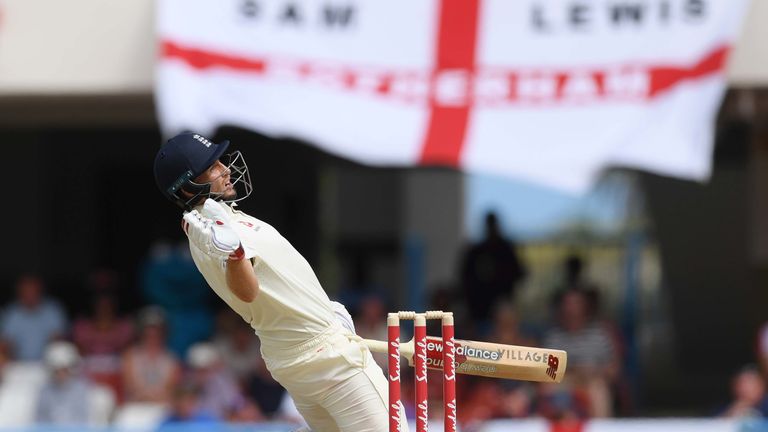 Joe Root was left wondering what had hit him after being dismissed for seven on day one of the second Test in Antigua, following a brute of a ball form Windies seamer Alzarri Joseph.

The England captain was presented with an absolute ripsnorter of a ball that bounced viciously off the pitch and took the top of the bat handle before looping towards the slip cordon.

That Alzarri Joseph delivery to get rid of Joe Root from a different angle…#WIvENG pic.twitter.com/IfB65oyR3M

Fielder John Campbell could only parry the travelling ball as he back-pedalled from third slip but, fortunately for Windies, the alert Shai Hope ran round from gully to complete the catch.

As sharp as Hope’s reactions were, the dismissal was all about local boy Joseph’s unplayable delivery, one which reduced England to 34-3 at Sir Vivian Richards Stadium.

Check out the brutish ball in the video above – and then watch continued live coverage of the second Test on Sky Sports Cricket (channel 404) and Main Event (channel 401).