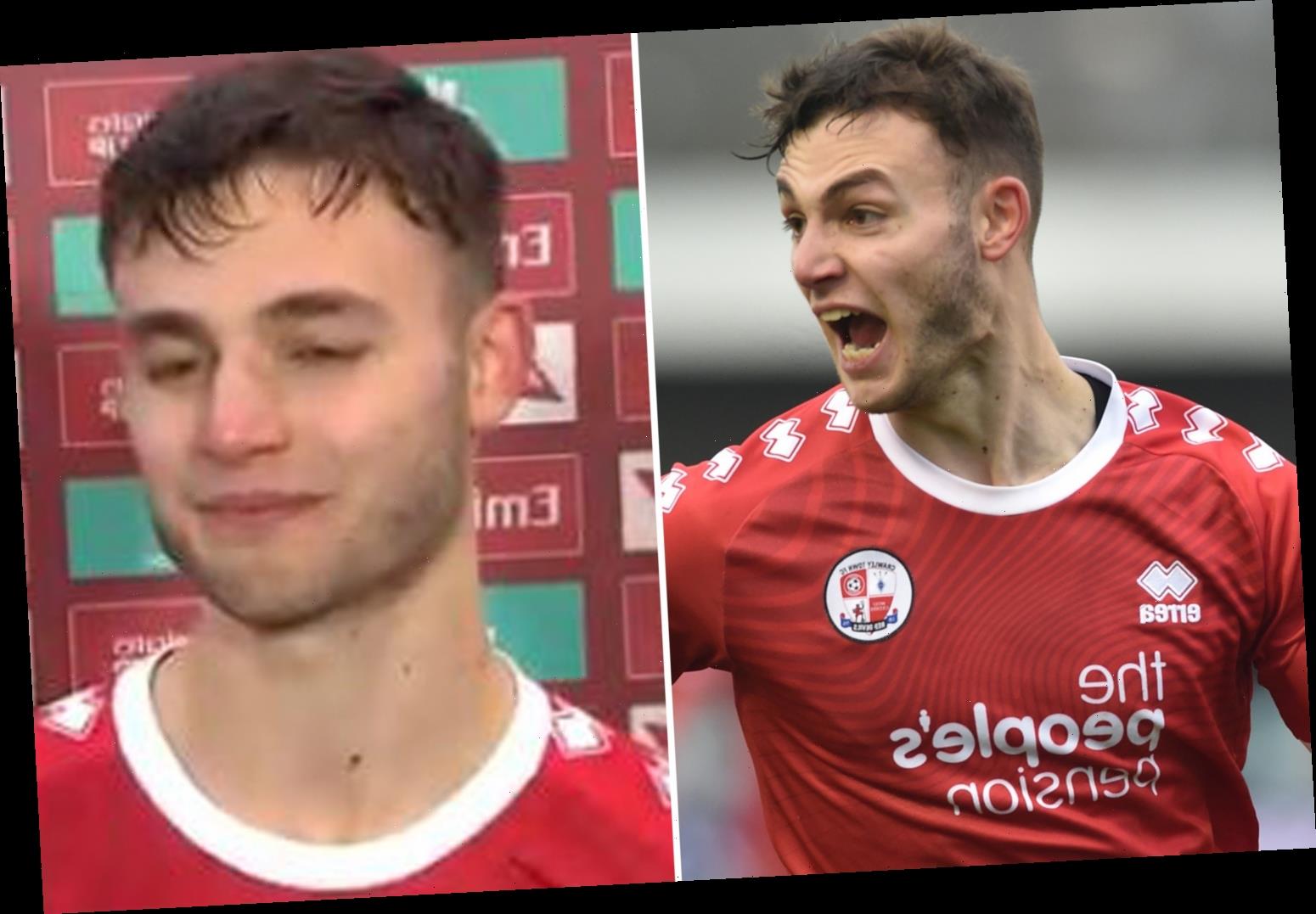 CRAWLEY's giantkilling hero Nick Tsaroulla broke down in tears live on TV after scoring to help dump Leeds out of the FA Cup.

The Cyprus Under-21s defender was released by Spurs in 2018 after a terrible car crash kept him out for an entire YEAR. 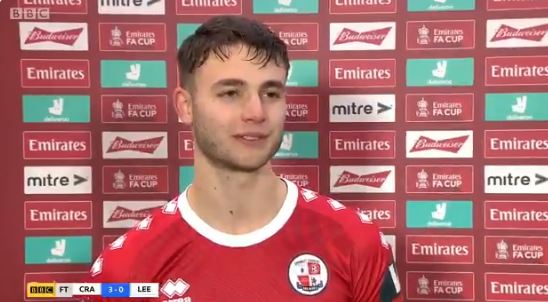 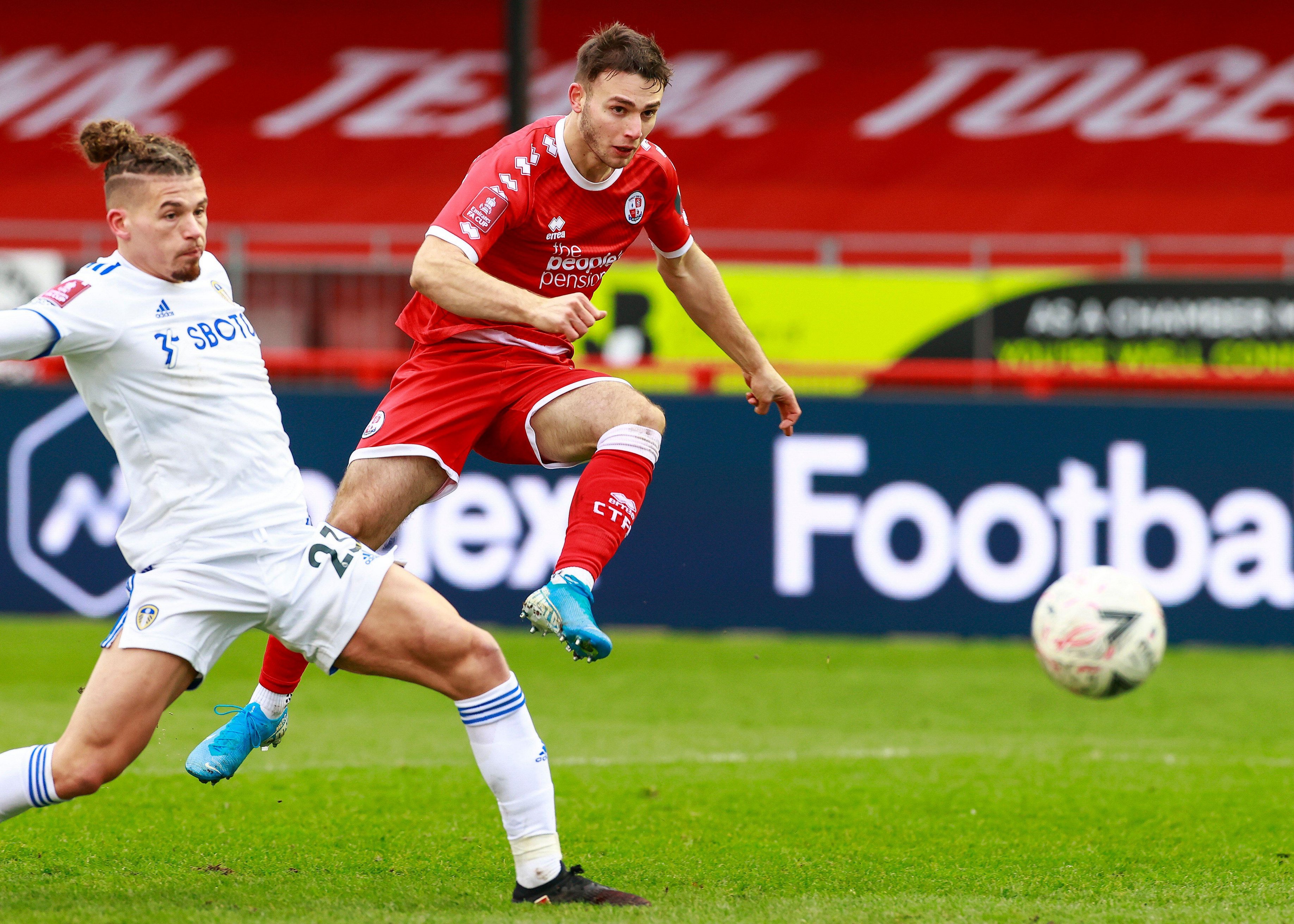 And he struggled to contain his emotions after setting the League Two outfit on their way to a 3-0 win against Marcelo Bielsa's Prem side with his first ever senior goal.

Tsaroulla's sharp turn led to a mazy run forward that caught everyone by surprise.

The 21-year-old fired a great left-footed strike past Kiko Casilla to put the Cupset on the cards in the 50th minute.

Immediately after the game, he told BBC Sport: "Yeah [I enjoyed that], I'm buzzing.

"What a team performance that was – I'm over the moon. I'm not sure [what was going through my head when I had the ball].

"I kind of just lost myself in the moment there.

"It has been a long, hard road for me and it's a great moment. I'm really proud."

As his voice started to break, Tsaroulla added: "I'm getting a bit emotional now, um… It has been a tough road and it means a lot, that win." 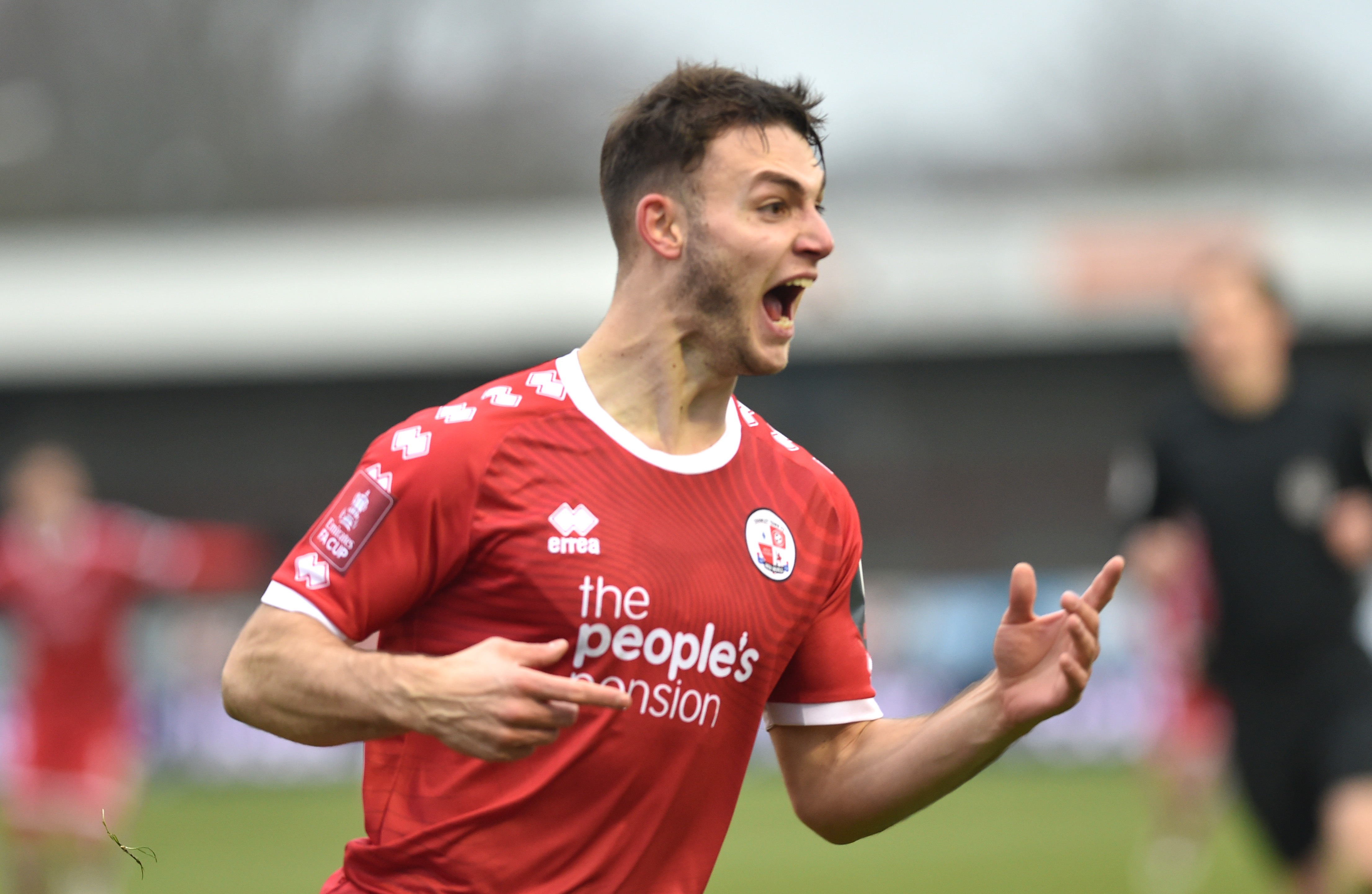 Bristol-born Tsaroulla was shown the door at White Hart Lane having joined the club as a 12-year-old and also went on to be released by Brentford B before penning a deal at Crawley last year.

Jenas said: "It was really nice [the emotion]. You tend to forget at times, the journeys a lot of these players are going through.

"When you actually physically see somebody almost break down mid-interview because of that journey they've been on.

"Moments like today, that goal that he scored – it's so special to him and hopefully something that can give him a load of confidence moving forward in his career now."