Some 11 fans were arrested as windows were destroyed, toilets ripped from their units and seats torn from the stands during the Checkatrade Trophy contest on Tuesday night. 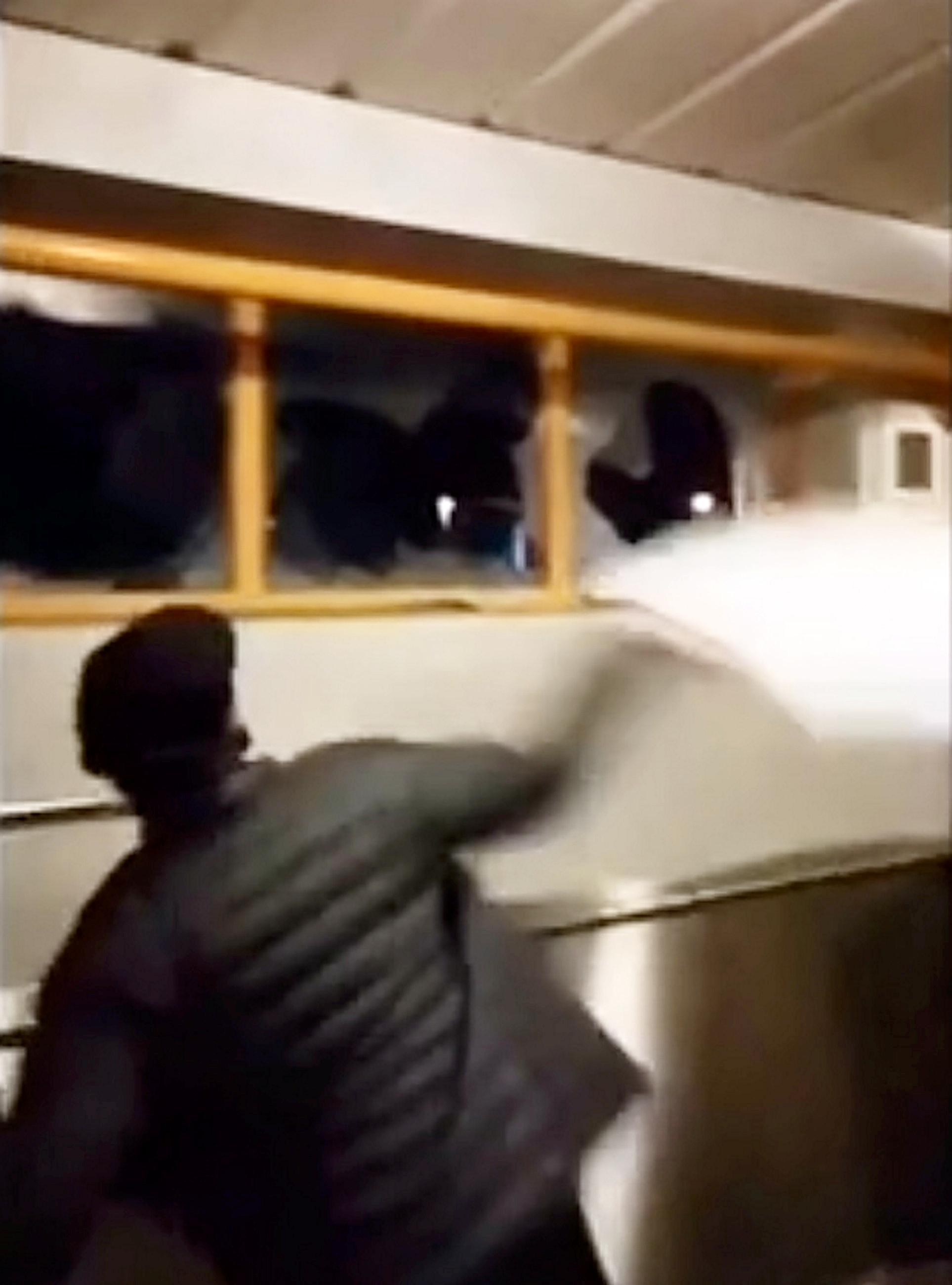 Footage show yobs tearing panels off sink units and breaking windows in the toilet block at the away end of Port Vale's Vale Park stadium.

Port Vale won the game 4-0 but the match was marred by Stoke City fans smashing up the stadium in revenge, with the club promising long bans to the thugs involved.

During the game, flares were thrown on to the pitch as well as lighters, coins and bottles.

After the game trouble spilled into the public arena, with one fan seen stomping on a car roof shouting "go on Stoke". 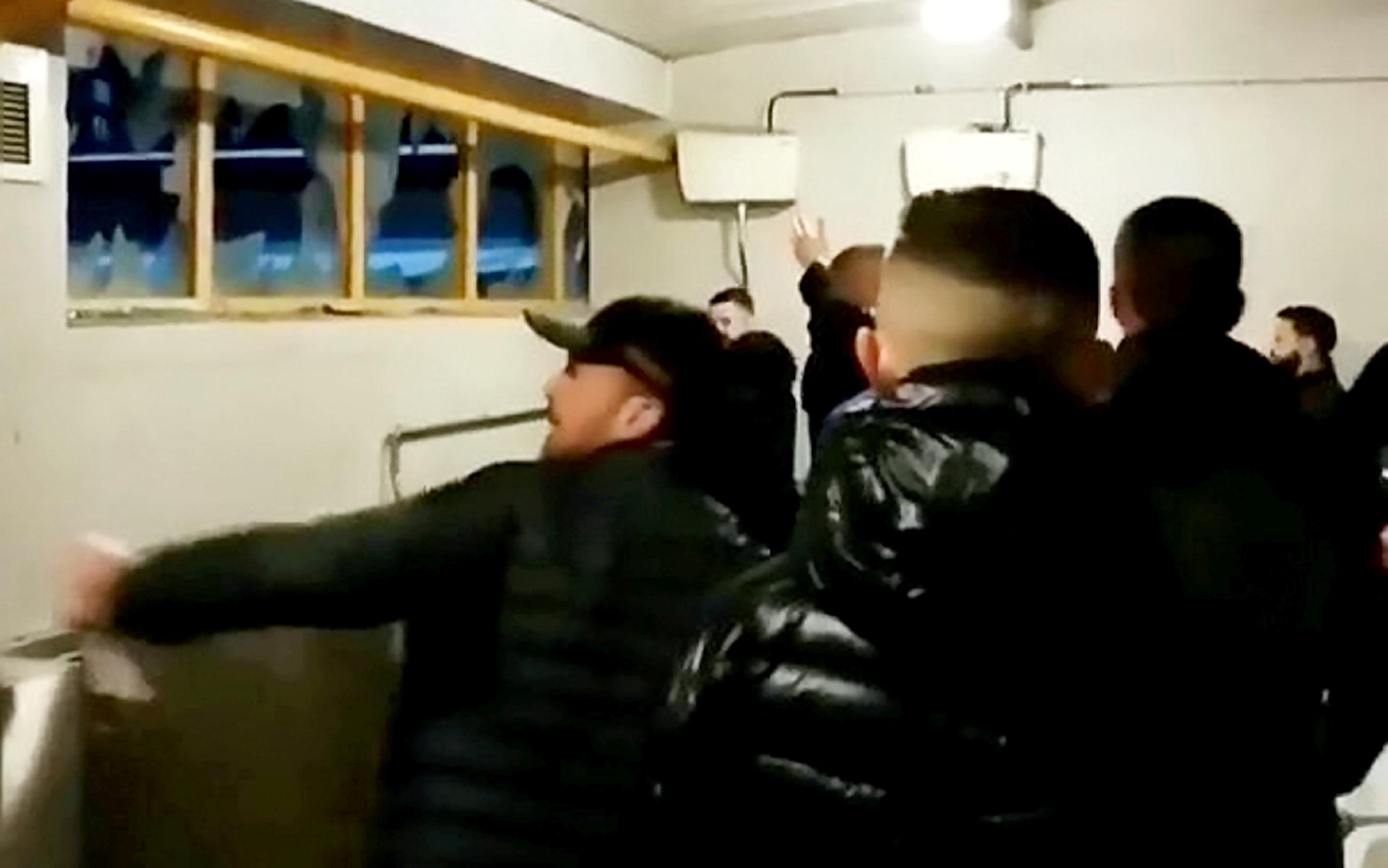 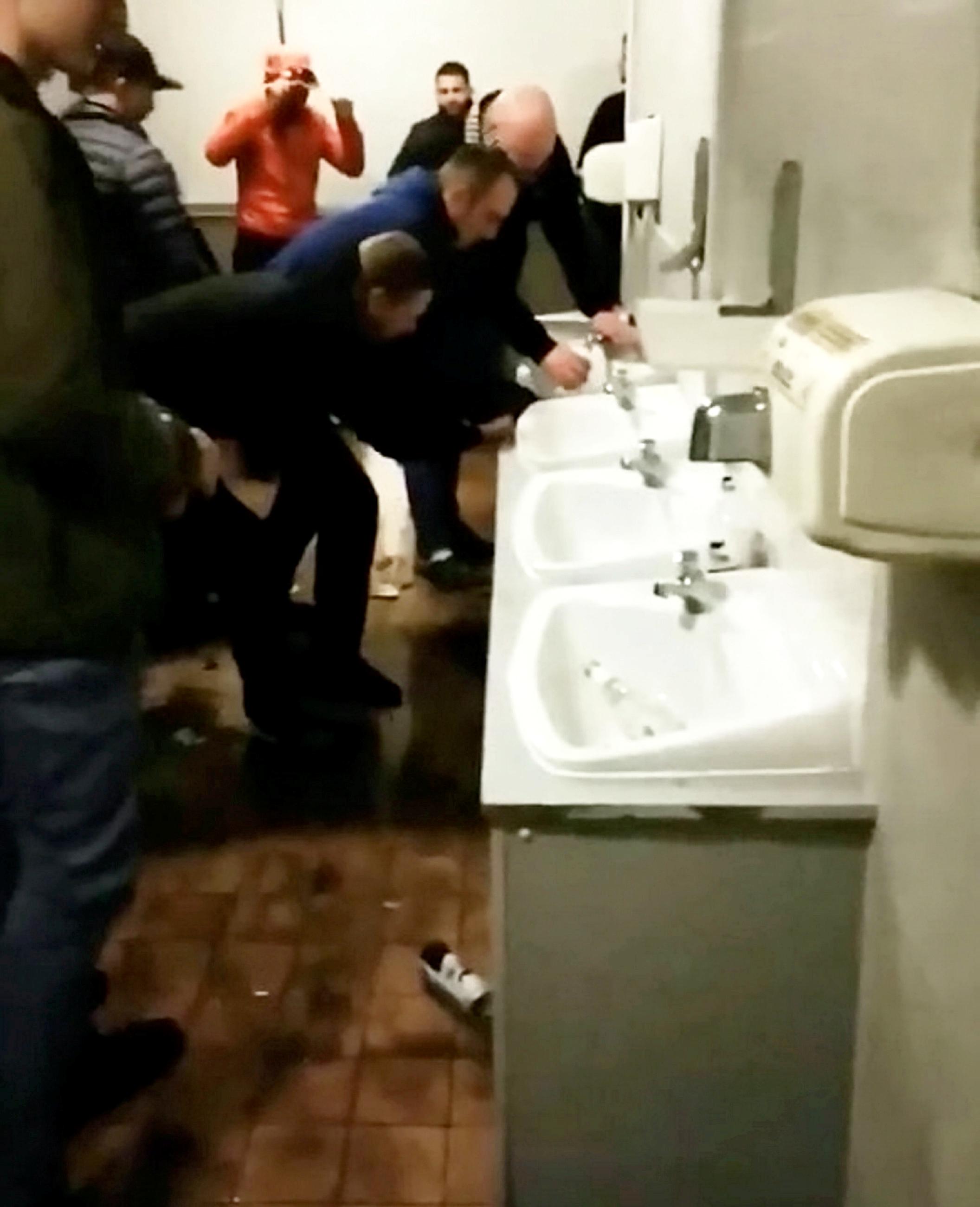 There was also trouble in Burslem town centre when rival fans clashed near a number of pubs.

Staffordshire Police have released the footage of the vandals in the hope of catching more troublemakers.

A tweet from their official account read: "#APPEAL Officers are continuing to investigate the large-scale public disorder at Vale Park last night and have issued this shocking footage of offenders vandalising the toilets at the club. If you know any of the men in the footage, please call us urgently on 101."

Detective Chief Inspector Rob Taylor said: "We have a duty to the local community and the loyal supporters of both clubs to act swiftly. 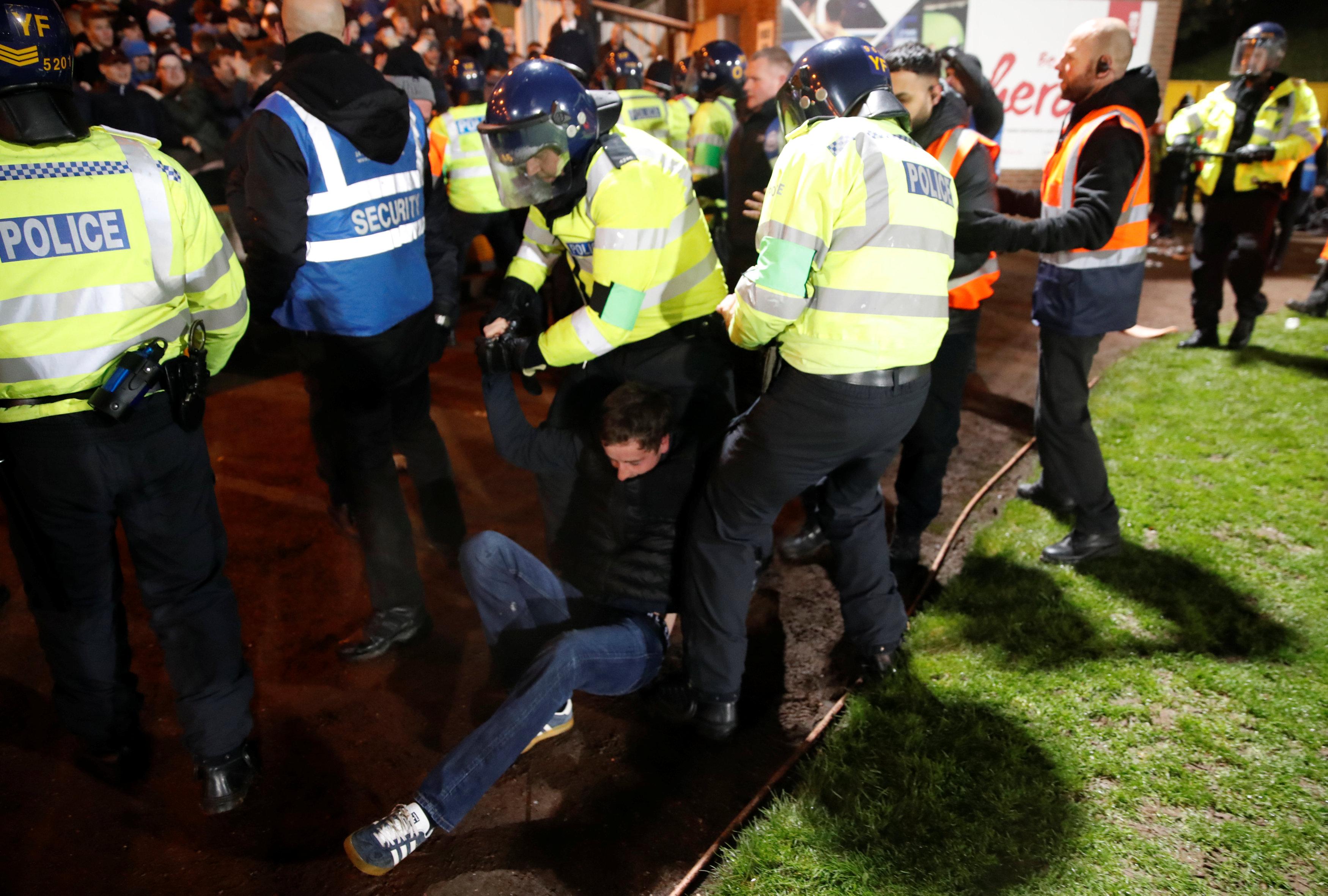 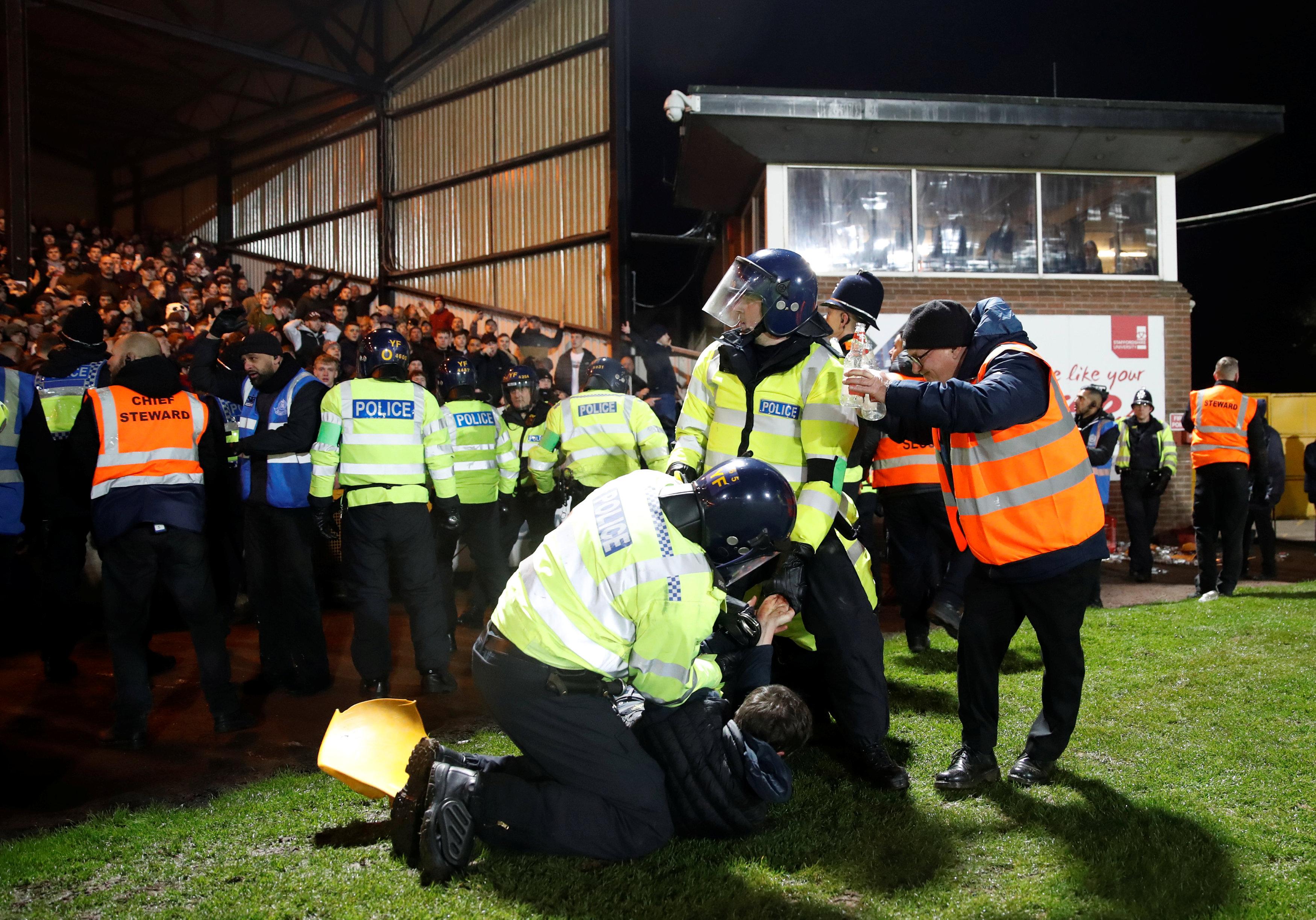 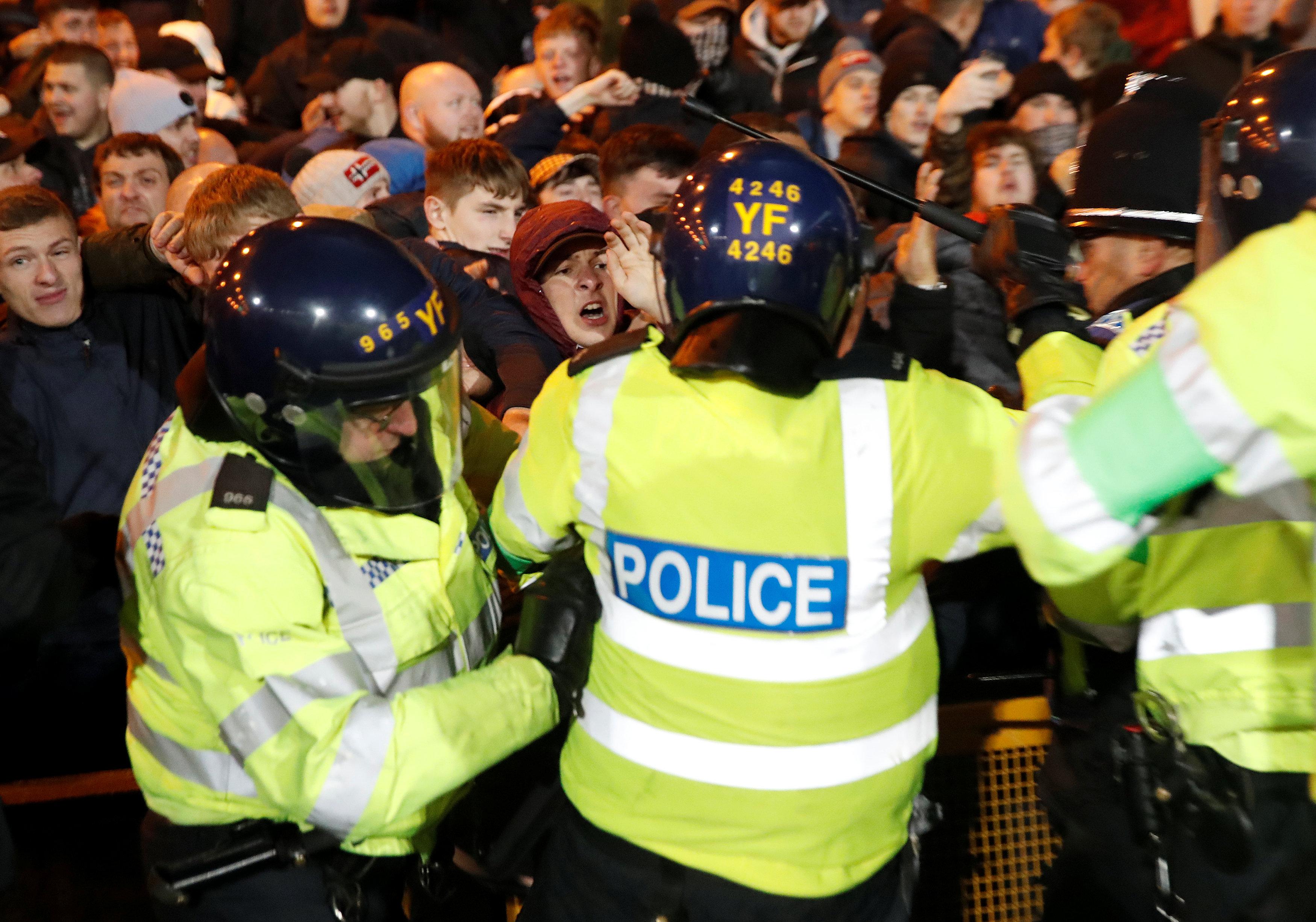 "We will ensure that all opportunities will be taken to identify those suspected of being involved in this despicable disorder and bring them to justice."

The situation continued to spiral out of control after the final whistle with Stoke fans clashing with police as they were held in the stadium to keep them away from Vale fans.

Stoke and Port Vale have a long-standing rivalry with the two grounds situated just 3.4 miles apart.

But it is the first time the two rivals have met in over 16 years as the home side ran out 4-0 winners.

The 7,940 attendance is believed the be the second highest in Checkatrade trophy.