ANTHONY JOSHUA told Oleksandr Usyk that he 'knows how to beat him' just minutes after losing all his world titles to the Ukrainian.

The Brit was stunned by Usyk in front of 68,000 fans inside the Tottenham Hotspur Stadium, losing on a unanimous points decision. 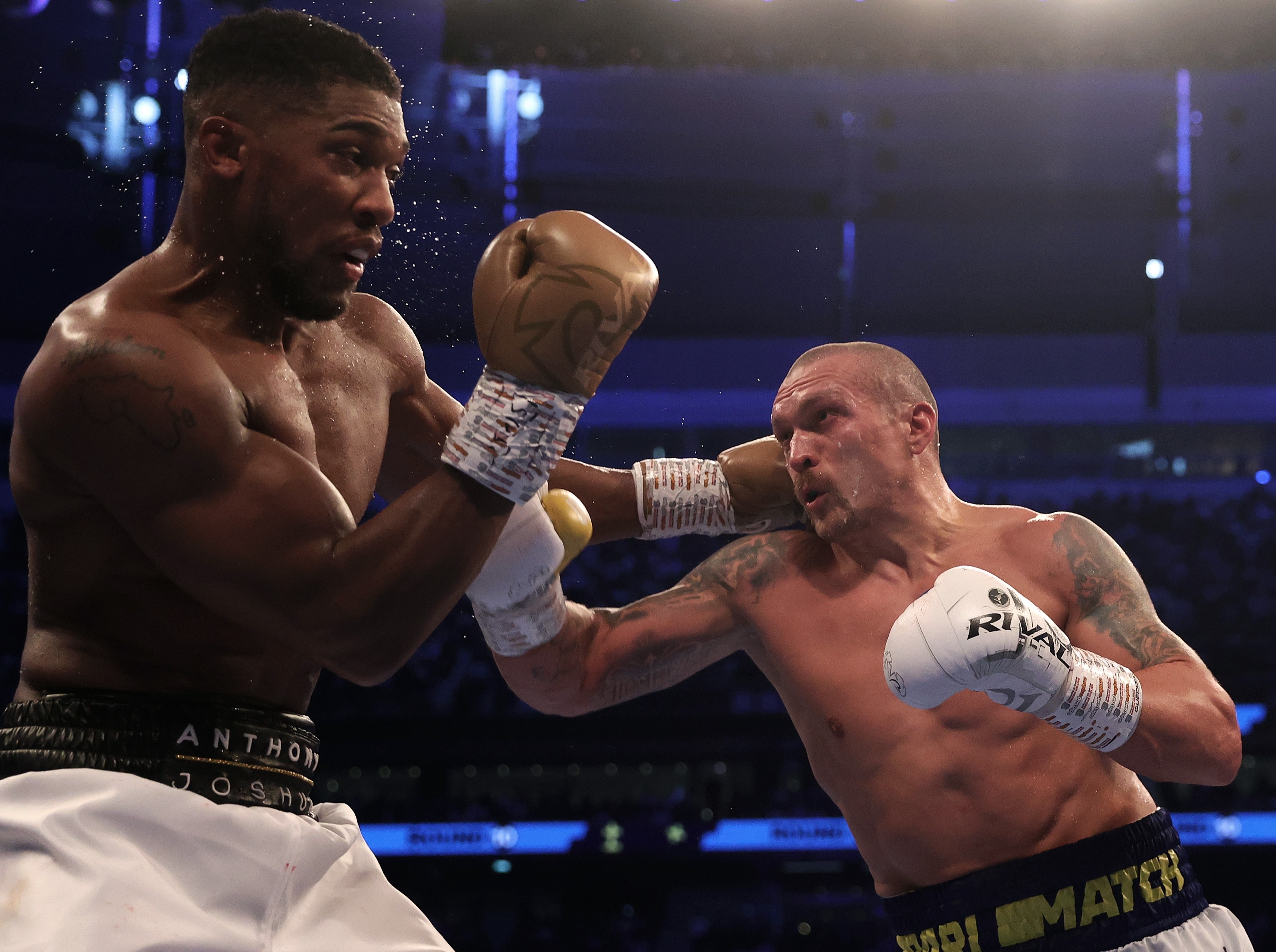 There was no argument from AJ or from most in the boxing game as Usyk put on a boxing masterclass in London.

Joshua has instructed his promoter Eddie Hearn to sort the contractual rematch – and he was keen for this instantly.

Joshua was seen wincing in the corner after the 12th round as he struggled to see out of his right eye.

Usyk wandered over to congratulate him on a good fight.

Joshua said: "You want to go again. I know how to beat you."

The pair then shared a laugh before heading into the centre of the ring for the official result to be announced.

But seemingly Joshua already knew the writing was on the wall after a subdued performance against the former undisputed cruiserweight king.

The Watford boxer's defeat looks to have put paid to any hope of fighting fellow Brit Tyson Fury any time soon.

The Gypsy King, who said he has been 'wounded' by Joshua losing, will defend his WBC belt on October 9 in a trilogy scrap against Deontay Wilder.

But incredibly, AJ's promoter Hearn still thinks it is his man and NOT Fury who is the 'biggest draw in heavyweight boxing'.

He told iFL TV: “He’s [Joshua] on such a bigger level commercially than Tyson Fury, even now.

“He’s by far the biggest draw in heavyweight boxing, especially in the UK. To be fair, even Tyson Fury and his team know that.

“If he [Joshua] beats Usyk, he’s on another level, and he’s coming off the back of another defeat.

“He’s still by far the biggest draw in the division. You saw it last Saturday. Look at the pictures.

"See any of the other guys trying to draw and create images like that in the UK. It’s impossible."