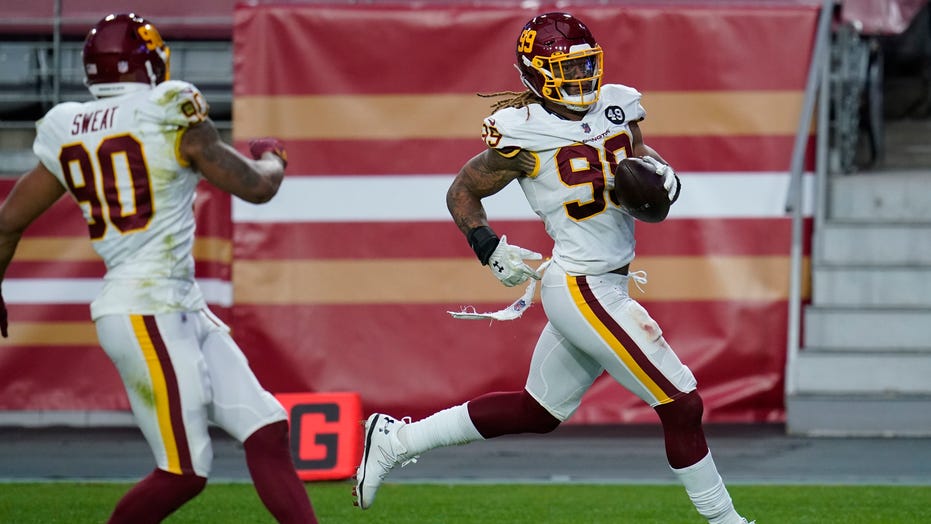 It’s safe to say that Chase Young’s biggest fan is his mom.

The rookie stole the show during the first half of The Washington Football Team’s win over the San Francisco 49ers after he recovered a fumble and ran 47 yards down the left sideline for his first professional touchdown with just a little over a minute left in the second quarter.

When Young entered the virtual press conference he told reporters that he had his mom on FaceTime and the questions were quickly directed towards the proud mother.

"Oh my gosh, I'm just so worn out,” she said when asked about Young’s touchdown. “It was just outstanding. I couldn't even believe it. I was in shock.”

She continued: “I'll say he knows how to pick that ball up and not fall on it and he got it and kept trucking!"

Washington’s fourth consecutive win solidified its place at top of the NFC East, as the New York Giants fell 26-7 to the Arizona Cardinals.

Washington also became the first team to get defensive touchdowns from two rookies (Young and safety Kamren Curl) in the same game since the Rams against the Texans in 2013.