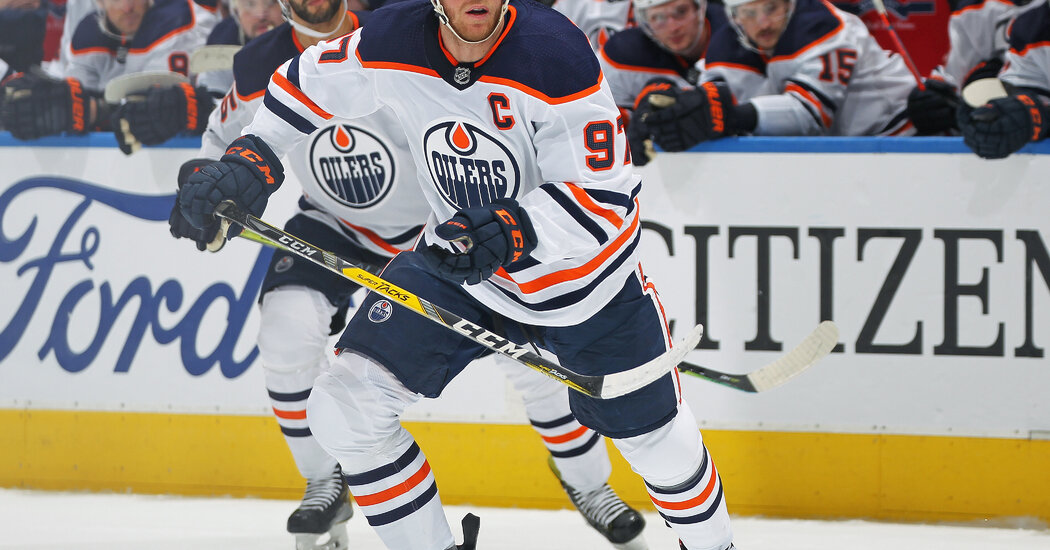 TORONTO — Connor McDavid, widely regarded as the best and most electrifying player in the N.H.L., might be in trouble. Should he be? It all depends on who you ask.

On Tuesday night in Montreal, with McDavid’s Edmonton Oilers already trailing the Canadiens by 3-0 in the first period, the star center laid a crushing hit on Montreal’s Jesperi Kotkaniemi.

Breaking out of the Canadiens end, just over the blue line, Kotkaniemi dropped the puck behind him to left wing Paul Byron and peeled off across center ice. McDavid, racing up on Byron to the left, crossed in front and appeared to target Kotkaniemi even though he no longer had the puck.

A split-second before they collided, McDavid drove his elbow into Kotkaniemi’s shoulder, and then connected with his jaw.

Kotkaniemi, a 20-year-old center fell to the ice in a heap, clutching his face.

McDavid was given a two-minute minor penalty for roughing.

And Twitter in Canada, which until that point had predominantly been focused on the coronavirus pandemic’s third wave in Ontario and the plucky Toronto Blue Jays’ season opener this week, turned its attention to a discussion for and against McDavid, complete with calls for suspensions and fines and Zapruder-film slow-motion replays of the hit.

But McDavid, who leads the N.H.L. with 63 points and ranks second in goals with 21, also had his defenders.

McDavid is known for his blazing speed and sleight of hand — his goals often must be watched repeatedly in slow motion to fully appreciate — but he was visibly frustrated early on last night. His mood had perhaps carried over from the previous evening, a 3-2 overtime win against the Toronto Maple Leafs, when at the end of the second period McDavid skated over to an official and shouted animatedly: “No penalty? None? Every time!” 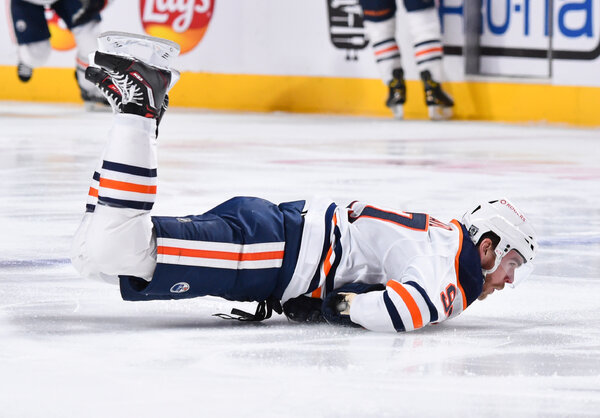 The Canadiens hadn’t played since March 20 because of the league’s coronavirus protocols, but they were fresh and dominated the Oilers. Kotkaniemi scored 18 seconds into the game. In the second period, McDavid had a goal disallowed after the Oilers were ruled offside. Montreal won, 4-0.

“I didn’t think anything of it; it was just a normal night.” McDavid said in response to a question from a Le Journal de Montreal reporter about having “an emotional night” that included the hit on Kotkaniemi and his disallowed goal.

Some were sympathetic to McDavid, and the plight of highly skilled generational stars like him whose talents can be routinely hampered by grabs, hits and illegal holds that go uncalled by the officials. Hockey has had this debate for years.

Still, some argued McDavid went too far, or suggested that the N.H.L. department of player safety had sometimes failed to apply standards and discipline consistently. Many argued a less-prominent player committing the same hit would have earned harsher in-game discipline and even a suspension.

The N.H.L. has yet to weigh in, but it is expected to address the incident. McDavid is the highest paid player in the N.H.L. at $12.5 million a year, and perhaps its biggest star.

He was suspended in February 2019 for an illegal check to the head of Islanders defenseman Nick Leddy. In that instance, Leddy was attempting to play the puck and McDavid’s shoulder made contact with Leddy’s head.

The department of player safety does not rule a player a repeat offender if 18 months have passed since their last infraction. McDavid’s latest hit falls well outside that window.