Brit scrapper Warrington retained his IBF featherweight title in a stunning fight that pushed his opponent closer to retirement. 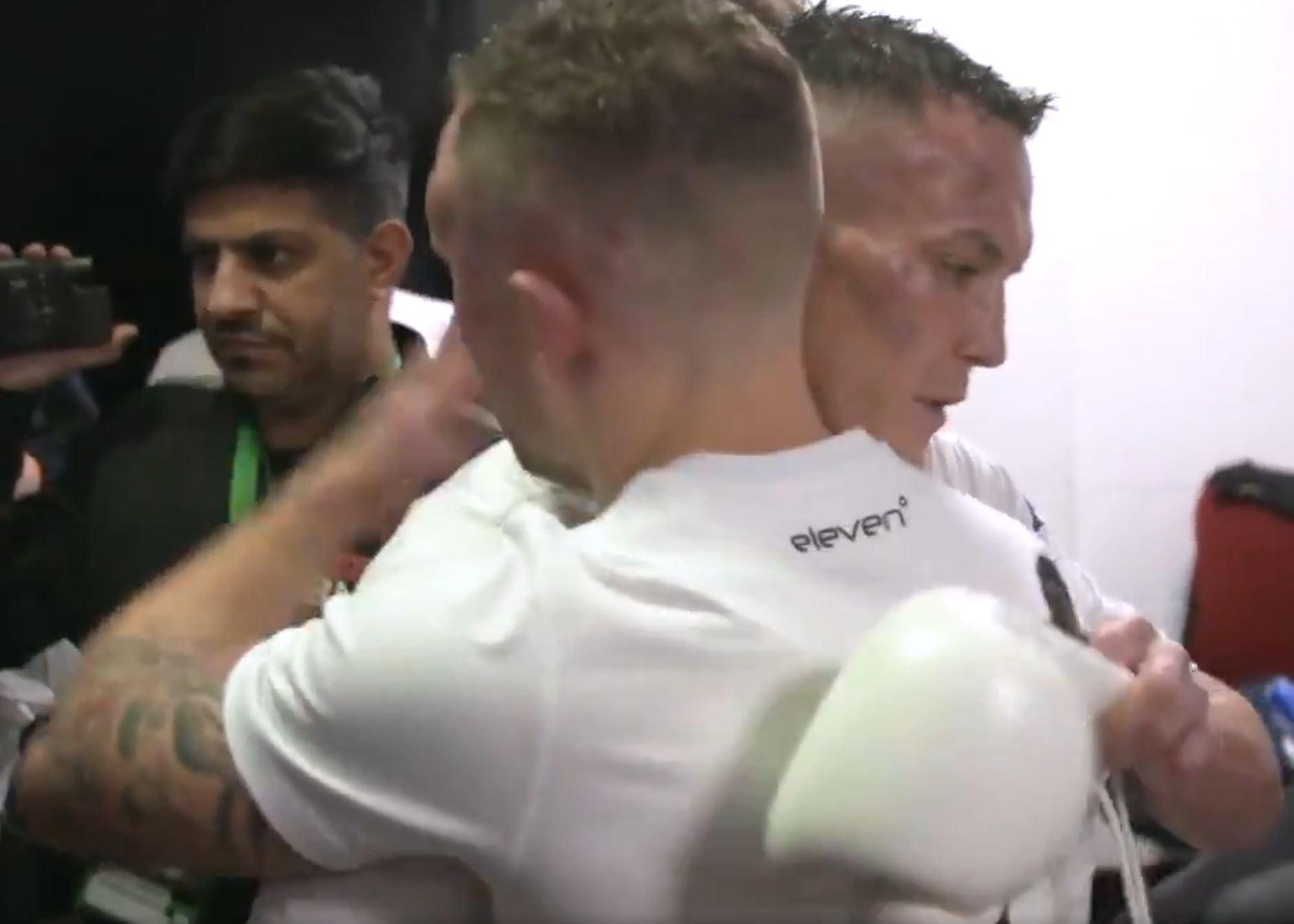 Both fighters talked each other up inside the ring after treating the fans to one of the fights of the year.

And backstage they continued to enjoy each other's company.

The pair locked in an embrace before being applauded by those in attendance.

Frampton was a true sportsman after his defeat and wants Warrington to go on to unify the division. 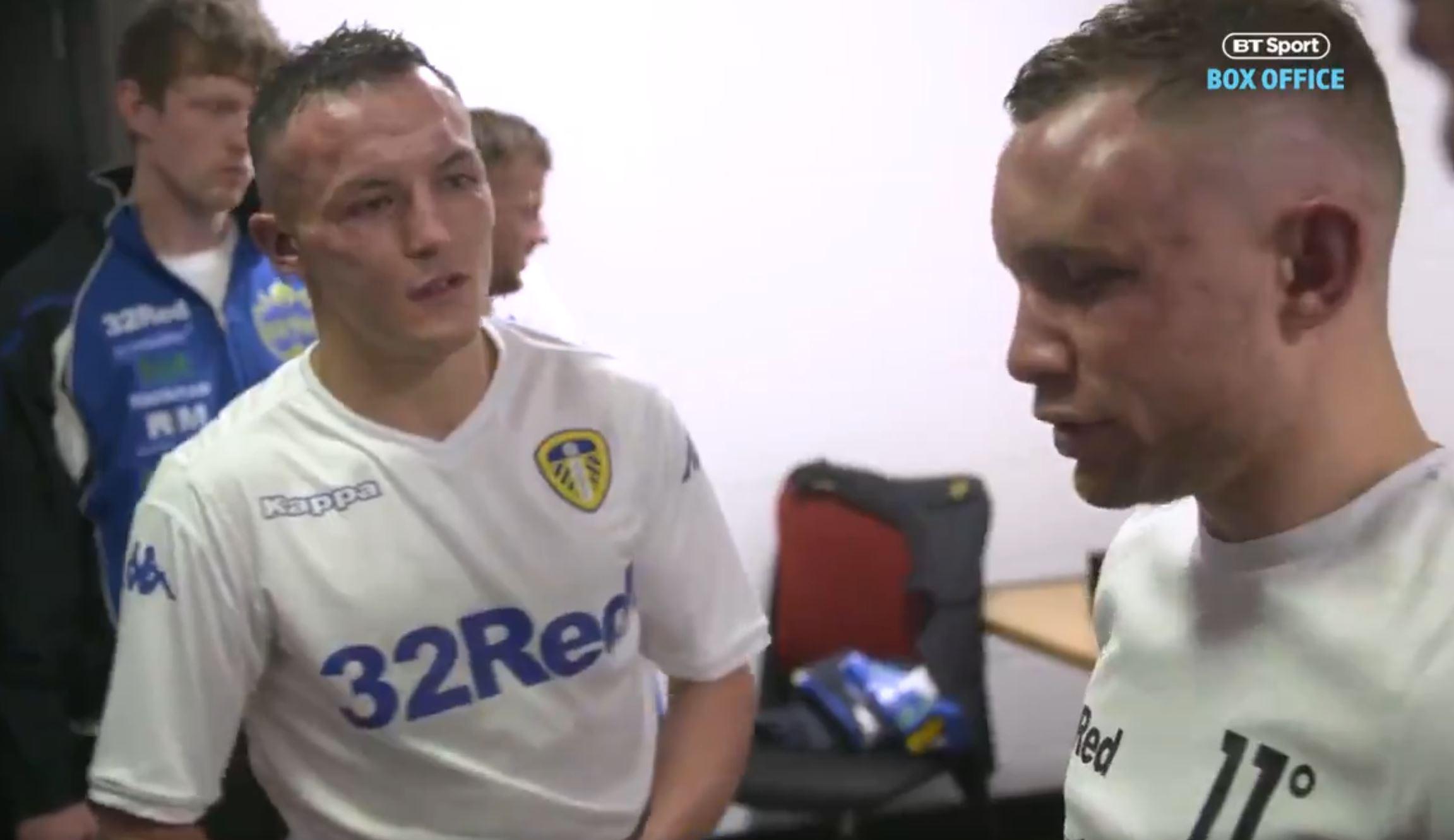 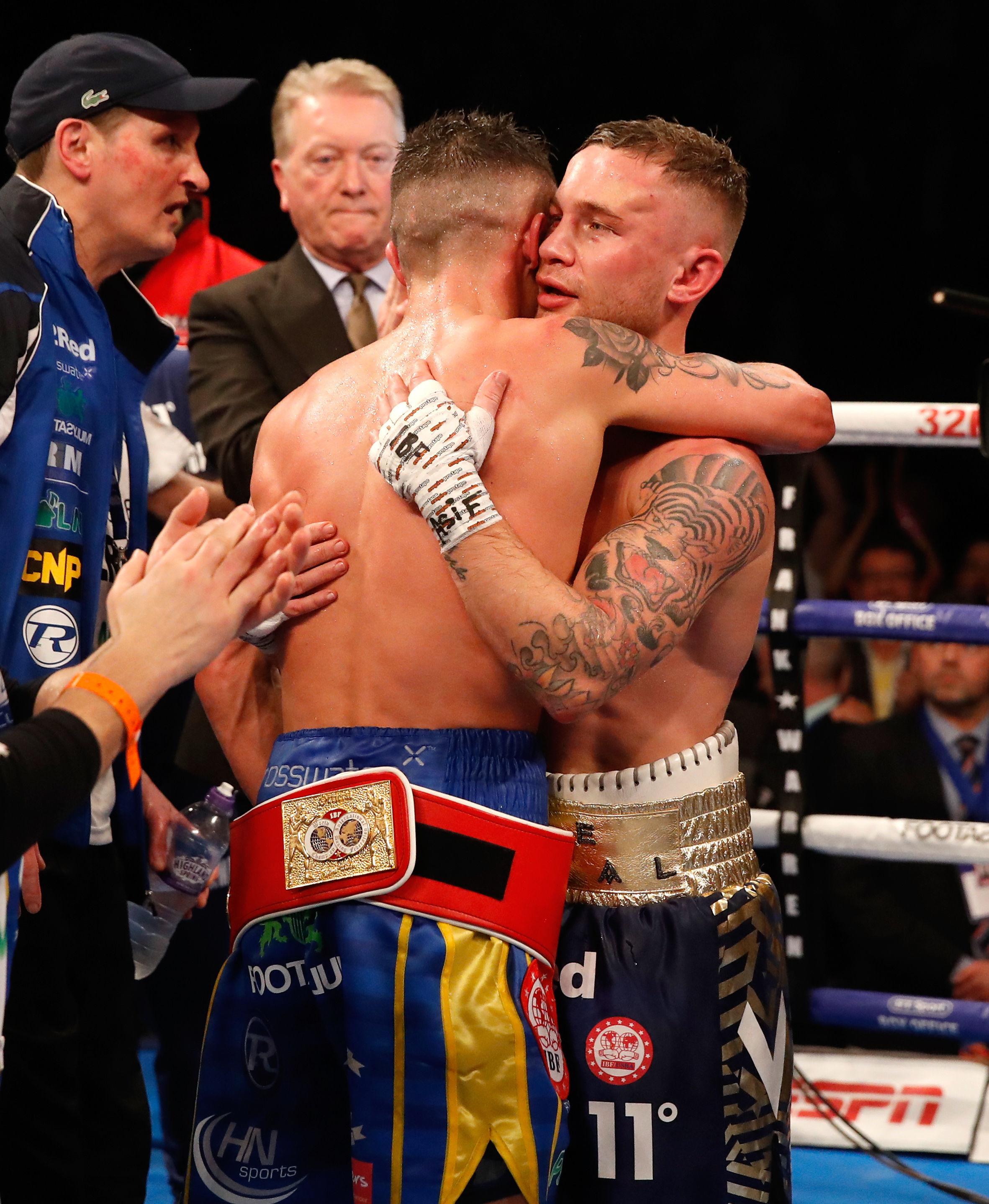 Looking battered and bruised, he said: "The best man won. He's a very good fighter and a much harder puncher than anyone has given him credit for.

"I was hurt a number of times in the fight. he won the fight fair and square.

"I genuinely hope he goes on and unifies the division. It will make my performance a little bit better if he does and I hope he knocks them all out too." 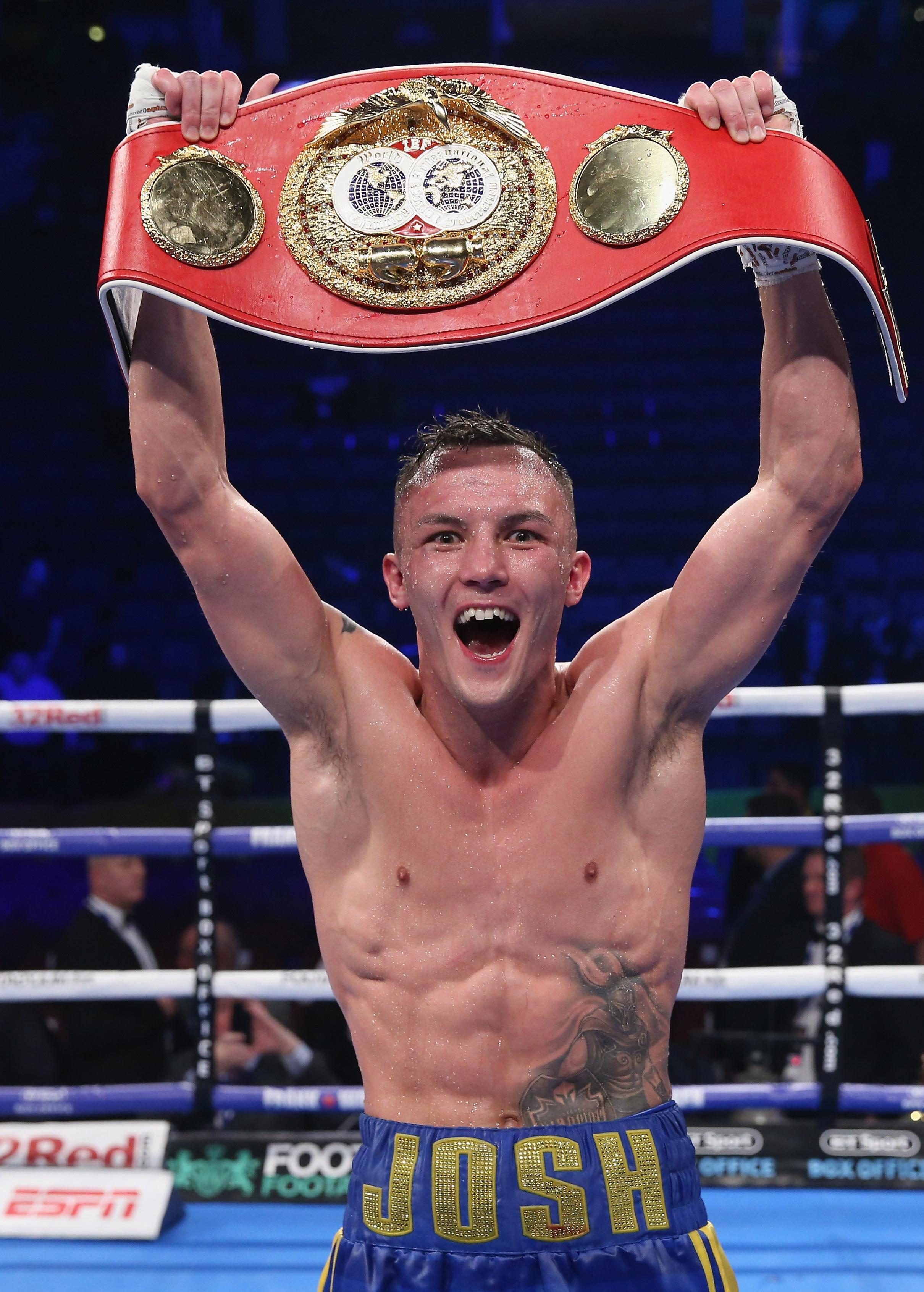 And the winner declared: "It takes two to make a fight like that and hat’s off to Carl Frampton. I’ve always been a fan of his.

“He will go down as one of the best featherweight champions.

“There were times I hit him with some corking shots and he took them but we did what we had to do.”