The Queensland winger once touted as the Wallabies' next big thing will pitch up for training with the Broncos on Monday in a sensational code-swapping blow to Australian rugby.

Izaia Perese, hailed by Michael Cheika just 12 months ago for "killing it" in a Wallabies touring squad, has signed a training replacement contract with the Brisbane NRL club via their affiliate Redcliffe Dolphins and is likely to win a full-time deal. 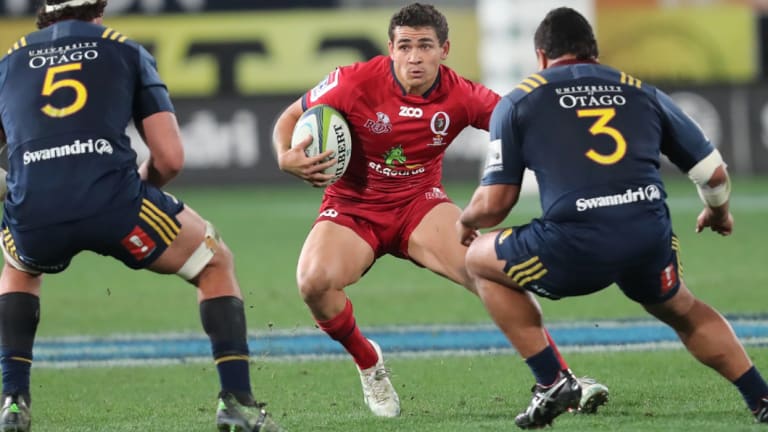 Reds to Red Hill: Izaia Perese is understood to have signed with Broncos affiliate the Redcliffe Dolphins. Credit:AAP

The Herald understands his release will make way for Rebels winger Sefa Naivalu to move north to Ballymore in a consolatory win for Wallabies coach Cheika and Rugby Australia's talent retention campaign.

But Perese's exit from Queensland has not been without drama, with the 21-year-old understood to have been a no-show at pre-season training for some time at Ballymore while the Reds, Rebels and Rugby Australia negotiated over his release.

He was singled out by Cheika a number of times as a player that could form part of Australia's World Cup plans and was selected to tour with the Wallabies in a training capacity during the Rugby Championship last year. 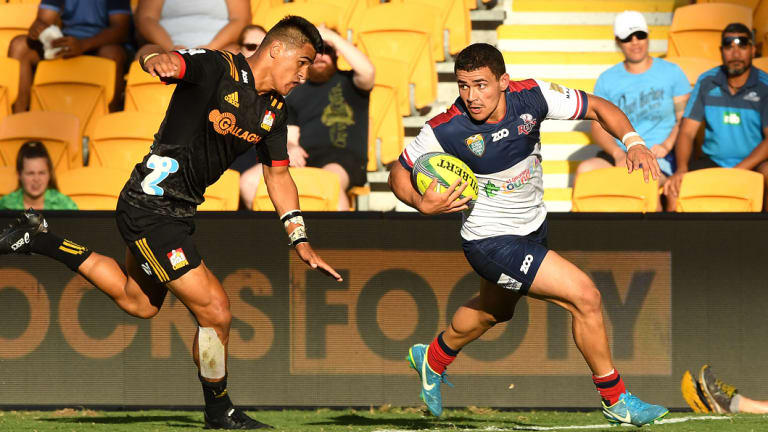 "He's killing it," the Australian coach said at the time.

"He's in a very competitive position. I think he's a guy who can defend in the midfield as well.

"He's got that genuine pace; he's got a great mindset and a great attitude. He's coming along very nicely." 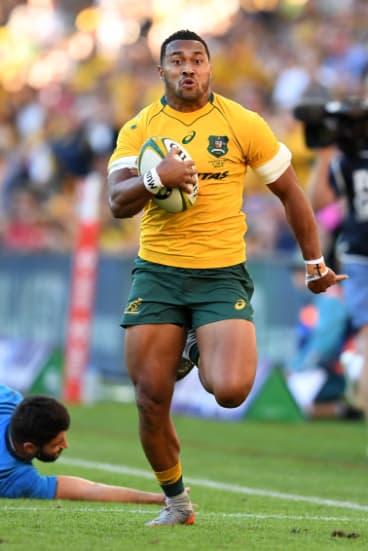 Sefa Naivalu will move to the Reds from Melbourne in coming weeks. Credit:AAP

He was sent home from the tour to get some game time under his belt in the NRC and looked set to light up the 2018 Super season after scoring the match-winning try for Queensland's trial match against the Fiji Warriors. But a knee ligament injury ruled him out of much of the season and the powerful runner struggled to make an impact after that.

By June rumours were circulating he would follow Ponga's footsteps to Red Hill by 2020 but the Herald understands Perese couldn't get out of rugby fast enough in the end, with a training replacement deal agreed with the Broncos via their Instrust Super Cup feeder team Redcliffe and an NRL debut a near certainty in the not too distant future.

It's not all bad news for rugby. The defection has made it possible for Cheika and RA high performance figures to engineer Naivalu's move north in an effort to give the 10-Test winger maximum game time in the lead up to the World Cup.

At the Rebels, the 26-year-old was stuck behind the club's embarrassment of outside backs, including Marika Koroibete, Reece Hodge and Jack Maddocks, and faced the prospect of even fewer opportunities with the signing for next year of former Reds back Campbell Magnay.

Cheika has been a fan of Naivalu's for some time despite injury hampering much of the past two years. He handed him his debut in 2016 and picked him at almost every opportunity when the Fijian-born speedster was available.

He did not appear in the gold jersey again until the third Bledisloe Cup Test in Japan this year. He was sent home from the Wallabies' tour of South Africa and Argentina, injured, but also in disgrace after almost missing a team bus in Port Elizabeth.

But when next available, Cheika gave him a start, and Naivalu scored his fifth try in four Tests. The move is expected to be confirmed in coming weeks.