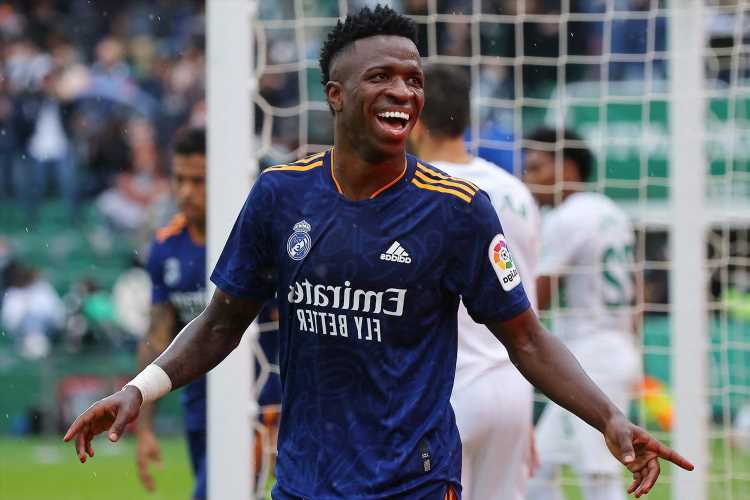 VINICIUS JR was Real Madrid's leading man, as the LaLiga giants won at Elche on Saturday.

The Brazilian star netted twice. filling the void left by the rested Karim Benzema, with the narrow win helping move Los Blancos to the top of LaLiga, at least until tomorrow's Basque derby between Real Sociedad against Athletic Bilbao. 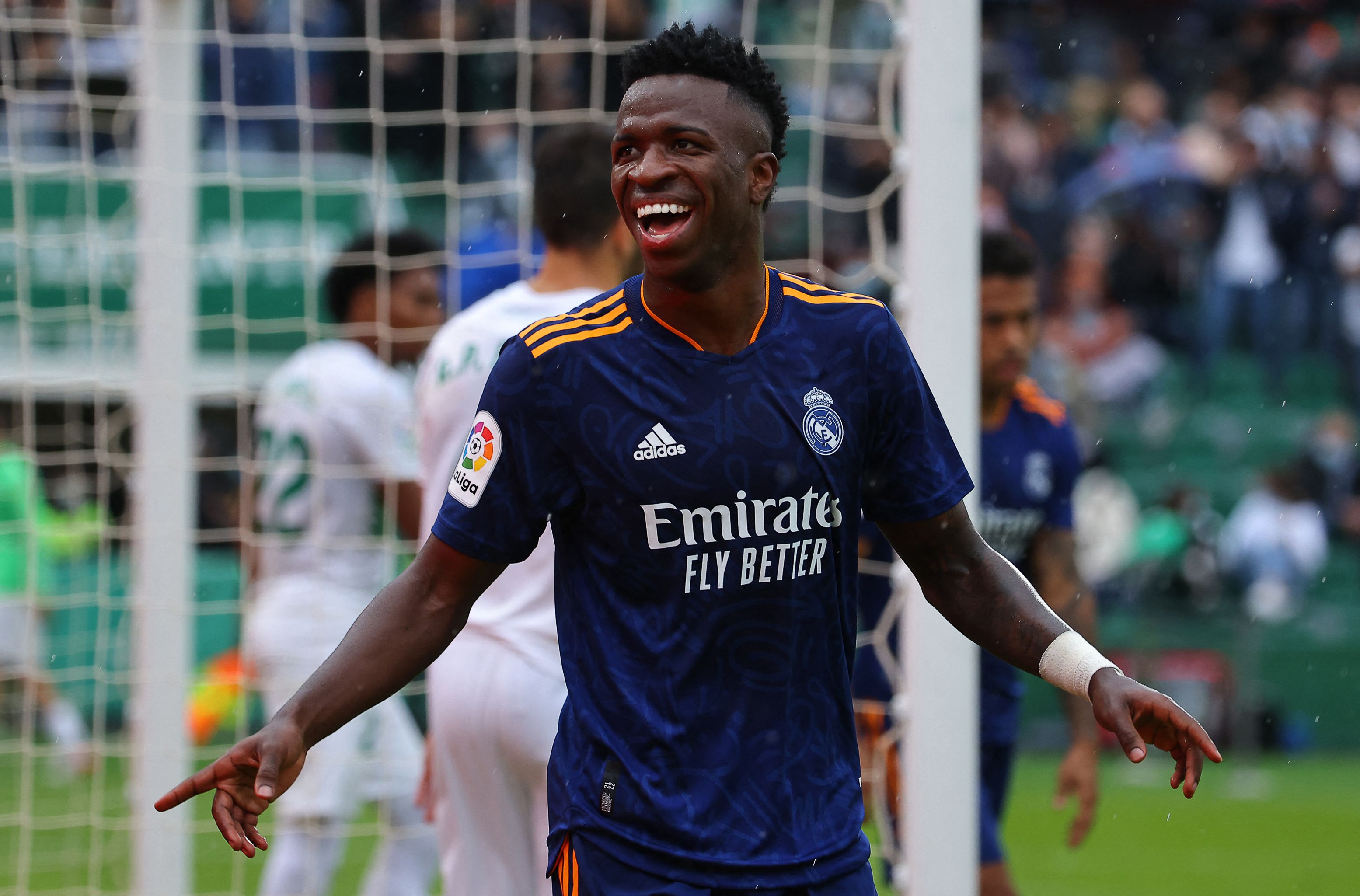 And it was their talented youngster who was the talisman.

Vinicius opened the scoring with a 22nd-minute strike. After Elche midfielder Raul Guti was sent off for a second booking, the Brazilian winger then put the result beyond doubt in the 73rd.

Elche substitute Pere Milla pulled one back with four to play to set up a tense finish.

But it was the 21-year-old Vinicius, who was to prove the match-winner – once again showing his much-improved finishing.

The double took his tally in all competitions to nine in 14 games this season, compared to six goals in 47 outings last season. 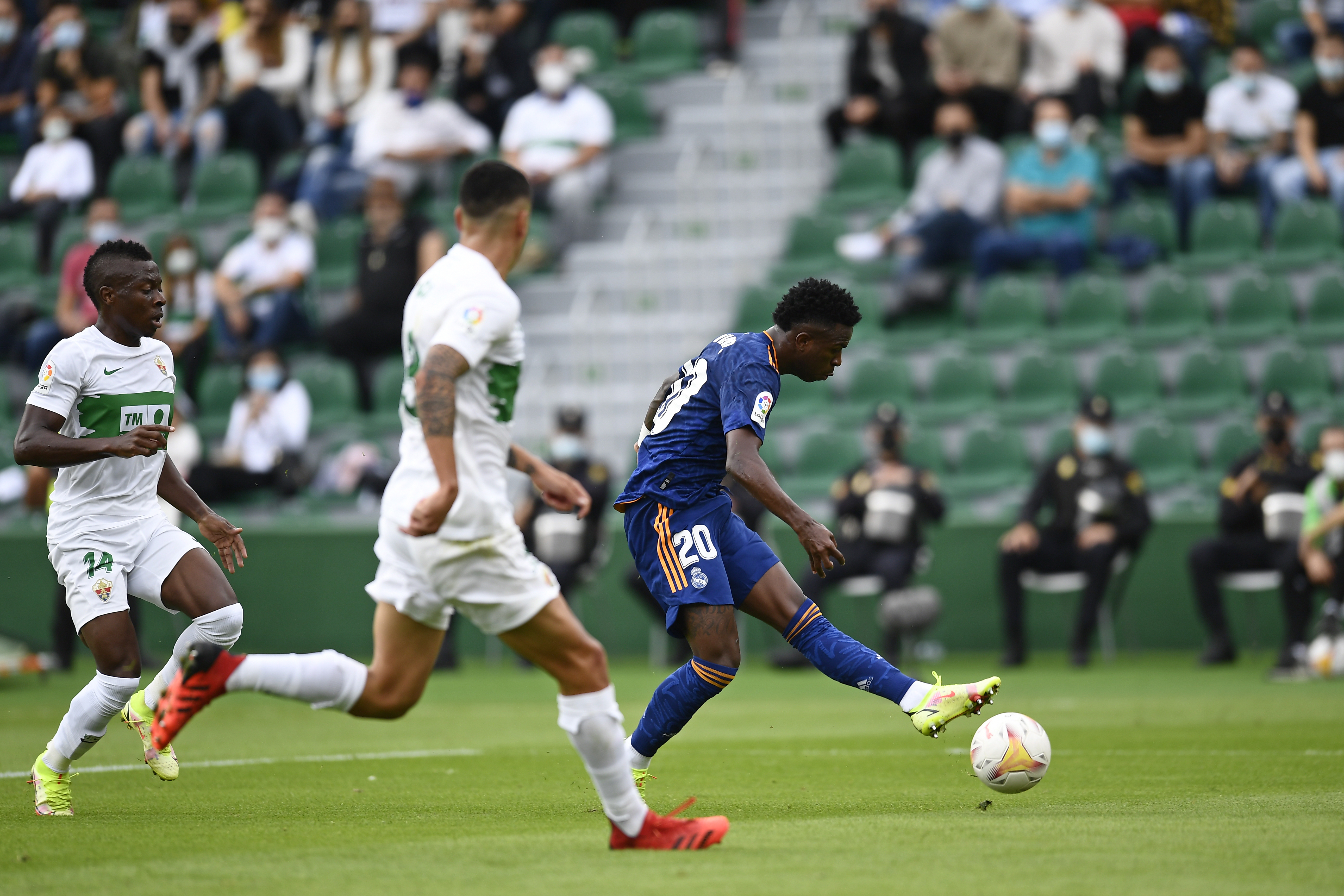 Their only victory in its previous four league games came last weekend when it won 2-1 at Barcelona.

Mariano Diaz played his first minutes of the season in Benzema's place. The rarely-used striker showed his reflexes were still sharp when he used his heel to knock a pass from Casemiro into the path of Vinicius for him to fire under Kiko Casilla.

Elche almost equalised thanks to Lucas Boye. The striker stole the ball from David Alaba in the box, only for Lucas Perez to waste a back-heeled pass by Javier Pastore that left him alone with only Thibaut Courtois to beat.

Elche pressed for an equaliser, but were dealt a massive blow when Guti's dangerous tackle on Toni Kroos saw him sent off in the 63rd.

Vinicius finished Elche off when he chipped the ball over Casilla from a tight angle after Luka Modric's through ball.

Milla scored against the flow of play when Casemiro's pass near his area was intercepted, leaving the forward alone to beat Courtois. 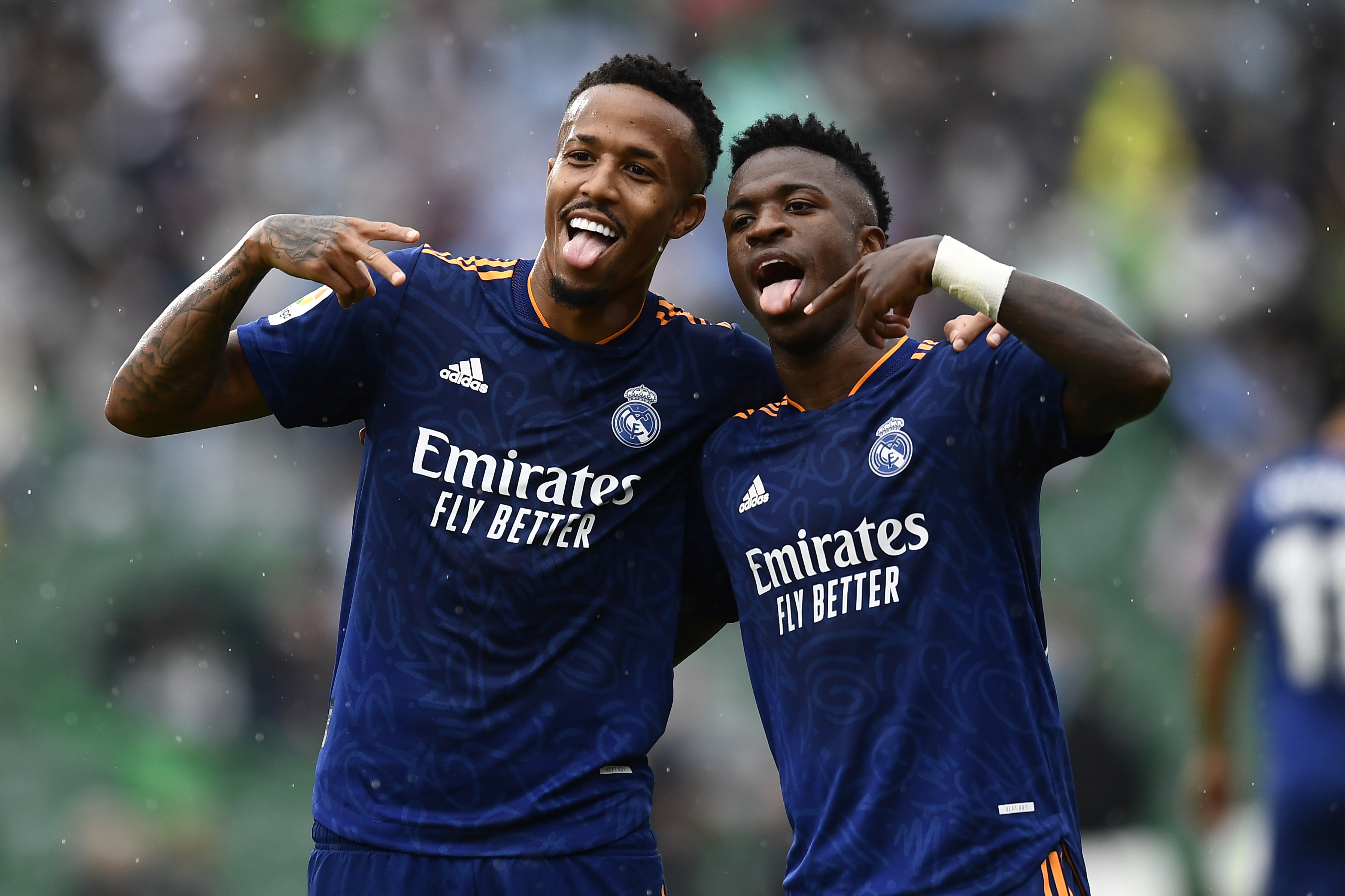 Madrid lost forward Rodrygo in the opening minutes to what appeared to be a leg injury, which will have them sweating next season ahead of their crucial Champions League tie.

While, Sevilla can pull level with Madrid and Sociedad if they beat Osasuna.

On Sunday, Real Betis can also pull level with Madrid and Sociedad if they overcome Atletico Madrid.