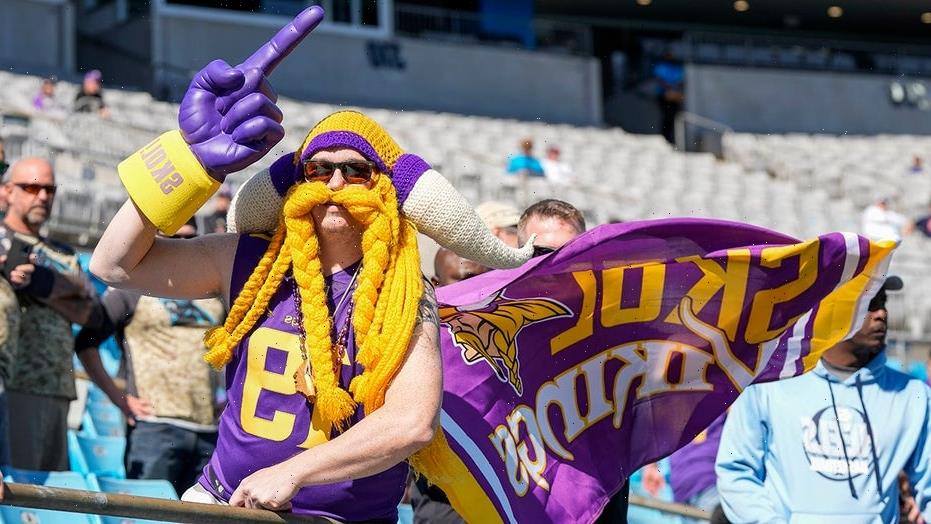 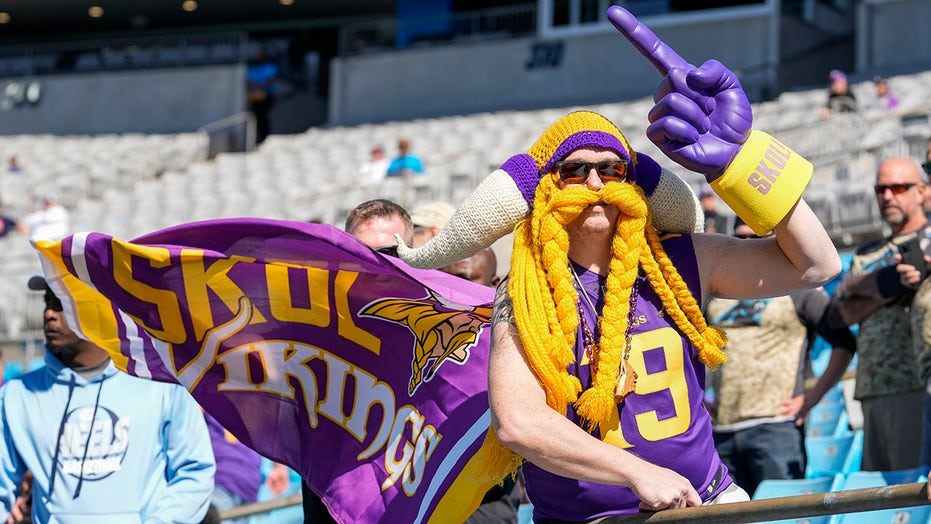 Vikings and Panthers fans are officially in the running for NFL Fan Fight of the Year after a belligerent scene Sunday in Charlotte where fists were flying and some Vikings fan took a vicious knockout blow like a champ.

As you can see in the video, Vikings fan was ramming his forearm into a woman and ended up on his back after taking what seemed to be a brutal shot. Oh, but there’s more. We also had two females squaring off in the octagon and had a Vikings lady crashing to the floor. 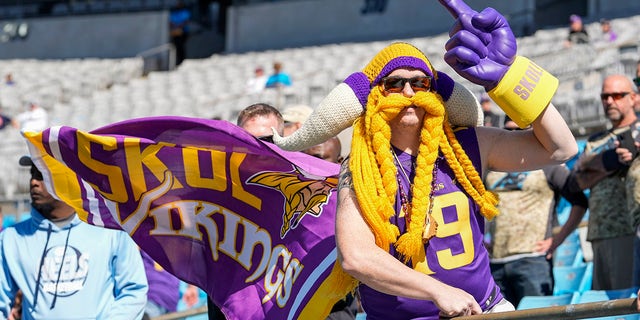 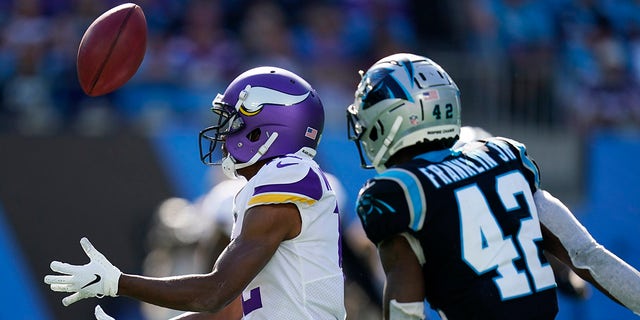 “He is and was ok. He kept getting up attacking. For some reason the video portrayed as if he stayed on the ground. He actually was taken down multiple times. Idk why be he was mad at an elderly woman.” 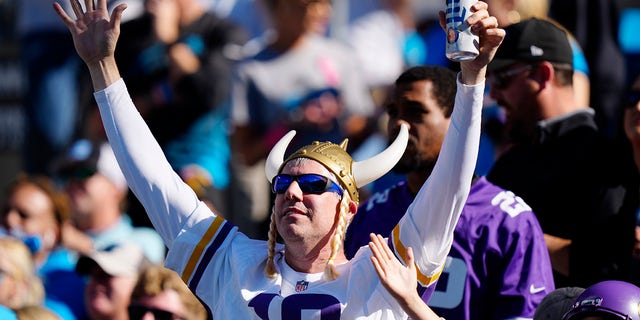 A Minnesota Vikings fan cheers during the second half of an NFL football game between the Carolina Panthers and the Minnesota Vikings, Sunday, Oct. 17, 2021, in Charlotte, N.C.
(AP Photo/Jacob Kupferman)

As for the guy in purple trying to fight everyone, Goins fills in some of the blanks there as well.