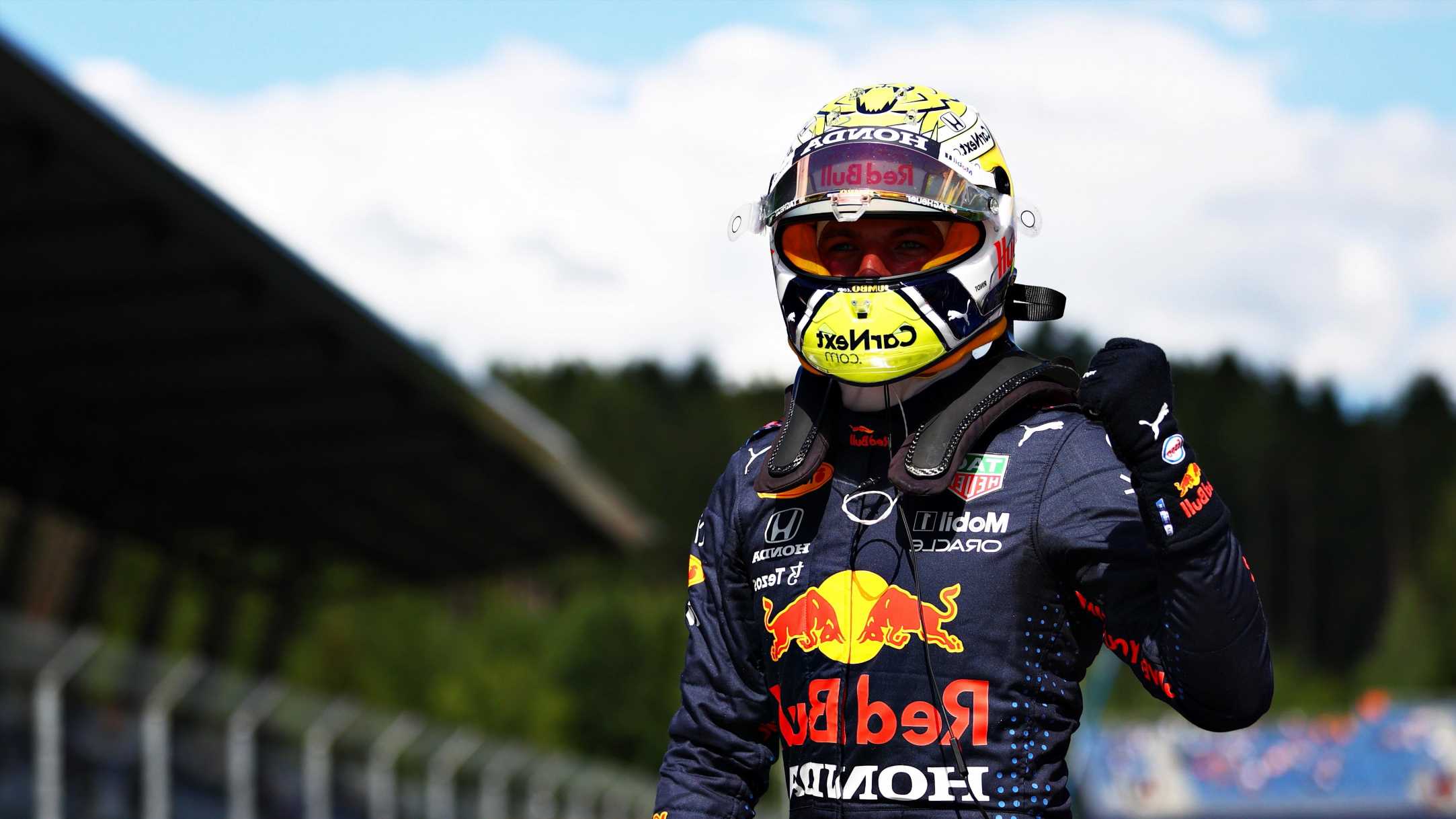 MAX VERSTAPPEN ramped up the pressure on Lewis Hamilton with his second successive pole.

Red Bull's F1 title leader Verstappen was 0.194 seconds faster than Valtteri Bottas – but world champ Hamilton was promoted to second as his Mercedes team-mate was penalised for a bizarre pit-lane spin. 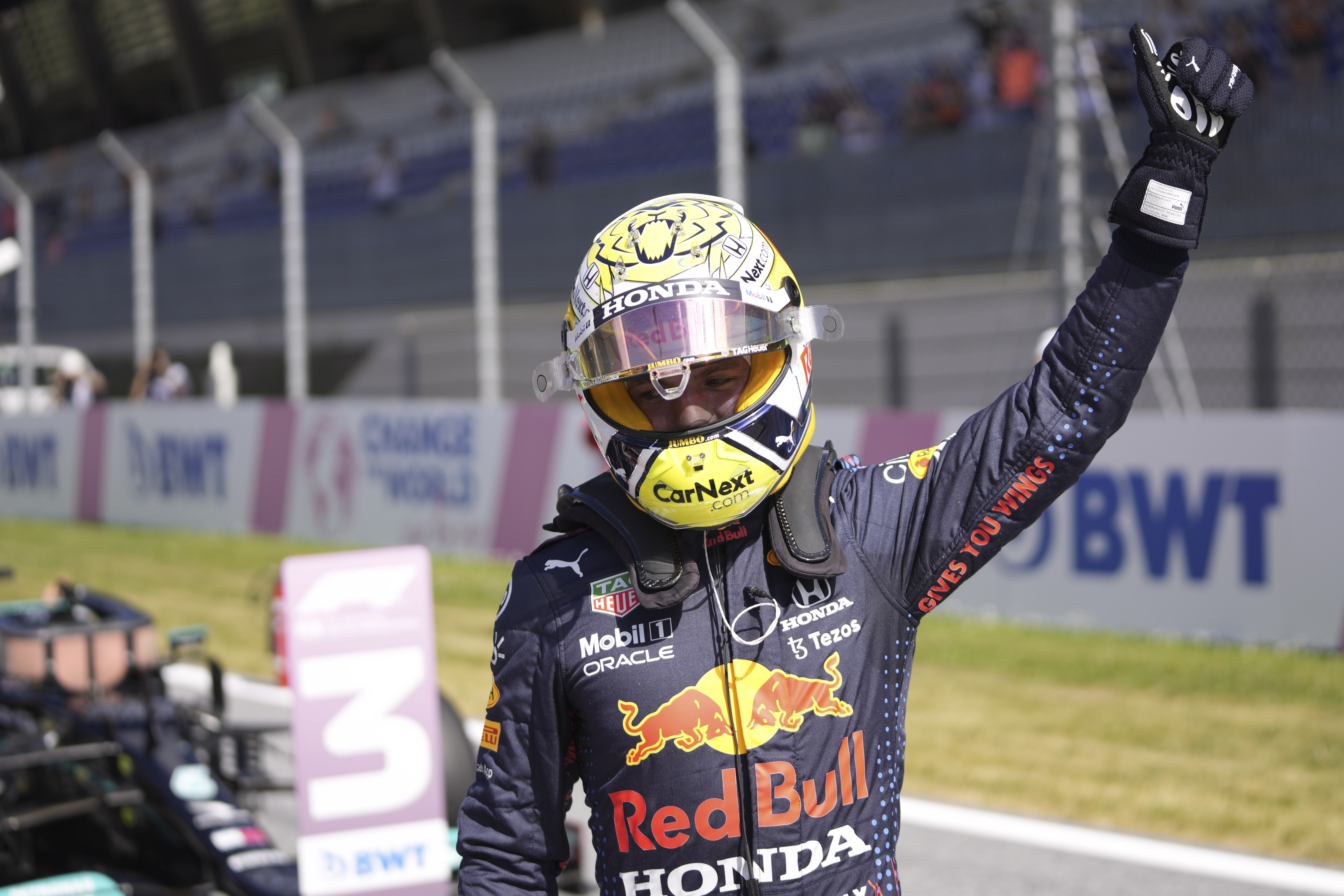 Lando Norris continued his fine season by grabbing fourth for McLaren and will profit from Bottas' penalty by moving up to third. 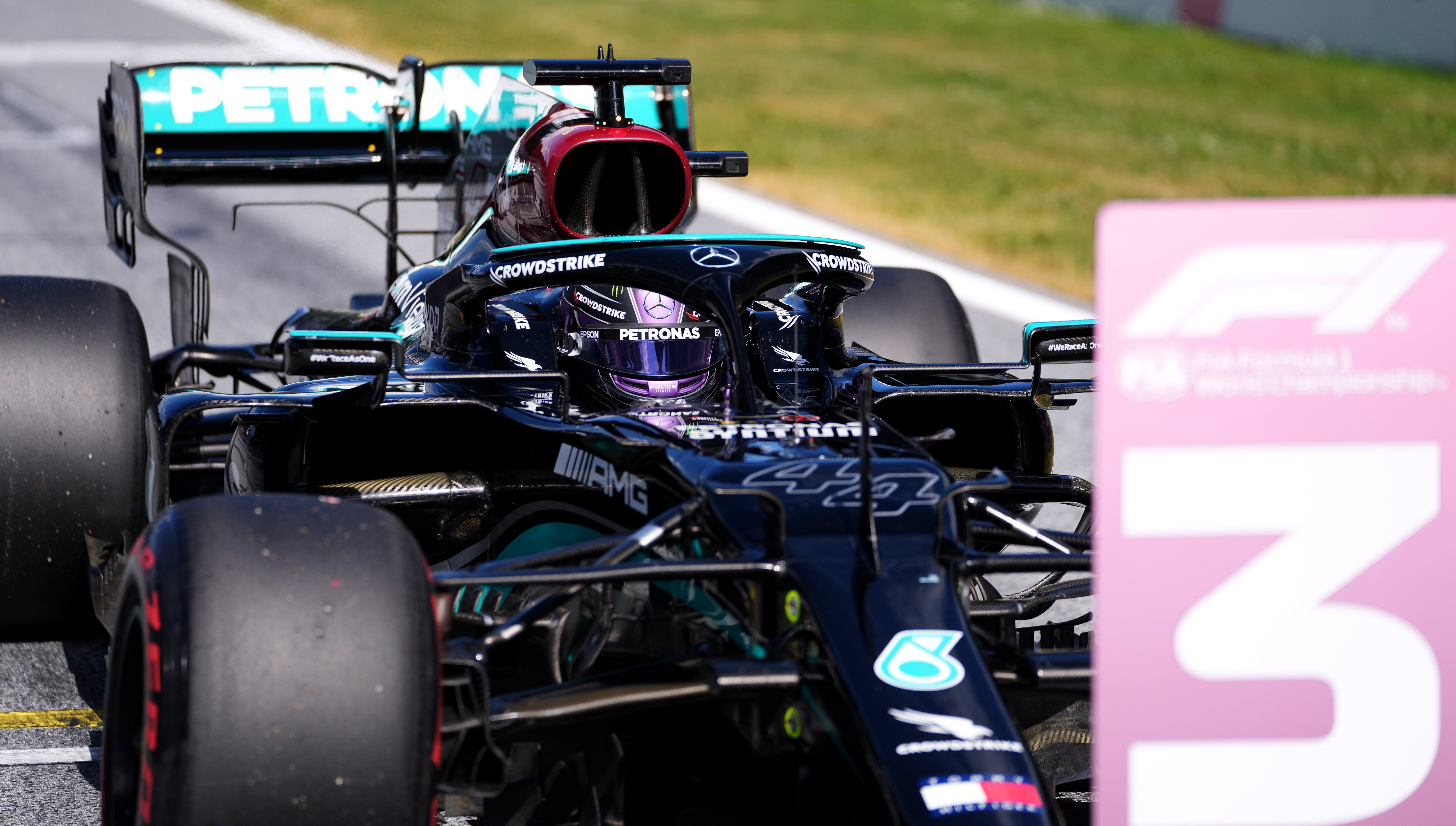 Verstappen's team-mate Sergio Perez finished fifth for a Red Bull team who have won the past three rounds.

And they are primed to win their fourth in succession as Verstappen claimed the sixth pole of his career.

The Mercedes driver is now on a run of four races without adding to the century of poles he scored at last month's Spanish Grand Prix.

Hamilton, 36, failed to improve with his final run following a poor lap and came on the radio to apologise to Mercedes.

For Verstappen, who is a dozen points ahead of Hamilton, there were no such concerns as he cruised to the front spot.

The Belgian-Dutch ace said: "It has been a very good weekend.

"Again in qualifying the car was good to drive. It is not easy to deal with the traffic to get a clean run but the first lap in Q3 was good enough in the end. 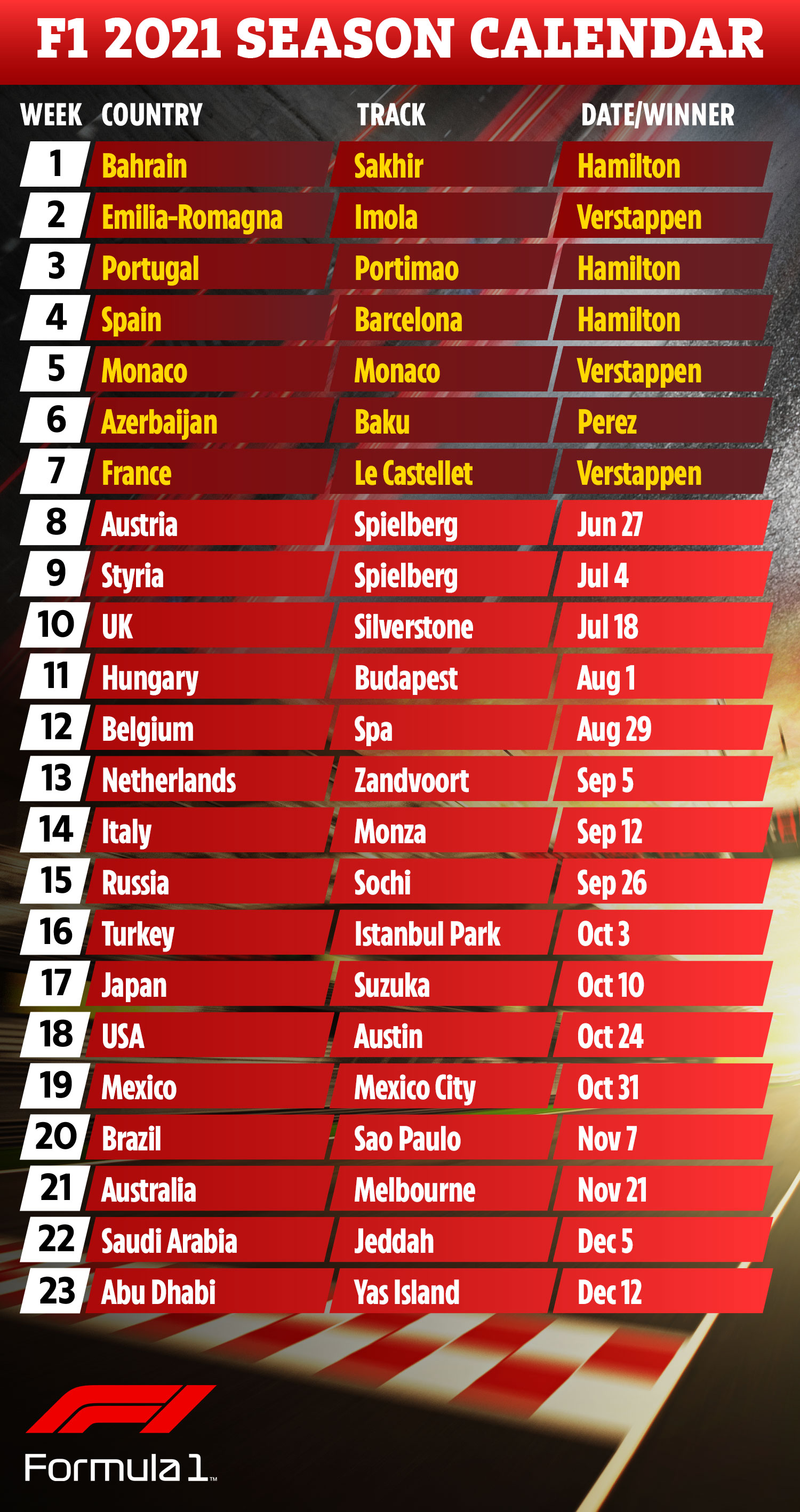 "I am super happy to be on pole at Red Bull's home race. It will be very tight tomorrow. It is never easy and hopefully it will be as interesting as it was last weekend in France."

He said: "They have been so fast this weekend. It wasn't the greatest of sessions but we are on the front row.

"I did everything I could and I go into tomorrow's race up for the fight.

"Max has had a quarter of a second on us all weekend so it will be interesting to see if we can manage it. I don't think we have the raw pace to overtake them."

Verstappen added: "It's been a very good weekend. The car was really good.

"It's not easy with the traffic to try and get a clean run in the last few corners but I think that first lap in Q3 was good enough.

"Super happy to be on pole at home, it's always nice to see a Red Bull car on pole here.

"It's never easy but it's good for racing. I'm sure tomorrow will be very tough."