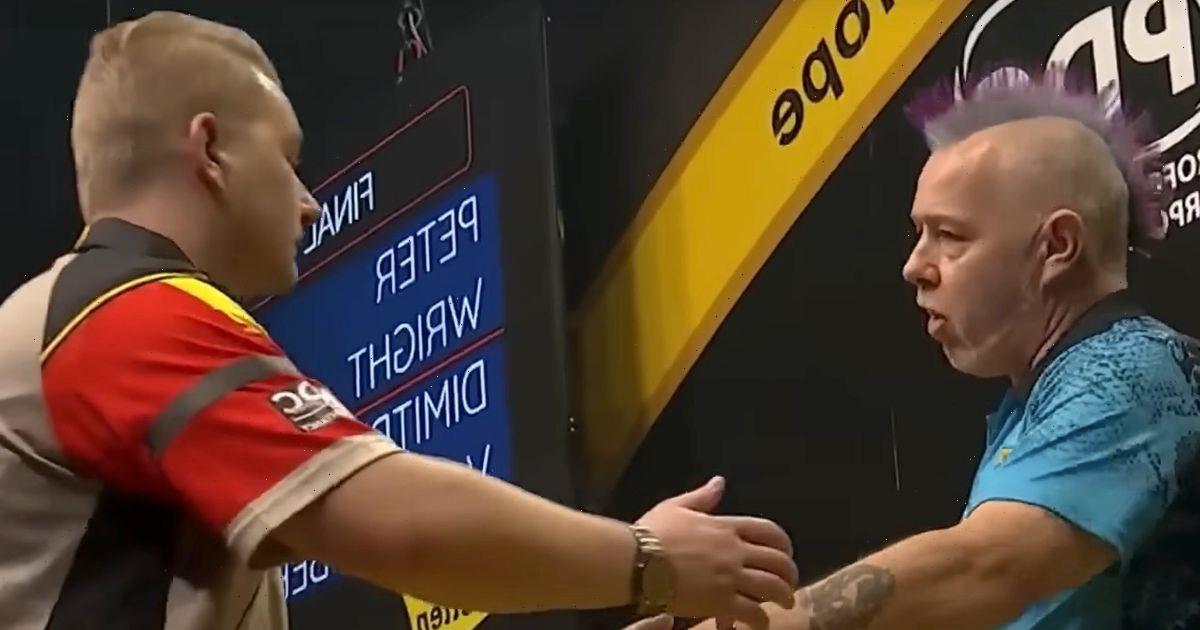 The pair’s close relationship appeared to turn frosty during their meeting at the World Matchplay in Blackpool in July. Following their quarter-final, which Van den Bergh won, Wright barely acknowledged the Belgian after they shared the coolest of handshakes on stage.

It has been suggested that Wright was unhappy with Van den Bergh’s antics on stage, although the two-time world champion has not confirmed that. Soon after the Matchplay, Snakebite underwent surgery to have his gallbladder removed, with Van den Bergh taking his place for the trio of World Series events in Australia and New Zealand.

Wright returned to action at the Hungarian Darts Trophy earlier this month and, according to Van den Bergh, blanked the Dream Maker when their paths crossed in Budapest. It was a far cry from 2020 when Van den Bergh actually lived with Wright and his wife Joanne for a few months at the start of the pandemic.

“'I saw him last week in Budapest, but we didn't say anything to each other,'' Van den Bergh told Belgian outlet HLN. “I think it's all a bit weird. It has come about since my victory at the World Matchplay. God knows why. Do I mind? Yes, because I haven't done anything wrong.

“He did indeed take me into his house for three months, a great experience. But if you see how I'm being treated now, that's it for me. I don't spend my time with people who suddenly have no respect for me anymore.

Is Dimitri Van den Bergh a future world champion? Tell us in the comments section below.

“I don't expect any gesture from him, but I just want him to act normal. Maybe there is jealousy involved? No idea what's going on in his mind.”

Following that interview, the pair collided in the final of last weekend’s German Darts Open, with Wright winning 8-6. And it appears that the pair are on good terms again as they shared a warm embrace after the winning dart before chatting jovially ahead of the presentation ceremony.

“Dimitri is a fantastic player,” said Wright after the match. “He's the future of darts, but the old guy is still doing it!”