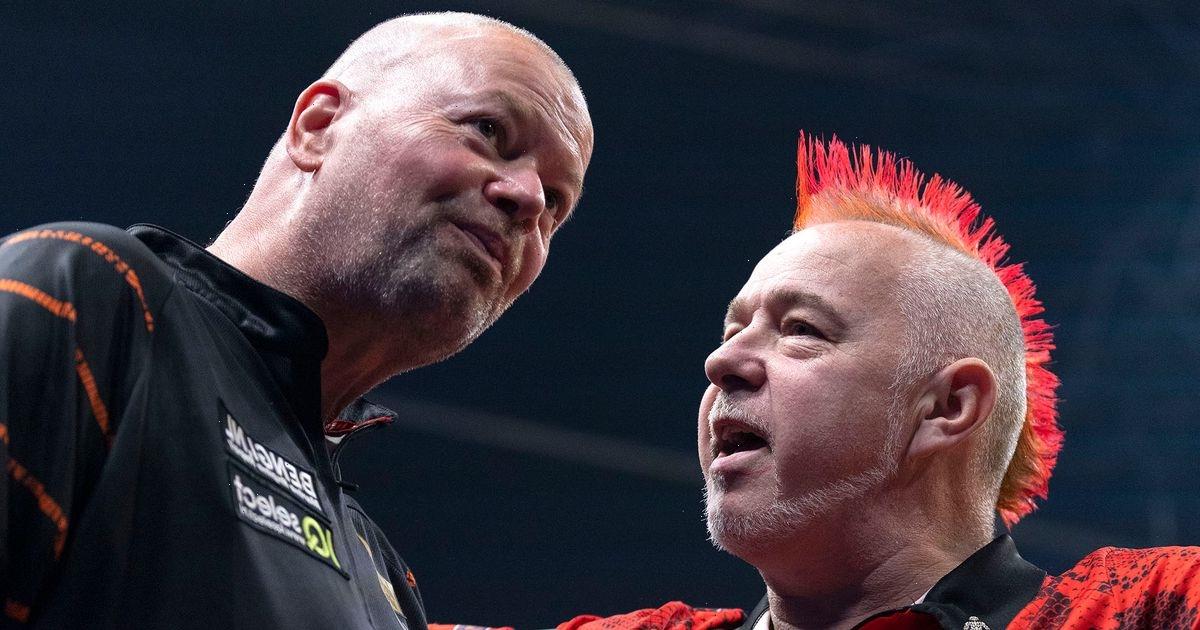 World champion Peter Wright is renowned for being one of darts’ larger-than-life characters.

His pre-match dance to the Pitbull’s Don’t Stop the Party, Mohawk hairstyle and elaborate outfits are enjoyed by legions of the sport’s fans. However, one of the biggest names in darts is not a fan and believes his rival should rein in some of his behaviour.

Five-time world champion Raymond van Barneveld has suggested Snakebite’s antics will turn people away from the sport, especially sponsors, and make it a laughing stock.

“Those crazy costumes are one thing, but dressing up as Father Christmas, sorry, that has nothing to do with darts anymore,” Van Barneveld told Viaplay which broadcasts darts in the Netherlands.

“I have tried for years to put darts on the map, to attract good sponsors and I also like it when people talk positively about your sport. But this way, main sponsors pull out. After all, they don't want to be associated with that.”

Wright has also become renowned for making confident predictions before big tournaments, often dismissing his rivals and urging them to get on the practice board.

‘Big three’ rivals Michael van Gerwen and Gerwyn Price hit back at Wright during the recent World Grand Prix. Van Gerwen thrashed Wright in the semi-finals of that tournament before defeating Nathan Aspinall in the final.

What do you think about Van Barneveld's comments? Tell us in the comments section below.

Aspinall is another player to have urged Wright to keep a lid on his verbal sparring, saying after the Grand Prix. “Michael [Van Gerwen] and Gerwyn, they speak very well in the media. Everything they say is pretty much bang on,” he told Sky Sports’ Love The Darts podcast.

“But you can’t keeping say it. Obviously when you get annihilated by the guy you said isn’t that good, you look a bit of a [expletive]. Like Michael says, he might calm it down a bit, but I don’t think he will. He likes winding people up, let him carry on.”