Victory blew the chance to take top spot in the last round when they allowed Melbourne City a 92nd minute goal to secure a draw. 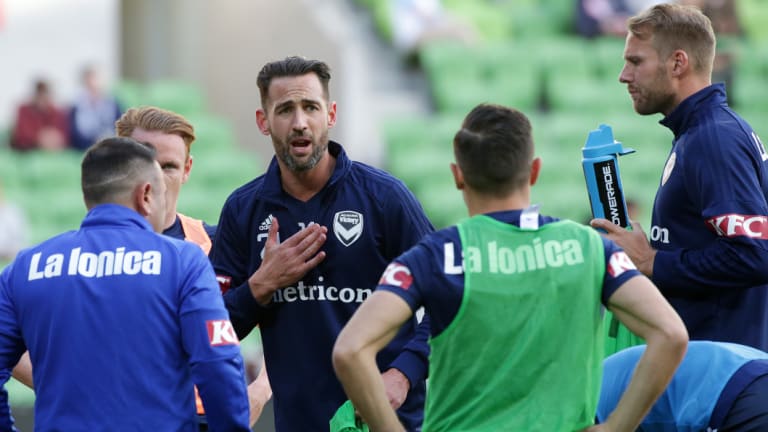 Against Perth in round two they were 2-2 before conceding deep in the match.

"It comes down to desperation and we know we have to be more desperate," Valeri said on Monday

"To have it happen twice in a season for me is too much and it's something we're looking to stamp out and really commit to not letting it happen again."

Despite letting the win slip, Valeri said there was still a lot to like about the derby performance.

Japanese superstar Keisuke Honda (back tightness) and Spanish midfielder Raul Baena (hamstring) missed the match but are set to return against Phoenix.

"We still take a lot of positive things from the game," the former Socceroos defender said.

"We have to take responsibility for the result because I think we performed well and controlled the game but ultimately we drew the game and that's what we deserved."

Wellington have been in red-hot form, picking up three wins and a draw in the past month to set the scene for a gripping encounter.

"They've always been a strong team but form does bring confidence so there's two teams with that, good players and it's going to come down to who wants it more," Valeri said.

"We're going to have to be prepared to fight those little battles."

A win will see Victory jump ahead of Perth, although the West Australian outfit's final game of 2018 is away at Central Coast on New Year's Eve.

Victory don't get any rest throughout the festive season and will train on Christmas Day to ensure they're prepared as well as possible.