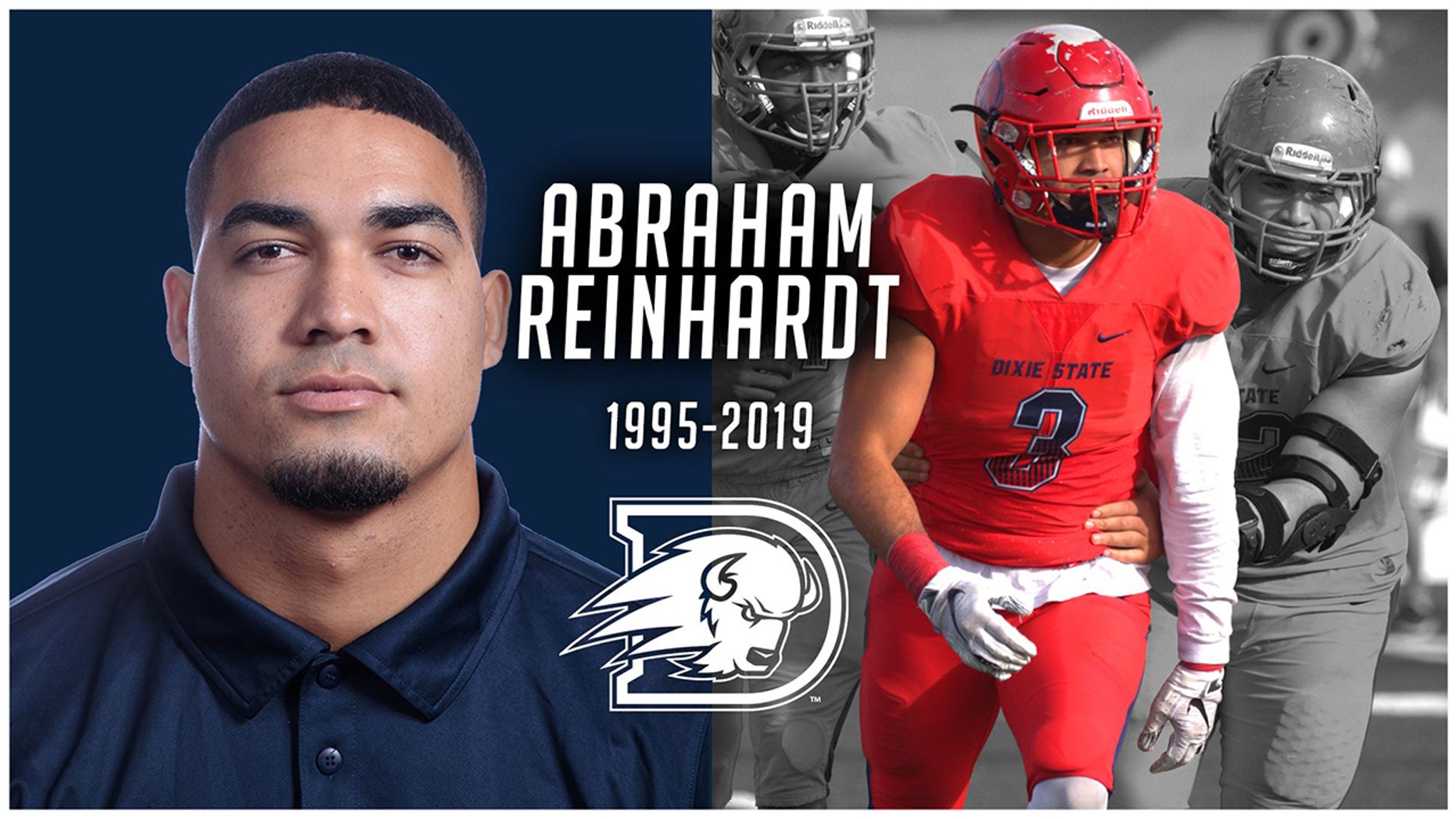 A football player at Dixie State University in Utah died Friday from an unexpected illness days after he reportedly suffered an upper leg injury during football practice.

"We are all incredibly saddened and shocked by Abraham's passing. Our hearts are broken. He always represented Dixie State University and our football program exceptionally well, but more importantly, he was an amazing young man," DSU athletic director Jason Boothe said in a statement. "He's leaving behind a team of equally amazing young men who are struggling with this news as well. We will do everything we can to support Abraham's family and the team during this very difficult time."

A GoFundMe page created to raise funds for Reinhardt’s family said the football player had Hyponatremia — a water-electrolyte imbalance disorder that occurs when the sodium level in the blood is too low. The Hyponatremia triggered “severe muscle spasms throughout his body,” causing Reinhardt to suffer several seizures that caused brain swelling, according to the fundraising site's page.

Steve Johnson, the university’s associate athletic director, told FOX13 Salt Lake City that Reinhardt was at spring football practice Tuesday when he injured his upper leg in the first hour.

Johnson said he was told Reinhardt was taken to the hospital later Tuesday and remained there until his unexpected death Friday.

Reinhardt, who was from Hawaii, was a linebacker and had a team-high 79 tackles.

“He was an incredibly tough and tenacious defender—a great teammate, well-respected,” Johnson said.