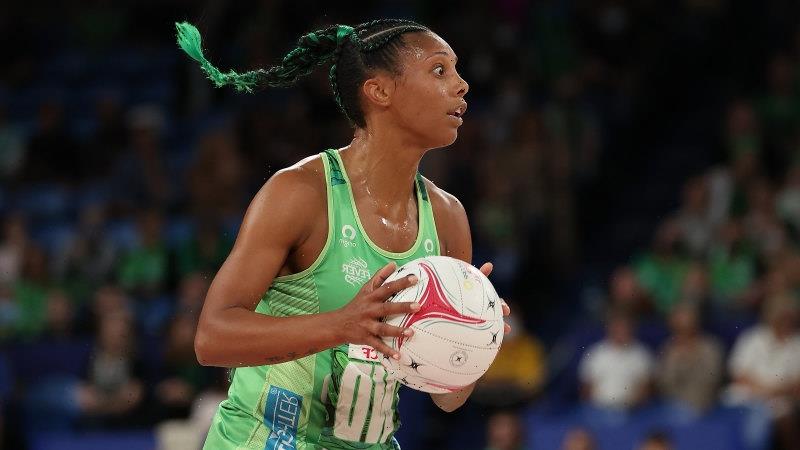 The Melbourne Vixens have claimed underdog status for Sunday’s Super Netball grand final as the minor premiers prepare for a baptism of fire on West Coast Fever’s home court.

A sellout crowd of more than 13,000 die-hard supporters will be cheering on the Fever at RAC Arena as the Perth-based club attempts to land its maiden title. 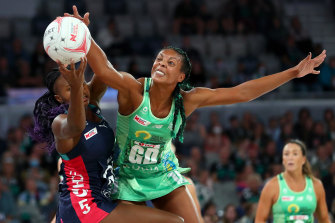 West Coast Fever’s Stacey Francis-Bayman competes for the ball against Mwai Kumwenda of the Vixens during round four earlier this year.Credit:Kelly Defina/Getty Images

The Vixens beat the Fever twice during the regular season on the way to finishing on top of the ladder with a dominant 12-2 record.

But the Vixens’ 71-62 loss to West Coast in the major semi-final and their great escape against the Giants a week later have raised questions about Melbourne’s form.

The Vixens trailed the Giants by 10 goals in the final term before pulling off a miraculous 55-54 win to secure a spot in the decider.

Vixens co-captain Liz Watson says her team will embrace the challenge of taking on the Fever on enemy territory.

“It’s kind of exciting going there doing it together against them,” Watson said.

“I know everyone is so hungry for this game, for this win.”

The Fever entered the 2018 decider in Perth as warm favourites against the Sunshine Coast Lightning, before suffering a heartbreaking 62-59 defeat.

“I can recall them all instantly, all the moments you wish you’d done differently,” Francis-Bayman said.

“The way you feel when the final whistle goes or especially when you look at the clock and there’s only a few minutes left, and you have a gauge of whether the game is within your reach or out of your reach.

“It’s certainly something I think about. I’m experienced and I think that comes in handy. I’m excited for the opportunities but I’m not necessarily overwhelmed by them.

“Most of us have been there, we’ve experienced the pressure of finals. I think we’re in really good stead.”

Francis-Bayman is out of contract at season’s end and not sure what next year holds.

But the 34-year-old would love nothing more than to become a Super Netball title winner.

“Without a doubt it would be the biggest achievement of my career so far,” the England international said.

“I have won titles in the past, but [Super Netball] is the benchmark in terms of domestic netball in the world. It’s been a privilege to play here.”