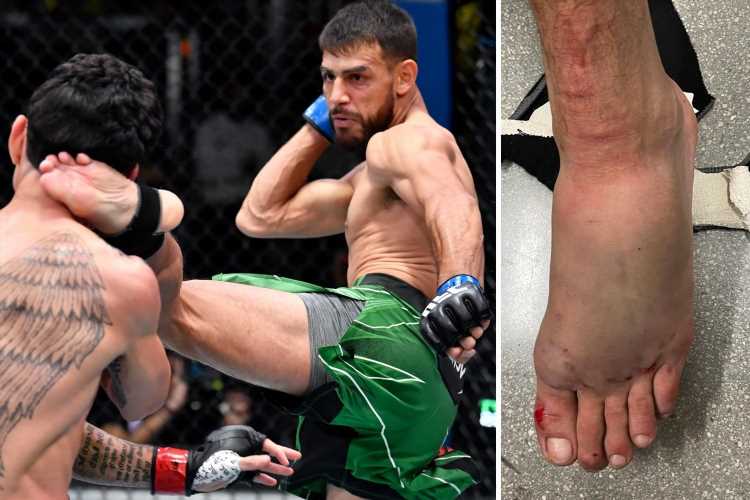 YAIR RODRIQUEZ was left with a grotesquely swollen foot after his brutal fight with Max Holloway.

The featherweight contender lost to Holloway after five epic rounds in Las Vegas, leaving both in hospital. 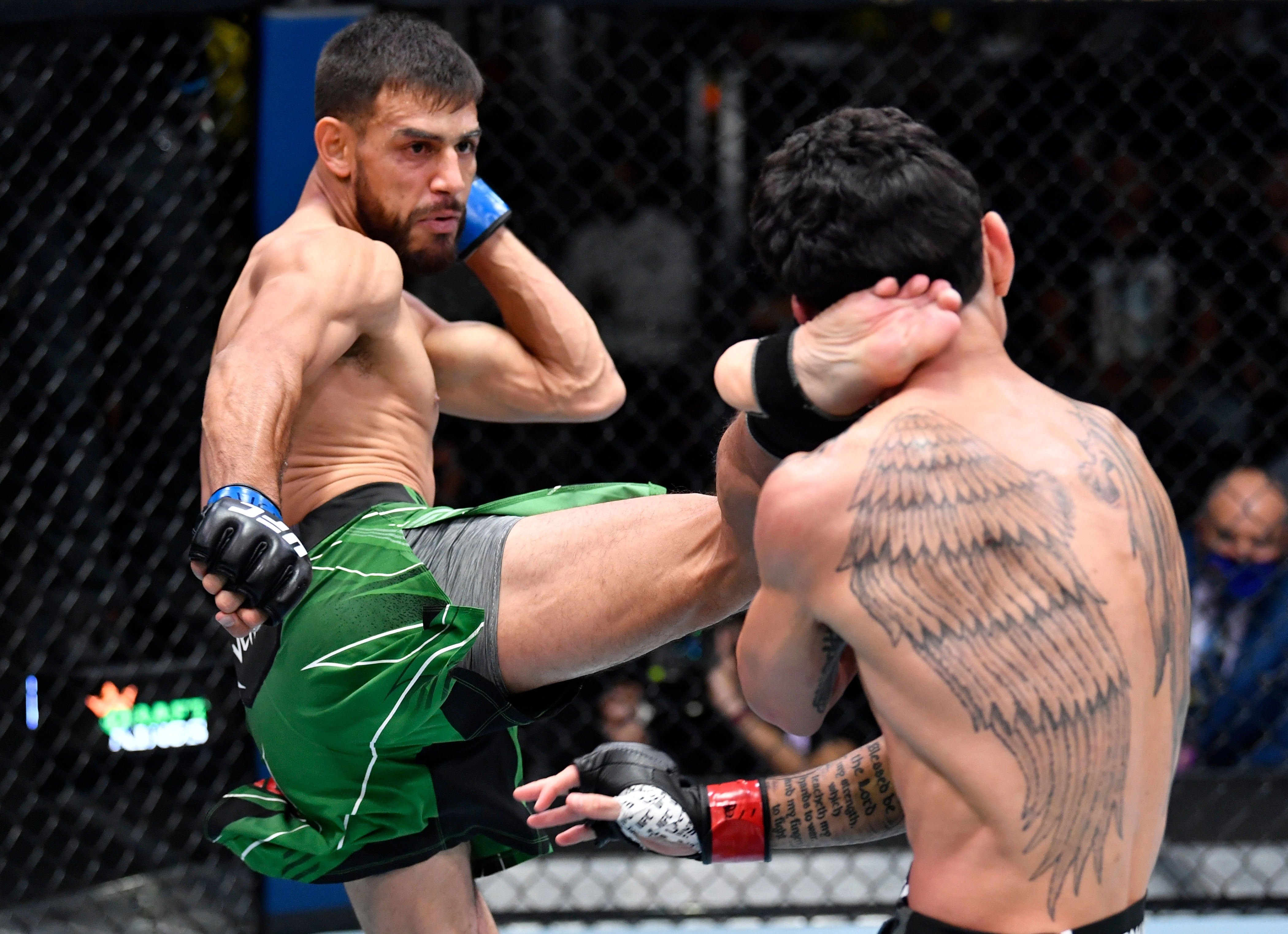 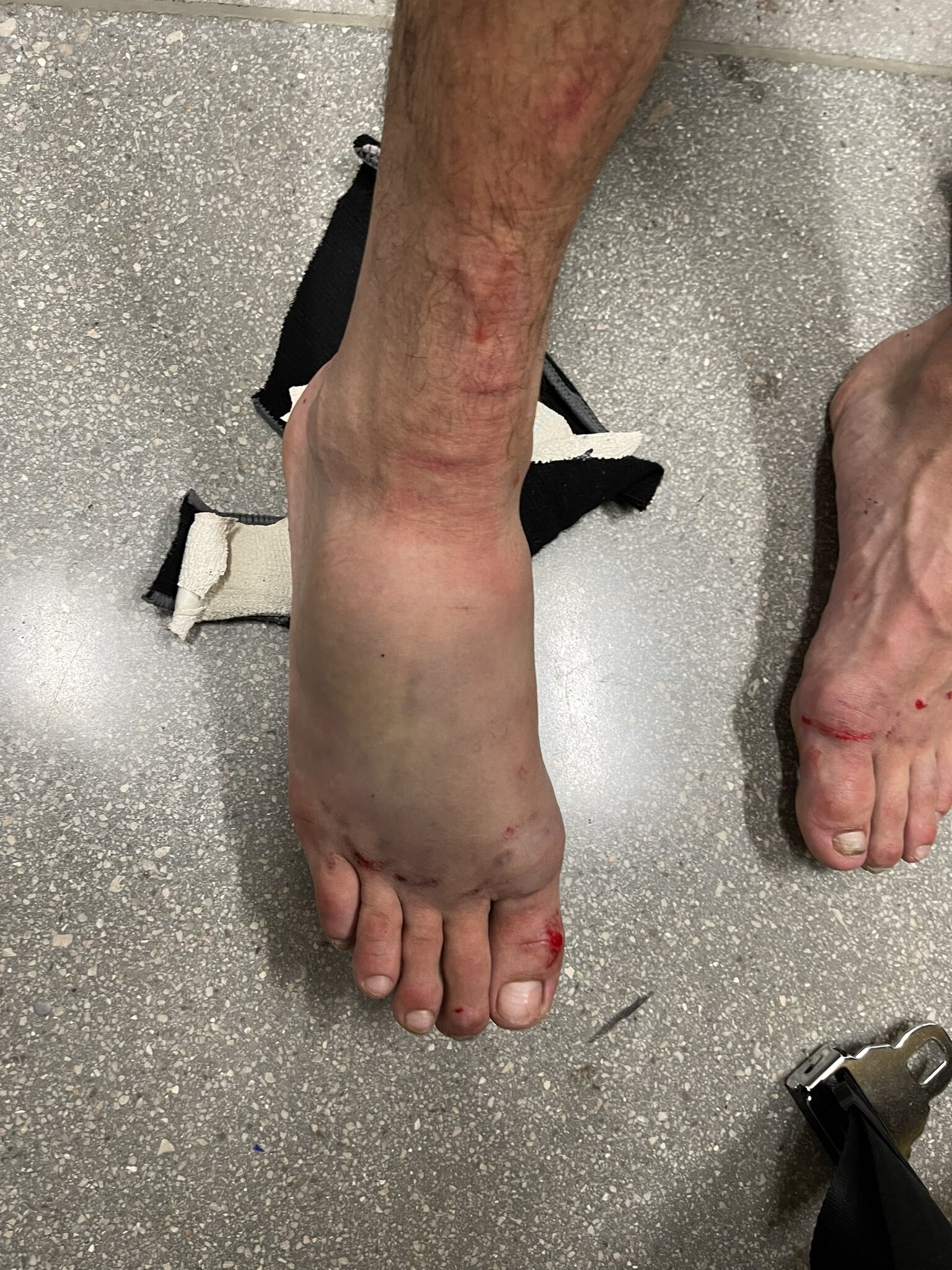 Rodriguez threw 383 strikes, 186 landing with 159 recorded as significant, and targeted the leg with kicks.

But it paid a toll on his left foot, which was massively bruised after and blue all over.

Holloway and Rodriguez, both 29, were taken to hospital after their thriller and even posed for a picture in an ambulance.

Former champion Holloway lost his title to Alexander Volkanovski in December 2019 and failed to recapture it in their July 2020 rematch.

But the decision was hotly disputed with even UFC president disagreeing with the rematch result.

Since then, Holloway has bounced back with wins over Calvin Kattar, 33, and nowRodriguez.

And it puts him primed for a trilogy fight with Volkanovski, 33, despite the score standing 0-2.

White said: “It’s one of those things – it was razor thin, (Holloway) just comes in and puts on a performance like this.

“This is just a guy that Volkanovski’s going to have to just him out of the way and do it again.”

Conor McGregor – who Holloway in 2013 – has teased a rematch with the Hawaiian star.

But the Irishman, 33, is still recovering from his horror leg break suffered against Dustin Poirier, 32, in July.

And with McGregor unable to return until next year, White talked down the possibility of a rematch with Holloway.

He said: “I don’t know what’s next for Max, but it does make sense to see him and Volkanovski again.

“Conor’s not even – Conor’s still hurt. To even talk about Conor is silly.”