CONOR MCGREGOR has shown off an eye-catching 'roulette' watch to his Instagram followers.

The UFC star, 33, displayed the beautiful timepiece while he relaxed by the pool at the Beverly Hills hotel in Los Angeles. 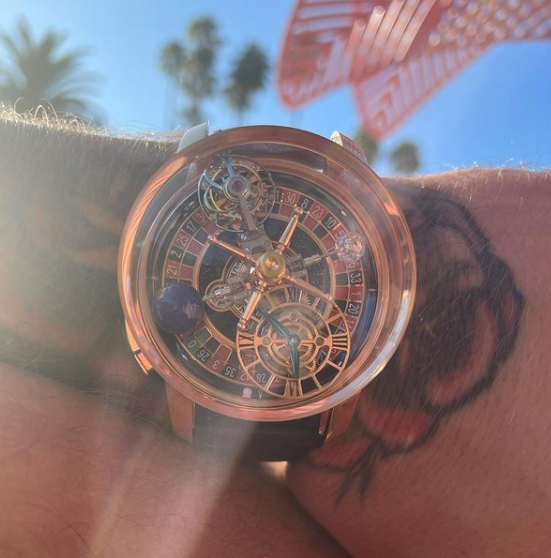 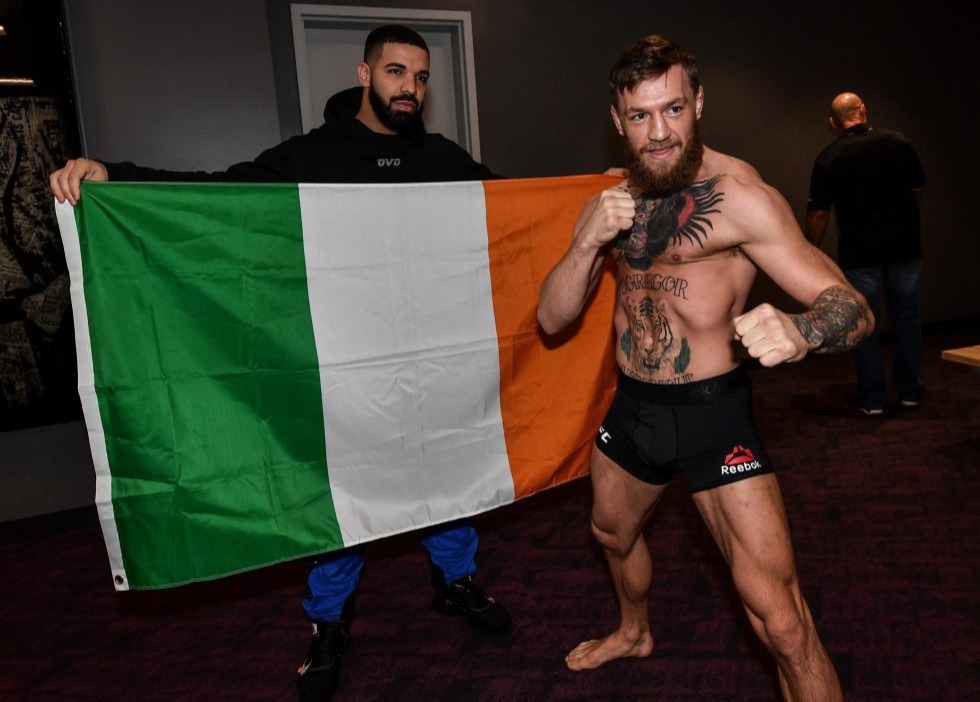 In two posts he gave a close-up of the watch and in another he showed the roulette wheel in action.

Alongside the video he posted a caption that read: "I'm in the studio at the casino, we got red 14 hahahaha we both f***** bro @champagnepapi."

He tagged Drake because the rapper also owns the same watch, and last year shared a photo of him visiting the watchmakers' HQ.

The watch in question is called the Astronomica Casino and is made by Jacob & Co.

The first arm accommodates a ceramic ball, another contains the double-axis tourbillon, a third is for the Roman numeral time display, and the fourth sits on top with 1ct 288-facet Jacob-cut diamond.

A sapphire crystal dome case ensures the ball stays in place, and the roulette wheel is set in motion by a button at the eight o'clock position, which also winds the power reserve for the animation.

The watch also allows owners to pick their lucky number and the wheel rotates in both directions.

Both McGregor and Drake are keen watch aficionados and their respective Instagram feeds are littered with photos of them both showing off their extensive collection.

And £450,000 on a watch is merely a drop in the ocean for McGregor, who is worth £120million thanks to his Whiskey company and fashion line. 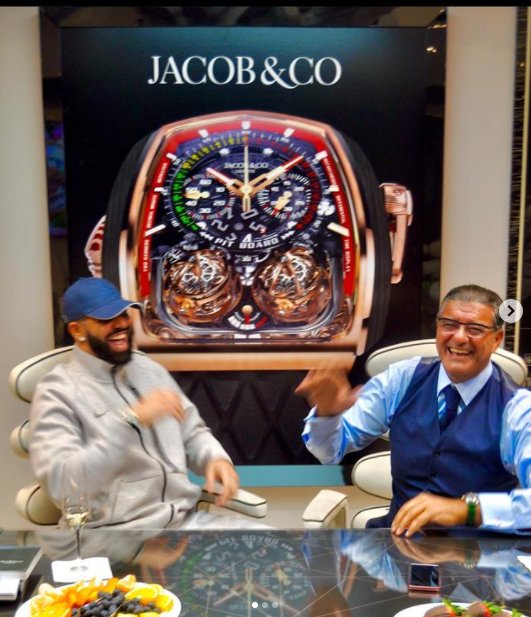