The Brazilian was defeated after being choked out in the second round – but the state of the octagon after the war was the most shocking. 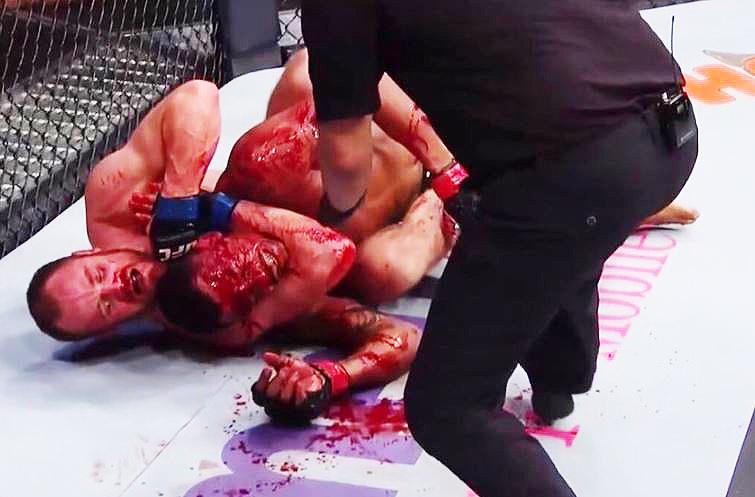 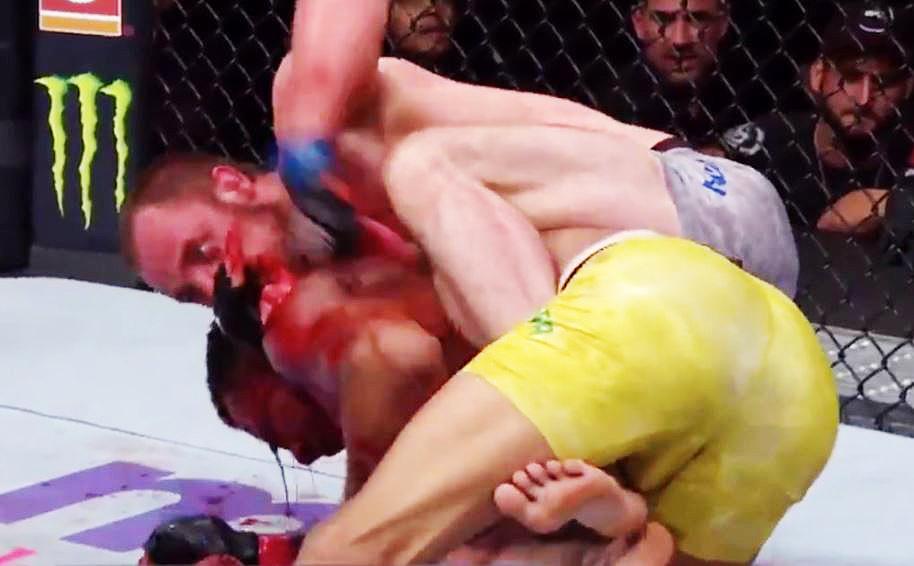 Nelson landed an elbow that split Oliveira's head open just before he tapped out at UFC 231 in Toronto, as blood spilled out.

Oliveira was stitched up after the fight that handed Nelson, who trains with Conor McGregor, his first victory since 2017.

Unsurprisingly, the carnage in the octagon left many horrified on social media.

Twitter user "Omar" wrote that the Brazilian mixed martial artist "tapped from the blood loss" as the rear naked choke "didn't look like it was fully locked in". 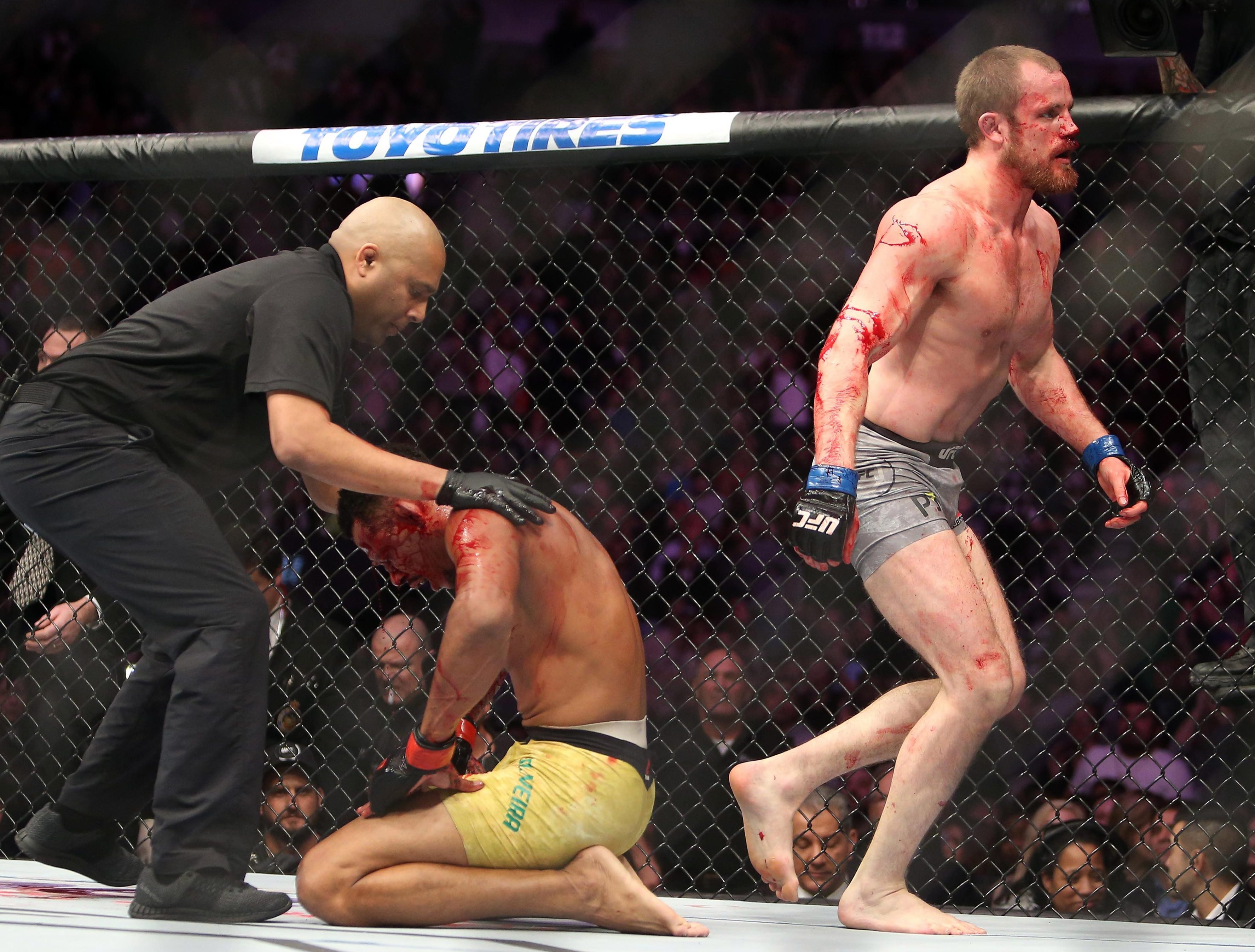 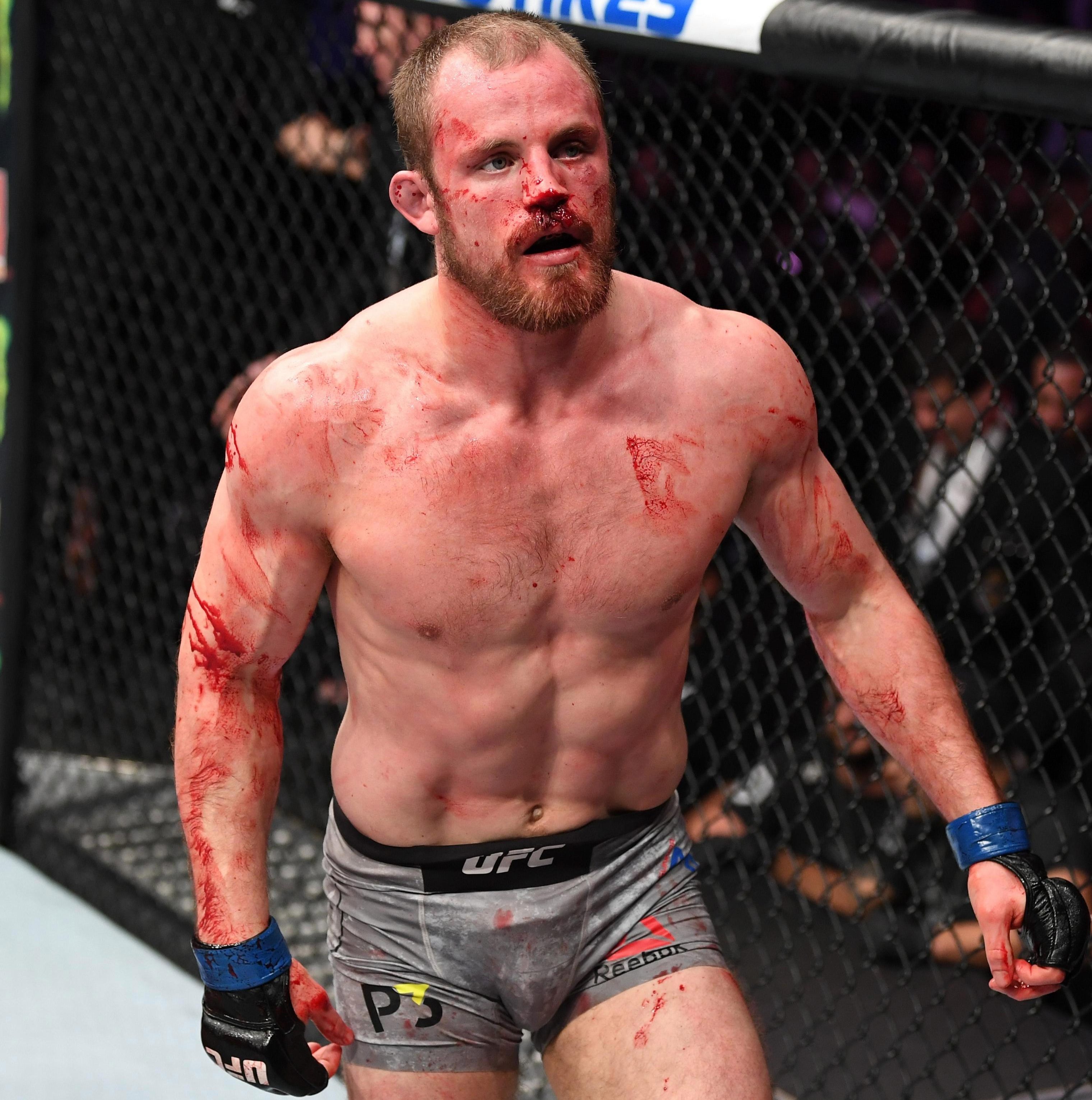 He then added that it was "brutal stuff".

Dustin Barton posted that the fight was "an epic bloodbath", while Robert Sargent described the cut as "one of the worst I have ever seen in  MMA". 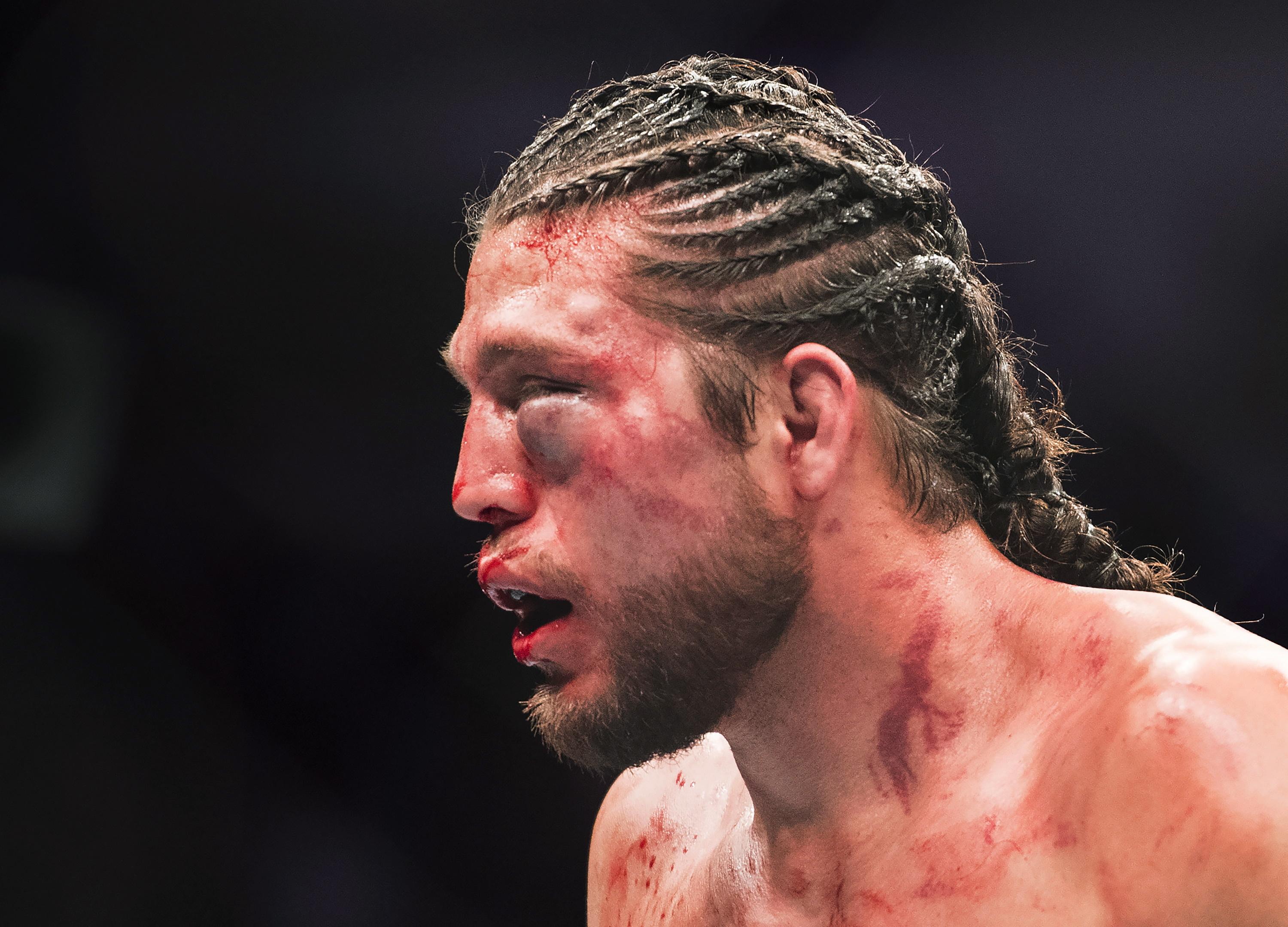 He added that the elbow "surely severed an artery".

Others added that the 30-year-old was "leaking blood" and that the scrap was "one of the bloodiest fights ever".

The main event of the show in Canada was equally as brutal.

The fight was stopped by the doctor after four rounds. Ortega's left eye was almost closed, his face bloodied.

The skills of Holloway, who was returning from an injury-plagued year, were too much for Ortega, who had rallied in the third round but was unable to take Holloway down or use his vaunted jiu-jitsu.